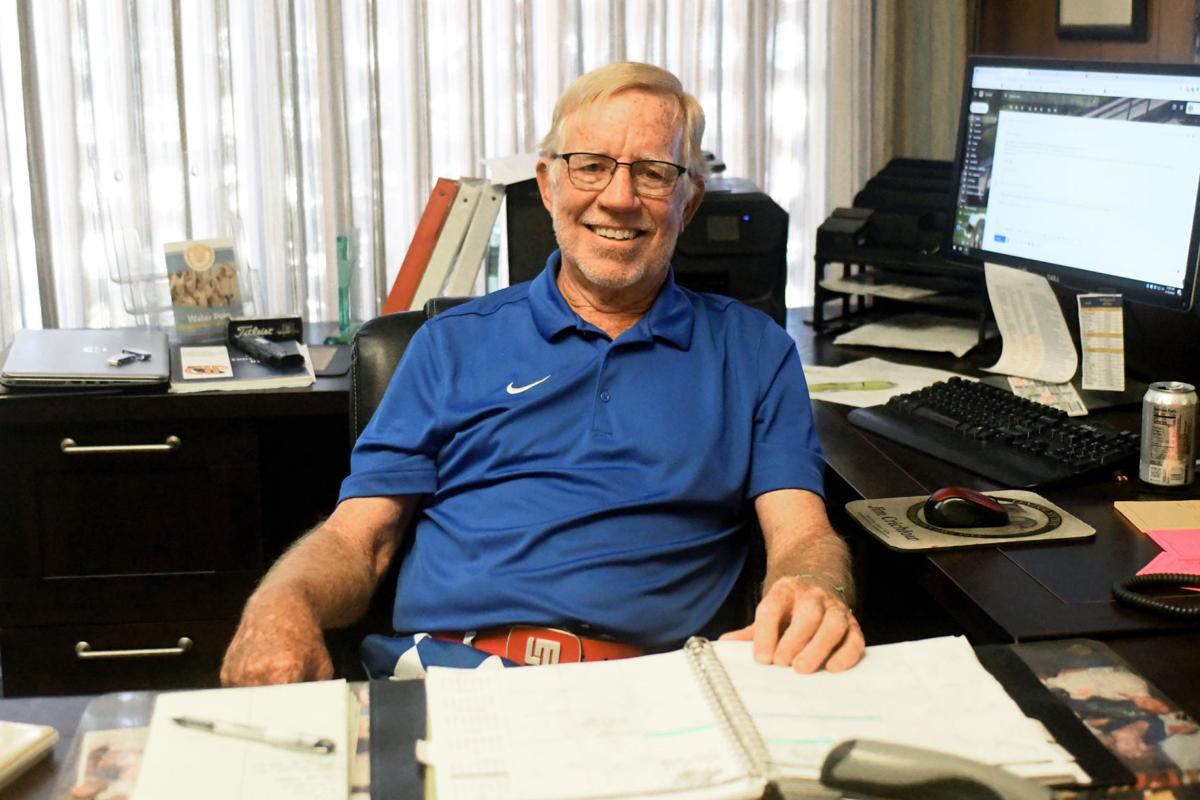 CIF Central Section commissioner, Jim Crichlow, is retiring at the end of the month. Crichlow was the section's commissioner for 19 years. 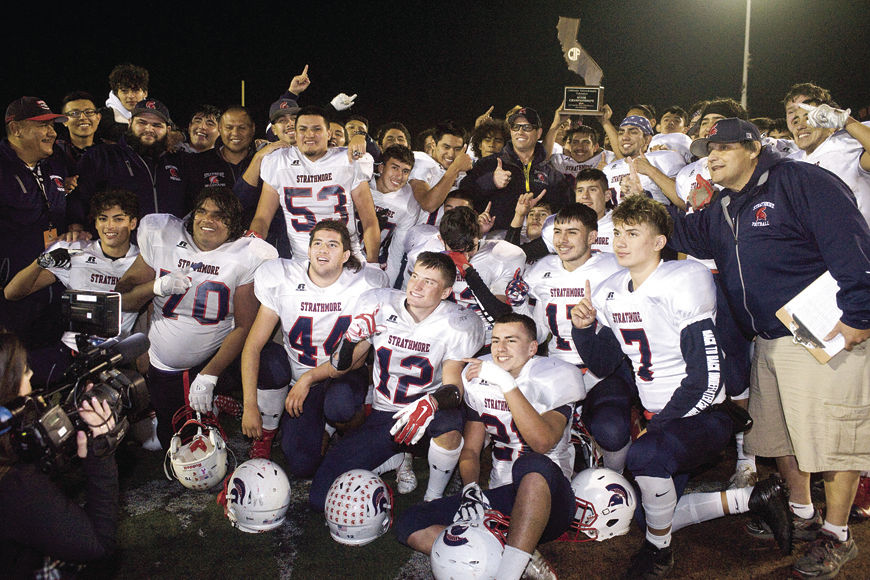 Crichlow's campaign to get teams into the northern region helped Strathmore High School football win a state title in 2017. 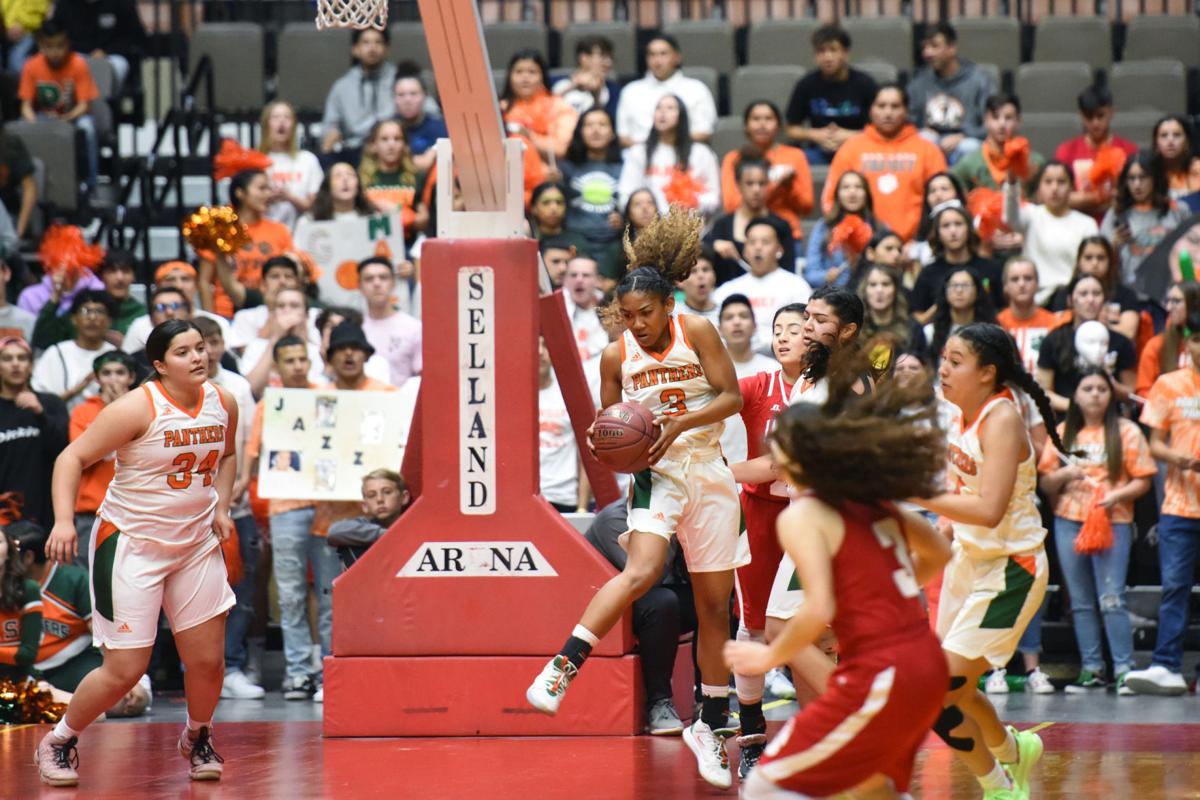 Selland Arena in downtown Fresno was the Central Section's first single-site venue under Jim Crichlow. It's hosted the boys and girls section championship games since 2005.

CIF Central Section commissioner, Jim Crichlow, is retiring at the end of the month. Crichlow was the section's commissioner for 19 years.

Crichlow's campaign to get teams into the northern region helped Strathmore High School football win a state title in 2017.

Selland Arena in downtown Fresno was the Central Section's first single-site venue under Jim Crichlow. It's hosted the boys and girls section championship games since 2005.

Some of his office is already packed up, but where Jim Crichlow sits at his desk, there’s no signs of the CIF Central Section Commissioner retiring anytime soon.

However at the end of the month, Crichlow is saying goodbye.

After 19 years as the head of the Central Section, the Porterville-native is ready to step aside and make the most of his time with his wife in Maui where they have a home.

“I really still enjoy it, I don’t mind coming to work at all,” Crichlow said. “...But I just think the age. Seventy-five and you never know how much longer you’re going to live so it’s time to get out and relax and enjoy some stuff.”

As commissioner, Crichlow accomplished a lot with three of his proudest achievements being competitive equity for division placement, single-site venues for section championships and getting teams into the northern region for the state playoffs.

The latter was key for Crichlow who wanted section teams to have a real chance at the state playoff level.

“It was important because if you think about it, a team from here trying to go play through the southern section with 565 schools plus San Diego, plus LA. At one time it was just over 1,600 schools — 60 percent of them were in the south and 40 of them were in the north. So to balance things out. I started putting stuff forward with ideas to the people in the north, and the south, and the state office. And finally, never got a full vote, but we got to an agreement, OK we’ll start with this and eventually may get there.”

Two examples of teams who benefited from playing in the northern region, and went on to win state championships, are the 2019 Caruthers girls basketball team and the 2017 Strathmore football team.

Crichlow was born in Lindsay and got his first teaching job at Strathmore in 1969, where he also coached football, track and basketball. He said seeing the Spartans win the state championship meant more to him than usual.

“It did, it really did,” he said. “I think just the idea that, yeah, you were there that long ago. And it’s a small town and they get the rap of being a real small town. They didn’t have a real strong football program, the youth football thing was kind of nonexistent. Jeromy (Blackwell) came in, really developed an unreal program for that few of kids over there. So yeah it meant quite a bit to see the old school.”

One of the first moves Crichlow made as commissioner was to move section championship games to a single-site venue. With the help of Fresno County’s then-superintendent Pete Mehas, basketball became the first sport to be played at a single-site venue at downtown Fresno’s Selland Arena in 2005.

“We worked at a common theme like they use at the state office for ours and it worked out,” Crichlow said.

“It’s been good but here recently, because of some tax issues they’ve put on at the city, it’s getting a little bit pricey.”

Volleyball championships have been played at both College of the Sequoias and West Hills College, Lemore, but water polo did move to Fresno State in 2018 when Porterville’s girls water polo team won the Division II Section Championship. Last year water polo championships were hosted by the higher-seeded team because of a scheduling conflict but Crichlow believes more sports championships will move to single-site venues.

“Single-site venues are very important for playoff games as well because it just showcases everybody at one spot,” Crichlow said.

Along with single-site venues, a competitive equity system for each team in each sport was one of Crichlow’s top priorities in his first years as commission. Competitive equity allows teams to move up or down divisions because of records instead of school size.

“If you’re at Edison High School in Fresno, it’s Division I,” Crichlow explained. “Football team, every year they’re 9-1 or 8-2 or 10-0. Girls tennis team hasn’t won a match, literally, in five years. They’re 0-20. That’s not fair they’re in Division I. That was the first thing, what can we do to make things a little bit more competitive and that’s when we came up with the idea, started in 2008, of competitive equity.”

When Crichlow first took over as commissioner, he thought he’d stay maybe 10 years. But now after nearly two decades, he’s finally ready to go while looking almost the same as when he started thanks to the kids keeping him young.

“As I said early on, that’s what keeps me young,” he said. “I’ve seen some of my former students who are now in their early 60’s and they look like they’re 20 years older than I am. They’ll say, ‘You haven’t changed in 25 years.’ Well, I think part of it is because I’m around young people all the time.”

Crichlow grew up in Porterville and was a three-sport athlete at Porterville High School before continuing football and track at Porterville College. He got his degree at San Diego State and then came back home to the area he believed would be a great place to raise a family.

Dabbling in nearly everything, Crichlow’s career and significance in the area started early when he was a teacher-coach at Strathmore, then in 1974 as a teacher-coach at Monache before later becoming the Marauders’ athletic director. His commitment to area athletics also extended to his work with Monte Moore as the sports director for KTIP where he helped broadcast games and report on the previous day’s games for 15 years.

With more than 50 years in sports, Crichlow has learned and done a lot for the community and section. But it’s the people he’ll miss the most when he finally says goodbye.

“The media, you guys and gals have been just tremendous in helping us promote kids and everything,” Crichlow said. “It’s sad to see the media is dissipating and so I’m going to miss that. I’m going to miss all the good people, athletic directors and the board managers, and the kids.”

In Maui, Crichlow said he looks forward to taking a step back and enjoying the gorgeous golf courses with their ocean views. However he predicts he’ll be back to work soon, only in a much different setting.

“Even as relaxing as it’ll be over there, I’m sure I’m going to still have to do something,” Crichlow said. “I’m going to go to — there’s three golf courses within four, five miles — and see if I can get a part-time job behind the counter or cleaning carts or mowing lawns or something.”