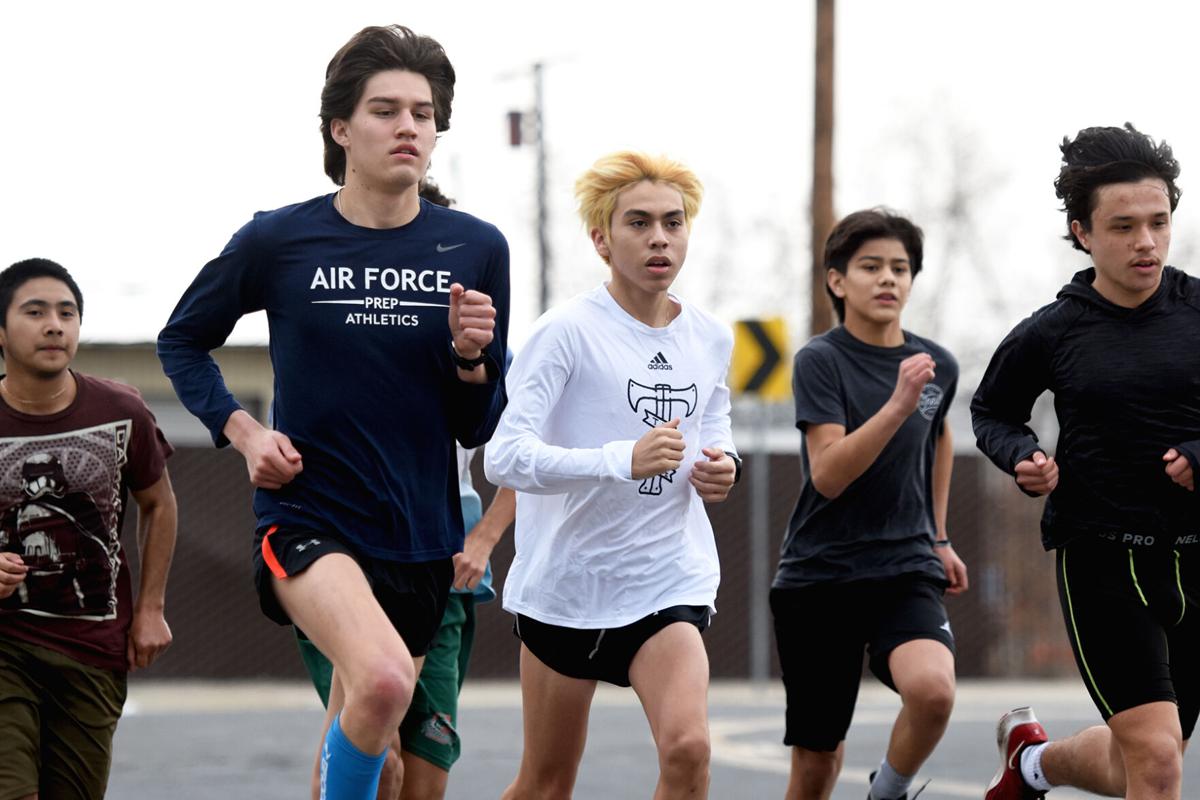 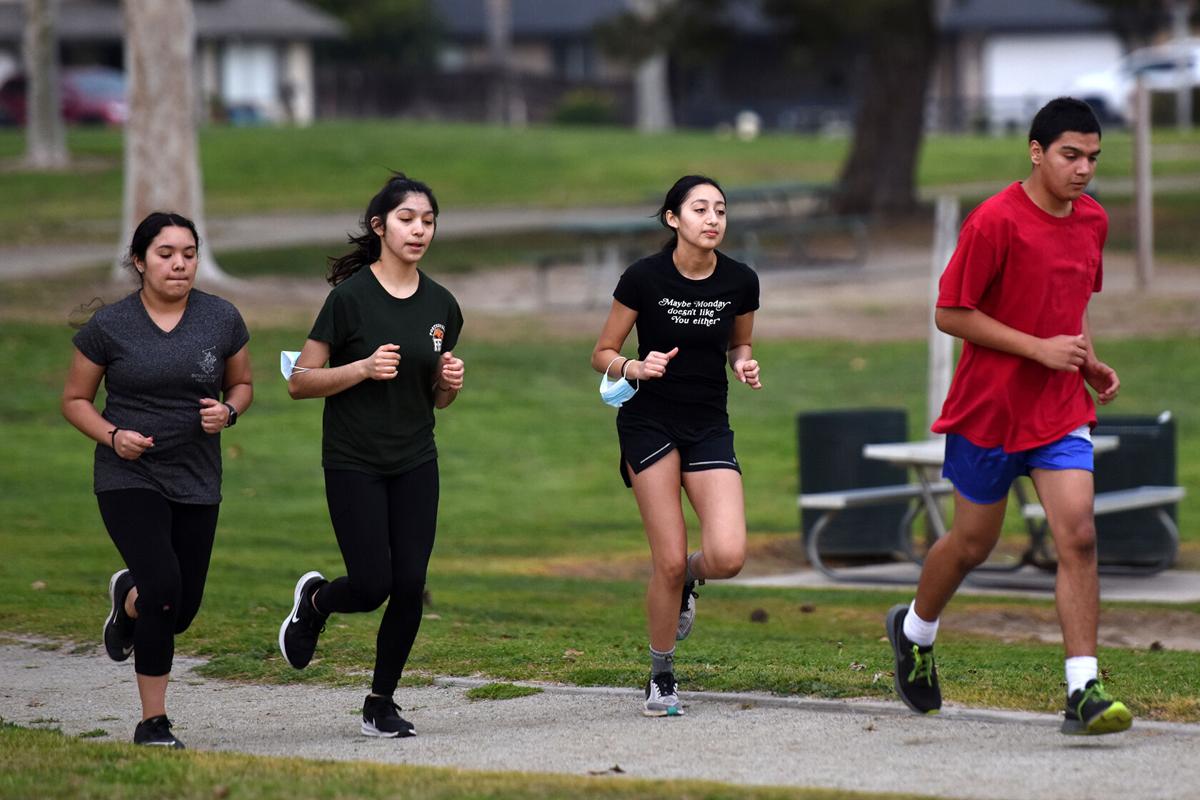 Porterville High School's cross country numbers are down but they will have enough runners for both girls and boys varsity.

Porterville High School's cross country numbers are down but they will have enough runners for both girls and boys varsity.

After months without high school sports, the Orange Belt is back in action.

Porterville High School cross country will be the first team to participate in a sports competition with today’s East Yosemite League meet at Tulare Western. Spectators are not allowed on campus.

With 11 months of practice, PHS head coach Juan Jimenez said the team’s focus is on getting its racing legs back.

“Right now, we’re focused on getting a race, just getting our racing legs back,” Jimenez said. “It’s one thing (when) you run, and you run, and you train. But those are not competition lungs. So the trick is going to be to make sure these guys don’t (exhaust themselves) in the first two miles.”

Like many teams across the state and nation, COVID affected the Panthers’ numbers. Porterville has 21 runners this year but had double that in 2019. Fortunately, they will have enough to field complete boys’ and girls’ varsity team.

The Panthers boys boast the most numbers and returners with several runners back, including seniors Josh Meneses and Ethan Rangel; juniors Josh Jimenez and Misael Lopez; and sophomore Dominic Welsh.

“(Meneses has) had good training going, and we look forward to some good times from him,” Juan said. “Josh Jimenez took a big step forward, as did Ethan. Our 1-2-3 punch is pretty good.”

The coach also said Welsh, who was last year’s “fab freshman” in the No. 7 spot is now the team’s No. 4 while Lopez is running around the No. 5 spot.

Moving up from last year’s freshman-sophomore team is Andres Rodriguez. The sophomore grew six inches and is aiming for the top seven.

“He’s got the fire,” Juan said. “He’s got that fire. He wants to be good, and he trains that way. He’s just a sophomore but...he’s got some potential. Some real potential. And you throw him into the fire; he’s never going to quit on you. So I like that.”

Sophomore Itzel Ferrer, who went to Harmony and ran for Strathmore last season, is the Panthers’ top new runner.

The Panthers are coming off an outstanding 2019 season that saw the boys win the Div. IV Central Section championship -- the first in program history -- and the girls take eighth in Div. III.

Unfortunately, because of shortened seasons due to COVID-19, section and state playoffs were canceled in mid-January, so the Panthers won’t have a chance to defend their title.

Jimenez said not getting a chance to repeat bothered the team, but it won’t define their season.

“I’ll be honest with you; there was a letdown,” coach Juan Jimenez said. “For me, no. From a coaching standpoint of view, competition’s competition. You’re competing to be the best you can be, period. The Valley championships and all that stuff are the byproducts of all your training and all that good stuff. Yeah, would we love to have an opportunity to be Valley champs again, repeat? Sure. It takes a little bit of the luster of the season away.”

Porterville will get plenty of competition in EYL where crosstown rival, Div. I Monache has been dominant. Last year, the Marauders’ boys beat the Panthers out for first in EYL and their ninth-straight league title. Monache’s girls also won their eighth straight-EYL title while Porterville placed third.

The two teams will meet on March 16 at Veterans Park for their EYL dual.