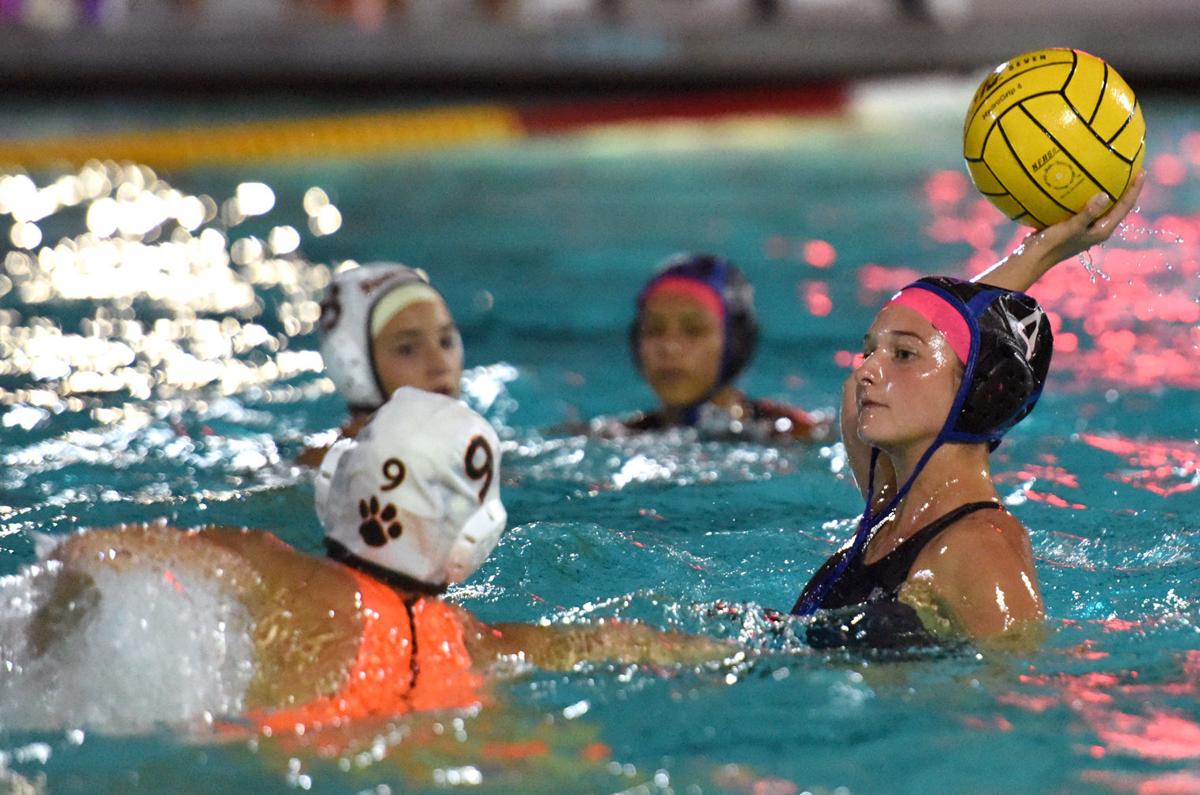 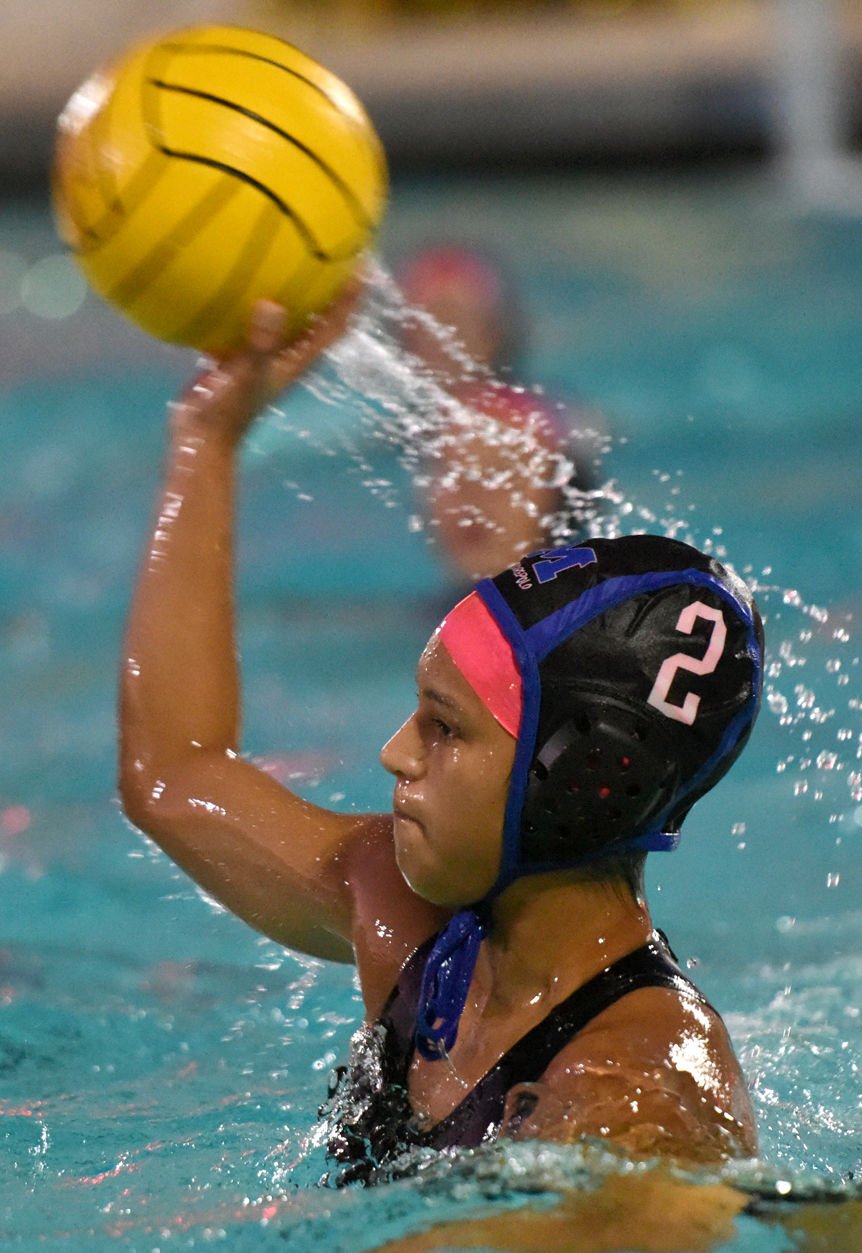 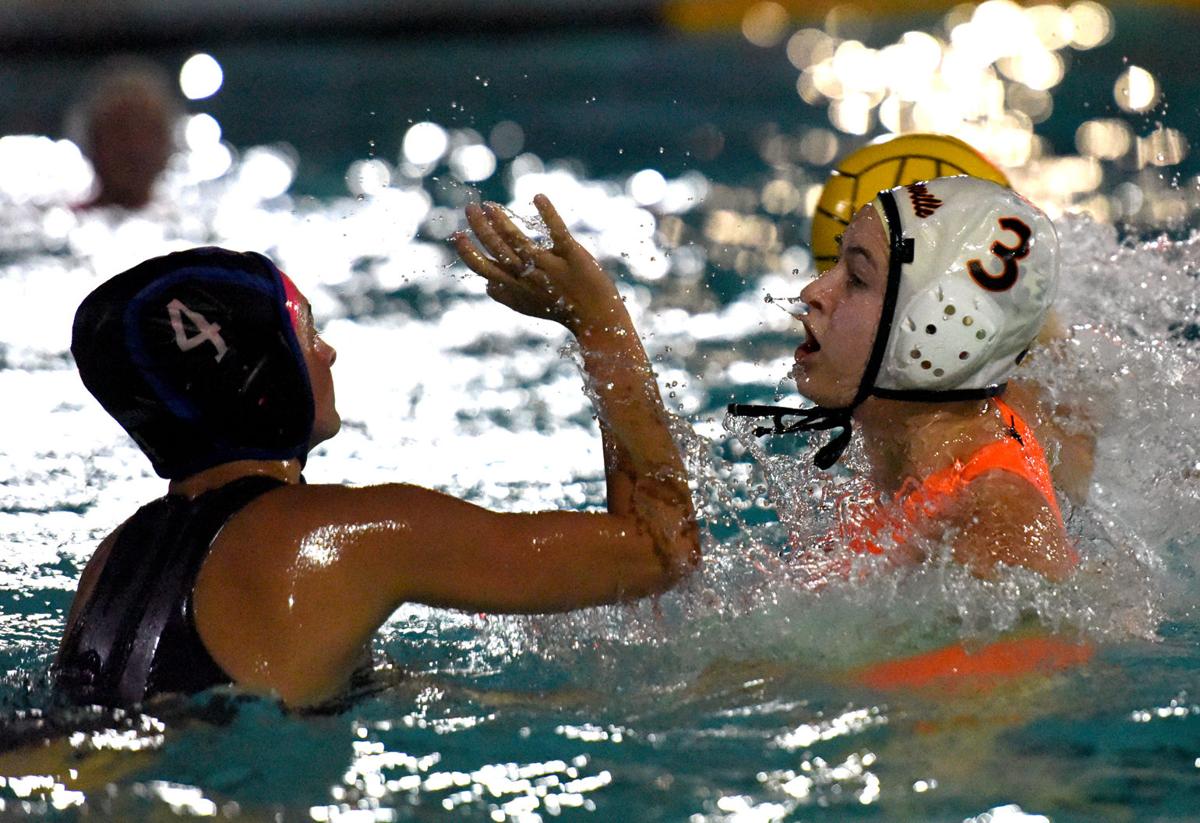 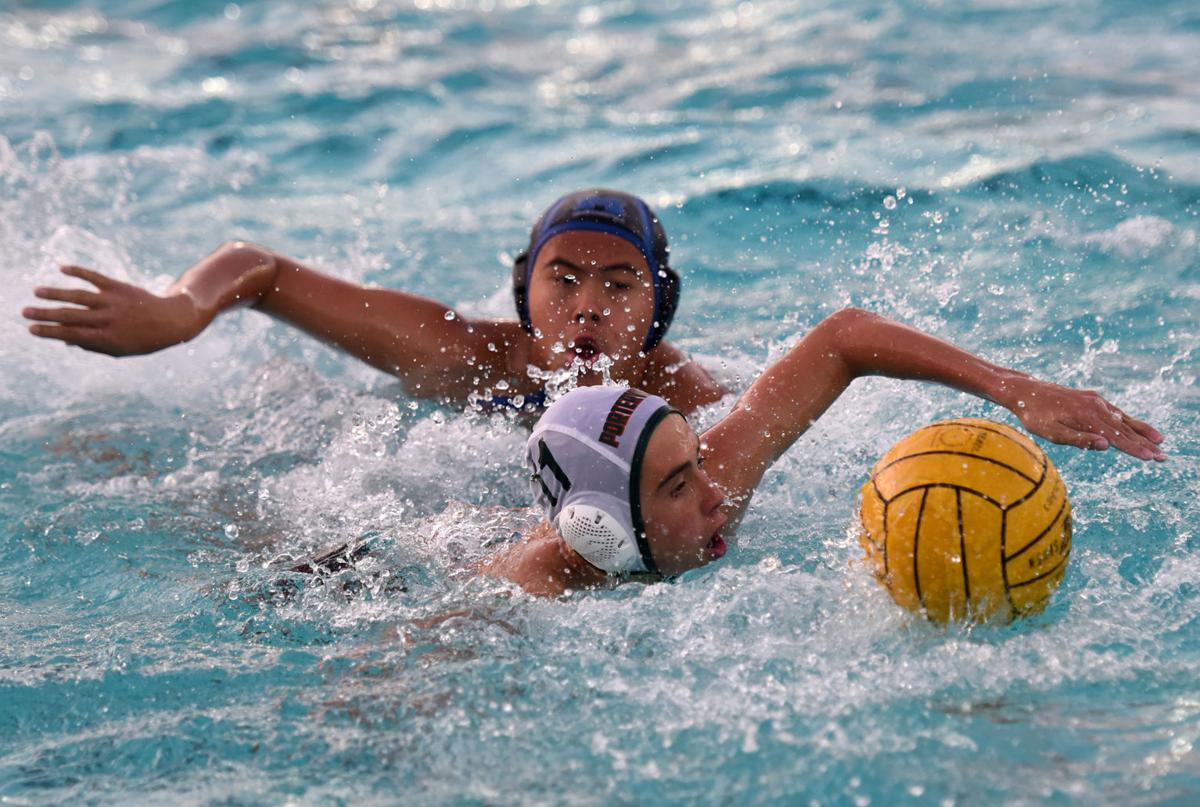 Porterville High School's Dylan Wiggins (11) and Monache's Makai Inoue (15) go after a ball during the second half of a game, Thursday, Oct. 31, 2019, at Monache High School.

Porterville High School's Dylan Wiggins (11) and Monache's Makai Inoue (15) go after a ball during the second half of a game, Thursday, Oct. 31, 2019, at Monache High School.

For the second time this season, Monache High School girls water polo got the best of rival Porterville.

The 12-8 comeback win on Thursday is one people won't soon forget considering it's the first time most remember the Marauders beating the Panthers twice in East Yosemite League competition.

“I started high school in 2006, at Porterville, but I can't remember a time,” MHS head coach Kyla Conway said. “So unless there's one that I'm not thinking of, it's been at least 13 years. I don't know before that — Monache's had some really good teams. But yeah, these girls, they did it. They did really well.”

Playing at home on their Halloween Senior Night the Marauders (19-4, 6-2 EYL) were down 5-3 to start the second half. But two quick goals from Claire Schrein and Regan Azevedo, respectively, in the first 40 seconds of the third quarter tied the game at 5-all.

Porterville (5-3 EYL) regained the lead just 20 seconds later on a goal from Johanna Scheer, who was leading the team with four goals through three quarters of play. But it would be the last goal for Scheer, after the Panther got her third ejection with 3 minutes, 50 seconds left in the quarter for entering at the 2-meter (red) line instead of the goal (white) line.

PHS head coach Evan Thomas protested the ejection but after the game was stopped for 10 minutes for the discussion between Thomas and the refs, the ejection stood and Scheer was done for the night.

In the final two and a half minutes of the game, Monache scored four goals with Schrein accounting for three — including the game-winning goal she scored from the middle of the pool with three seconds left.

Monache controlled the game in the fourth with Schrein, Ava Lobue, and Nevaeh Castillo each getting a goal to add to their lead while Porterville's Madison Bounds' goal in the second minute was the Panthers last goal of the game.

Lobue finished with four goals after scoring all three of the team's first-half goals.

“The last game she had two kick outs (ejections) real quick in the first quarter so she didn't get to play a whole lot, so she was excited to come out and play the whole game,” Conway said.

Also for the Marauders Schrein led the team with five goals, Azevedo had two and Castillo had one. In the cage, goalkeeper Infinity Dignam picked up several key saves late in the game and was “amazing.”

“She was so good tonight,” Conway said. “I mean she is amazing. The best I've seen her play. Really good.”

Scheer's four goals was a team-high for the Panthers but Bounds, Karlie Patch, Emily Herrera, and Alyssa Bodoh each chipped in a goal. Bounds and Claire Lee led the team with two steals and goalie Ahna Davis finished with nine blocks.

Monache graduates six seniors this season and after the game Conway spent time with each one.

The Marauders finish the season second in EYL behind Garces Memorial (20-5, 7-1 EYL), a team they could meet once again in the Central Section Division II playoffs. Both the Marauders and the Div. I Panthers' await Saturday's seeding meeting to see how and where they'll start the postseason.

“As of now I know there's Garces, it's always fun with them,” Conway said. “I mean we're just going to wait and see where we're seeded and then wait to see who we play, and just take it game by game. That's all you can really do.”

Porterville boys water polo completed the series sweep of Monache with a 18-6 win over the Marauders in Thursday's East Yosemite League game on the road.

The Marauders' Jared Ojeda led the team with three goals. Aiden Grigsby, Cohen Cotton and Nicholas Ervin had one goal each.