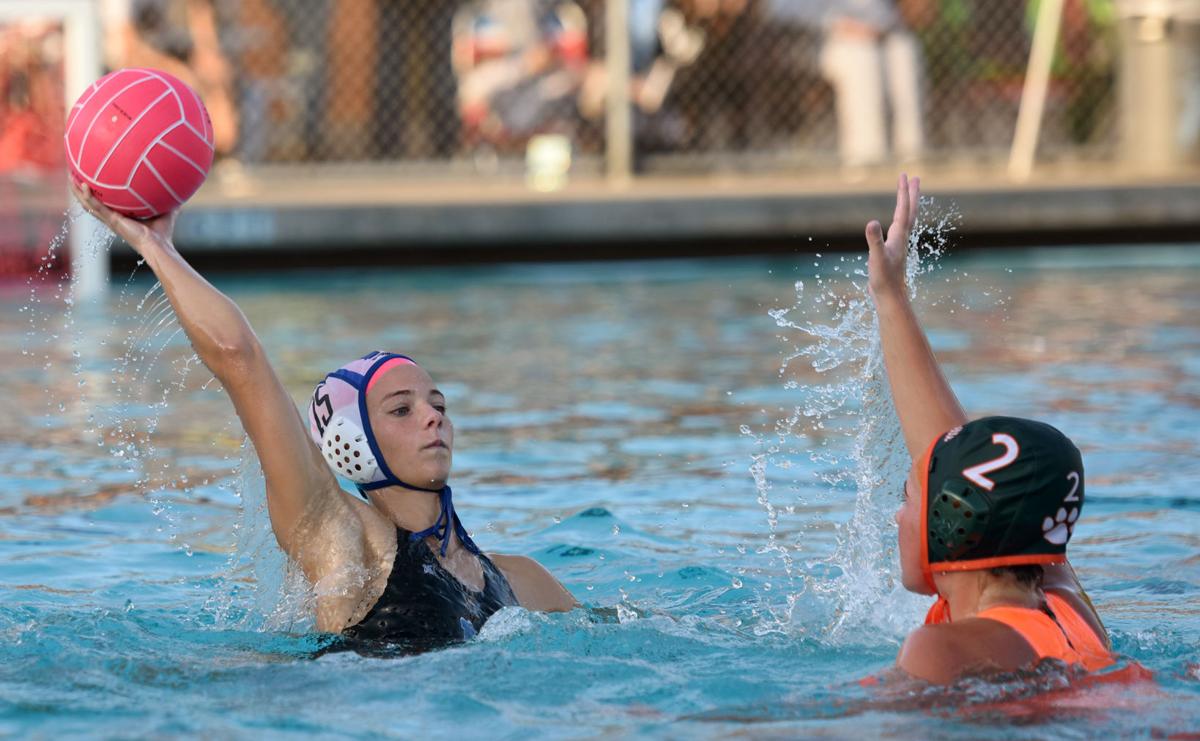 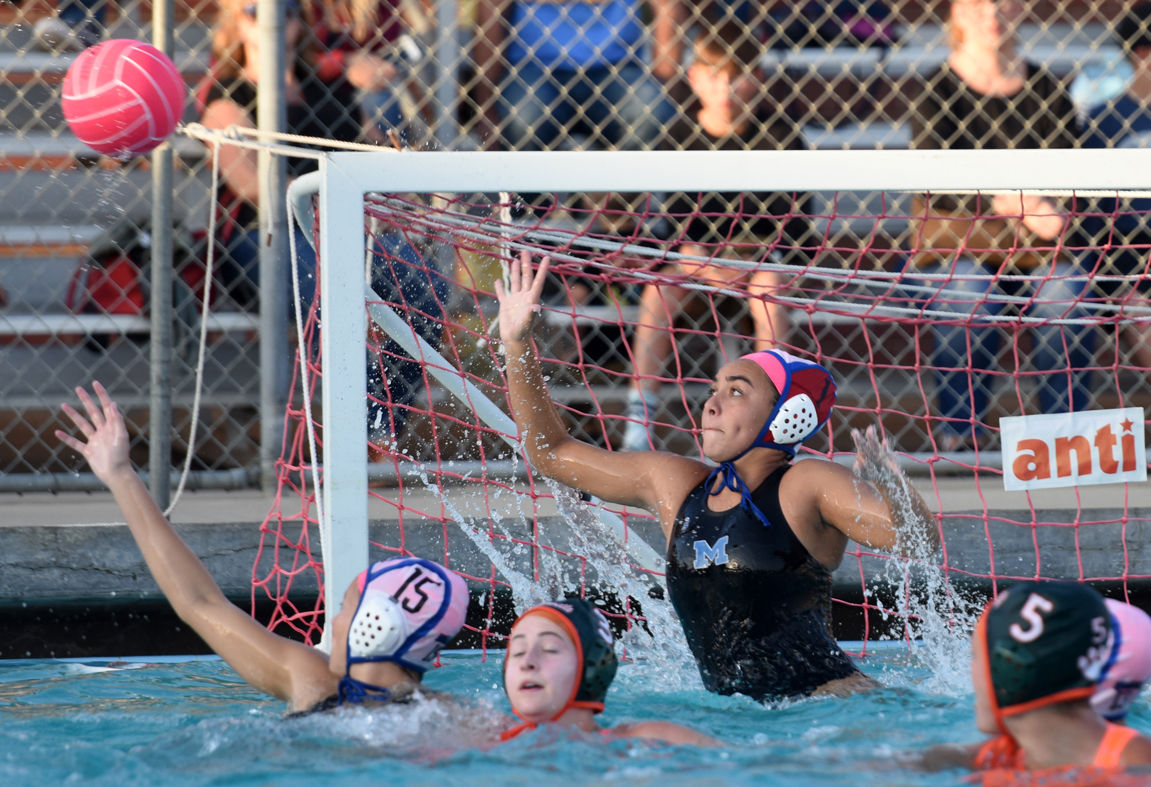 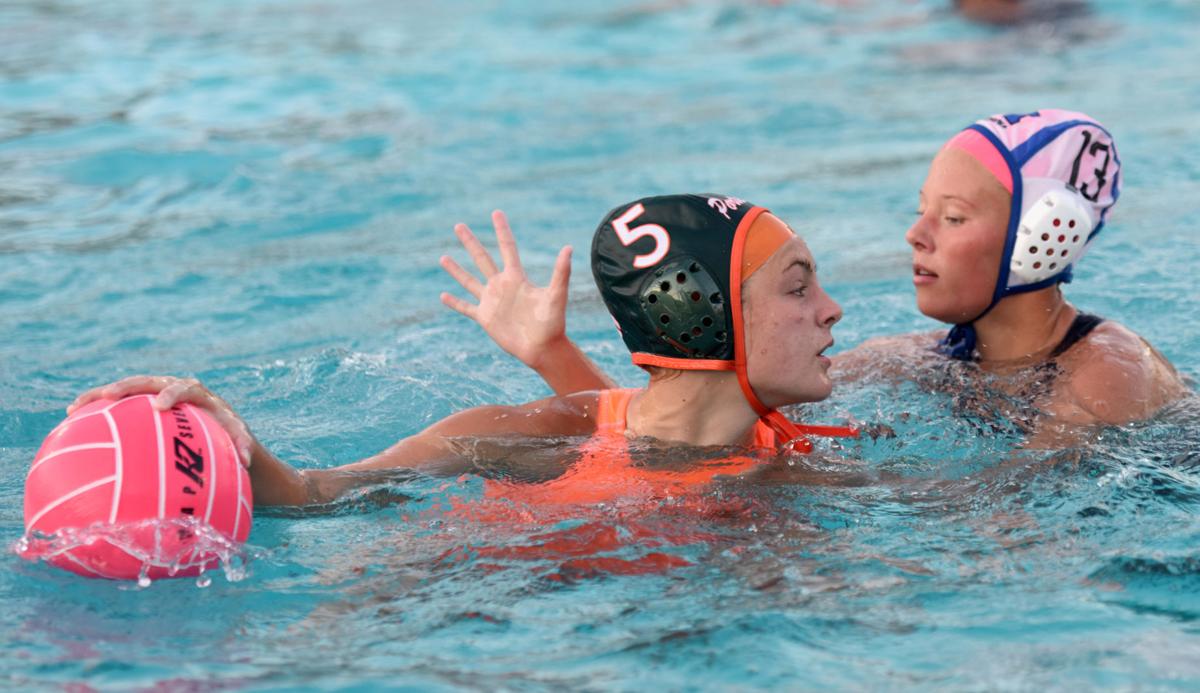 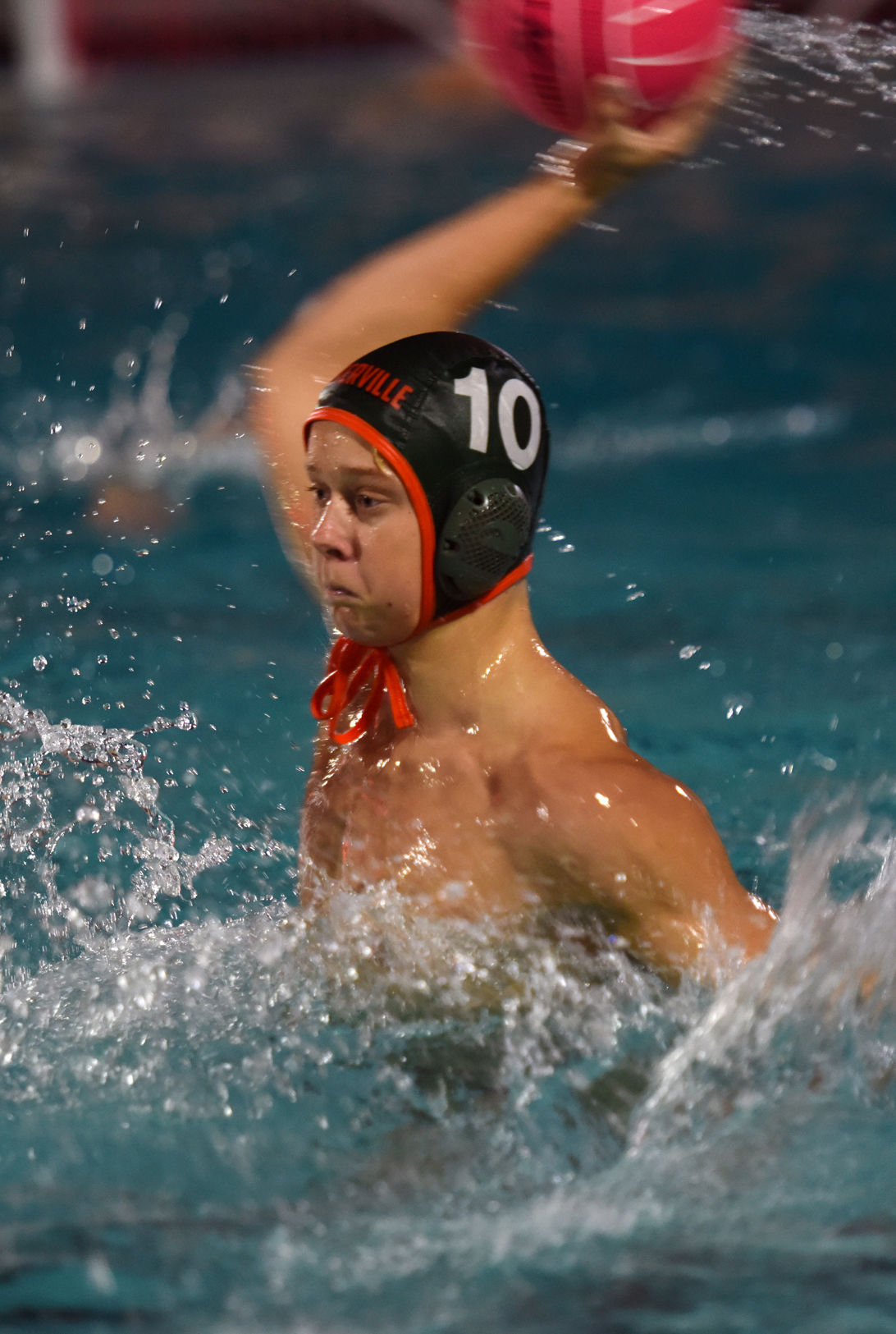 Rivalry week made its way to the pool Monday with Monache High School girls water polo claiming round one against Porterville.

The defensive-minded Marauders (16-2, 3-1 EYL) held off the Panthers 8-6 at Porterville for their first East Yosemite League rivalry win since 2017 — the same year Monache made a Division II Valley championship appearance.

There were hugs all around from MHS head coach and Porterville grad, Kyla Conway, who called the win “fun” and “weird”.

“It's a little weird but it's a great group of girls and it's my privilege to coach them,” Conway said. “Watching them get excited and get that win today is what made it fun for me.”

Monache's Claire Schrein and Infinity Dignam became two keys to the game with Schrein scoring a game-high five goals to lead the offense, as well as grabbing one steal and drawing three ejections. In the cage, goalkeeper Infinity Dignam had 10 “crucial” blocks according to Conway.

In the second quarter, Schrein pulled up from the middle of the pool and scored an outrageous goal that put the Panthers on notice and tied the game at 2-all.

“It's just kind of funny because if anyone else had shot that I'd be like, 'Ahhh!',” Conway said. “And then Claire knocks it in there. She's clutch.”

Monache took their first lead against Porterville in the second quarter after MHS Tracy McCoy and Schrein's goals tied then gave the lead to the Marauders. But just before the quarter could close Porterville's Alyssa Bodoh's gentle floater over Dignam's head tied the game 4-all for the second time.

The game started developing in Monache's favor in the the third quarter when another goal from McCoy gave Monache the lead then MHS Kalina Weaver scored the game-winner less than a minute later.

Porterville's Johanna Scheer scored 10 seconds later after Weaver's game-winner but it would be the last goal for the Panthers as Schrein put a bow-tie on the win with the final goal in the fourth quarter.

The Panthers had opportunities to score in the final minutes of the game but on four of their last five possessions, they turned the ball over. On the the other possession, Dignam blocked the Panthers' shot.

“I always tell my girls, defense wins game,” Conway said. “So when you're up, you don't need to score again, they just can't score. They're the ones that have to score, we just have to play good defense. And defense won the game tonight. They executed everything they're were supposed too. I literally could not be prouder of them.”

PHS head coach Evan Thomas said he thinks his team started to rush things too much when they began trailing and that the rivalry played a part in the rush along with the score.

“We had played them before and it had went to sudden death,” Thomas said. “I thought this was a great game as well, it was close the whole game. We match up pretty evenly. They got us this time but we definitely want to get them next time. But I think that definitely plays a part, it being Monache.”

With the win, Monache, Porterville and Garces Memorial make up a three-way tie for first place in EYL.

The next round of EYL begins for Monache Thursday when they travel to Tulare Union, while Porterville has the weak off before heading to Tulare Western on Monday, Oct. 21.

Trevor Riley led the team in scoring with seven goals while Garret Lamb followed with four. Carson Wallace and Ethan Merritt each had two goals while Levi Davis and Isaac Gutierrez had one apiece.

The Panthers led 8-0 at halftime and didn't give up a goal until the fifth minute of the third quarter. Porterville allowed one more goal in the third quarter before scoring seven straight to end the game.