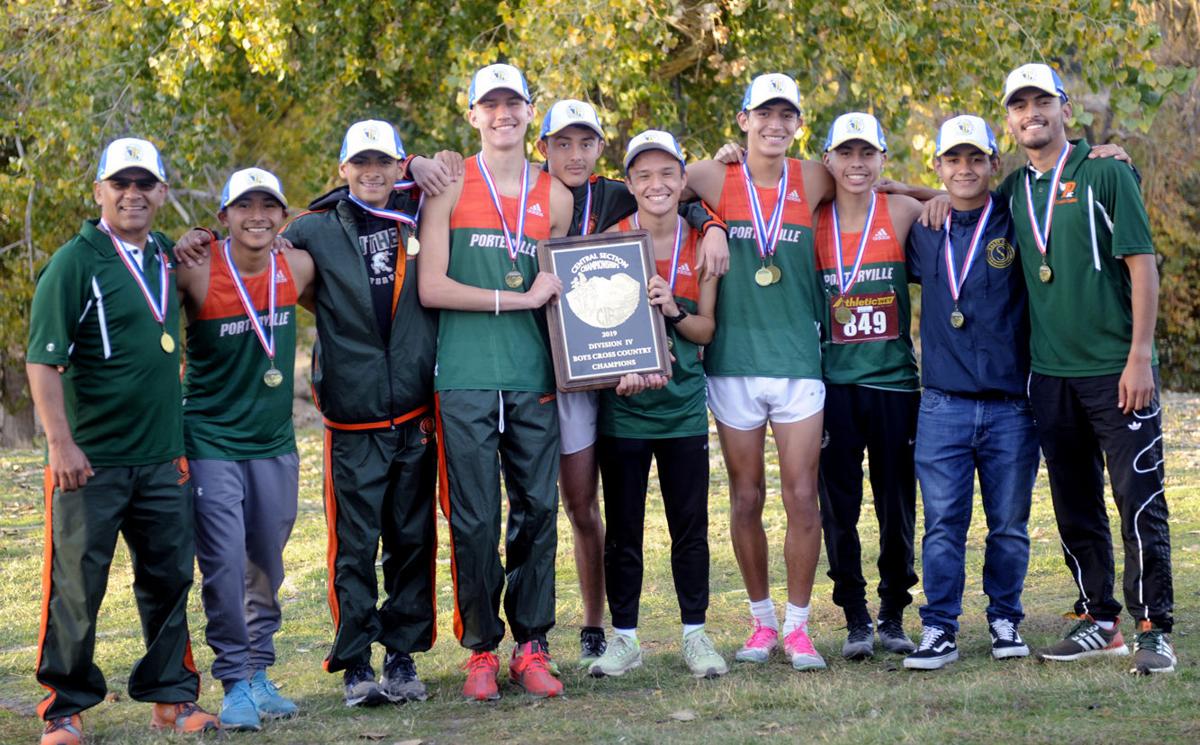 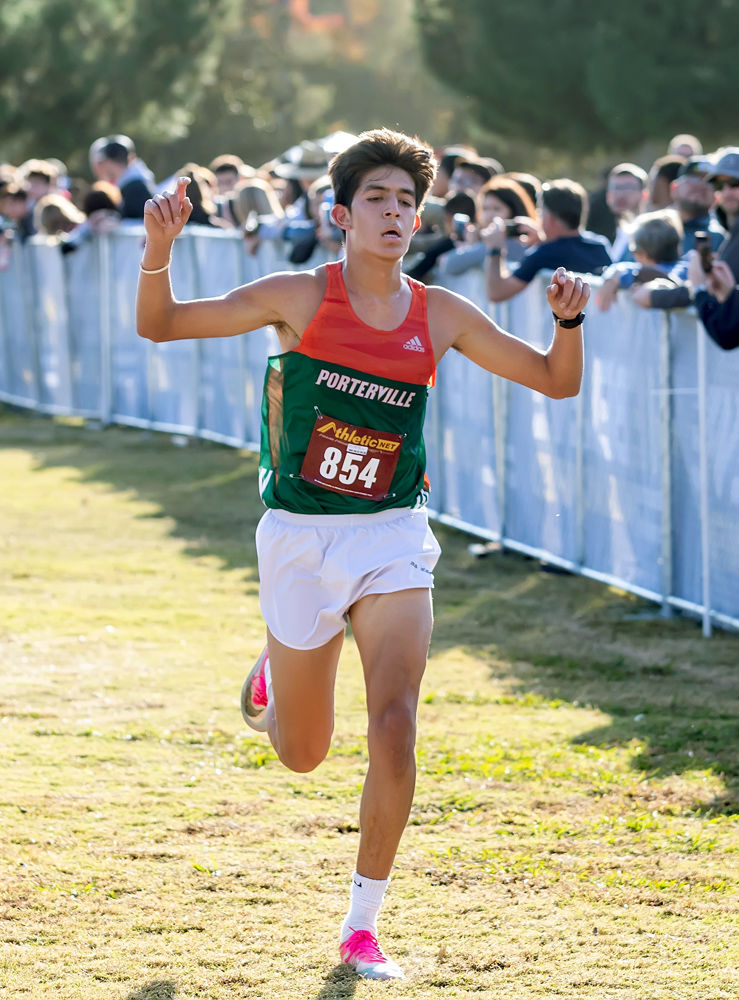 Porterville High School's Jorge Sanchez crosses the finish line as the CIF Central Section Division IV individual champion in a time of 16:42.66 for the 5,000-meter race, Thursday, Nov. 21, 2019, at Woodward Park in Fresno. 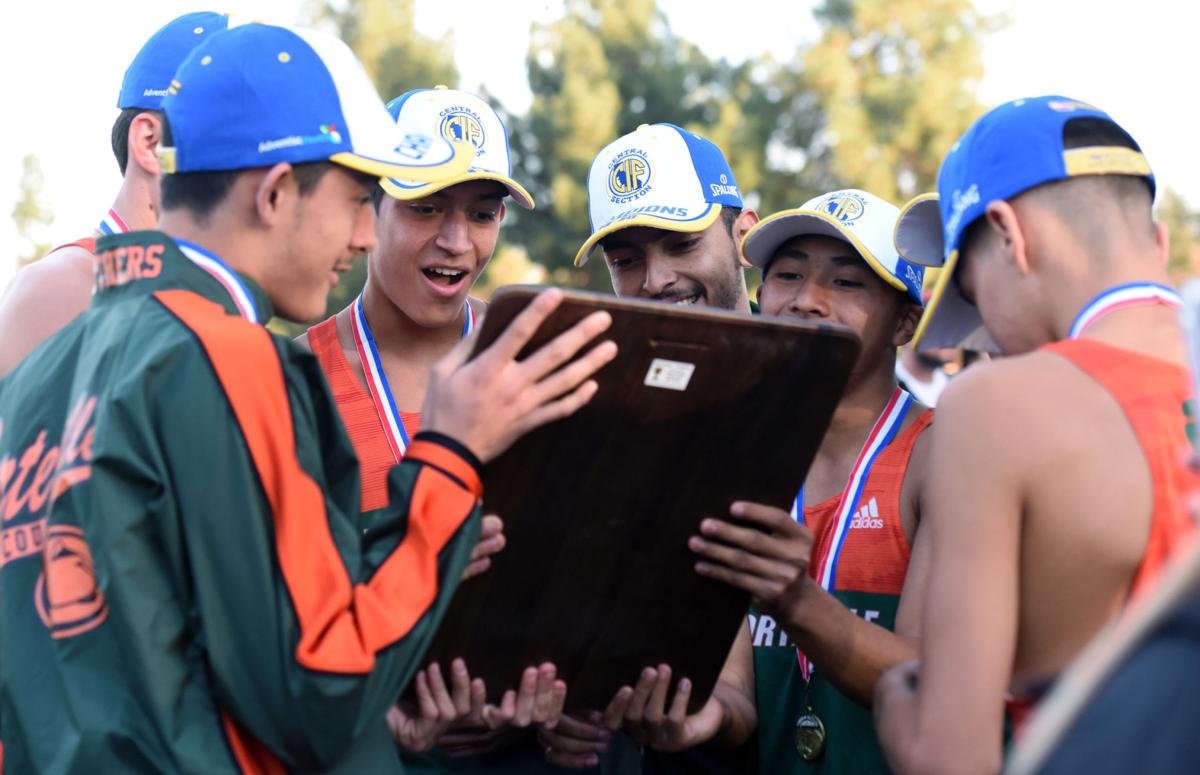 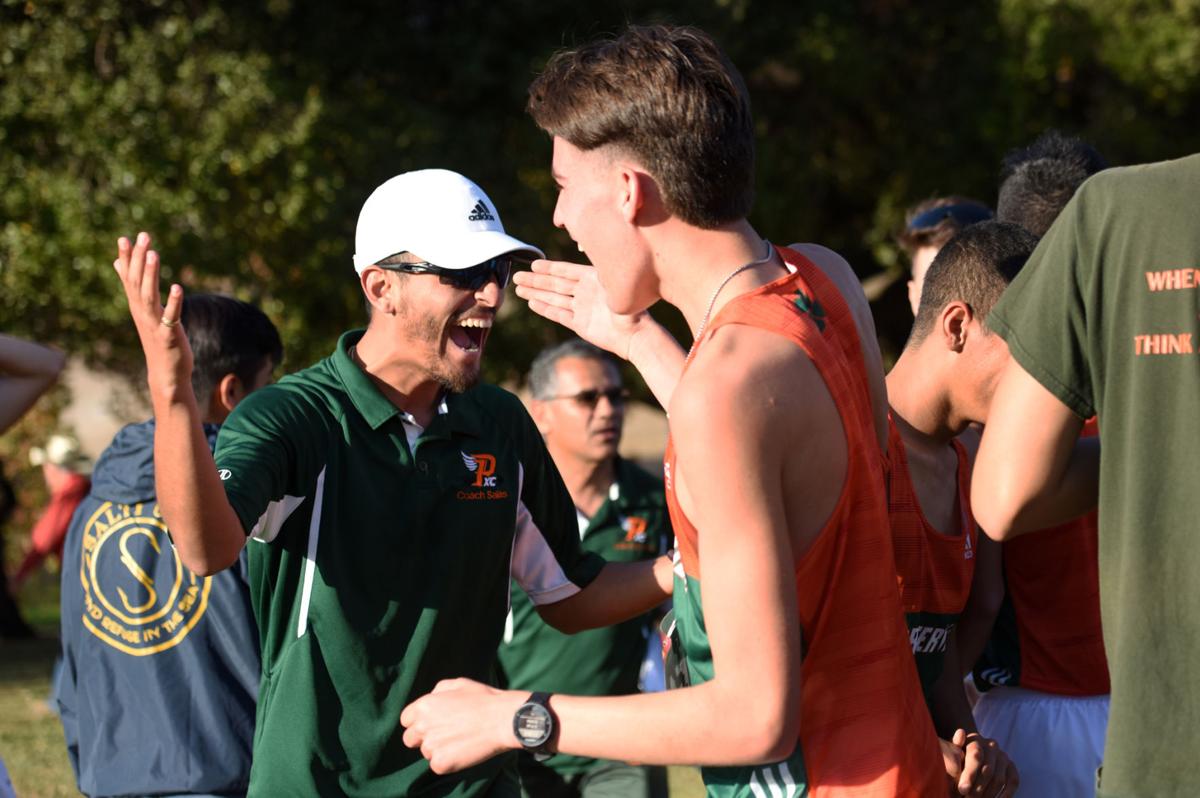 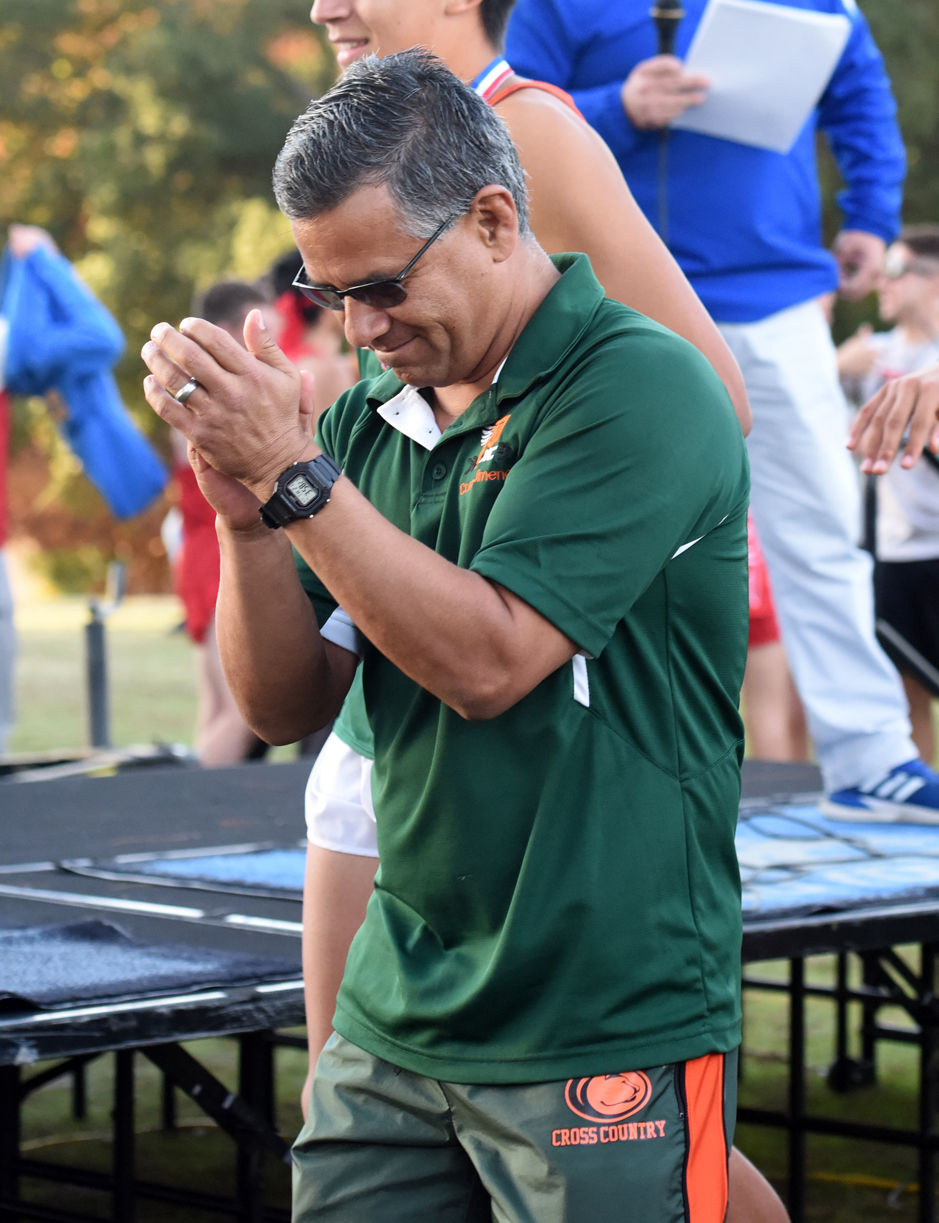 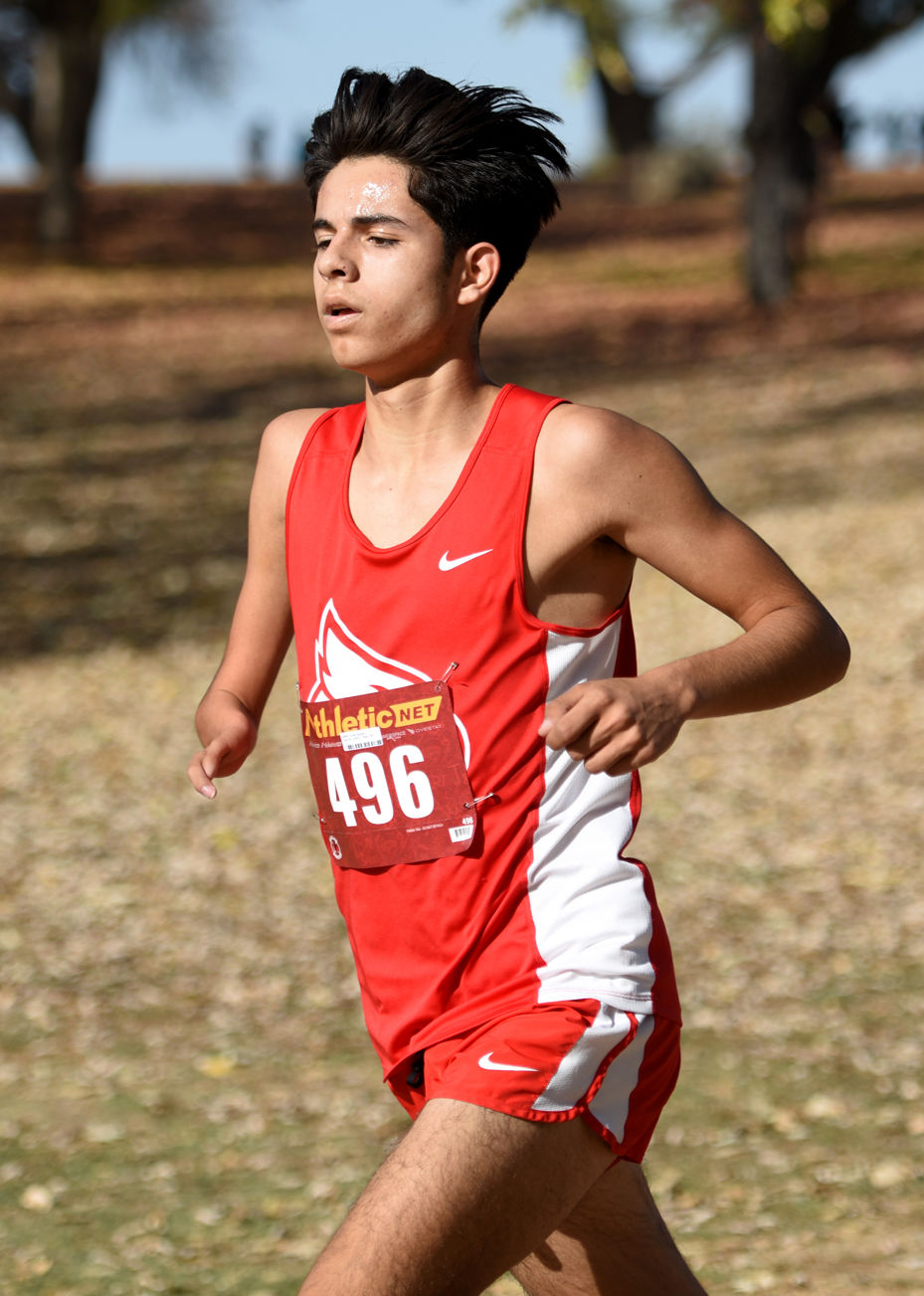 Porterville High School's Jorge Sanchez crosses the finish line as the CIF Central Section Division IV individual champion in a time of 16:42.66 for the 5,000-meter race, Thursday, Nov. 21, 2019, at Woodward Park in Fresno.

FRESNO — All season the talk around the Valley was that Porterville High School boys were going to win the Central Section Division IV championship.

On Thursday the Panthers did that and more with Porterville’s Jorge Sanchez placing first to win the city’s first individual boys title since as far back as anyone can remember Thursday at Woodward Park in Fresno.

The senior finished the 5,000-meter race in 16 minutes, 42.7 seconds. It wasn’t a personal record, but the first-year runner led for nearly the entire race — except for when he got lost.

“I’m like, ‘Oh my God!’,” Sanchez said. “I had to turn around and just like go down this sketchy part that wasn’t even (part of the course) and by the time I got back, the guy that was in second was ahead of me so I just had to like make that up. It made it even more painful but...it didn’t go how I wanted but it’s a win.”

Despite getting lost, Sanchez still finished 13.6 seconds ahead of Chowchilla’s Connor Borba (16:56.3, 2nd) to claim the Valley title. The accomplishment is still something Sanchez hasn’t processed yet.

“I don’t know,” Sanchez said. “Since I came out, it’s just been going by really fast. I don’t think I’m going to realize this until later.”

“We trained all summer and we’ve been looking forward to this moment,” Meneses said. “We put in all the miles, we worked our butts off to get to this position. All we could do is come here and do what we know how to do.”

The Panthers return to Woodward Park next Saturday, Nov. 30, for the CIF State Championship meet.

“I’m just speechless, I don’t know what to say,” PHS head coach Juan Jimenez said. “Kids did a phenomenal job all season long. To go from where we were at last year to this, in this short of time. You always as a coach are hoping it happens, but it doesn’t happen all that often. A lot of things happened right for us.”

Staying with the front pack and earning a spot at next week’s state meet was Lindsay’s Lionel Aguayo in the Central Section Division III race.

The senior ran a personal record 16:55.25 to place fifth and punch his state ticket.

“I thought I did pretty good,” Aguayo said. “Like best race I’ve had so far. I just gave it all I got. Knowing that it’s my last race of senior year. It just made me go all out.”

He added, “It was pretty tough but I just had a good mindset today and that’s what got me through the race.”

Next week will be Aguayo’s second trip to the state meet after the Cardinals went as a team last year in Div. IV.

In their first season as a Div. III program, Lindsay placed 15th overall with a team score of 324.

For their first season in Division I, Monache boys placed ninth with a score of 185.

For complete results for all division races, go to Athletic.net.