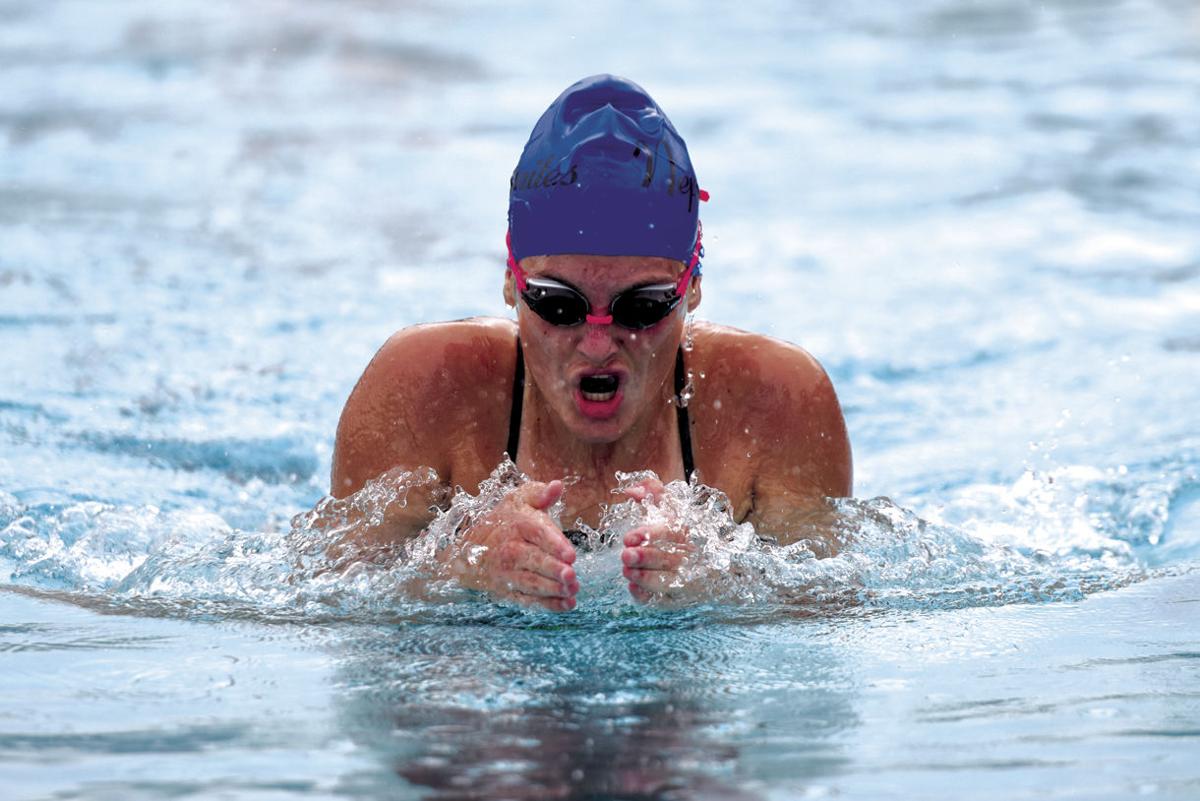 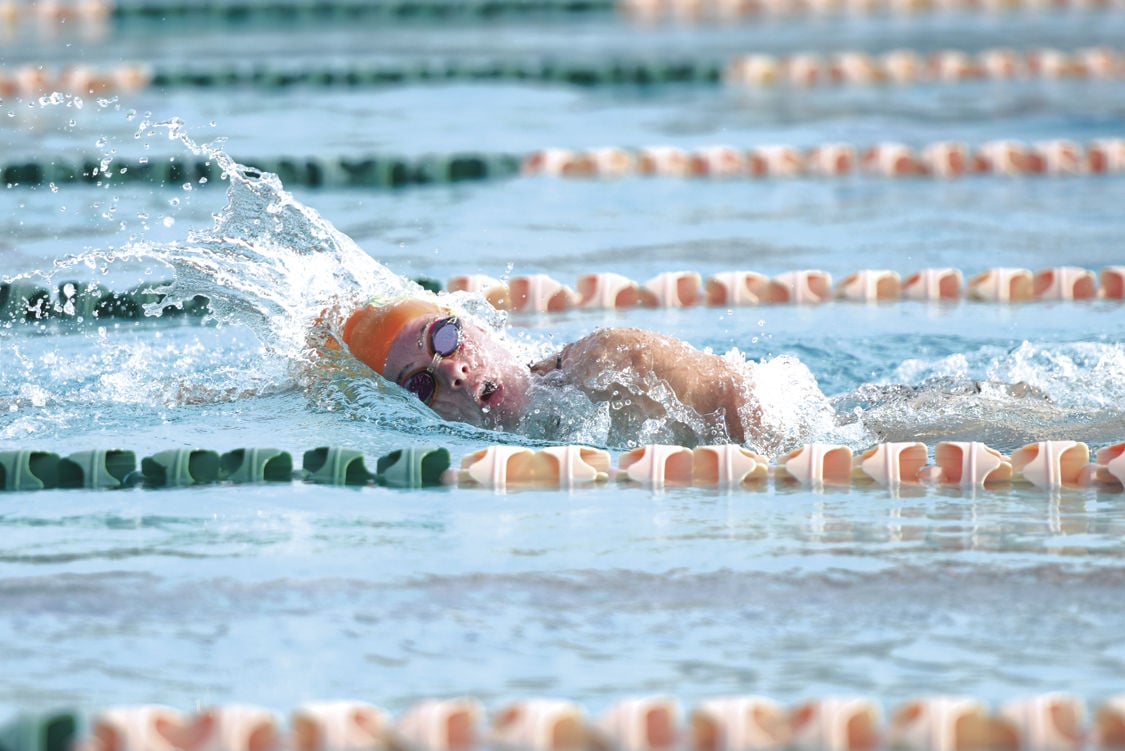 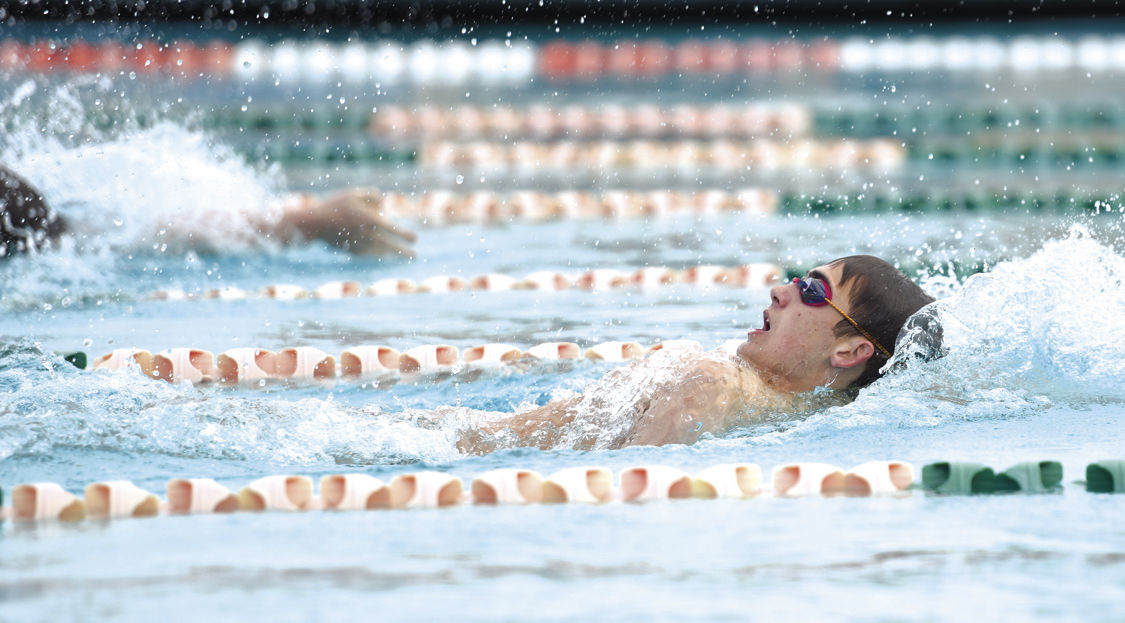 For another year in a row, Porterville High School boys and girls swim teams brought home the win against Monache in an East Yosemite League rivalry meet Thursday at Porterville.

The Panthers defeated the Marauders by a combined score of 274-85 by sweeping all first place spots, except in diving. The girls won 130-56 and the boys 144-29. The win keeps both Porterville teams perfect in league.

“We’re looking very good,” PHS girls head coach Richard Taylor said. “Our goal is league because we don’t have control over anything else. But league, we’re going in undefeated at 5-0.”

The two teams have one more meet together — the annual Porterville Unified School District meet on Wednesday, April 17 at Porterville — before meeting again at the EYL championship meet hosted by Tulare Western on Thursday, April 25.

At the top of the girls events were Claire Lee and Rosemary Chapman, who won two individual events apiece. Lee, a freshman, swam a CIF Central Section championship-qualifying time for first (2 minutes, 6.31 seconds) in the 200-yard freestyle and placed first in the 100 free with 59.20.

“That’s super,” Taylor said. “She’s coming from nowhere, didn’t know she was that strong when she first started, and she’s just kept working. She’s got a lot of talent and a lot of heart, so she swims with both — talent and heart. So she’s real fun to watch.

“She’s real coachable, she listens,” Taylor added. “She changes her stroke a little bit. She does what we ask her to do. I’m excited for her, it’s going to be fun.”

Both swimmers were part of the 200 free relay team that won first with 1:49.60. On the team also was Johanna Scheer and Alyssa Bodoh. Chapman, Scheer, Shyanne Rainey and Samantha Rainey were on the first-place 200 medley (2:00.28) team while the Rainey twins, Lee and Bodoh made up the 400 free relay (4:03.92) that took first. All three relays have swam Valley-qualifying times this season.

“What I’m really impressed with is my depth,” Taylor said. “My other swimmers, I mean you talk about Maycee Hyder, Ahna Davis, Alondra Arroyo, and you got Brandy Moody, I just got Macy Nunez. I’ve just got a lot of depth that’s really coming along, really good. This is one of the hardest working teams I’ve had from top to bottom. Not just your couple of stars, all the way down, they work hard. Catherine Entenman, she’s working hard. I’m just excited for everybody, everybody’s working hard.”

Monache’s Raylene Huber picked up the Marauders’ lone first-place finish for the day in the 1-meter diving with a score of 147.25. Her teammate, Abby Lee, placed second with 137.95.

Young but strong, Porterville boys swept first in all the events with Isaac Gutierrez and Garrett Lamb leading the way in individual events with two wins each.

Lamb, Isaac Gutierrez, Diego Gutierrez and Trevor Riley teamed up to win the 400 free relay (3:45.49). On the 200 medley relay winning team was Lamb, Levi Davis, Ryan Davis and Ethan Merritt while the Davis brothers, Riley and Diego Gutierrez were on the 200 free team that placed first with 1:39.07. Like the girls, all three PHS boys relays have also swam Valley-qualifying times this season.

Riley in several events, and Lamb in the backstroke, have also hit Valley-qualifying times this year.

“We’re younger this year,” Hyder said. “The makeup of the team’s been different. We have a lot of younger kids so maturity levels been different, so we’re working through that. That takes time. And we only have one senior this year, so you don’t have that top group that’s season, matured and just know how things work. We do have a big group of juniors and big group of freshmen, so we’re working through that.”

EDITOR'S NOTE: This story was changed to reflect that Monache's Taven Avila won the diving event, not Porterville's Tyler Avila.