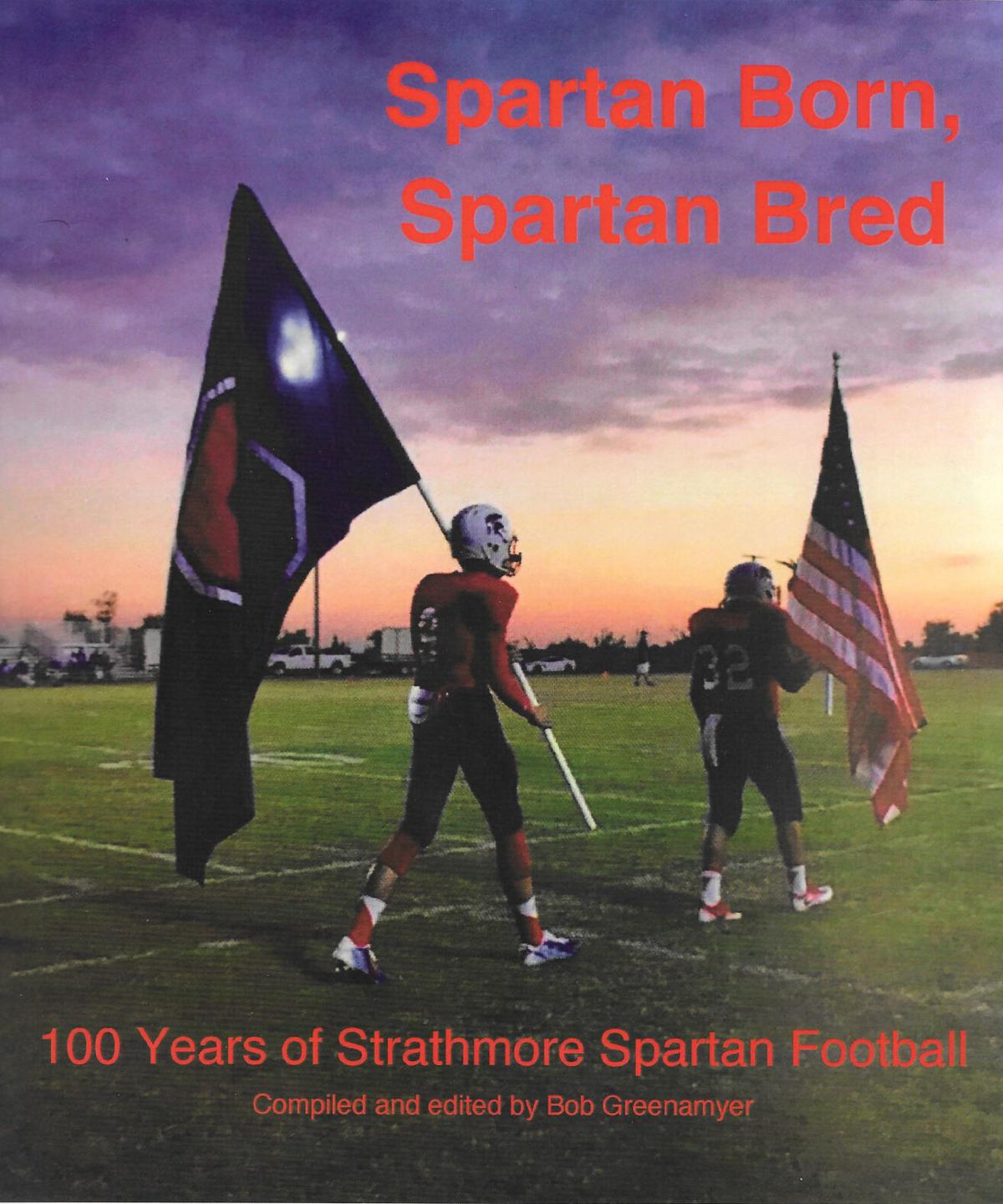 Bob Greenamyer, a 1968 graduate of Strathmore High School, chronicled the history of Spartan football for the 100 year anniversary. The 2020-21 season will be the program's 100th year. 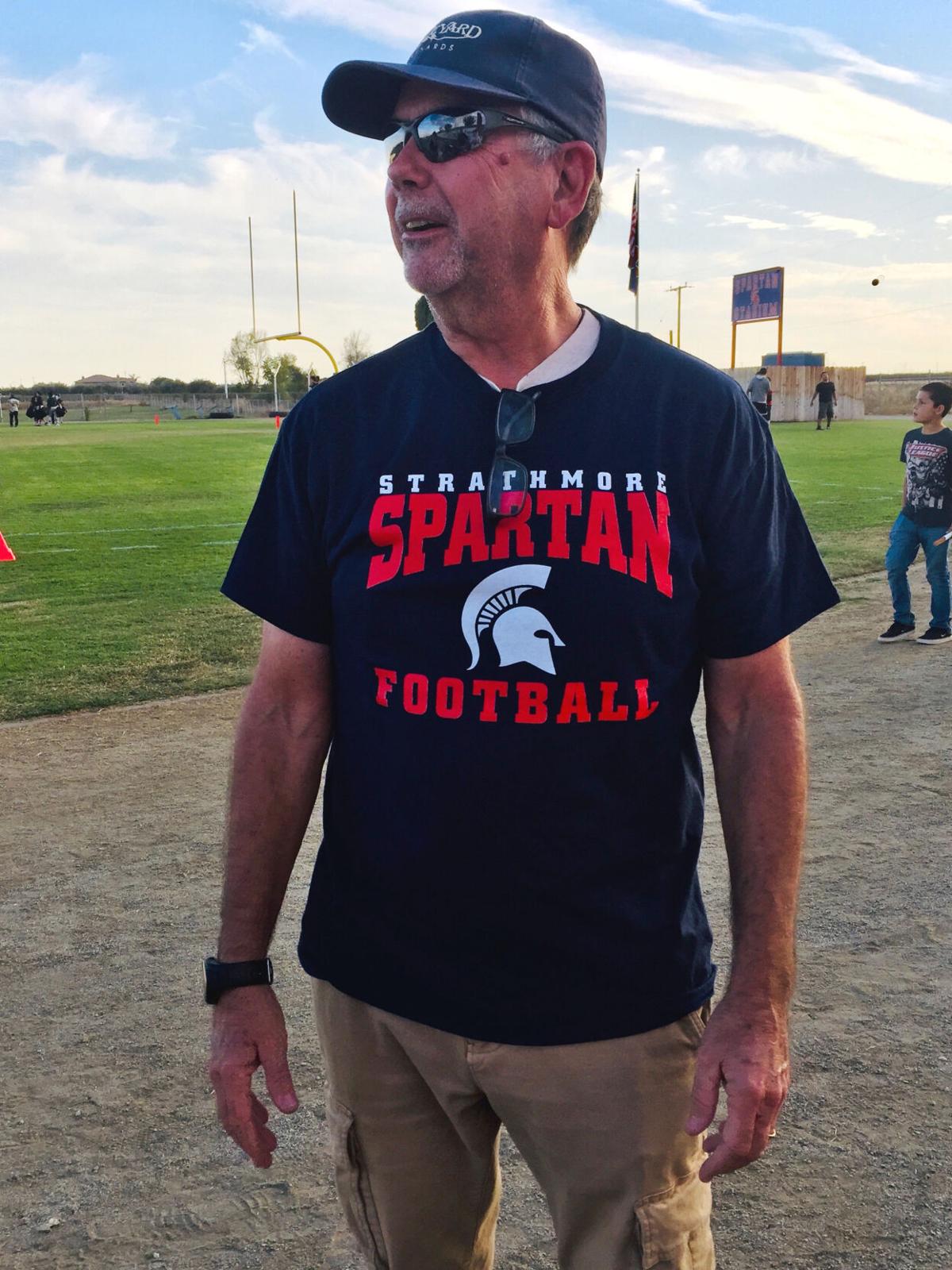 Bob Greenamyer is a 1968 graduate of Strathmore High School who chronicled the history of Spartan football for the team's 100th year anniversary.

Bob Greenamyer, a 1968 graduate of Strathmore High School, chronicled the history of Spartan football for the 100 year anniversary. The 2020-21 season will be the program's 100th year.

Bob Greenamyer is a 1968 graduate of Strathmore High School who chronicled the history of Spartan football for the team's 100th year anniversary.

The history of Strathmore High School football is now all in one place thanks to Spartan alumni Bob Greenamyer.

“It’s as complete a record as I could make,” Greenamyer said. “It’s not 100 percent but I got as close as I could get. Each page will indicate if there were scores that season, the record or if nothing was found. So then I just went with pictures and sometimes, of the coaches, players. Anything that I could find that I thought would be interesting.”

Born in Merced but raised in Strathmore, Greenamyer enjoyed Spartan football from both the stands and the field. He played halfback and defensive back for two years on varsity under head coach Dan Neppel then left for southern California where he went to the University of California, Los Angeles and majored in history.

Living down south never stopped Greenamyer from keeping up with Strathmore football, and he used Cal-Hi Sports, MaxPreps and The Porterville Recorder for updates. Beginning in the 1990s, Greenamyer started making six-hour trips north to watch games and witnessed some of the program’s best years firsthand.

Seeing these moments and accomplishments gave Greenamyer the idea to finally put the history together for a book.

“I guessed what really stoked me were the three state championship games,” Greenamyer said. “To get that far and it being such a small town, that just amazed me. That, that was even possible. I was just very impressed with the school spirit, the coaching effort, the players’ abilities. And so as they got near their 100th football year, which hopefully will be this year, I thought it would be fun to chronicle the 100 years, or 99 years plus one, of Strathmore football.”

Greenamyer began putting the information together in February and handled most of the legwork for his research. He spent an entire week in the Spartans’ memorabilia room, located in the SHS library, taking pictures of yearbooks and recording information. In that time he also learned other interesting facts about the school, like when the first football field was built in 1927 or when the Spartan Creed was developed in 1935, and included them in the book.

“It was fun for me because I found out a lot of things I didn’t know about my high school. Dates of things and so on and so forth,” Greenamyer said.

Greenamyer, who still lives in southern California, also traveled to Porterville and spent hours in the Porterville Library then the Recorder’s archives -- after the library burned down -- looking up the scores for nearly 30 seasons he didn’t find from the yearbooks. He recovered over 20 seasons’ worth of scores this way.

In late July, Greenamyer received the first copy of the book to proofread.

“I was very excited,” he said. “...When I saw the cover, it was exactly what I wanted. And then, I’ve gone through and done the proofing now, so I ordered 17 more books that I’m going to give to each person that helped me. … Keep a few for myself.”

With the book now completed, Greenamyer is now ready to hand it off to the SHS Booster Club for them to use however they see fit.

“The ultimate goal of the project is to turn over all the data info and PDFs I have that created the book, to the Strathmore Boosters,” he said. “And then if they want to use it as a fundraiser, they can do that.”