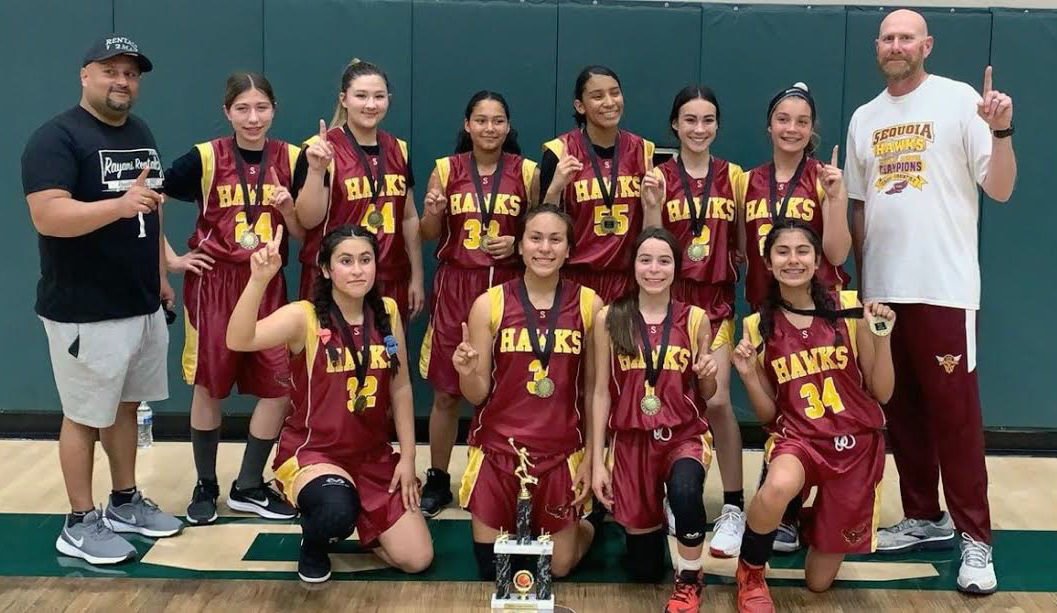 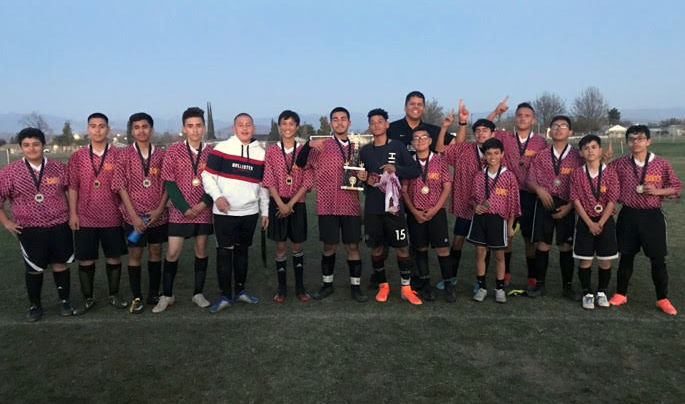 The Sequoia Middle School Hawks picked up championships in both girl basketball and boys soccer Tuesday.

The Sequoia girls finished the 2019-20 basketball season as champions of the Whitney League for the second consecutive year. The Hawks won the final Tuesday with a 26-13 win against Pioneer.

Team captain Alisha Verdejo led the team in scoring, while Danielle Knight and Zahra Rayani contributed with timely scores and rebounding. The Lady Hawks defeated Wilson of Exeter 17-15 in a hard fought game to advance to the championship.

The boys started the season strong going undefeated in the first round defeating Summit Charter Academy Intermediate School, Porterville Military Academy, Bartlett, Burton, and Pioneer scoring an unprecedented 26 goals. In the in the second round, the Sequoia Hawks dropped points by losing to very strong competition from SCIA and Pioneer.

The Hawks ended the regular season 8-2 with 50 goals. They had assists coming from exceptional midfielders Arnold Beltran and Adrian Gonzalez, and many of the goals scored by Samuel Alcantar.

In playoffs the competition got even greater. In the first round of playoffs the Hawks faced a highly skilled Farmersville team. The score was 2-2 in regulation but accurate shooting and good goalkeeping allowed the Hawks to get the win 4-3 in shootout.

In the semifinals the Hawks faced a familiar rival, SCIA. Sequoia had one win and SCIA had one win during the season, so this was going to be the tiebreaker with a ticket to the final. It was an evenly played match but the better team won 3-2.

Sequoia Middle School was in the final against Lindsay Middle School. Both schools had tired players because the semifinals and finals are played on the same day. However, Sequoia had slightly fresher legs and Samuel Alcantar was able to score a goal early in the first half. The rest of the game was evenly played but Lindsay ran out of gas with players cramping up. This only fueled Sequoia players to play stronger. The defense lead by Daniel Gonzalez and goalkeeper Jorge Gamboa did a great job of defending the lead all the way to the final whistle.

Throughout the season there were a many setbacks, like the coach receiving a red card, losing a key player for the season, and losing a couple of games. Through all the setbacks the Sequoia Hawks showed much resilience and stayed strong in their belief that they were a championship team.

All the hard work, all the mental toughness, all the belief, all the resilience came together on Tuesday for the Sequoia Middle School Hawks to crown themselves soccer champions of the Porterville, Tulare, and surrounding areas.