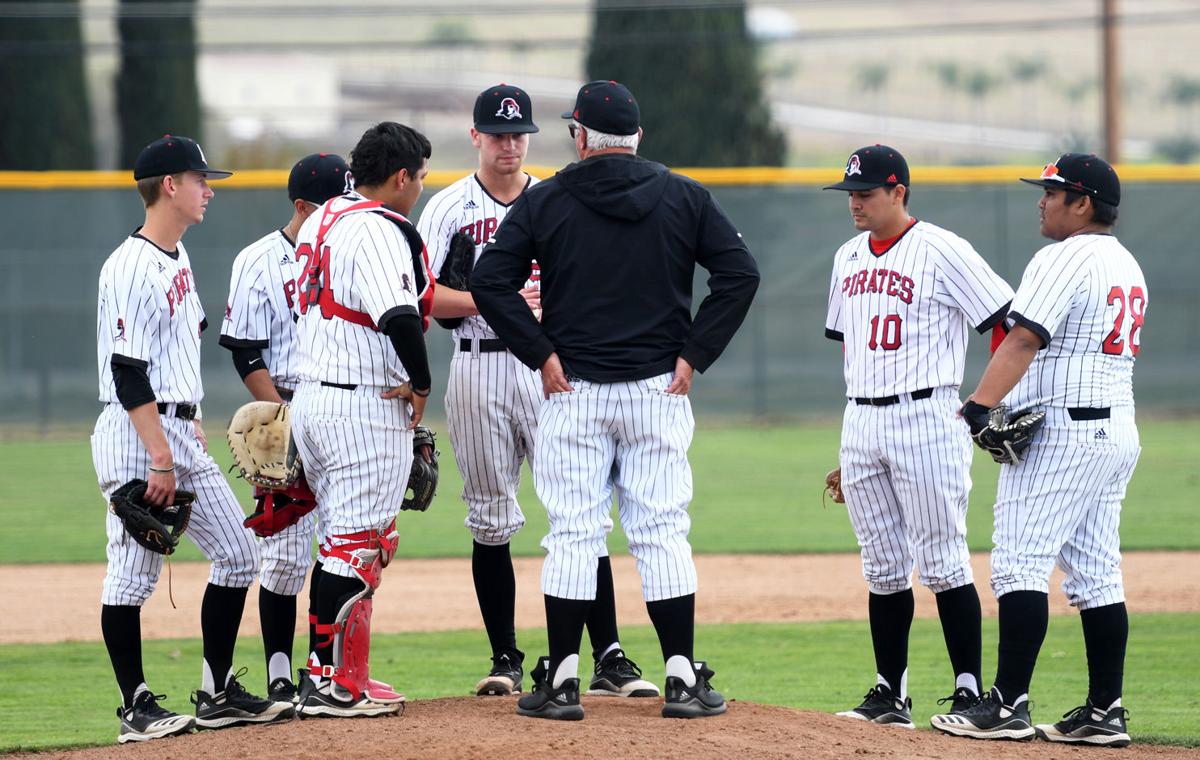 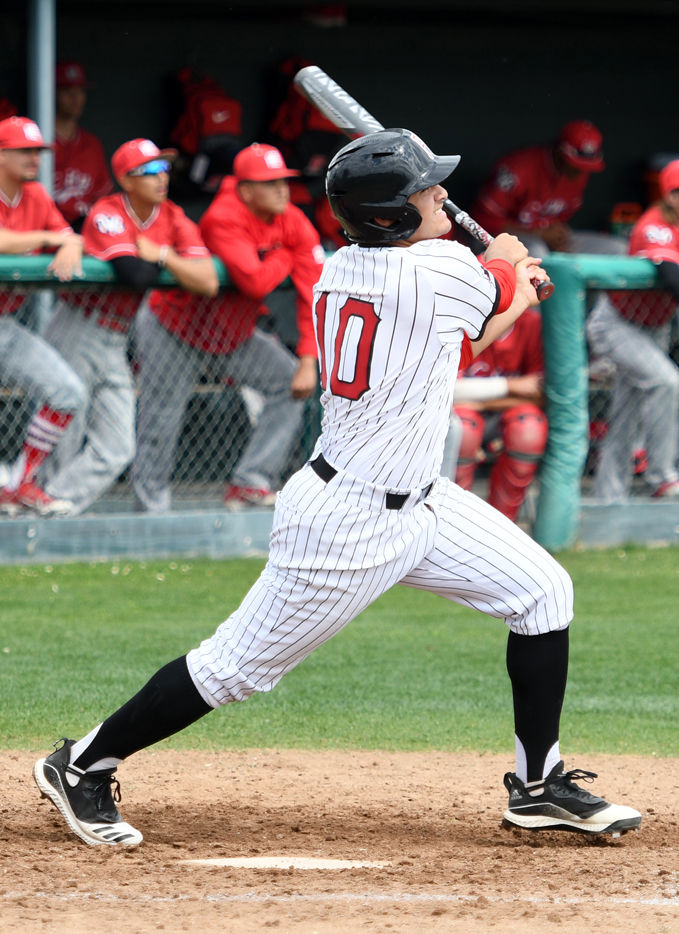 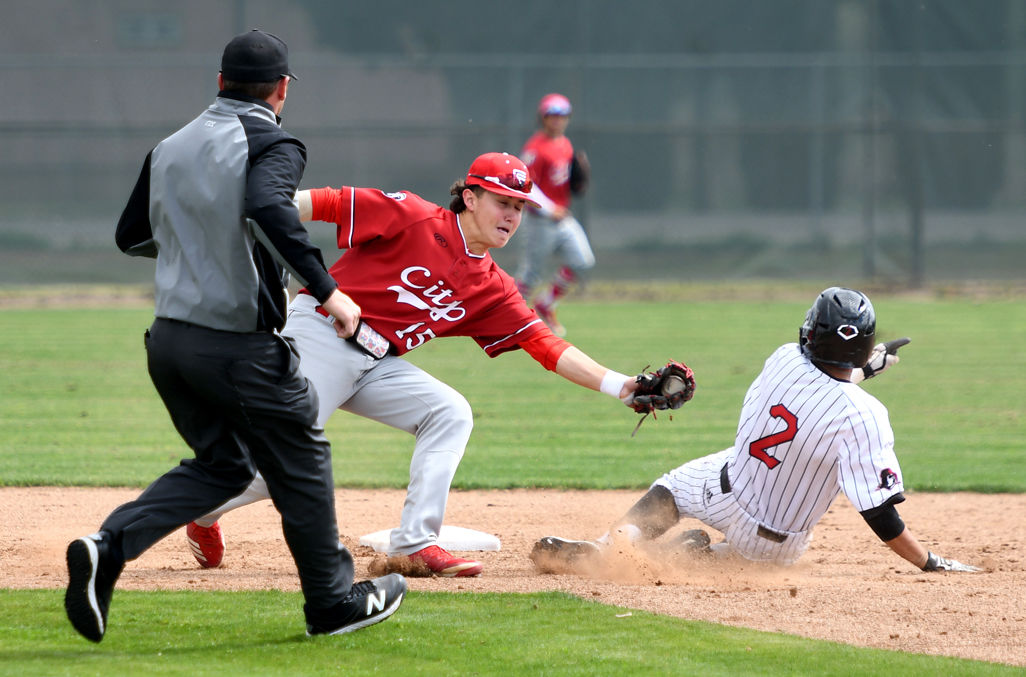 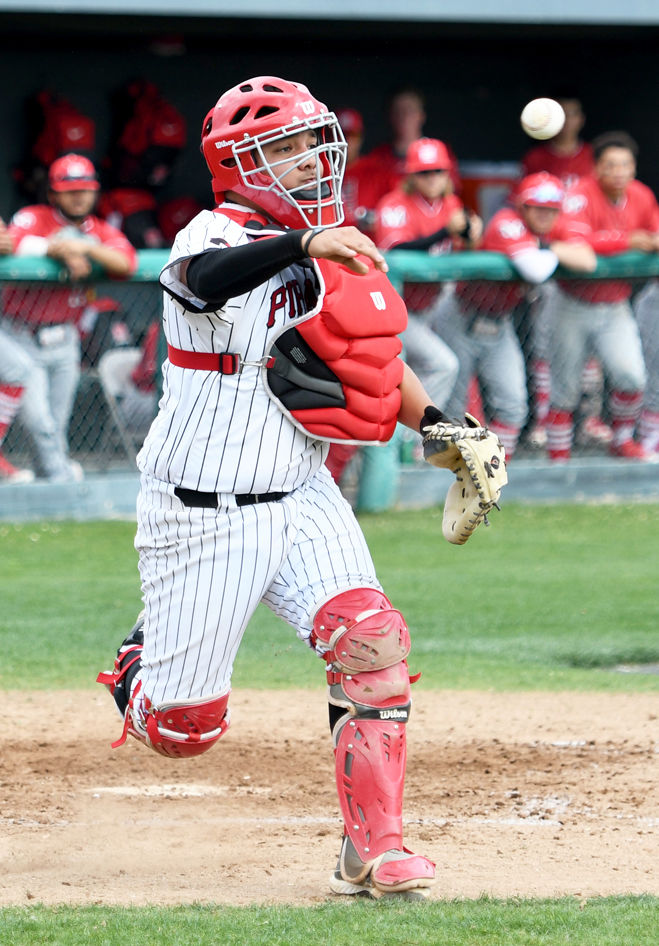 It could've been Porterville College's fourth win of the season.

Instead Tuesday's Central Valley Conference home game against the Fresno City Rams turned into a disappointing 18-3 loss, the sixth-straight for Pirates' baseball.

After giving up two runs in the second inning, Porterville kept things close with the state's No. 6 ranked team and even got back on level ground with Fresno when PC's Isaiah Gomez (Porterville High) hit a two-run, RBI-single in the fifth to even the score.

But from then on, Fresno City controlled the game. The Pirates' struggles on the mound intensified and the Rams scored seven runs in the sixth and seventh inning to take a 16-2 lead.

“What happens is our staff will give up hits, I have no problem with giving up hits, but what happens to us is that we're giving them 18 free bases,” PC head coach Rich Sorenson. “We gave them (14) walks and (four) hit batters. We can't beat any team in the state if we do that. So I've stressed all year with my pitchers is that we don't have a lot of guys that strike guys out, so we have to pitch to contact.”

Landon Jordan (Washington) took the loss on the mound after going 5 1/3 innings with four runs allowed on nine walks, three hits and seven strikeouts. Jordan came out after reaching 110 pitches and giving up a two-run home run in the sixth but Sorenson said he did well pitching out of some jams.

“Hard thing is that the pitchers have to believe that...they don't have to be so fine to get college hitters out,” Sorenson said. “They don't trust themselves if they're good enough. … You don't have to throw the ball down the middle but you can work inside and outside of the plate. Hit those spots and unfortunately we don't do that and we miss six inches off.”

The Pirates finished with just six hits and picked up a final run in the eighth inning. However they gave up two more runs to the Rams in ninth.

"That score doesn't indicate how close we were. For five innings we were right there," he added.

Strathmore High School baseball defeated Laton 10-1 in a non-league game on the road.

Strathmore plays away this Friday at Granite Hills. Game time is 4 p.m.

Porterville College women's tennis defeated Sacramento City 9-0 in Tuesday's Big 8 South Conference match at home. City only had four players so PC won the No. 5 singles, No. 6 singles and No. 3 doubles by default.