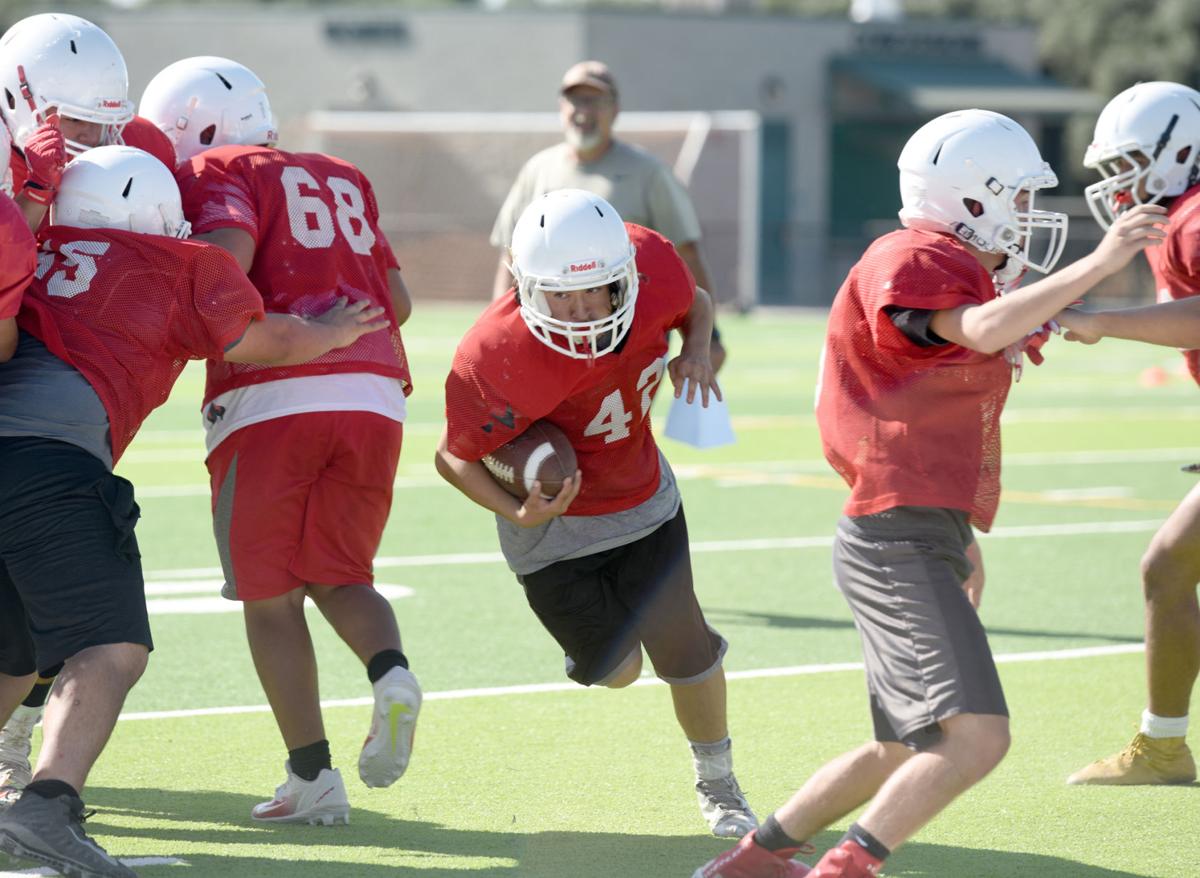 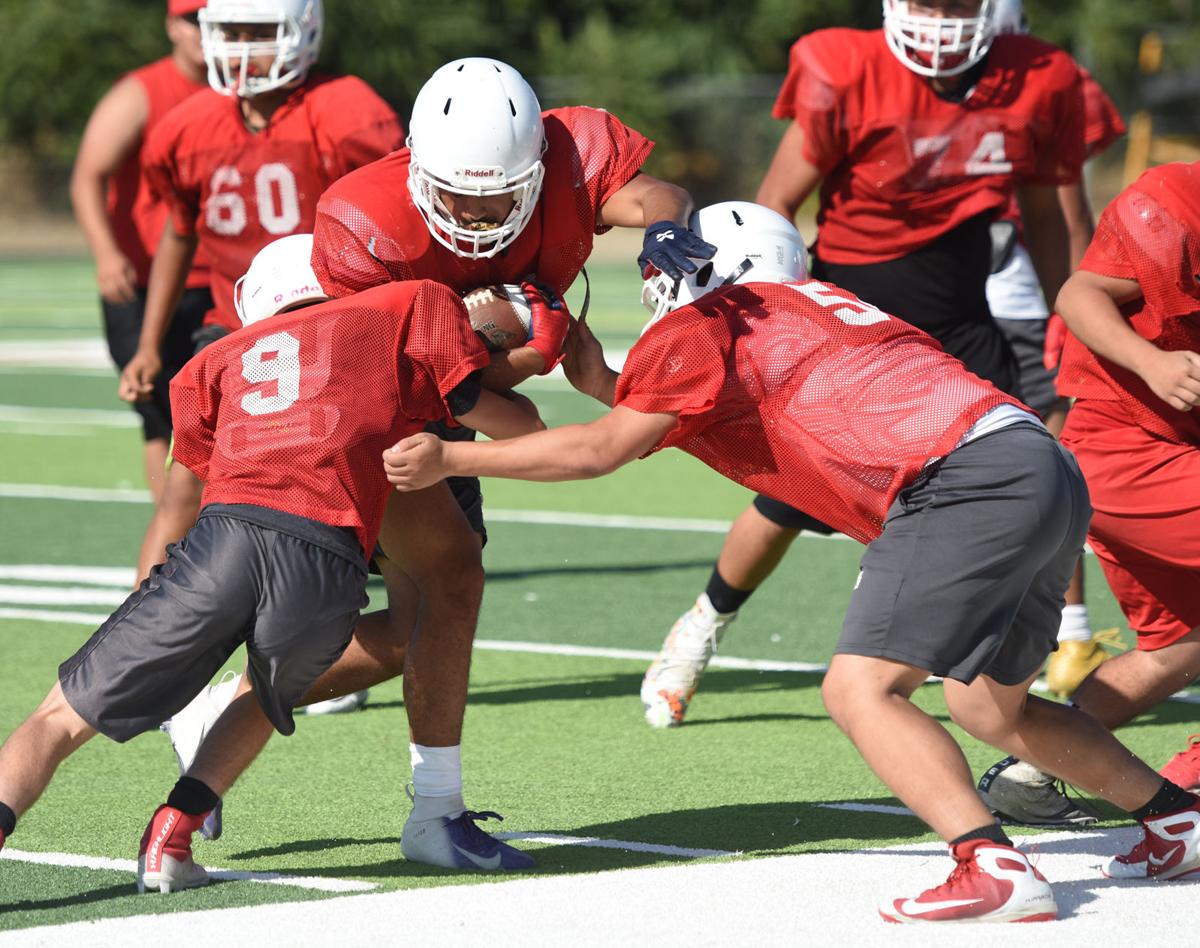 Editor’s Note: This is the third of five stories previewing area high school football teams — up next will be Granite Hills.

There’s a clear and simple message being sent around the football program at Lindsay High School — play for each other, not yourself.

It’s a message every player on any sports team ever has probably heard before but if actually executed, it’s a style of play that can change the outcome of a game and carry a team far.

Cardinals’ head coach Matt Mendonca said this offseason the team not only worked on the physical and mental aspects of the game but also on “educating our players on what it means to be selfless and play for others.”

In Mendonca’s opinion the players’ “leadership has taken ownership of this team” and it’s been the biggest difference thus far.

“We are no longer a coach-led team,” Mendonca said. “I think at this point the players own it. We taught them all we can teach them, they’ve learned as much as possible. Now it’s taking ownership of it. That’s been the biggest improvement since last year and it’s made a lot of difference with the team.”

Leadership for the Cardinals is coming in the form of three player-voted senior captains in Mario Diaz, Isaiah Garcia and Xavier Rodriguez. The trio take their responsibility seriously and it’s obvious in practice they have no qualms about speaking out.

On the field, Diaz is the definition of leading by example. Last season the wide receiver and safety was second on the team in receiving with 562 yards and five touchdowns, third in tackles (58), first in interceptions (4) and returned a kickoff for a touchdown.

“He’s a phenomenal skills player and he’s been a huge contributor ever since his sophomore year on both sides of the football,” Mendonca said. “So we’re expecting him to be the best receiver in the league. He’s got the ability. He’s got the mindset. He’s got the work ethic. So the sky's the limit for that guy.”

Still bothered by the 13th-seeded Cardinals' 30-22 quarterfinal loss to fifth-seed Woodlake in the Central Section Division V playoffs, Diaz is already chomping at the bit to get the season started.

But while Diaz will get a chance at the reigning East Sequoia League champions during league play, Lindsay won’t see Woodlake in the playoffs after being moved down from Div. V to Div. VI for the season. It was a move Mendonca said isn’t on the mind of the Cardinals.

“Never even brought it up once to the kids,” the coach said. “We’ll cross that bridge at that point in time.”

And that point should happen for Lindsay this season with the Cardinals not only bringing back Diaz, but their entire offensive line in Rodriguez at left tackle, left guard Alonso Moreno, center Ben Macias, right guard Noah Hunter and right tackle Jose Garcia.

“Right now our O-line is probably one of the best that we’ve had since we’ve been in high school,” Rodriguez said. “Our whole O-line is essentially returning, with only like one new starter so I feel like our O-line is going to be pretty solid and we’re going to score a lot of touchdowns.”

The five will provide protection for running backs like senior Daniel Trujillo, who led the team with 587 yards and 11 touchdowns on the ground in just eight games, and new quarterback, junior Nick Dunning.

“He’s a leader, he’s smart,” Mendonca said about Dunning. “He takes command of the team. Guys love him. He works hard, he’s been killing it in the weight room. He’s a stud athlete … We’re not just throwing anybody in there, we’re throwing in a legitimate varsity contender. A contributor as a sophomore last year.”

A question mark still remains at defensive line where Lindsay needs to replace the entire starting line. Mendonca said as of now the starters continue change with players outperforming each other every day.

“Once we get down to our league we’re preparing to be physical up front,” he said. “It’s your goal every year, obviously. But we’re expecting our defensive line to be stout up front and making sure if a team is going to score a touchdown on us, it better be a 20-play drive where there’s not any penalties and they’re not making any mistakes. They better execute to perfection to score on us.”

Right now the Cardinals are concentrated on winning league but no matter what their coach says about not looking ahead, the players know they’ve got something a little bigger on their mind.

“We want nothing less than a Valley championship,” captain Garcia said. “Nothing less.”