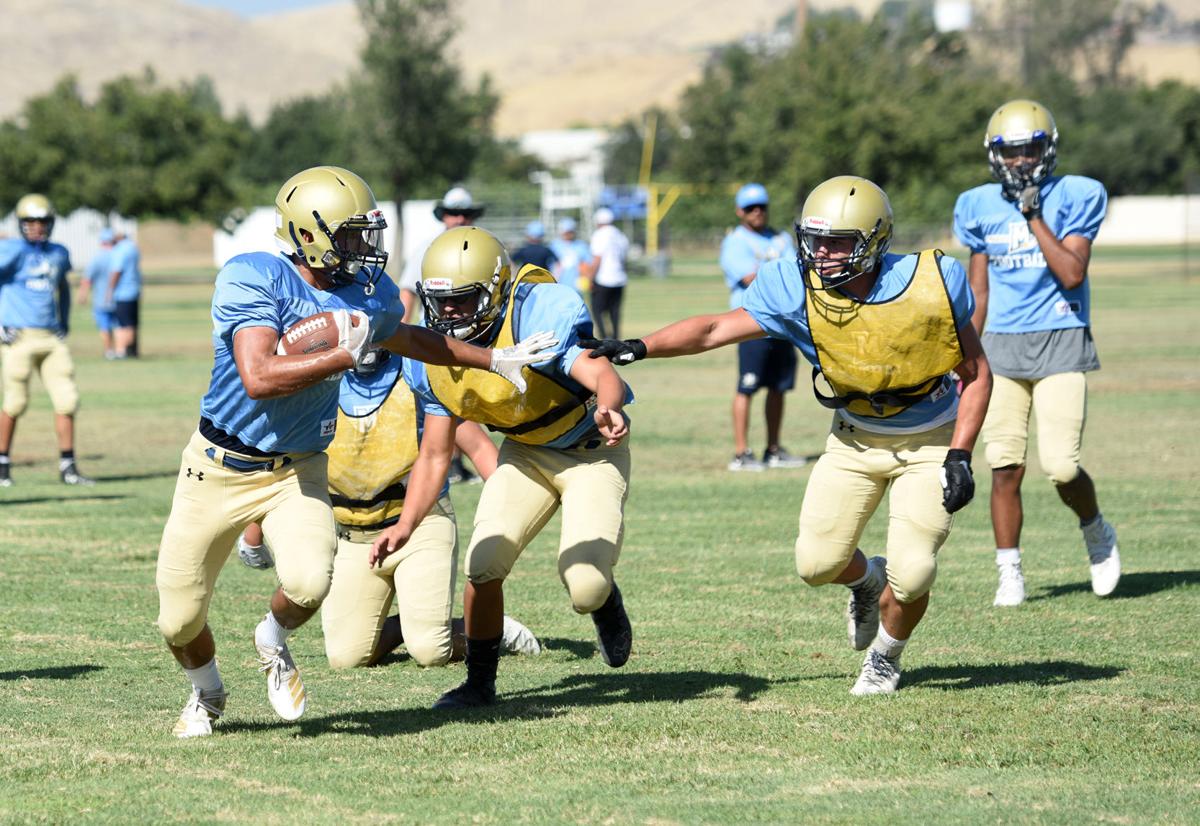 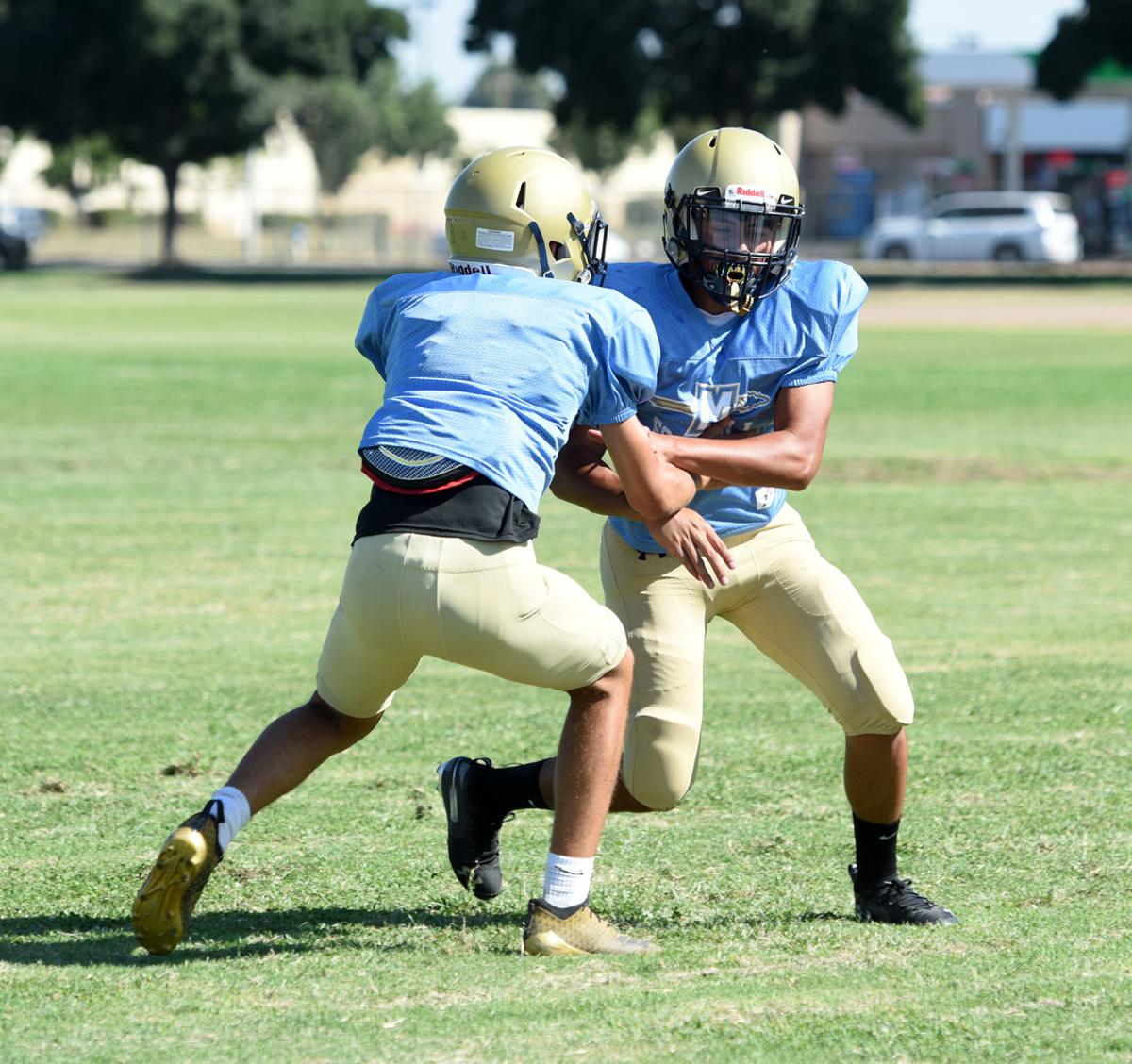 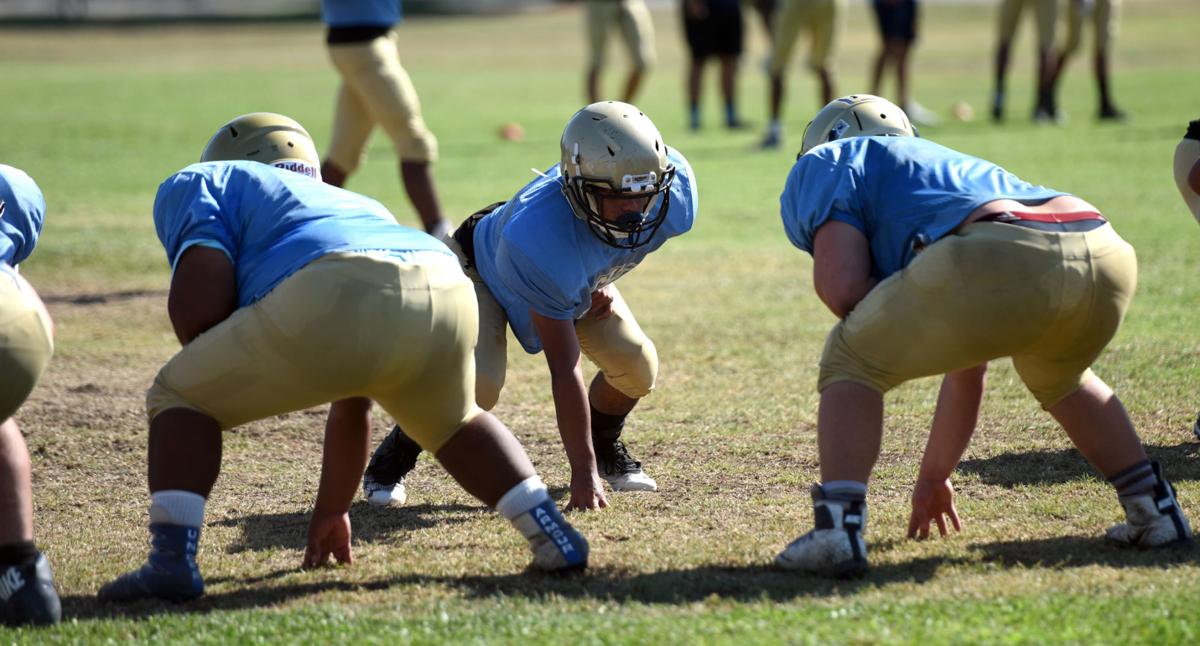 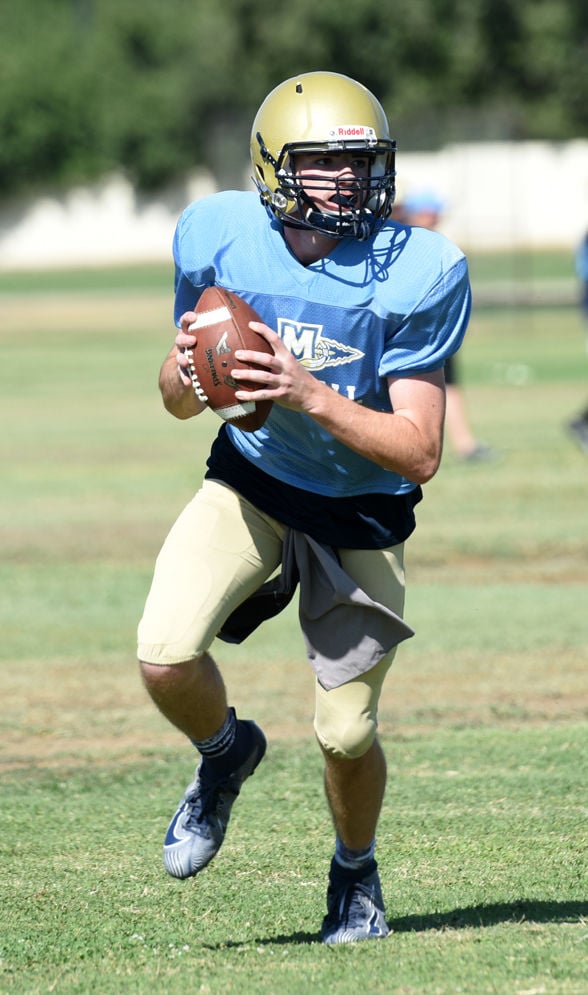 Editor’s Note:This is the second of five stories previewing area high school football teams — up next will be Lindsay.

A semifinal appearance in the Central Section Division IV playoffs — the first in over a decade — is something that can’t, and shouldn’t, be overlooked.

It’s something that should signify a change in a program that’s struggled in the past to just get wins. But under new head coach Shane Focke, this season’s focus is on the game of the week and the future, not the past.

Focke took over the Monache High School’s football program in the offseason from two-year head coach Chris Frankland and he knows dwelling on the past won’t get the team prepared for Friday’s season-opener at Golden West.

Right out of the gate the Marauders are getting tested by last season’s Div. IV Valley finalists and Div. III’s newest addition, the Trailblazers of Golden West. Last year Monache (7-5) opened the season with a big 32-21 victory over the 2017 Valley champions to kick off a season that saw the Marauders head to their second-straight postseason.

And as it stands a good number of the players from last year’s team are once again back for the Marauders, most notably running back Aidan Galvan.

“I think we have the Valley’s best kept secret,” Focke said. “By the end of this year, a household name should be Aidan Galvan.”

The four-year varsity player crossed the 1,000-yard mark for the first time with 1,719 yards and 26 touchdowns on the ground last season. Fast and agile, Galvan is a hard player to bring down and will certainly help the Marauders make noise this season.

The senior said last season showed the team could perform deep into a season but he still feels they have a lot to prove.

“Need to just go out and prove what we can do,” Galvan said. “Prove that we can play and that we’ve been working hard like everyone else.”

Making Monache one of the better balanced teams last season was having multiple talents at receiver and all four top senior targets are back. Tori Powell led the team last year with 526 yards and three touchdowns but Marcus Salazar (333 yards, two touchdowns), TrayVon Bradford (320 yards, one touchdown) and Kaori “KK” Sims (225 yards, two touchdowns) helped account for 878 yards of the team’s 1,820 receiving yards.

“Our wide receiver corp is, I would say, I would put them up with anybody in league,” Focke said. “KK Sims, Marcus Salazar are two top notch guys that are going to make big plays for us. … I’m happy with where our receiving corps is right now and having those upperclassmen, with the experience they have, we should be fine at receiver.”

Back on the line for the Marauders is senior linemen Taven Avila, Jackson Tuese, Esgar Madrigal; and juniors Rodrigo Tapia and Alexess Hernandez. Also returning on defense are linebackers senior Salvador Garcia and junior Hunter Weimer, and junior defensive back Julian Rowe.

“I feel like our (offensive) line is really good cause we have three returners coming back and last year we lost two main assets with our center and right guard but we made up with the people we brought up from (junior varsity) last year,” a beaming Tapia said. “And right now we’re looking good. Like I haven’t seen — we’re doing good, good.”

Tapia admitted playing last year as a sophomore had its challenges but now he’s ready and prepared to take on a leadership role with the team as well.

“Yeah I’m just trying to step up in there and be a leader to them and try leading us to victory,” Tapia said. “Victory is the scoreboard at the end of the day. Us being up and the other team being down. It’s simple as that. And it starts with us, the line.”

In the secondary are starting cornerbacks Rowe and three-year starter Sims while Bradford, Salazar and Anthony Valencia will all play safety.

One of the biggest differences this season for Monache is at quarterback where Sullivan Focke, coach Shane’s son, will start. The junior didn’t get much playing time last season behind former senior Antonio Andrade, but he’s proven himself as knowledgeable and a leader.

“Exactly what you want your quarterback to be,” coach Focke said. “A team leader who's very capable of running all aspects of the offense. Doesn’t have one favorite guy, he will throw it to the open guy. He will not try to do too much. He’ll stay in the pocket, which linemen really like. Receivers like it. He’s not going to take off running at the first sign of danger. He’s going to lead.”

Looking over his team, Focke said the area he has the most confidence in this season is the team’s mental toughness and he believes his players are ready for the season’s challenges.

“I think they expect a rough road and I believe they’re ready for the mental and physical challenge of it,” the coach said