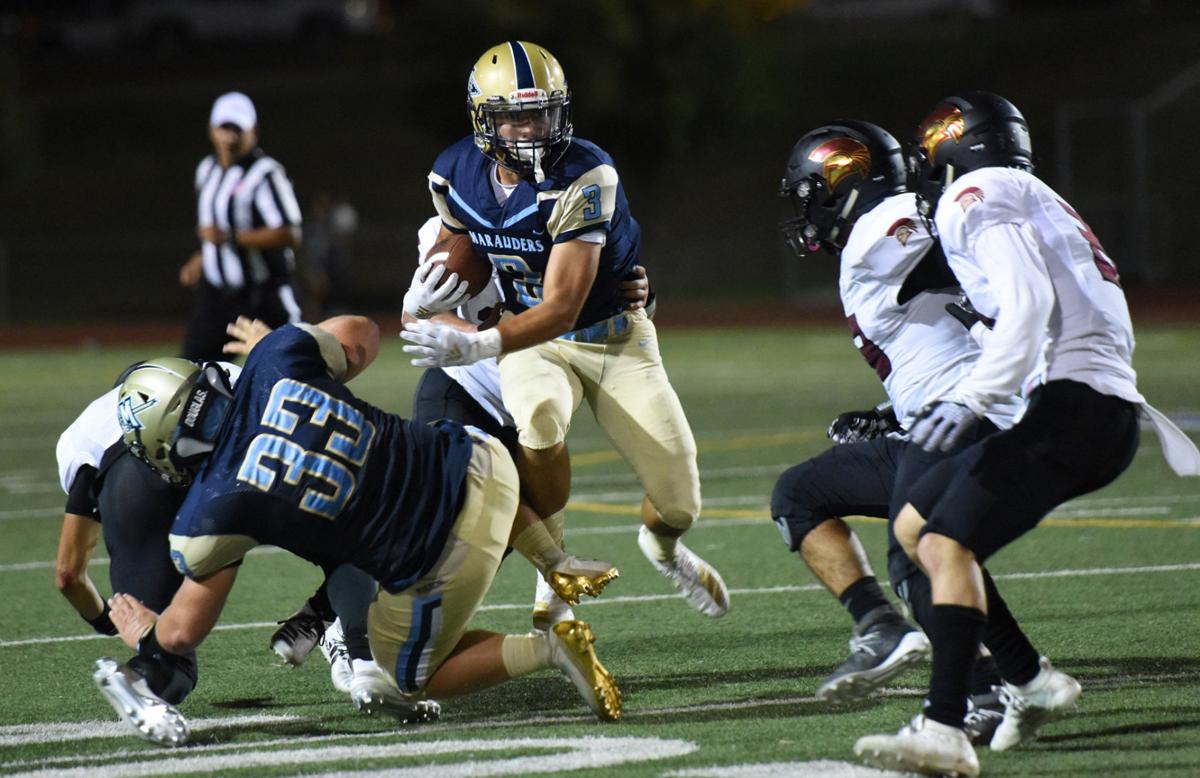 Monache High School's Aidan Galvan (3) runs with the ball against Cesar Chavez High School during the second half of a game, Thursday, Aug. 29, 2019, at Jacob Rankin Stadium. 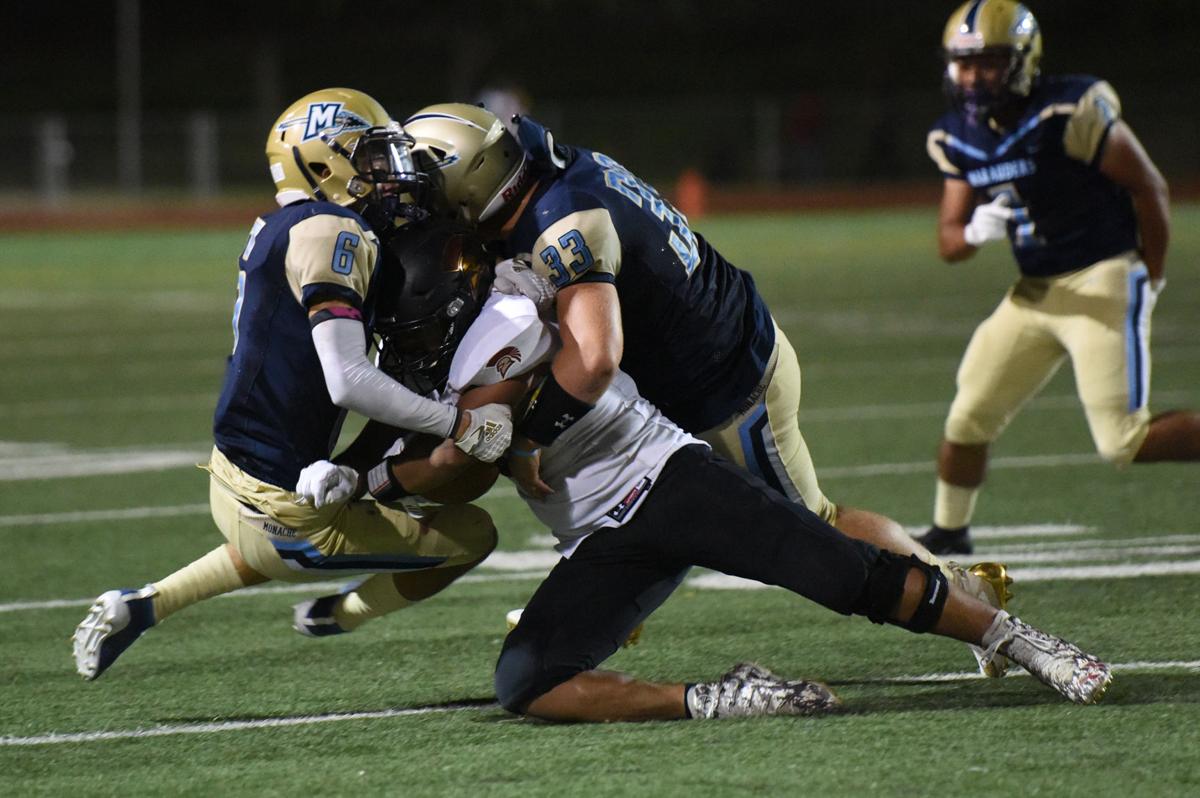 Monache High School's Aidan Galvan (3) runs with the ball against Cesar Chavez High School during the second half of a game, Thursday, Aug. 29, 2019, at Jacob Rankin Stadium.

The first win of the season proved elusive for Monache High School football as the Marauders lost 23-14 to Cesar Chavez Thursday at Jacob Rankin Stadium.

The Marauders (0-2) had a 14-0 lead heading into the fourth quarter but gave up a 6-yard touchdown pass from the Titans’ Johanthan Rivas to Damien Espinoza on the first play of the quarter.

From there things just got worse for Monache.

On the first play of their drive, Marauders’ quarterback Sullivan Focke fumbled the ball on Monache’s 35-yard line and Chavez was able to turn the turnover into a five-play drive ending with a 1-yard touchdown run by Espinoza. Another good PAT kick from Reynaldo Loya tied the game at 14-all with 9 minutes, eight seconds to play.

After a three-and-out from Monache, Chavez (2-0) got the ball back on the Marauders’ 38-yard line. The Titans moved the ball downfield, escaping an almost interception by MHS cornerback Marcus Salazar, and scored again on a 5-yard run from Espinoza for a 21-14 lead.

With less than 4:30 to play Monache got the ball on their 10-yard line but were pushed back to the five after an unsuccessful scramble from Focke. On the next play, Focke got trapped in the endzone where he tried to throw the ball away but it landed near a lineman and he was flagged for intentional grounding, resulting in a safety for Chavez.

“I think maybe our linemen got a little bit tired,” MHS head coach Shane Focke said. “We had some pass protections break down late. I know that if you were interviewing the quarterback, he’d take all the blame and I’ll let him do that. He’ll wear this. He wants to be the guy that makes sure this kind of thing doesn’t happen and he’ll grow into that.”

Monache had two minutes to possibly make it a one-point game and pull off a miracle, but they could only move the ball from their own 25 to the 40. They managed just one first down and Sullivan Focke couldn’t connect with his receivers.

“He’s a gunslinger,” coach Focke said about Sullivan. “He was the reason we were winning seven to nothing. On the last drive of the game, we threw some catchable balls and they’re going to be tough catches but that’s what receivers will like is a quarterback who will put a ball in an area they have a chance to go get it. And unfortunately we didn’t come up with them.”

Despite starting the season 0-2, coach Focke said there’s no need to panic.

“It’s a new coaching staff with players that they haven’t coached before, in this capacity, getting to know each other,” he said. “And I know that every football fan in America looks at their team and wants instant success. The hype, all the talk brings that sort of pressure to sort of win now, and sometimes it takes - it’s a process. Sometimes it takes a minute. Sometimes you have to work a little harder and find out where that talent can best be used. And that’s the process we’re in right now.”