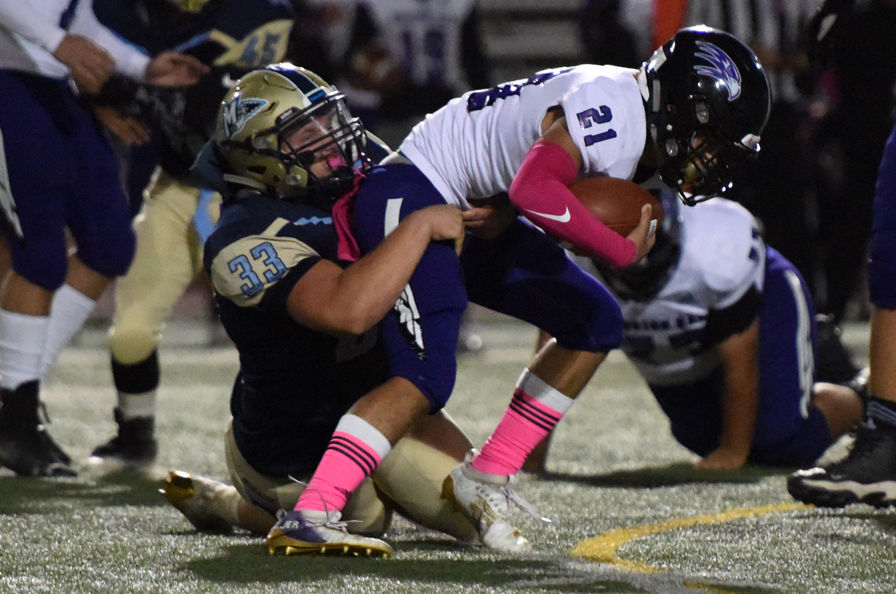 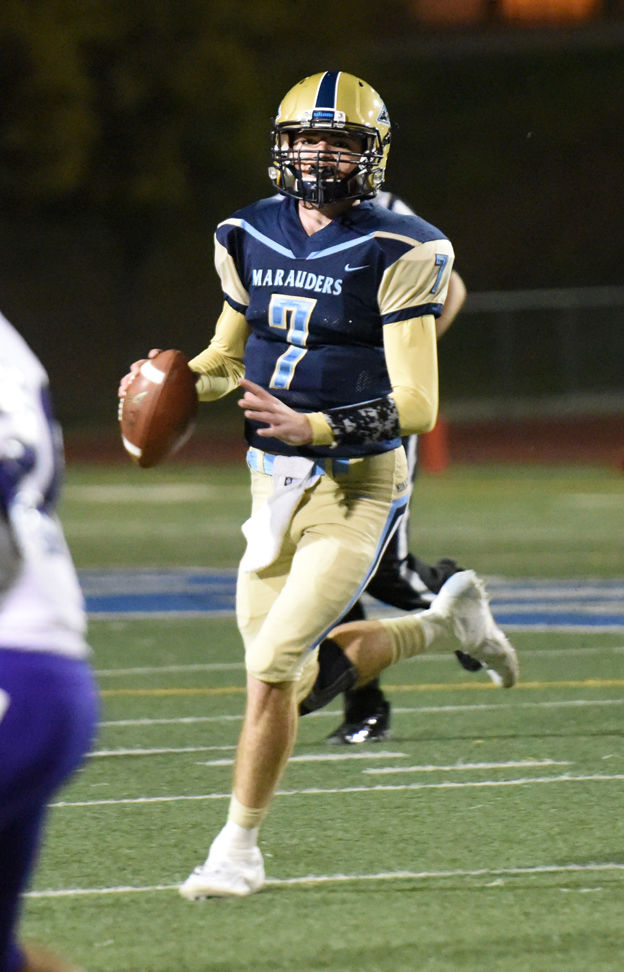 Lose 22-15 as playoff chance start to slip away

The Marauders (1-6, 0-2EYL) began the East Yosemite League game without nine starters but led at at halftime with a small 9-0 lead. A 38-yard touchdown pass from quarterback Sullivan Focke to TrayVon Bradford on the first drive of the game put the team on the board quickly.

Kicker Anthony Valencia, who missed the PAT after Bradford’s touchdown, put the ball through the uprights on a 35-yard field goal to also tack on three more points in the second quarter but it still wasn’t much breathing room against the Div. V Hawks (4-3, 1-1 EYL).

“I would not say we came out really strong,” MHS head coach Shane Focke said. “With us to punch it in and get a field goal, we were in really good shape. But later on some positions where we have some depth issues, we struggled a little bit but the kids played their hearts out.”

Two missed field goals from 35 and 37 yards out, and a pass broken up in the end zone by the Marauders’ defense, in the final minutes of the second quarter kept the Hawks from going into the half with any points.

But penalties, four of which aided the Hawks’ three touchdowns became one of the problems in the Marauders late second half fall.

The biggest display of Monache being penalized at the most inopportune times came on Mission Oak’s first drive of the fourth quarter. After forcing a Marauders’ three-and-out, the Hawks moved the ball from Monache’s 38-yard line to the 26 before a personal foul on Monache put the ball on the 13-yard line.

Then on third-and-1 from the 4-yard line, Monache was penalized for encroachment. That set up the game-winning score with an easy 1-yard touchdown run from MOHS running back Jericho Sierra and a PAT by Michael Iriye.

“We have some discipline issues that we will work on,” coach Shane Focke said.

In the third quarter, Sierra also scored a 32-yard touchdown that cut Monache’s lead to two but Sullivan Focke’s 15-yard run put the Marauders’ back up eight before, with 19 seconds left, MOHS’ Matt Ordunez caught a 6-yard touchdown pass from Ethan Natera. Going for two, Sierra connected with Jason Hernandez to tie the game 15-all.

Monache’s lone drive in the fourth took them across midfield but moved them back onto their own side of the field on a false start. Then two incomplete passes gave Mission Oak the ball back to run the clock out with.

The Marauders' chances at playoffs now rely on them essentially winning their final three games. They could make it by going .500 against Div. IV opponents by beating Delano on the road next week, or finishing above .500 in league by winning their last three games.

Whatever the case, coach Focke believes the Marauders have a chance, especially with a healthy team.

“Our goal of getting into the playoffs is still a strong possibility,” he said. “And you know we keep going into games injured, we try to come out of a game as healthy as we were and get a W. It’s a little bit elusive right now but we’re going to be okay. We really are. We’ve got to get healthy, first and foremost. We get healthy, who knows how good this football team can be.”