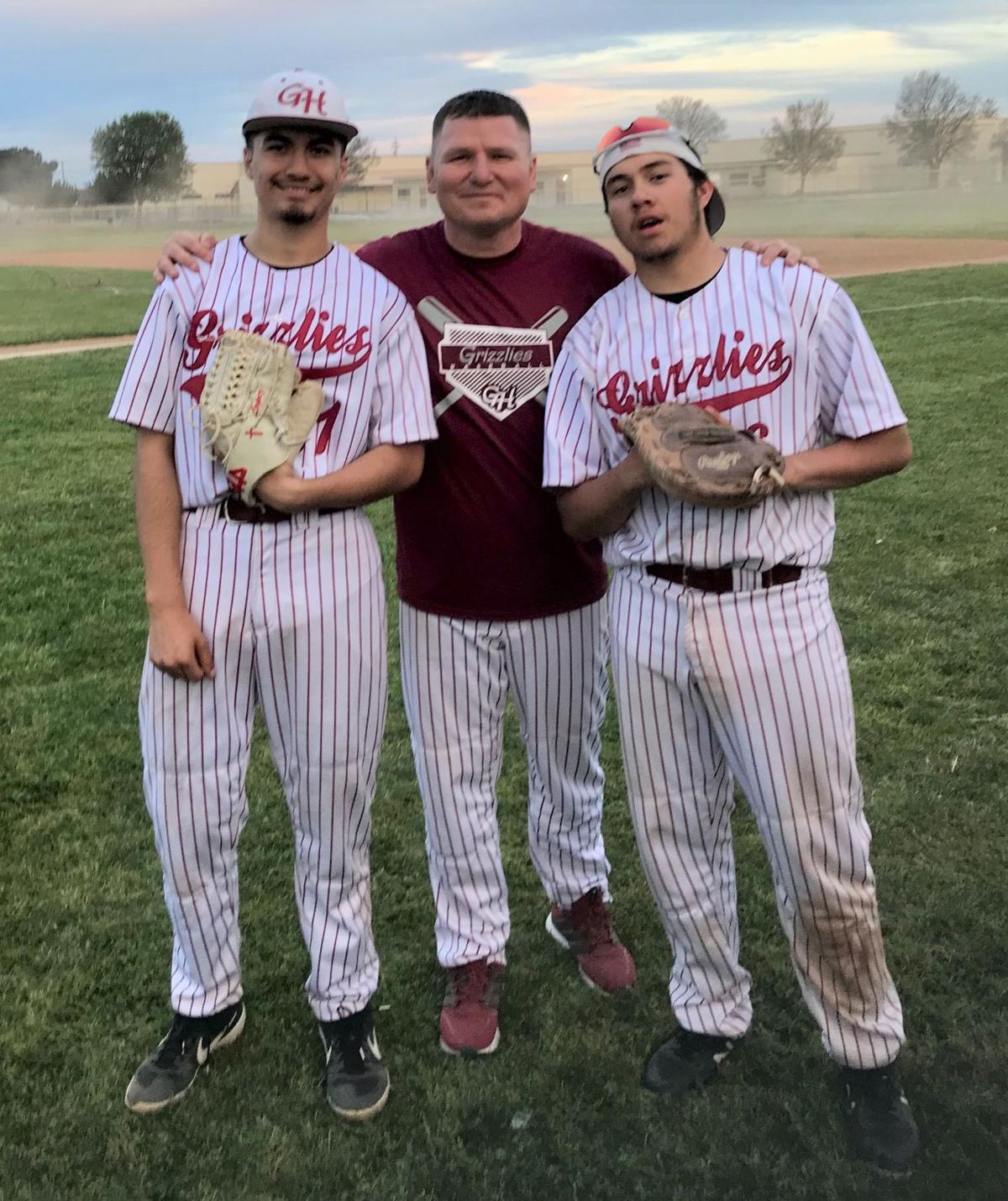 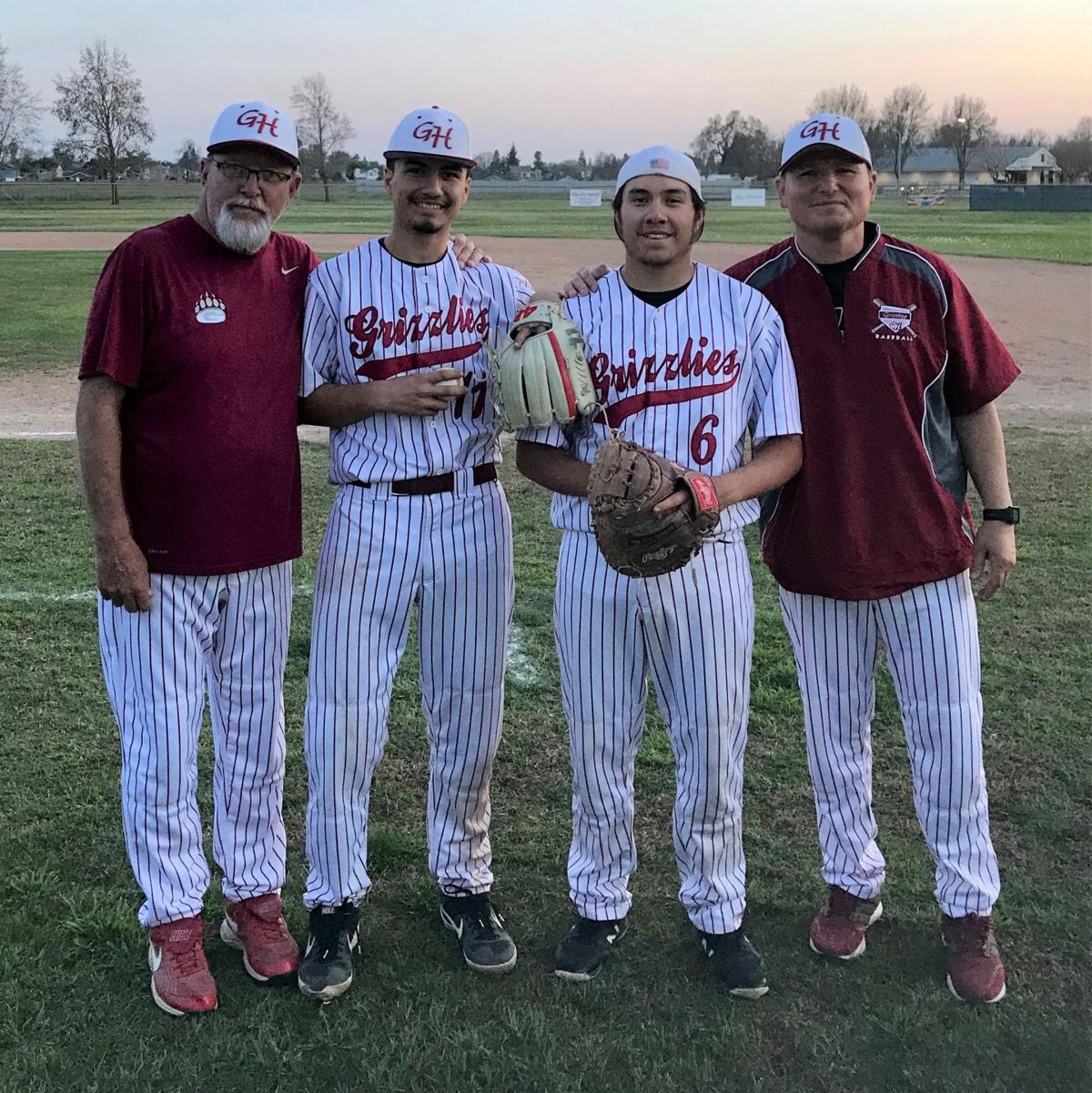 Granite Hills High School’s Rene Lopez, second from left, poses for a picture after throwing his second no-hitter against Farmersville on March 6. 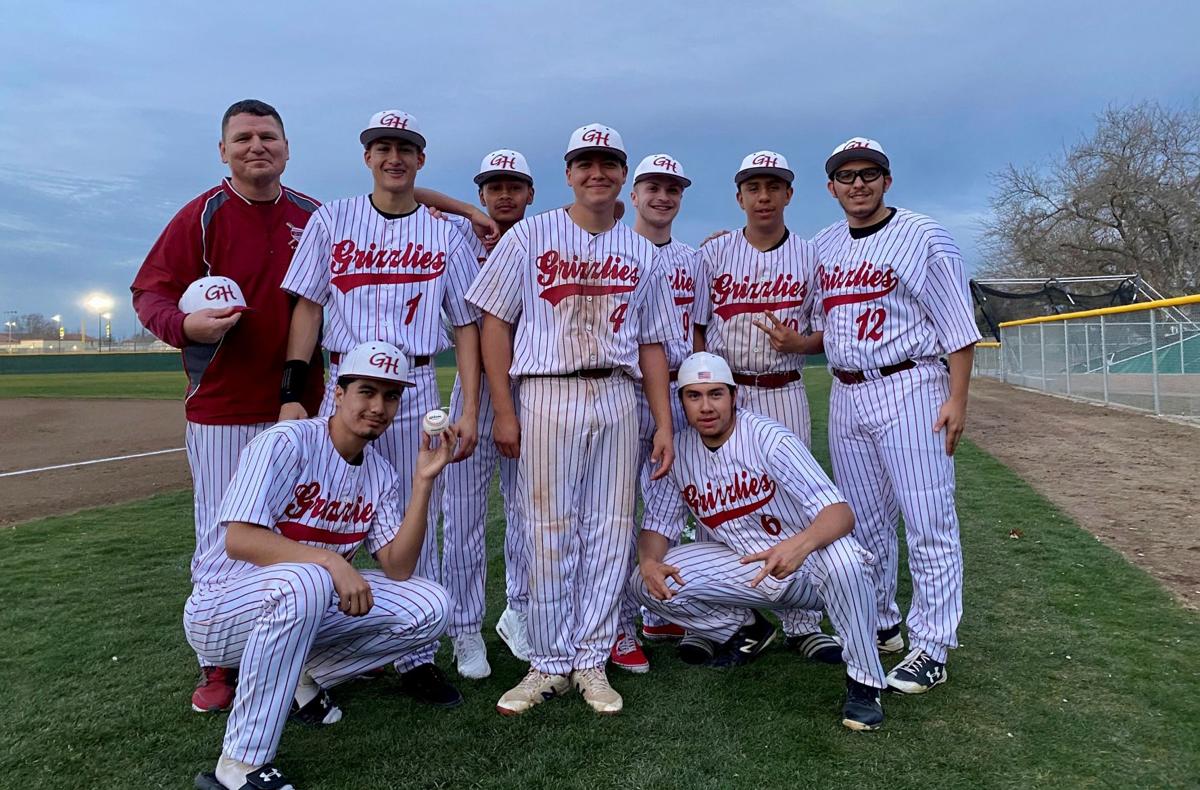 Granite Hills High School’s Rene Lopez, second from left, poses for a picture after throwing his second no-hitter against Farmersville on March 6.

Rene Lopez was playing lights out.

The senior from Granite Hills High School had thrown the baseball program’s first back-to-back, no-hitter and was getting ready for his next big game when his and the rest of the country’s high school and college seasons came to a stop.

The Grizzlies were set to host Strathmore on Friday, March 13, when Porterville Unified School District announced a district-wide cancellation of athletic events through the weekend in response to the coronavirus pandemic.

But the games were never resumed, and on April 3, the California Interscholastic Federation announced the end of the spring season.

“I was sad,” Lopez said. “I didn’t know how to do it because baseball is like everything to me. I love playing baseball. Having that taken away from me really just sucks.”

Coming off one of the best seasons in school history, an 11-15 finish, the Grizzlies were off to a great start this year with a 5-2 overall record and a 1-1 record in ESL. Seven of their nine starters were returners and they were looking to challenge teams like Strathmore, Lindsay and Corcoran for a spot in the ESL’s top three.

“This year we were thinking definitely playoffs,” GHHS head coach Al Garica said. “And I thought we were going to finish, Sierra Pacific is still very tough and they’re still the team to beat, but I thought we can compete, get up there in the top three of the league.”

Offensively the Grizzlies were playing well with four players batting over .400 and freshman Zuriel Garcia’s .533 batting average and 11 RBIs leading the way.

And defensively, nobody was off to a hotter start than Lopez.

The right-handed pitcher, who also played first base, was 3-0 through his first three starts with no runs allowed. He gave up four hits and three walks but recorded 24 strikeouts against 64 batters faced after turning his focus from speed to placement for the season.

“Accuracy is more important than velocity,” Lopez said. “Cause if you hit spots where you know they’ll struggle to hit it, then you’re going to win that one pitch.”

According to MaxPreps, Lopez was one of just three pitchers in the state to throw two no-hitters this season. The pitching milestones came in a 9-0 win against Kings Christian (1-6) then a 14-0 win over Farmersville (2-6, 0-2 ESL).

Against Kings Christian, Lopez was on his way to a perfect game before his teammates pointed out how well he was doing and gave up a walk.

“Honestly I didn’t really realize until the last inning because I was just taking it one inning at a time,” he said. “I was just trying to pitch, hoping that we could get out of there with a win. And I didn’t realize until people started to tell me that I was close to having a no-hitter.”

In what coach Garcia believes is the first no-hitter in school history, Lopez went six innings with six strikeouts and one walk against Kings Christian. At the plate he was also 2-for-3 with two RBIs.

But Lopez’s favorite memory of his entire career with the Grizzlies was the second no-hitter against Farmersville. It was Granite’s ESL-opener and once again Lopez was on. Through seven innings, Lopez gave up just one walk against 22 batters faced and struck out nine.

“Just did the same thing as before,” Lopez said about it. “I just threw strikes and went one inning at a time, one pitch at a time, one batter at a time….I just tried my best to do my job.”

After his second no-hitter, Lopez said his coaches told him they were proud of him and how well he was doing. But he added that his defense, including junior catcher Jose Martinez who was playing his first year on varsity, were a big part of his win too.

“I’ve always had trust in my defense,” Lopez said. “I knew if they hit it and it was something routine, they’d be able to get it. And even if it was something challenging, they’ll still make the effort to try and make the play.”

Lopez picked up a baseball for the first time as a freshman with the encouragement of his grandfather and spent his first season on the junior varsity team. However, by the next season he was on varsity.

“He’s kind of become a student of the game,” Garcia said. “Some kids you tell them something and whatever you tell them they go with it, but he’s one of those kids who does research on his own.”

Lopez plans to play at a two-year college first but it’ll be his attention to detail and how much work he puts in that takes him far, Garcia said.

“He’s just working so hard working out and learning the craft,” Garcia said. “So I definitely don’t think I’ve seen the last of Rene on the mound.”