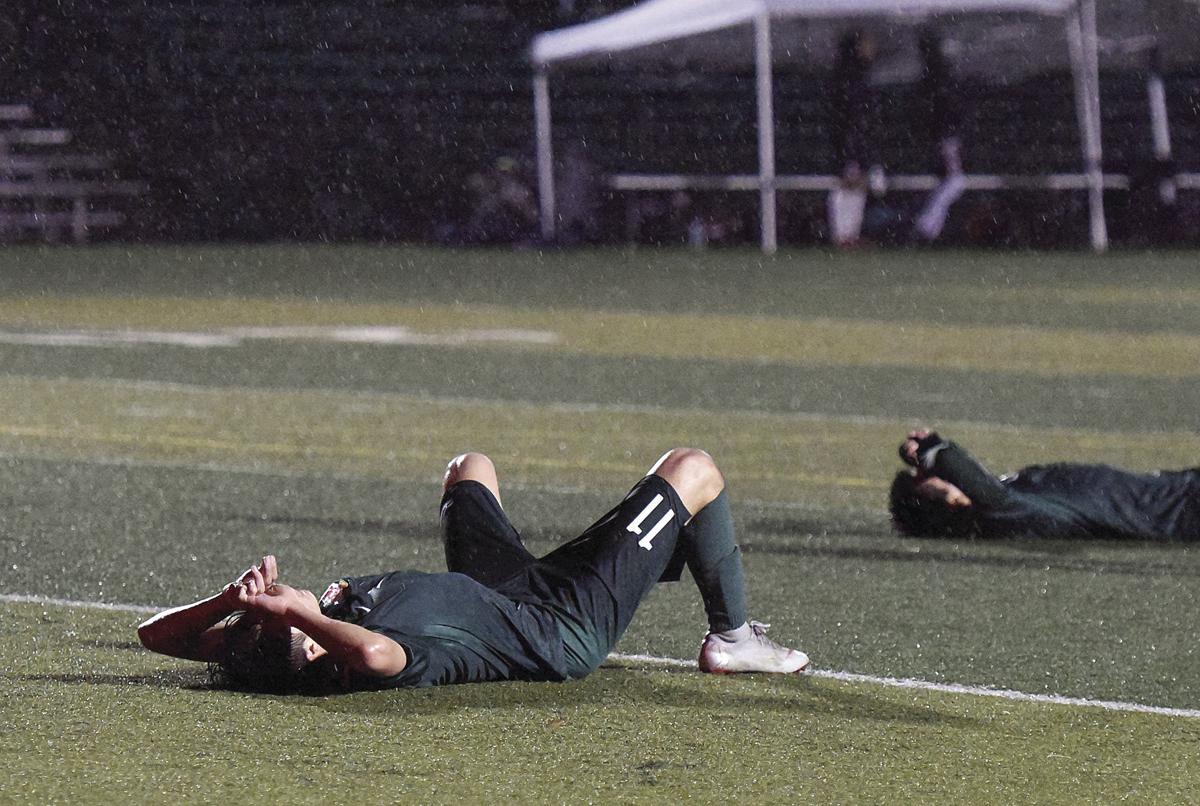 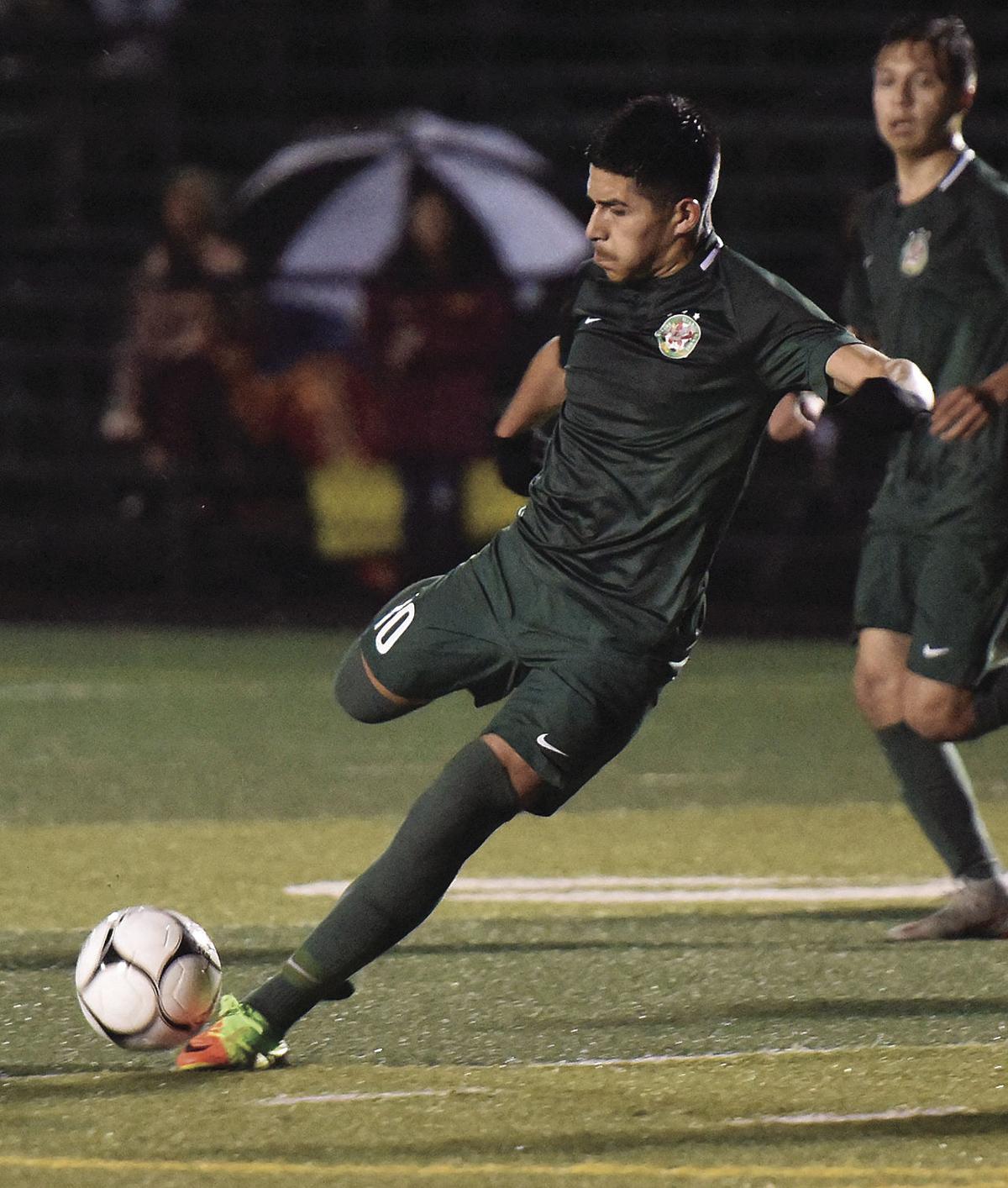 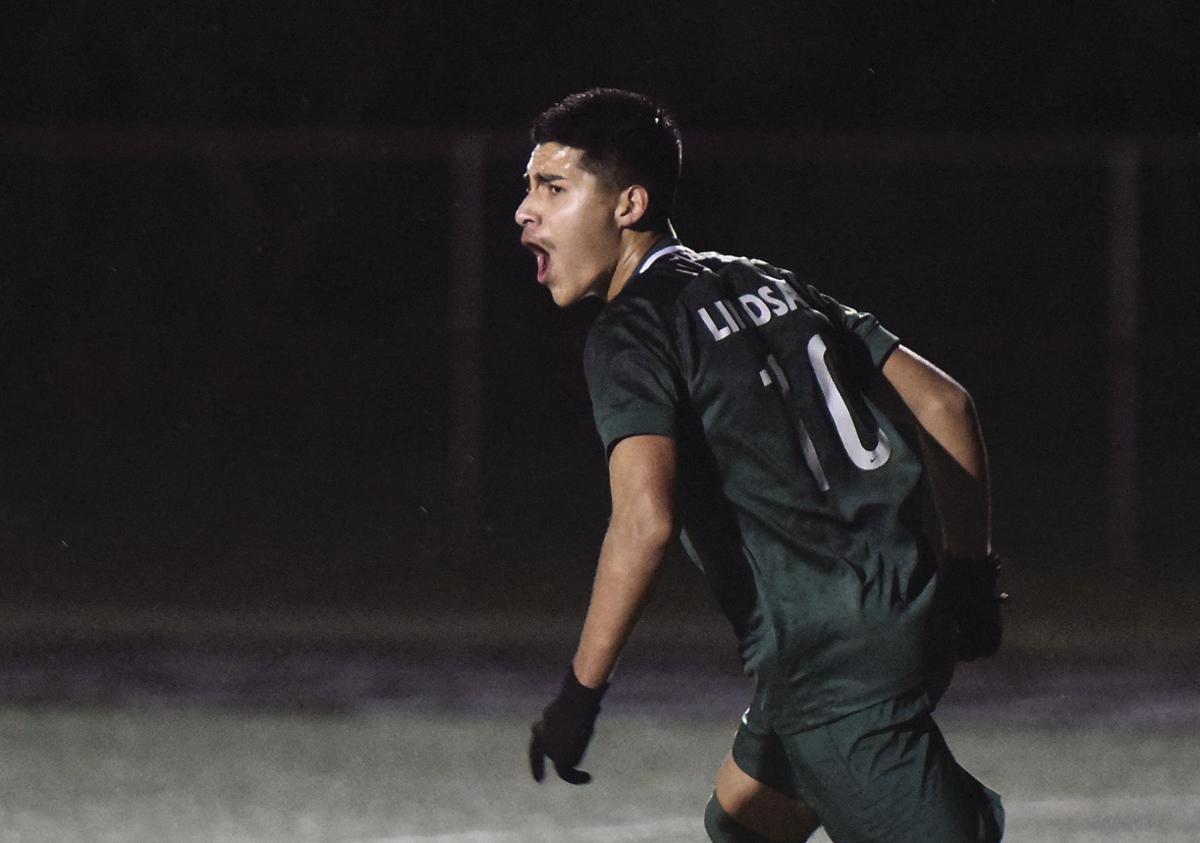 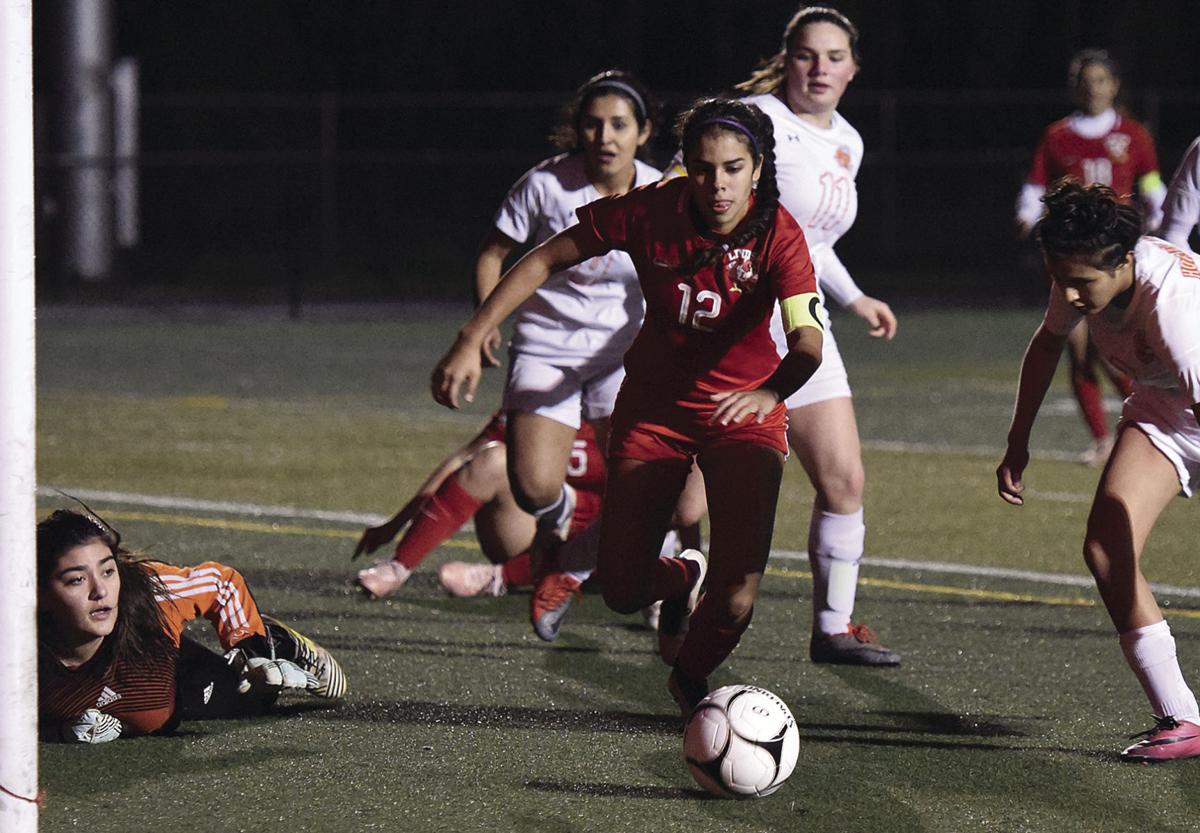 Lindsay High School's Evelyn Martinez chases down the ball in front of the Coalinga High School's goal Friday, Feb. 15, 2019 during the second half of a quarterfinal match of the CIF Central Section Division V playoffs at Frank Skadan Stadium.

Lindsay High School's Evelyn Martinez chases down the ball in front of the Coalinga High School's goal Friday, Feb. 15, 2019 during the second half of a quarterfinal match of the CIF Central Section Division V playoffs at Frank Skadan Stadium.

All local boys soccer teams out after quarters

It was the rematch of last year’s Valley championship game and Lindsay High School boys soccer was ready for revenge against the Lions of Mira Monte.

But instead of the sweet taste of victory, the second-seeded Cardinals (16-7-3, 10-2 ESL) were bounced from the CIF Central Section Division IV playoffs by tenth-seeded Mira Monte (12-10-6), this time in a 3-2 quarterfinals loss at Frank Skadan Stadium Friday.

“The expectations and the goals was to make another appearance at Valley,” LHS head coach Tony Godoy said. “…If you would of told me round of 16 elimination was part of our season, if you were to tell me that in the beginning, I would’ve never believed you.”

The game slipped away from Lindsay in the second half when Mira Monte’s Eriel Abrev scored the eventual game-winning goal in the 12th minute. It came just one minute after a Lions’ goal from Victor Murillo was waved off for offisides.

“We definitely didn’t deserve to win,” Godoy said. “We made two unacceptable mistakes that they made us pay for. And good teams make you pay for that.”

Besides Abrev’s goal, Godoy said the team’s other mistake was when Lindsay failed to clear a ball in the 28th minute of the first half and gave up a goal to Mira Monte’s Jonathan Alvarenga. It was Alvarenga’s second goal of the half after scoring the first goal of the game in the 14th minute.

Lindsay had the chances in the second half, but regardless of who took the shot, the ball couldn’t get into the back of the net. There were chances early in the half with three straight corner kicks, but Mira Monte’s taller defenders had the upper hand on those. In the final minutes of the game, LHS senior, Moises Betancourt, had a chance on a free kick but the ball went into the feet of the wall.

Also not helping the Cardinals, was the slickness of the turf as rain poured down. Corona’s second goal in the first half did have help getting in with the wet turf skipping it past Mira Monte’s keeper. But there was no such luck for Lindsay in the second half.

“This group deserves another Valley championship appearance but as far as this game is concerned, we deserved that loss,” Godoy said. “We didn’t take advantage of our opportunities, and then defensively we had two unforgivable mistakes.”

Damian Valencia scored for the Spartans Friday. Strathmore finished the season with a 5-10-1 overall record.

The Grizzlies finished the season with a 12-8 overall record.

Fifth-seeded Lindsay girls soccer is into the semifinals of the CIF Central Section Division V playoffs after downing 13th-seed Coalinga 3-1 at home in Friday’s quarterfinal game at home.

Teresita Magaña, Evelyn Martinez, and Belen Ferreira all scored for the Cardinals.