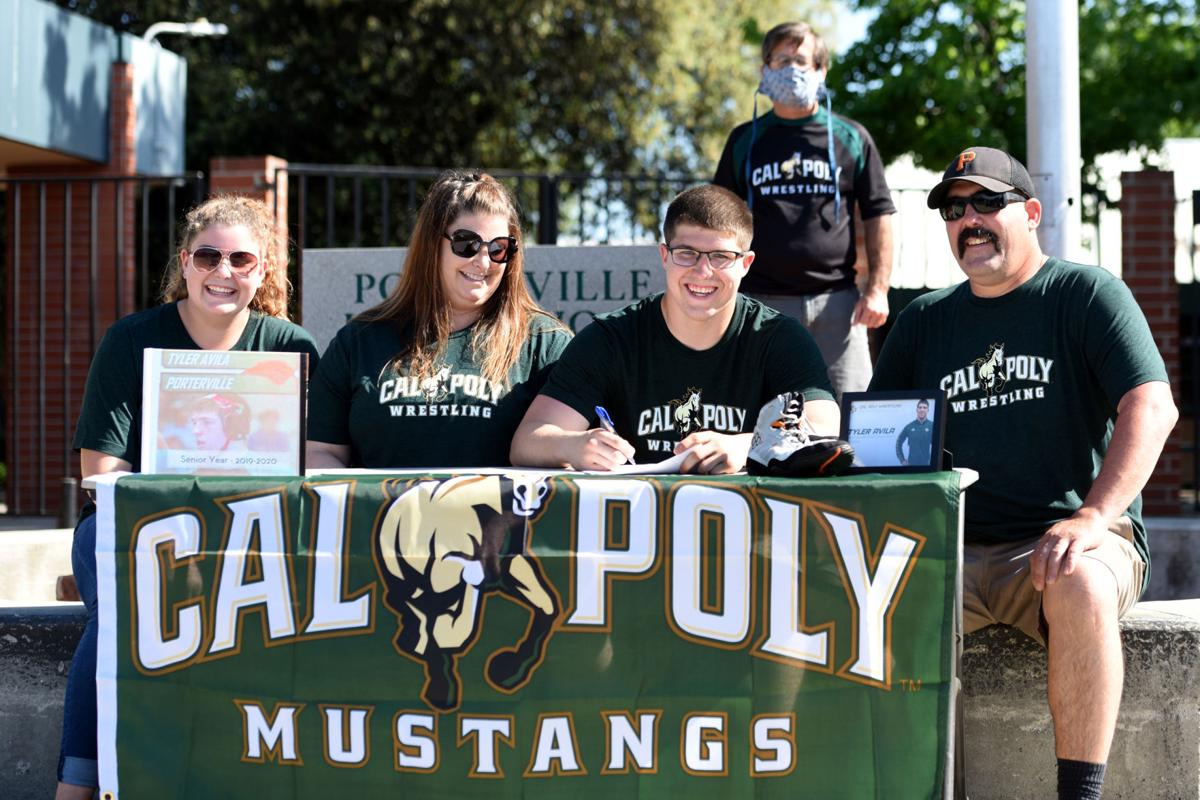 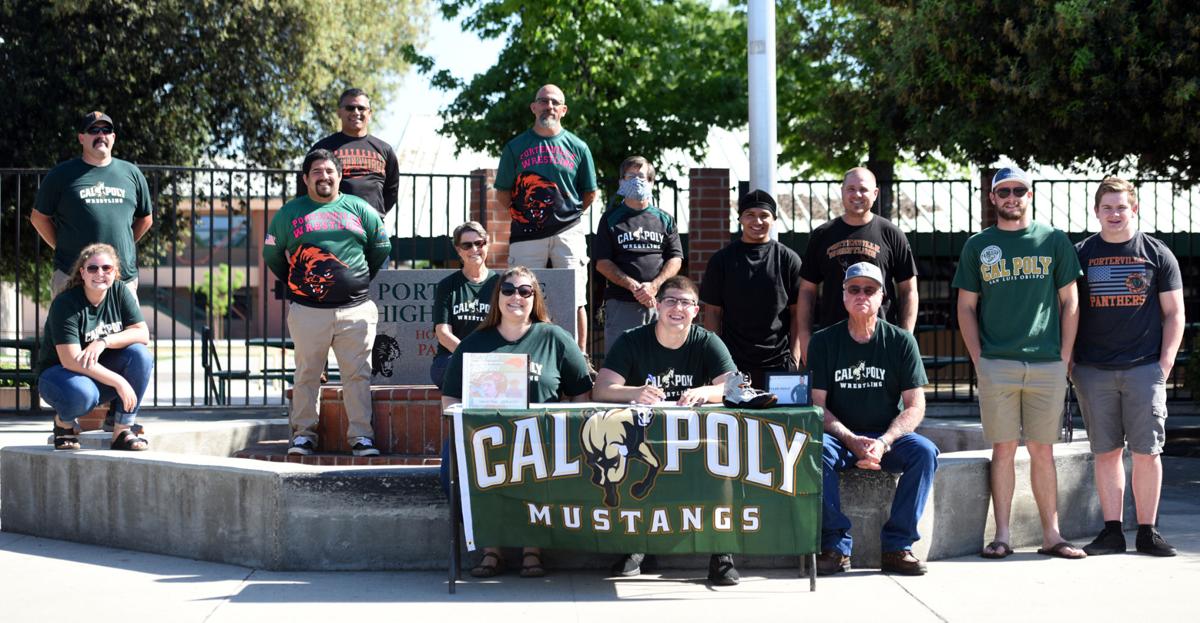 Wrestling in college was always the goal for Tyler Avila, but the Porterville High School senior accomplished his dream of signing with NCAA Division I California Polytechnic University, San Luis Obispo, Tuesday afternoon at Porterville High.

The signing was a long time coming after Avila verbally committed to the Mustangs in early March. Avila received an athletic and academic scholarship to attend Cal Poly, turning down scholarships and offers from several schools including Div. I CSU Bakersfield, Cal Baptist and a President’s Honors Scholarship from Fresno State’s Smittcamp Family Honors College.

“Feels good,” Avila said. “They put a hold on (the paperwork) for the NCAA cause of the whole coronavirus thing, so I was really just anxious waiting for it. It’s really nice to have it done.”

Cal Poly was always one of Avila’s top choices for college. Along with being a Div. I program, the Mustangs have one of the nation’s top agricultural schools and Avila plans to major in agribusiness there.

However the road to turning his dream into an accomplishment was a rough one. Injuries and numerous setbacks kept him from doing well in the postseason until this year.

Avila (182 pounds) went 33-5 with 20 pins this season to win the East Yosemite League, CIF Central Section Division II and Central Section Masters championships; and place seventh at the CIF State Championships. He was the Panthers first male state medalist in six years and finished with a career record of 97 wins, 25 losses and 56 pins.

“(It’s been) good and bad,” PHS head coach Tim Vanni said about Avila’s PHS career. “The bad is the amount of injuries he’s incurred but also the other side of that, the good part is it’s been very encouraging that he’s stayed up with his studies and he’s come out on the other end as a state medalist. And obviously a scholarship to Cal Poly is very meaningful.”

This season was a testament to Avila’s unwillingness to quit or accept defeat.

“I enjoyed it,” he said. “I really tried to have fun with it. With all the stuff that happened, every time I was on the mat I was just trying to have fun. It was high school. I was like, ‘I’ve been hurt how many times?’ Not many people go through what I’ve gone through and still stick with it. So I just tried to have fun.”

As a freshman, Avila’s season ended early after he had a labral tear in his shoulder. Then as a sophomore, he needed surgery on his meniscus and got pneumonia in the postseason. He placed fourth at Valley and ninth at Masters before a disappointing 0-2 finish at state.

Last season, Avila didn’t even get to wrestle in the postseason because of costochondritis, an inflammation of cartilage in the rib cage, that was the result of a car accident.

Avila had some bumps along the road this season, including a concussion and pulled back muscle, but as always, nothing could stop him. He finished his season standing on the podium at state and as The Recorder's 2019-20 Orange Belt Boys Wrestler of the Year.

“I’m happy with myself,” Avila said. “Like I say, always could’ve done better. But I’m ready for that next level. I’m excited.”

The next level is four years with the Pac-12 Mustangs, who finished fifth in the conference championships this past season.

“I think it’s definitely going to be tough but I’m ready. I’m willing to adapt so I’m excited,” Avila said about competing at the collegiate level.

Because of the resilience Avila’s shone throughout his years at Porterville, coach Vanni believes he has what it takes to be successful at the next level.

“He’s got a great approach to life and he’s very appreciative of obviously all the help and support that he’s had,” Vanni said. “He’s got a tremendous support group, individually he’s an intelligent young man that strives to do better all the time. He doesn’t have expectations of things being given to him but at the same time he’ll work for what he wants.”

In his time at Porterville, Avila was also a three-sport athlete and on both the Panthers’ swim and water polo team. He maintained a 4.33 GPA this year, earned an FFA State Degree and served as a junior fair board member for the Porterville Fair.