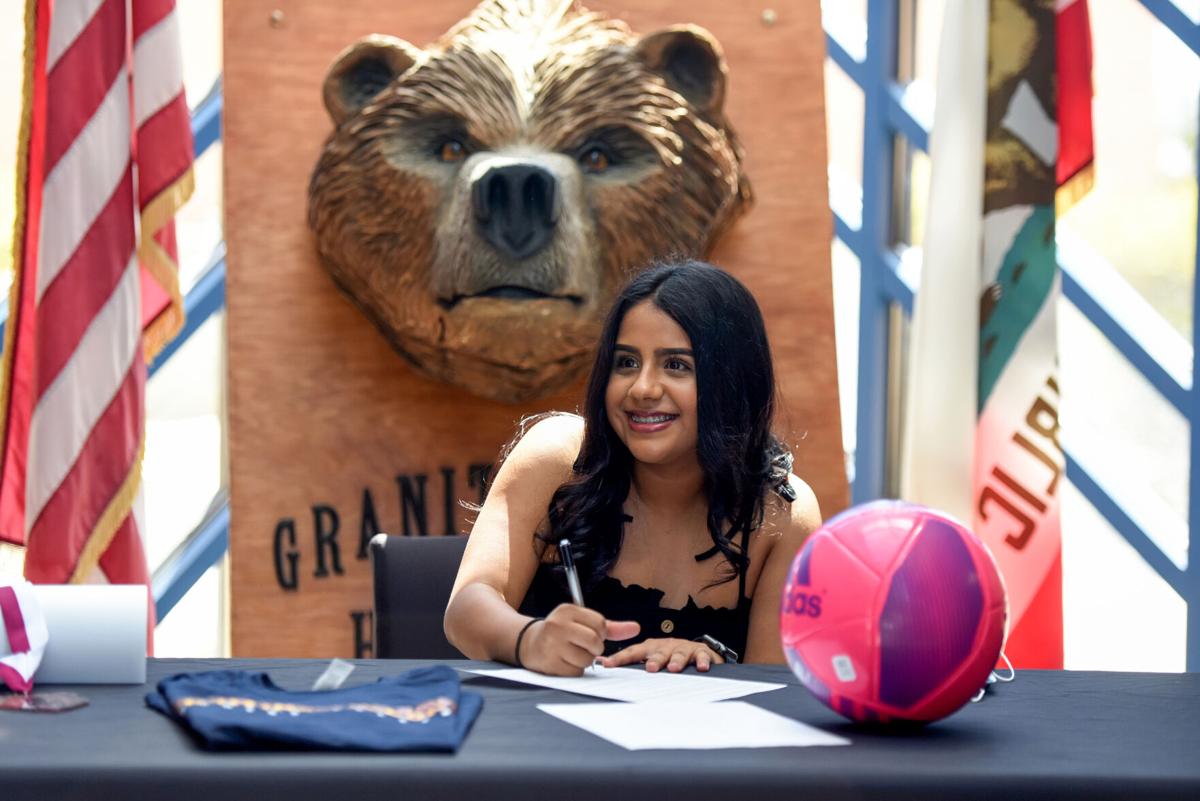 Roxana Orozco, a Granite Hills High School graduate, smiles for a picture as she signs a National Letter of Intent to play women's soccer for California Miramar University in Montebello, Wednesday, Aug. 5, 2020, at Granite Hills. 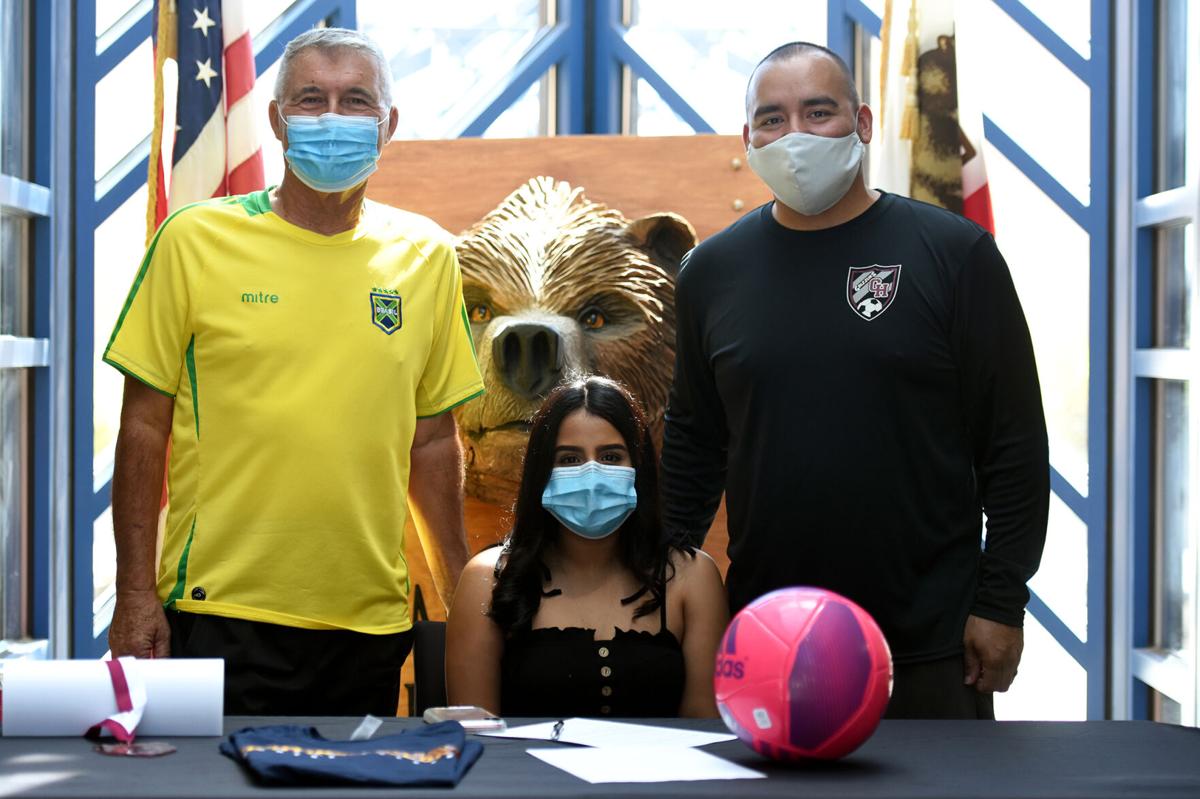 Roxana Orozco, a Granite Hills High School graduate, smiles for a picture as she signs a National Letter of Intent to play women's soccer for California Miramar University in Montebello, Wednesday, Aug. 5, 2020, at Granite Hills.

In the midst of a pandemic, Roxana Orozco found something to smile about.

The Granite Hills High School graduate returned to campus Wednesday to sign a National Letter of Intent to play women’s soccer at California Miramar University, Montebello. Orozco received an athletic scholarship and will play for the Fighting Falcons in their inaugural season next year.

Even with a mask, Orozco’s excitement about the future was apparent. Although the face covering did serve as a reminder that she would have to wait a little longer for this next adventure.

“It’s exciting,” Orozco said. “But it’s kind of bad because then I’m not going to start when I want to start.”

“I think Roxana, probably last year, one of our better defenders,” GHHS head coach Daniel Dominguez said. “I think (because of) her aggressiveness...her quickness, her speed that she had last year. She took really huge steps from junior year to senior year. And she was somebody I depended on a lot to shut down sometimes the best player on the opposing team.

“That’s the type of player she is. She was willing to move around where we needed her to move. She was not selfish at all and she would sacrifice a lot for the team,” Dominguez said.

In attendance for her signing was Orozco’s new coach Tony Rosa, who was most recently the head coach of Cerro Coso Community College’s women’s soccer program. He now leads the Falcons into their first season with big plans, plans he expects Orozco to have a big part in.

“Roxana had big interest in playing and that, to me, (is) a skill, because then everything else will fall into place,” Rosa said. “So I’m excited to have her join us and start our program.”

Orozco said she had some nerves during the recruiting process. She still has not talked to any of her teammates or visited the campus, but she knew CMU was the right choice because it was a business school -- she wants to own a business one day -- and she believes in Rosa.

“He said that he wants to help people grow and I want to grow in the sport I’m playing,” Orozco said.

“I’m very confident in what I coach and how they’ll play and how good they’ll become,” Rosa said. “I feel that if a player comes to me as a freshman, by the time they’re seniors, they can play any level. D1, D2, doesn’t matter. And some of them may be able to play at the semi pro or pro level.”

For Orozco this is all still a big change because she’ll be doing it without her family close by. However, Dominguez believes the values taught to Orozco by her family will make for an easier adjustment.

“I think she’s going to adjust fine,” Dominguez said. “And I think she gets that from her family. She comes from a hardworking family. Her mom is a really, really hard worker and I think she has that same mentality.”

Orozco said she enjoyed her time at Granite Hills, where her team became her family and she made lots of memories, but she’s ready for the next level.