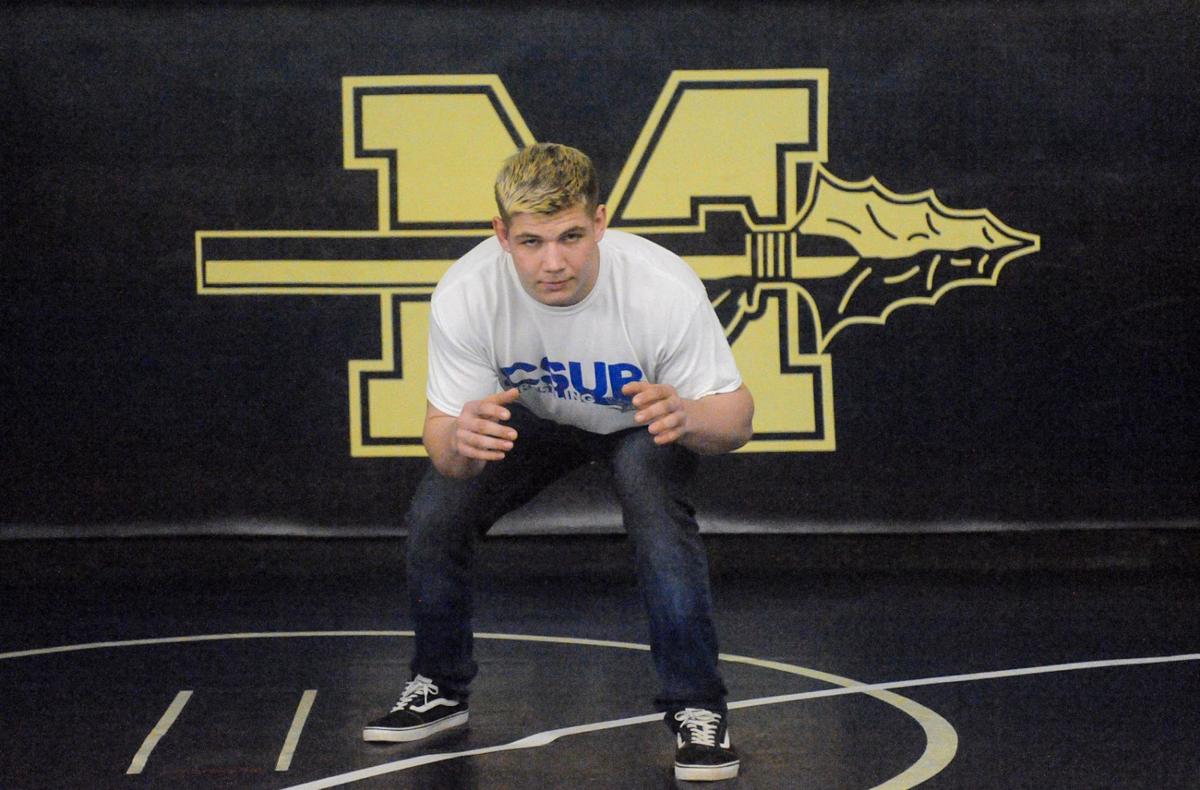 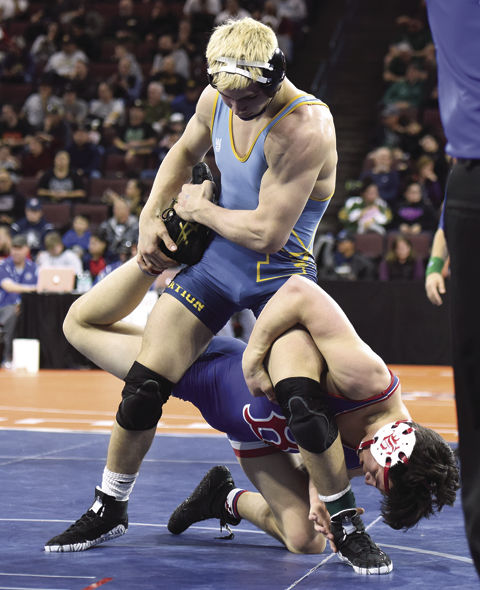 From the start, all eyes have been on Mark Cardwell.

A ranked wrestler since his freshman year, Cardwell was not only the most successful boys wrestler during his time at Monache High School, but also in the area.

This season he became the first Marauder to be a four-time state qualifier and played a large part in the team being runner-up Valley champions.

One of the most decorated wrestlers in the Valley, Cardwell is The Recorder’s 2018-19 Orange Belt Boys Wrestler of the Year — an award the senior’s won three years in a row.

After signing on with California State University, Bakersfield in November of last year, the goal for Cardwell was the same as it had been for years — become a state champion.

And like always, the 170-pound wrestler came into the CIF State meet with plenty gunning for him and his No. 3 ranking.

“You have a target on your back, everyone’s trying to beat you,” he said. “Then you get to state and you just have all this pressure on you. ... I always try to tell myself, just treat it like any other tournament, but it could be hard sometimes.”

After winning a CIF Central Section Division III championship and taking second at Masters, Cardwell opened the state tournament with an opening-round bye and had an easy first two rounds with a 38-second pin and a 15-0 technical fall, respectively.

But Cardwell’s dream of a state championship was shattered in the quarterfinals when he lost an 8-2 lead in the third period and was defeated 9-8 by Buchanan’s Rocco Contino, who went on to place second.

“After I lost in the quarters it was really shocking for me, but later on I learned from it,” he added.

Cardwell won his next two matches 5-1 and 11-2, but in the consolation quarterfinals he lost to Ryan Cosio of Temecula Valley, a wrestler who finished third at state but lost 8-7 to Cardwell at the beginning of the year in The Battle for the Belt. That win also made Cardwell the first Monache wrestler to claim a title at the tournament, according to MHS head coach Arthur Demerath.

On losing to Cosio after beating him earlier, Cardwell said, “It just happens. There’s a lot of upsets at state.”

But the loss set up the umpteenth meeting between Cardwell and Selma’s Christian Rodriguez, a Fresno State signee. Nearly every meeting between the two had ended in a one-point difference but always with Rodriguez the winner.

Competing for fifth place, Cardwell looked to have the upper hand against his nemesis with a 2-1 lead after the first period, but two periods later the score was tied 4-all and an overtime period was needed. In overtime, Rodriguez once again came out on top with a takedown for a 6-4 win.

It was the second time in a row that Rodriguez had soured Cardwell’s time at state after the Selma senior beat Cardwell 9-3 in the third-place match last season. But even so, Cardwell’s still excited for a collegiate rematch against Rodriguez.

“I’m excited because I know I’m right there,” Cardwell said. “I can beat him. I’m excited to see what my hard work’s going to do. When I wrestle him, I’ll know even more.”

In regards to losing at state, Cardwell looks at those matches as learning experience that just prepare him for the next level.

Cardwell’s journey to becoming the first four-time state qualifier for the Marauders was in the works since he was a kid, and it’s something Demerath was able to witness firsthand.

“I’ve actually coached Mark since — if I remember correctly — he was in fifth grade, and his development to an elite wrestler over those many years has been very impressive,” Demerath said.

With a 51-7 record this season, Cardwell’s worked hard to be able to stand on the state championship podium two years in a row.

“This year did not finish as we hoped but in my mind he will always be a champion,” Demerath said.

“Those feats by themselves will be hard to duplicate,” Demerath said.

Cardwell knows that there will be others to come after him, but on being the first four-time state qualifier for the Marauders, he said, “It feels really good because it’s history that I made.”

For him, the biggest difference between wrestling as a young freshman to now as a more experienced wrestler is the hard work he’s put in. He plans to bring that same work ethic over to the collegiate level although he understands things will be a lot tougher.

“I’m excited for it,” Cardwell said. “I know it’s going to be really tough because those guys are on another level, but I think it’s like me going from middle school to high school. At first I wasn’t right there but I just got used to it and I got the feel for it and I started winning, and I think college is going to be the same thing. I won’t be winning right away, but eventually I’ll start winning.”

At Bakersfield, Cardwell is going to pursue a degree in kinesiology with the goal of coming back to coach wrestling at Monache, something Demerath is completely behind.

“I hope in the future, individuals like Mark and others I’ve coached, will come back and help build the program, and at some point take it to the next level,” Demerath said.