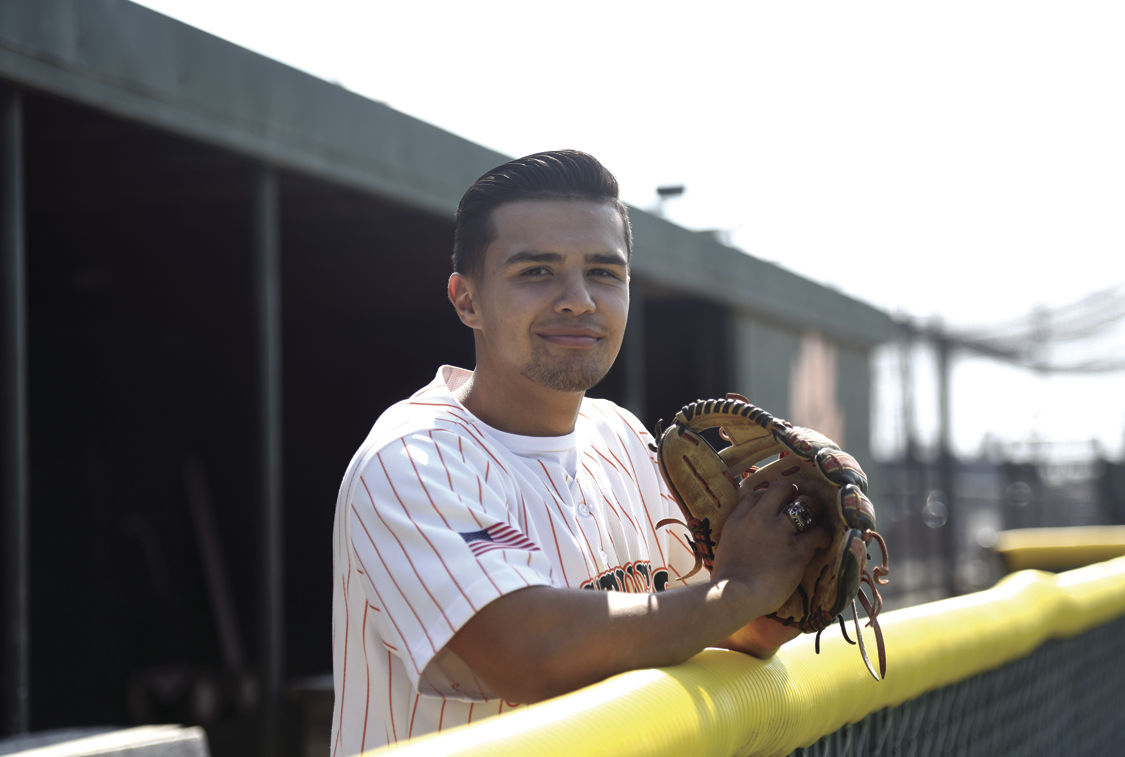 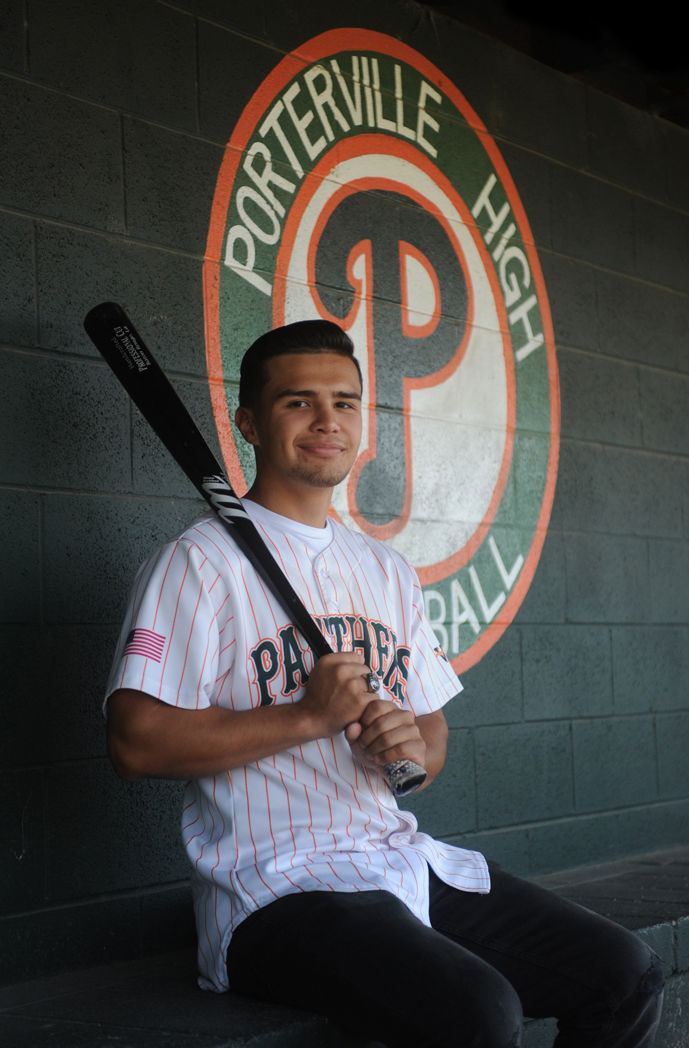 More than numbers: Porterville’s Daniel Perez was one of the division’s best hitters and key in the infield

His stats speak volumes but there’s much more to Daniel Perez than what someone can glean from a scorebook.

The Porterville High School senior had an infectious energy that translated throughout the Panthers’ dugout. His willingness to better himself not only for his personal development, but as a contributor to the team, is to be admired just as much as his numbers.

And those numbers are impressive. One of the top hitters in Central Section Division II, Perez was the area’s best all-around hitter. His athleticism and smarts also made him a staple at shortstop for a All-EYL decorated infield.

For that and more, Perez is The Recorder’s 2018-19 Orange Belt Baseball Player of the Year.

Perez led the East Yosemite League in batting average (.460), on-base percentage (.565), hits (23) and doubles (6), which led to being named the All-EYL’s Most Valuable Player. But that, and the Panthers (22-6, 12-3 EYL) being outright EYL champions, are things Perez just saw coming with hard work.

“It felt amazing,” Perez said about the EYL title. “I wasn’t really shooting for that. I would just come before practice and work hard, and you know, do everything for my teammates. So getting that just shows what happens if you work hard all the time.”

All the time isn’t an exaggeration for Perez either. Even after the season ended last year, he could be seen at the Panthers’ field taking grounders and working on his hitting. This season he didn’t have a seventh period so he just worked on his hitting before practice.

Following PHS head coach Mike Hill’s wisdom of “Don’t waste an at-bat, even if we’re winning by 20”, Perez’s extra work and being more selective with pitches set him up for his best year ever.

“He just gets on base,” Hill said about his leadoff guy. “He can run. He’s extremely fast and smart, he’s a smart base runner. But just, he’s that guy. Every time he came up in a crucial situation, I was just happy because he’s a competitive kid.”

At the plate wasn’t the only place Perez excelled. From the start, what he could do defensively is what got him noticed and brought up to varsity as a freshman.

After playing both second and shortstop for the Panthers, Perez said without hesitation that shortstop is his favorite spot.

“You’re like the heart of the infield so you get a lot of balls,” he said. “You get the crazy plays and that’s why I like shortstop.”

The craziest play Perez remembered was when he dove for a ball up the middle, tossed it to second baseman Cameron “CJ” Fish to turn a double play against El Diamante. On varsity together since sophomore year, Perez said Fish made plays like that easier for him.

With his immense growth in skill and knowledge of the game it’s almost crazy to think that 10 years ago Perez wanted no part of baseball.

“My brother played and my uncle asked me if I wanted to play and I said no cause I didn’t like it,” Perez said. “I only played football. Then after watching my brother for a year and learning how to play, I told him I wanted to play. After not liking it, I started to fall in love with it.”

That love allowed Perez to be a part of two Valley championship games and one Div. III title in 2017. For him, it was mind blowing to play at Visalia’s Rawhide Stadium and share a field with Minor League Baseball players, and it was something he always wanted to get back too.

“After winning that, after that you have to win every year,” Perez said. “And if you don’t win it’s like a disappointment.”

Seeded fourth in the Div. II playoffs, Porterville fell one game shy of making it back to the Valley championships — this time at Fresno State — after losing 9-4 in the semifinals to eventual Valley champions, top-seeded San Joaquin Memorial (27-5).

Thankfully the semifinal game won’t be Perez’s last taste of baseball since he plans to continue his baseball career at the College of the Sequoias. Unfortunately, it was one of the last times he got to play with most of his teammates that are now like family to him.

And there’s no doubt that Perez will be missed too.

During games, when players got big hits, it was Perez that could be heard across the diamond cheering for his teammates. He was a guarantee at practice — except for that one time he swore Hill said there was no practice — making him a guarantee on the lineup. His energy, but above all his dedication, makes him a tough player to replace.

“The thing with him, and what I love about him more than any of his ability — and he’s a dang good player — but when he steps betweens the lines, it is 100 percent,” Hill said. “He plays hard and he did that for four years.”