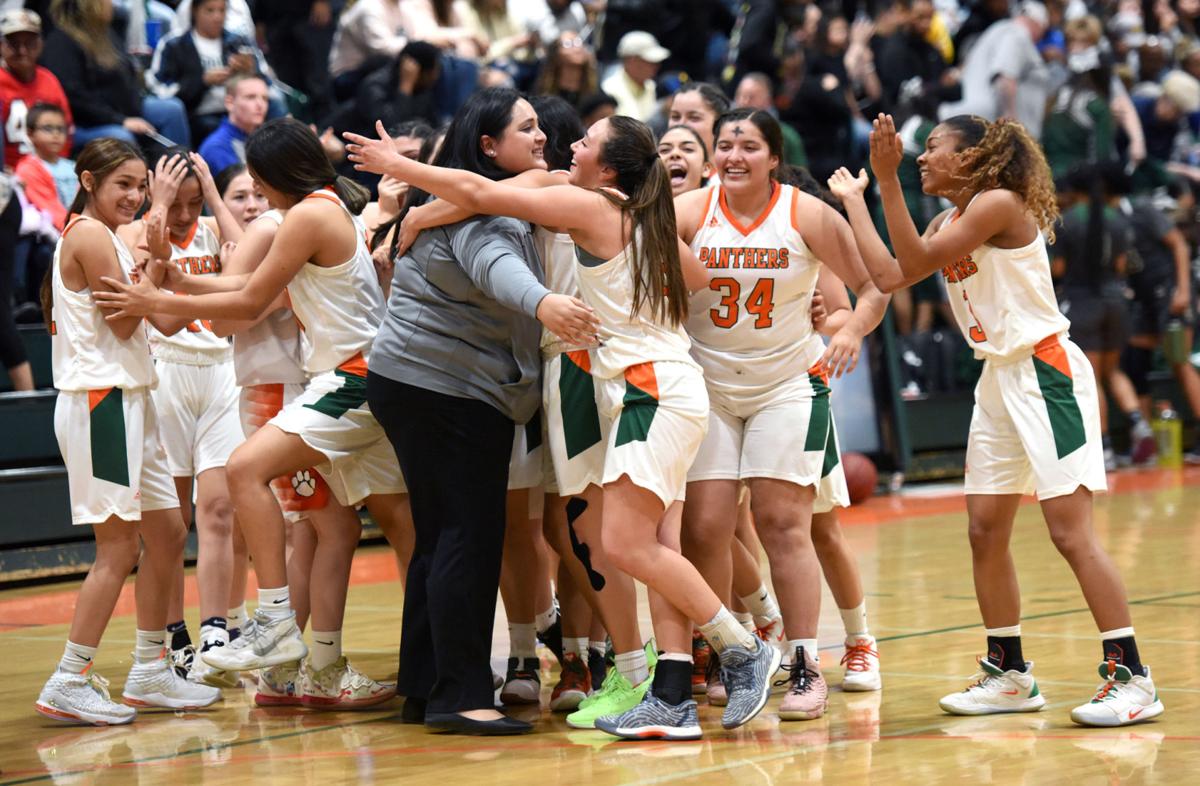 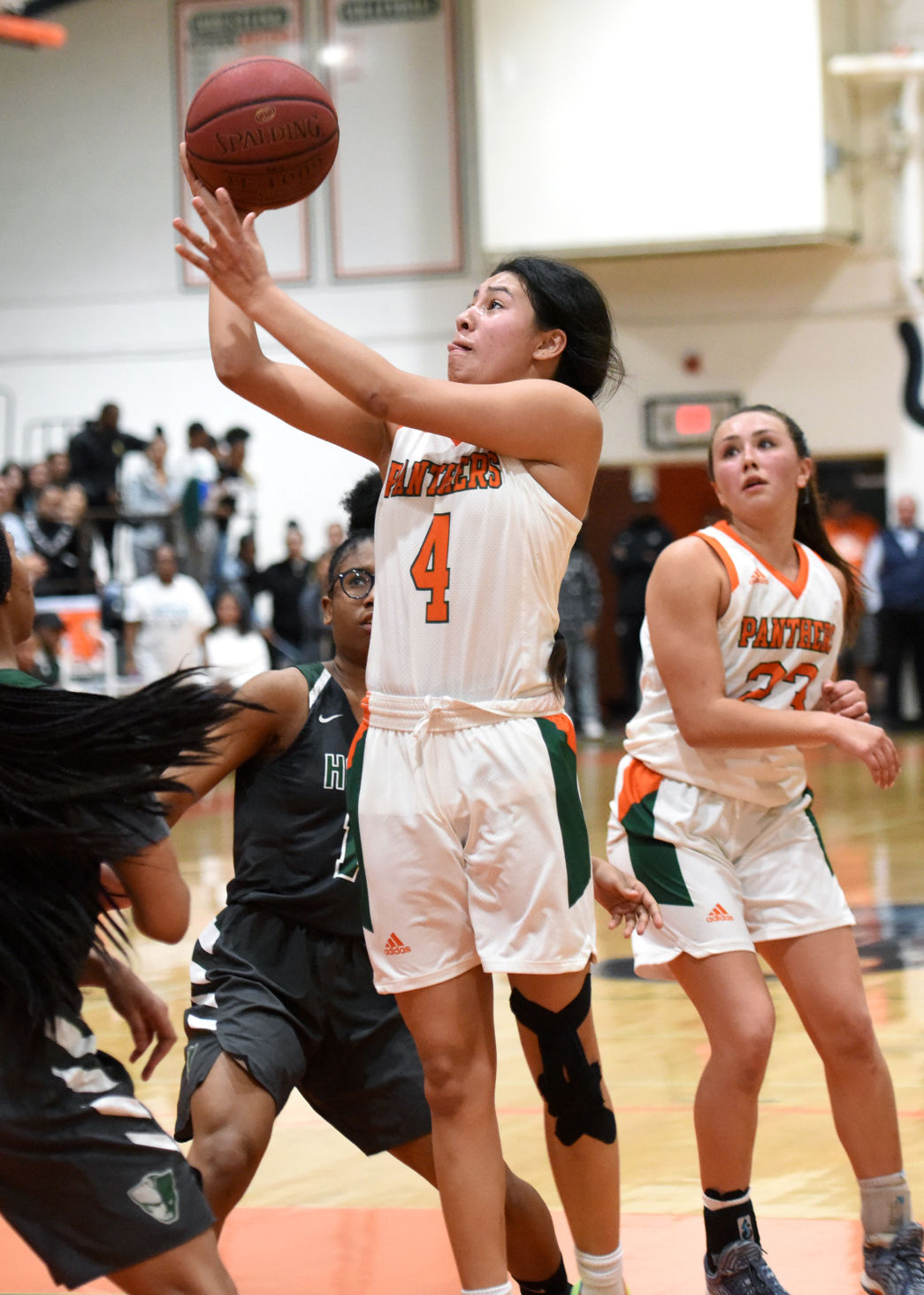 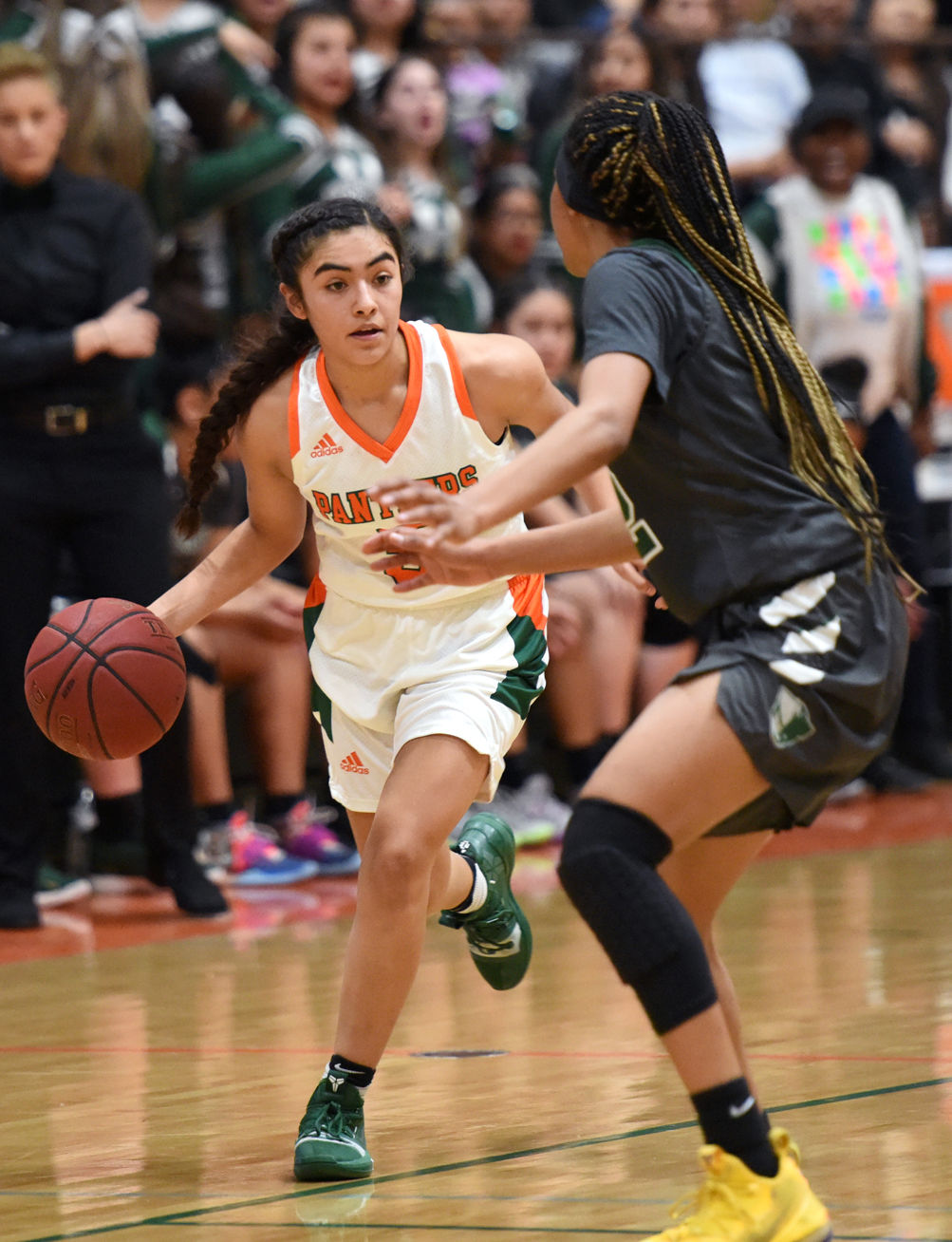 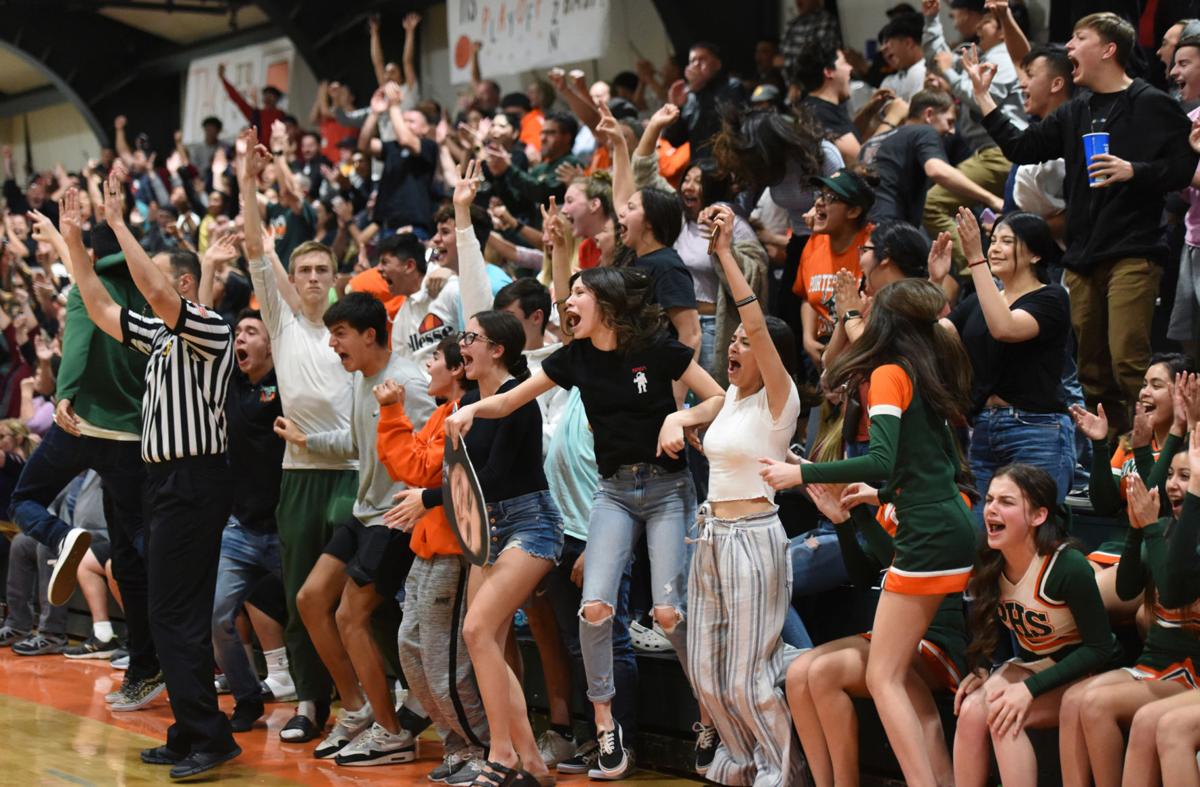 No. 1 PHS beats No. 4 Hoover, play for Valley title Friday

The trips to the CIF State Championship tournament even nicer.

But the big goal — get a Valley championship — is finally in the reach of the Porterville High School's girls basketball team after an impressive 67-57 comeback victory over No. 4 Hoover (23-8) in Wednesday's Central Section Division III semifinal game at home.

It took three years and a move up in divisions to be in this position but the Panthers (30-2, 10-0 EYL) finally did it. Top-seeded Porterville will play No. 2 Arvin (28-4) for the Div. III Valley title Friday at Selland Arena in Fresno. Tipoff is at 2 p.m.

“This is the third-straight time we've gone to the semis, this is the first time we've gotten through, gotten to the finals. So it's a pretty exciting time,” PHS head coach David Kavern said.

Porterville had a second half for the ages after allowing the Hoover Patriots a 9-0 run and trailing 41-32 early in the third. But the Panthers stayed aggressive — fighting for every loose ball, getting steal after steal and getting their own rebounds — and found themselves back in the game.

“We talked at halftime: knowing where (Hoover's Ajah Slocum and Daeja Holmes are), rebounding the ball and just keep the pressure on,” Kavern said. “Because at some point they're going to crack cause they haven't seen the type of pressure we can apply. You could tell, the middle of third quarter on, they got tired. And our active hands, our feet, we were able to get some steals and baskets.”

Finding her stroke from the 3-point line in the second half and helping Porterville regain the lead was Jazlynne Medrano. The senior finished with a game-high 21 points and had nine off three's.

Down just 47-45 to start the final quarter, Medrano knocked down a shot off an assist from Jewelia Maniss to tie the game, then Nseije Ortiz made a layup to give Porterville the lead.

From there on, Porterville just poured it on Hoover and outscored them 22-10 in the fourth quarter for the win. The Panthers even held Patriots scoreless for over the first two minutes of the fourth while building a 55-47 lead.

For Hoover, Holmes finished with 16 points and Slocum had 13.

And just how did Porterville pull off the comeback?

“Maturity,” Medrano said. “We came back, we stayed calm. Me and Jewelia, we got the team together. We told the girls we need to stay calm, push the ball, play good defense.”

The Panthers got an all-around, complete team effort in the win with Maniss getting numerous assists but also finishing with 19 points. Madison Johnson totaled 12 points and Ortiz finished with 11 points, eight of which came in the second half.

“We have some pretty talented kids and what's nice is they're all unselfish and they all work hard,” Kavern said. “That's what makes it nice getting this win.”

With Porterville's hype squad, the Sharman Crazies, living up to their job title and Neil Diamond's “Sweet Caroline” being chanted from nearly every Porterville fans' mouth, Bill Sharman Gym was definitely the place to be Wednesday night.

But even with the craziness, Medrano said she's staying calm.

“Gotta stay focused,” she said about the win. “Keep my mindset in the game, no let up.”

The Panthers have a day to get ready for their biggest game of the season but you better believe they'll be ready.

“You have one day to prepare so can't make a lot of changes,” Kavern said. “Just go real light tomorrow and going to have a team dinner afterwards and try to rest our legs. Get ready for Friday at 2 (p.m.). We got great support tonight and a lot of people were here, I hope a lot of people can make it Friday afternoon at Selland.”