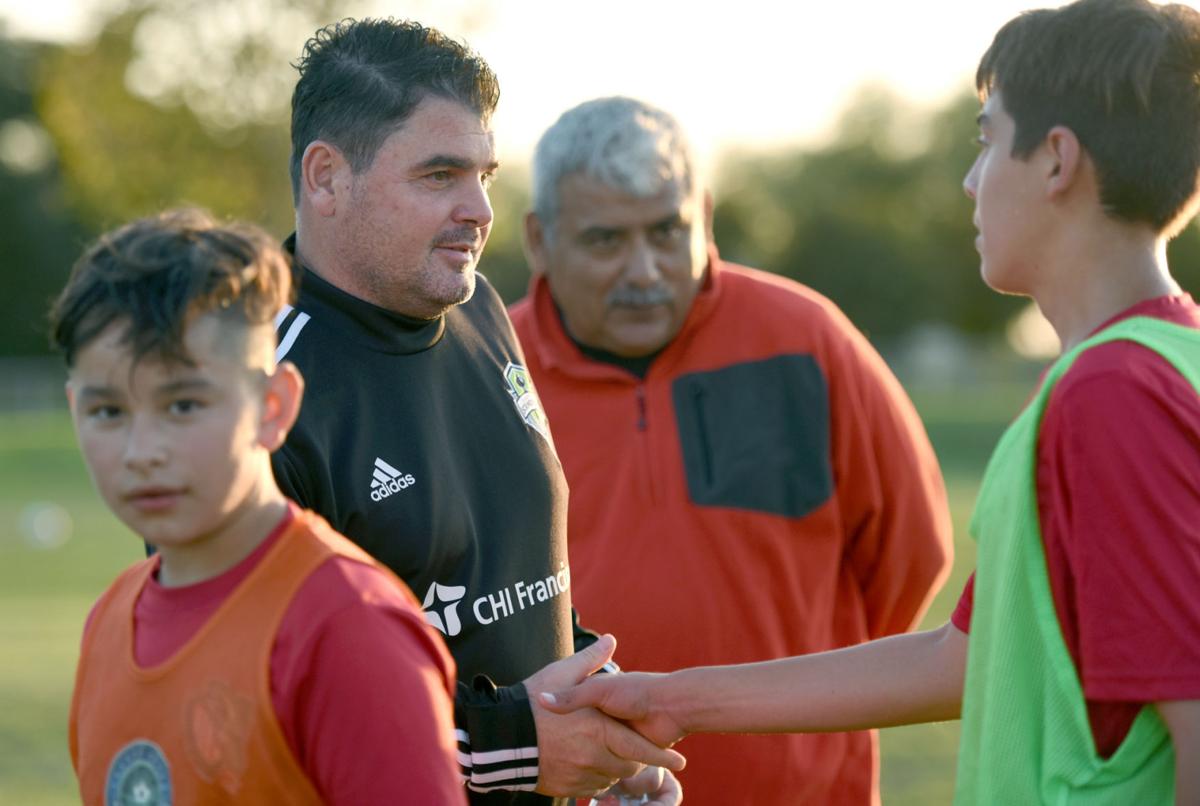 An ordinary day of youth soccer practice turned unique Tuesday with a visit from Giuseppe DePalo, the head of recruitment for Major League Soccer's Seattle Sounders.

Brought to Porterville on an invitation from South Valley Chivas' president, Esmaldo Hernandez, the professional soccer scout stopped by the Porterville Sports Complex to look at some local talent.

“(There) is obviously a really good standard of youth play here,” DePalo said. “Had the pleasure to meet this gentleman (Hernandez) and he invited me down. I promised him I would come down and here I am.”

DePalo, who recruits for the Sounders' youth teams (U15-19) all the way up to the first team, watched players born in 2004-2007 for a potential invite to a Sounders' tryout.

When it comes to scouting, DePalo said he looked for players with “a special quality".

“Just looking for the one player who has a special quality, who's great at something,” DePalo said. “Whether that be the ability to run in behind defenders, or outstanding crossing ability, or a great goal scorer. Just ideally finding a player who has that one special quality. And that tends to stand out when you see a player who does something a little different than everybody else.

“The player that makes it in the game are usually the ones that become experts at one thing, whatever it is,” he continued. “And the player who's a jack of all trades, it's harder that way. It tends to be harder.”

Born in Milan, Italy, DePalo said soccer has been a part of his life since he was little. The scout first played soccer, reaching the professional level before getting into coaching. He coached in the National Collegiate Athletic Association (NCAA) for 19 seasons. From there he moved into more technical work and last worked with Miami FC, a team in the National Premier Soccer League.