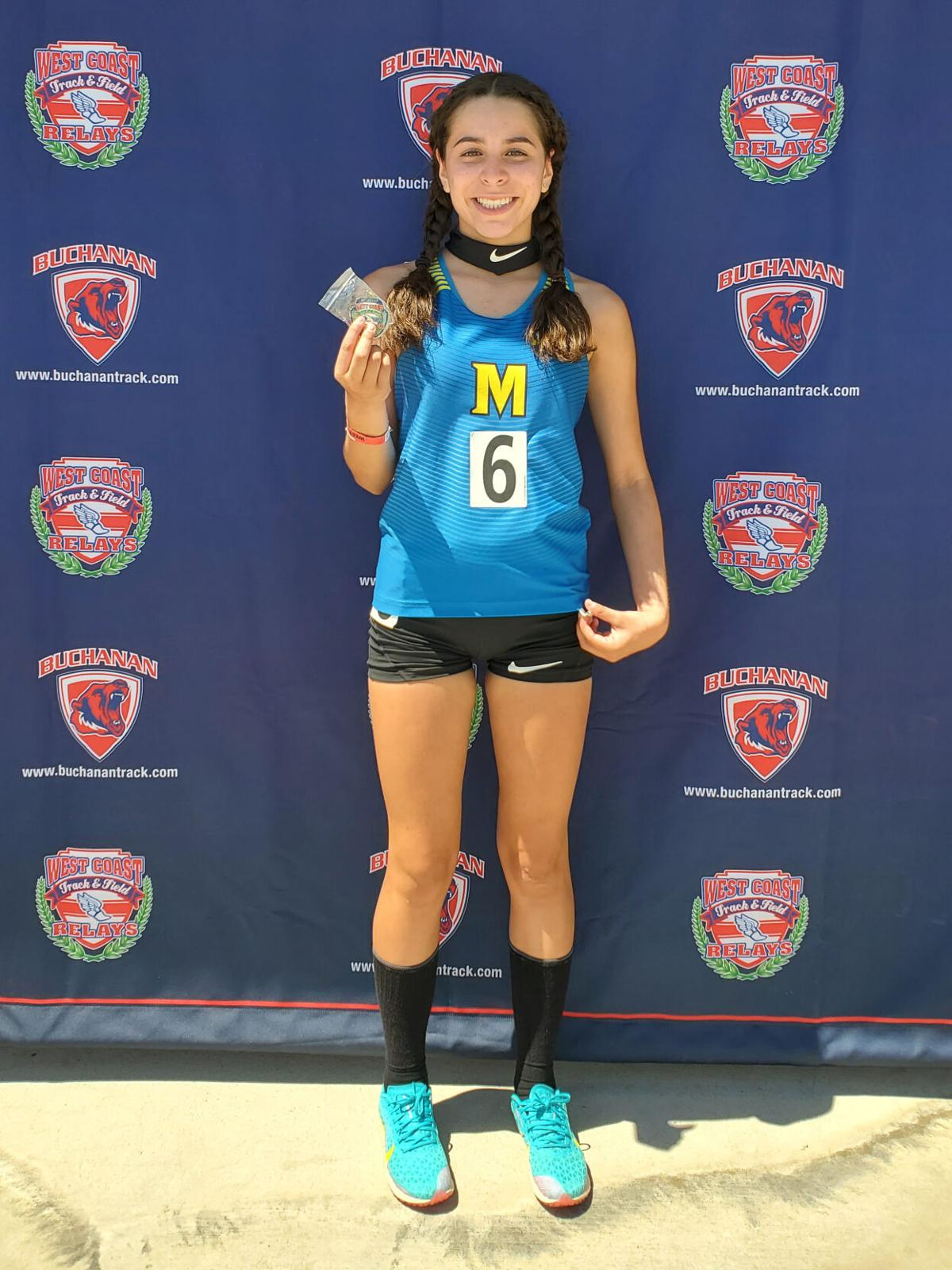 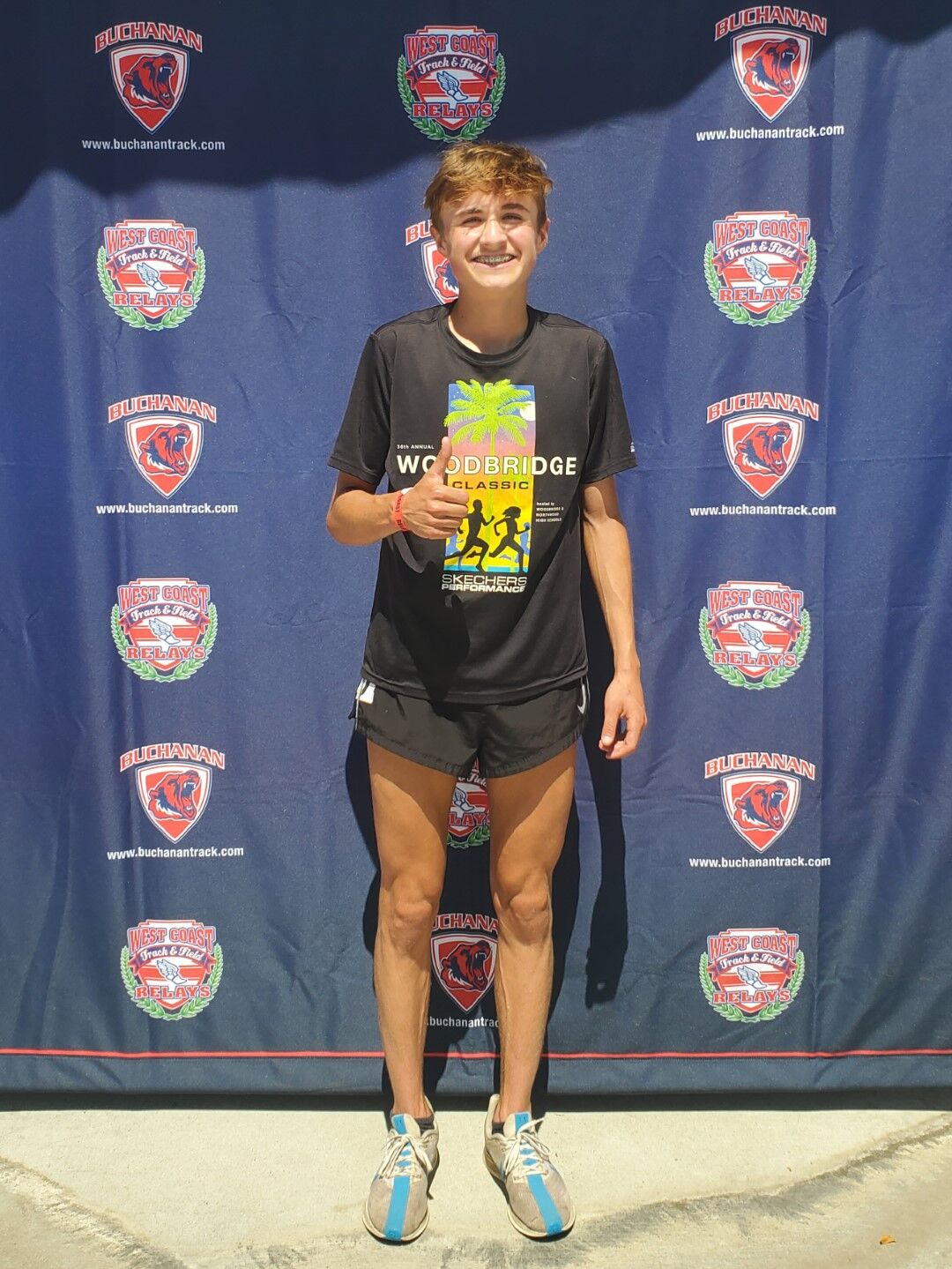 Sixty-two teams were entered in Saturday's West Coast Relays and 17 Monache track and field athletes qualified for the prestigious event held a day after the college version. The meet had three levels of races with the Invitational race being the elite level of competition followed by the Seeded and Open events.

The lone medalist of the day was Janae Espinoza in the seeded 3,200-meter race after placing third with a personal record of 12 minutes, 15.35 seconds. Espinoza held the lead for half of the race with a huge lead with a 78-second lap. She dropped to fourth behind the Bizik sisters of Clovis West and Maltos of Clovis North. Her 150-meter lead turned into a 50-meter deficit.

"She was really hurting after going out too fast and recovered enough to regain third place and close down the gap on the leaders,” MHS head coach Seth Ishida said. “She just ran out of room at the end of the race. She never gave up and used her kick for the medal." Junior Julia Bizik won the race with a 12:08 and her younger sister Molly finished second with a 12:12.  Aislin Taylor was 12th in the Invitational 1,600 run with a time 5:13.02. Riley Beeman was sixth in the 100-hurdles with an 18.03. The girls Seeded 4x400 team consisting of Janessa Alba, Beeman, Espinoza and Kelci Seaman was fourth with a season-best time of 4:35.13.

School record-holder Madyn Shaffer was fourth in the seeded pole vault with a vault of 8-feet, 4-inches. Her height tied for third, but the medal was decided by the number of failed attempts. "Having a comfort level for the pole vault is very important,” Ishida said. “It is a little different vaulting in front of a thousand-plus fans and athletes in a stadium this big. She is adapting well and preparing to make it back to the Valley Championships here. She has great technique and now she just needs to be comfortable enough in her ability under pressure to let it fly."

Kelci Seaman and Ruby Fiori had excellent marks in the seeded long jump to place sixth and eighth with jumps of 15'3" and 15'1", respectively. Fiori also earned eighth in the Invitational triple jump with a leap of 34'0", just short of her PR by an inch. Seaman was fifth in the seeded triple jump with a 31'10". "Kelci and Ruby are both having MVP seasons and when you consider that they are playing other sports at the same time, they are really challenging themselves,” Ishida said. “I told them they will feel a lot better when we get to the EYL, Area and Valley championship meets. They are jumping really well now, and have never been faster, but when they get a shot with fresh legs, you will see amazing things happen."

Itzel Barrios was seventh in the seeded discuss event with 99'8" throw.

"The throwers have tremendous consistency and effort in practice,” Ishida said. “It really shows when you have two sophomores compete well and PR at this level. They are the best throwing team in the EYL right now. Coach Scudder and Coach Leyva have a very athletic offensive and defensive line that are organized, disciplined and fit."