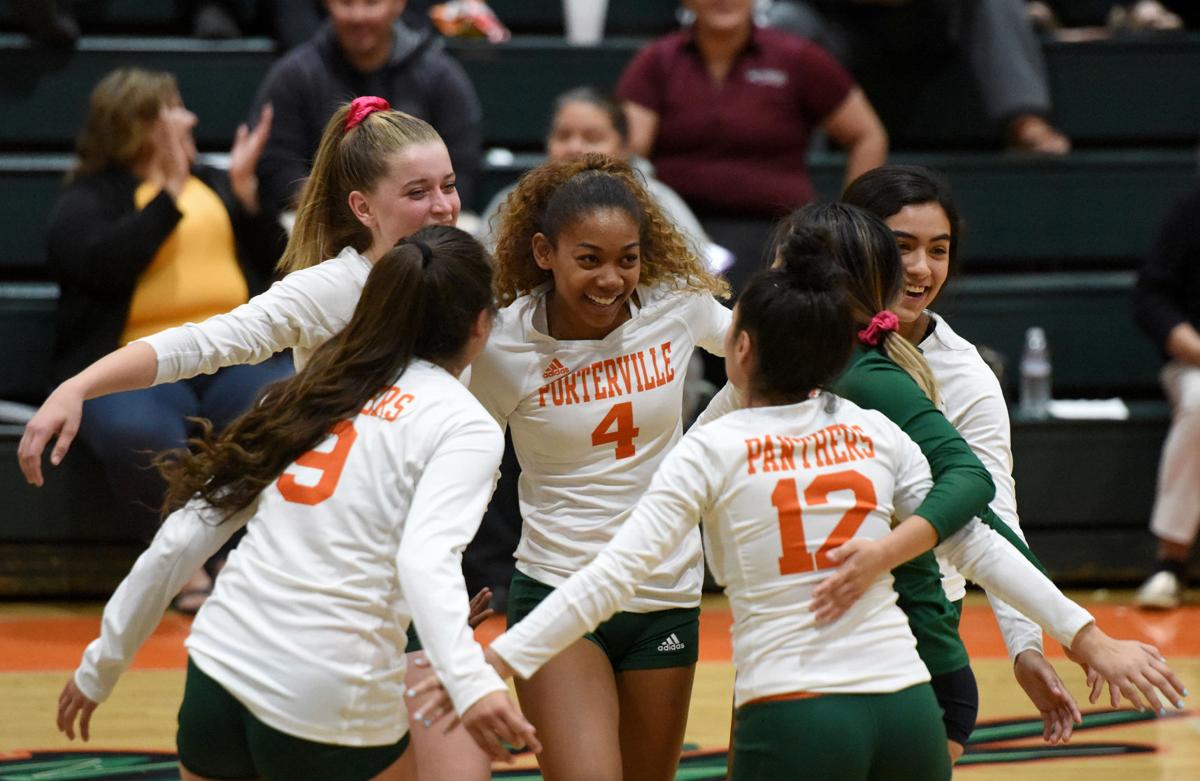 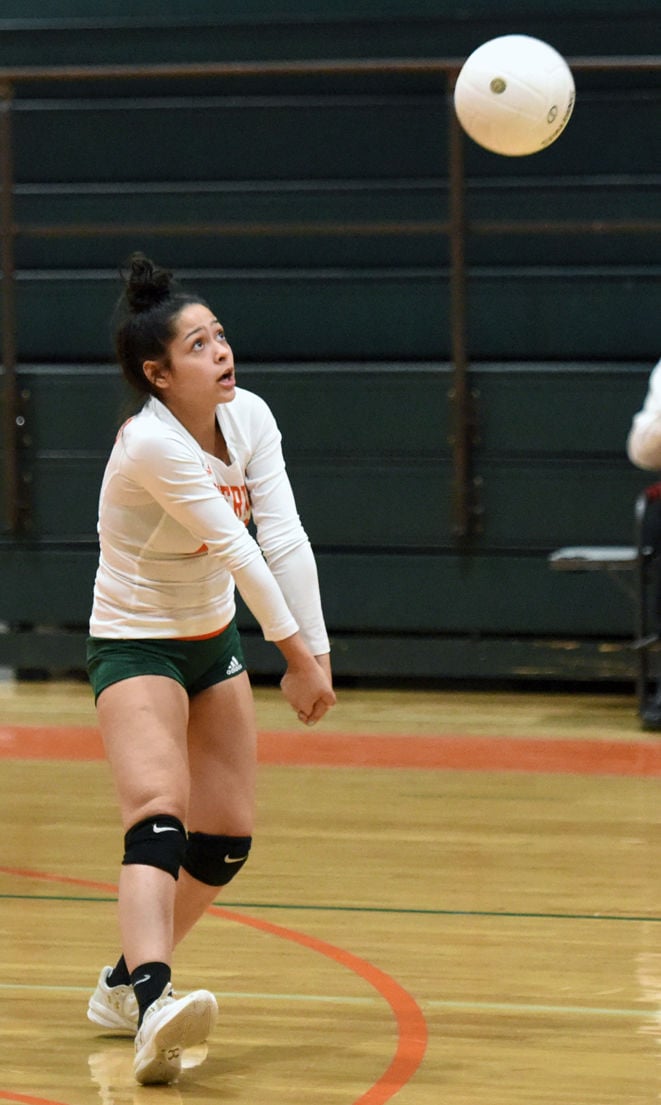 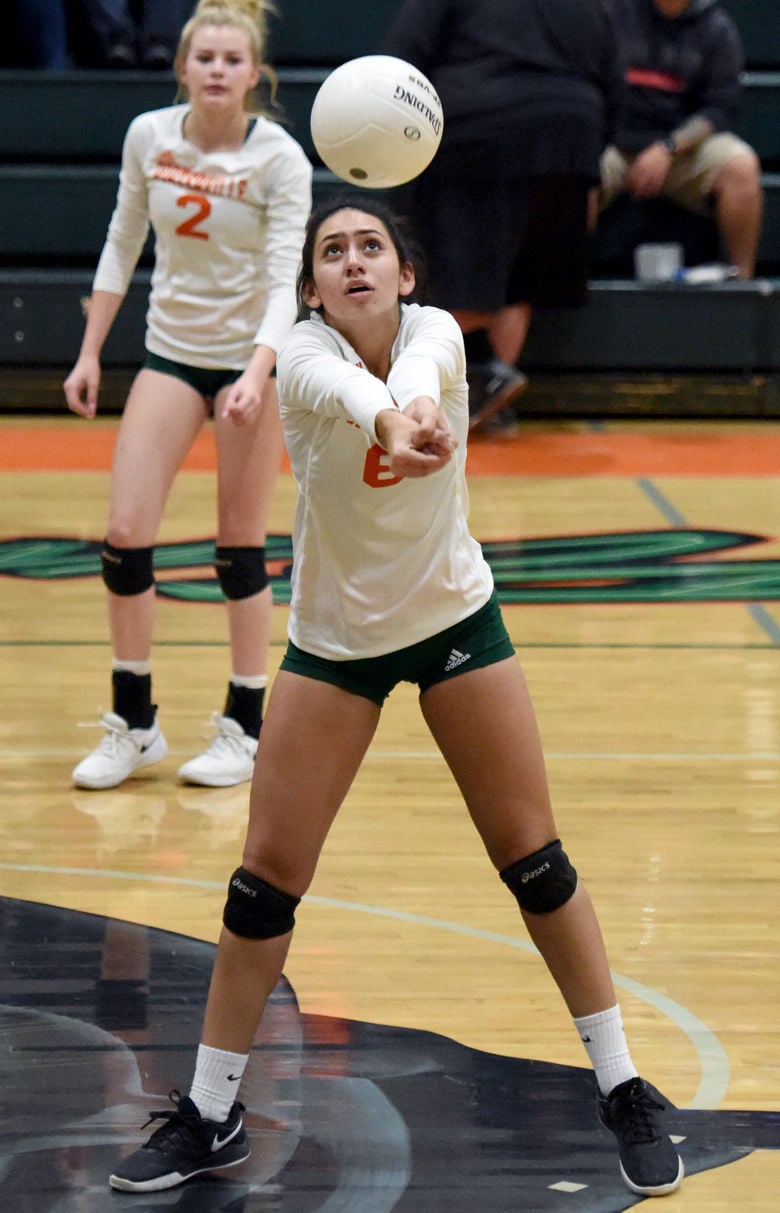 Panthers await quarterfinal opponent for next round

Stepping up for Porterville and having one of the biggest games of her career was Loriellen Rodriguez. The junior had previously played just 12 of the team's 88 sets but putting her in the front row against West proved to be a game-changing move following the Panthers' first set loss.

“We actually put a smaller blocker in middle front with Loriellen,” PHS head coach Lisa Davis said. “She's quicker and we blocked the ball with her. We were able to get a lot of touches, some blocks — things that we couldn't do the first set.

With Rodriguez in the game, Porterville moved the ball around well by also keeping it out of the middle. Against the Vikings in the first set, most of the Panthers hitting attempts in the middle failed because of the size of West's blockers, but in the second set Porterville was able to get the ball outside and use all of their hitters — seniors Analy Medrano, Avery Wingfield, junior Victoria Dabney and sophomore Madison Johnson — as productive outside hitters.

“They have a bigger block than we've seen through league, all three in the front row, so we adjusted and just started making their blockers go all the way to the antenna,” Davis said. “So that's when you saw the ball, we really kept the ball out of the middle of the net. By doing that, it worked for us. Told the girls to swing away and had to force (West) to try to move all the way out to those antennas.”

A key to the Panthers' outside attack was freshman setter Jaaci Patterson who was not only setting her teammates up, but also providing them with another hitting option in herself.

“You know Jaaci did her job when we made that adjustment,” Davis said. “She can't push that ball out to the antenna then it wouldn't work. Lot of good team work tonight, team effort. It's fun when you get that out of your team.”

From the second set on, Porterville controlled the game and seemed to suck the energy out of West (10-16-1) with every point. One example of that was in the third set when senior Jazlyn Felix had nearly 11 straight service points with five aces to help the Panthers build a 23-6 lead.

In regards to the first set, Davis said the team was getting the feel of West since they didn't have much information on the team prior to the match.

“We didn't know a lot about West and I have a very intellectual group,” Davis said. “And so they're used to getting a lot of information prior to who we play. ... So I think they were just checking them out, seeing what we needed to do. Made a couple of adjustments on our blocking and it helped. And then we slowed the ball down and I'm really proud of our effort tonight from everybody.”

Up next Porterville faces the winner of today's opening round match between third-seed Mira Monte (22-10-2) and 14th-seed Taft (15-14-2). Davis said the team doesn't know much about either team besides that Mira Monte is tall and mostly seniors.

The Panthers travel to third-seed Reedley for a quarterfinal match, Tuesday, Nov. 5. Porterville lost 5-4 to Reedley at home earlier this season.

Faith Wynn led the team in scoring with four goals and also had an assist and steal. AnnMarie Patterson had a team-high four goals as well as a goal and steal. Paulina Cemo had two goals, one assist and one steal. Sidney Hartsell had two steals and Isabel Burrough had one assist.