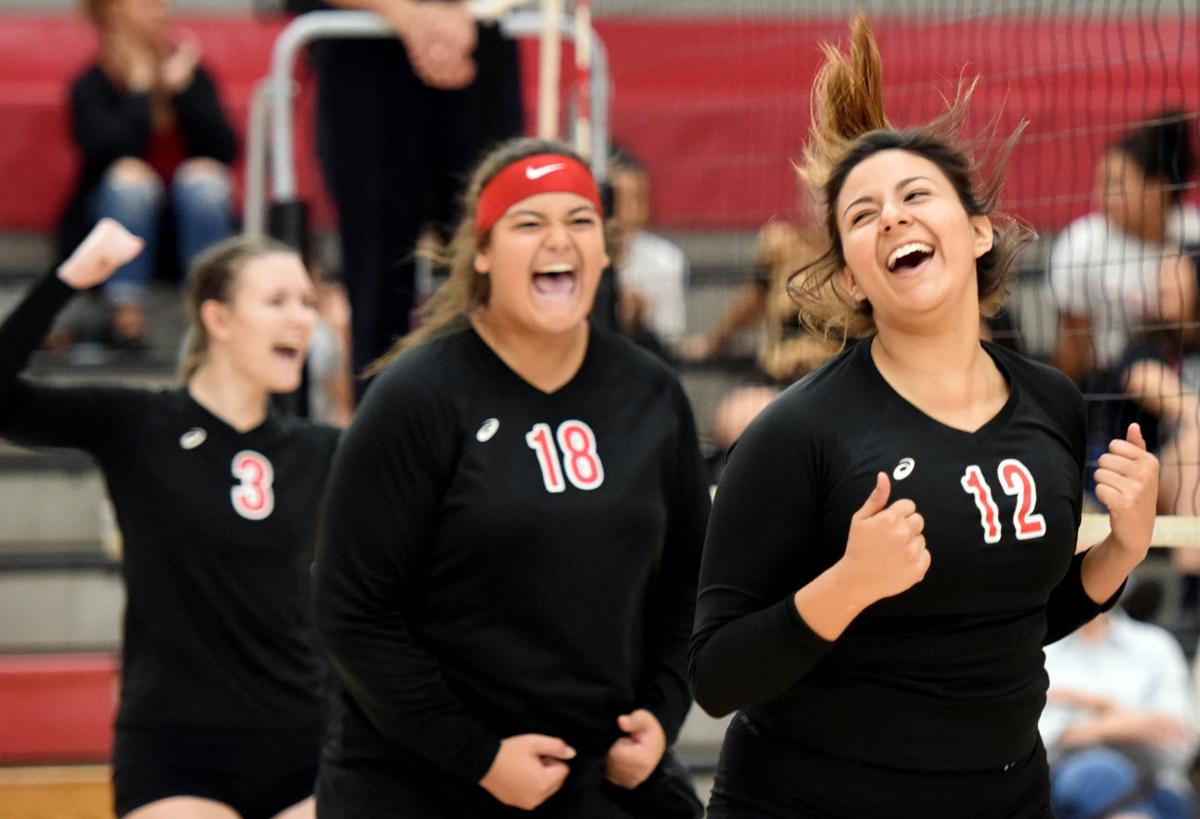 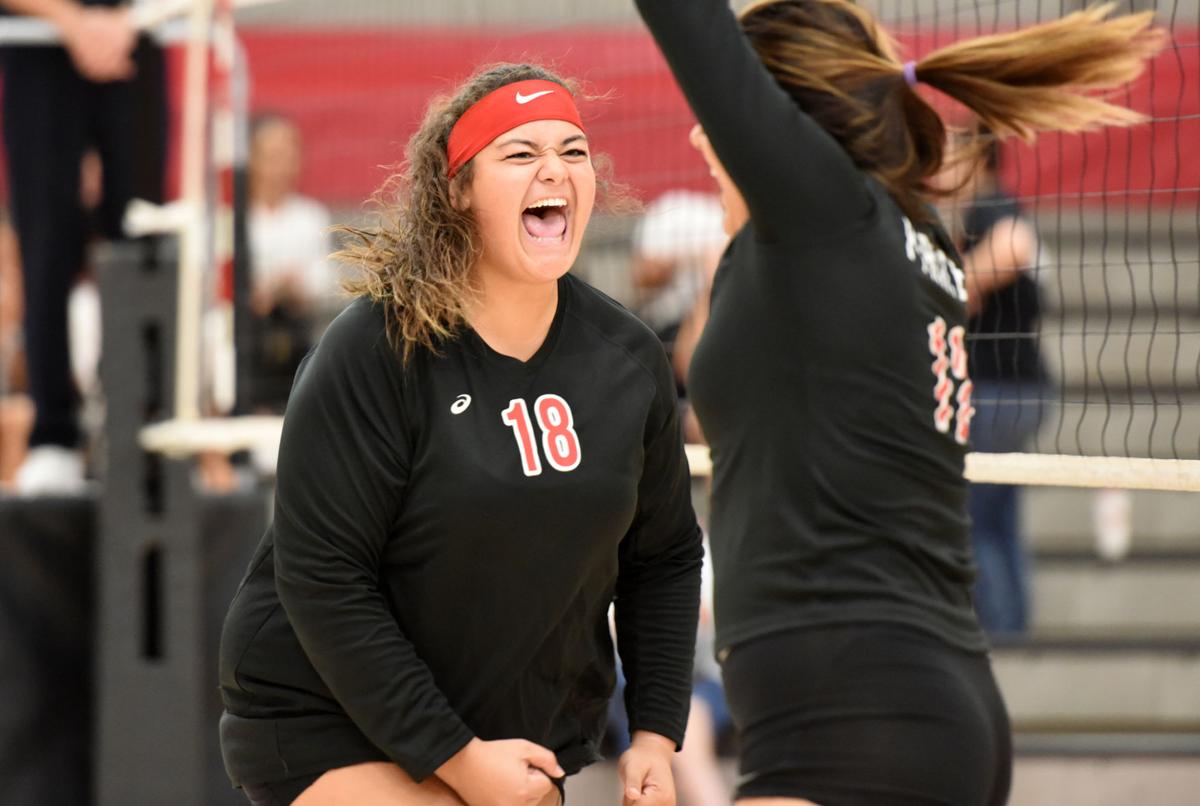 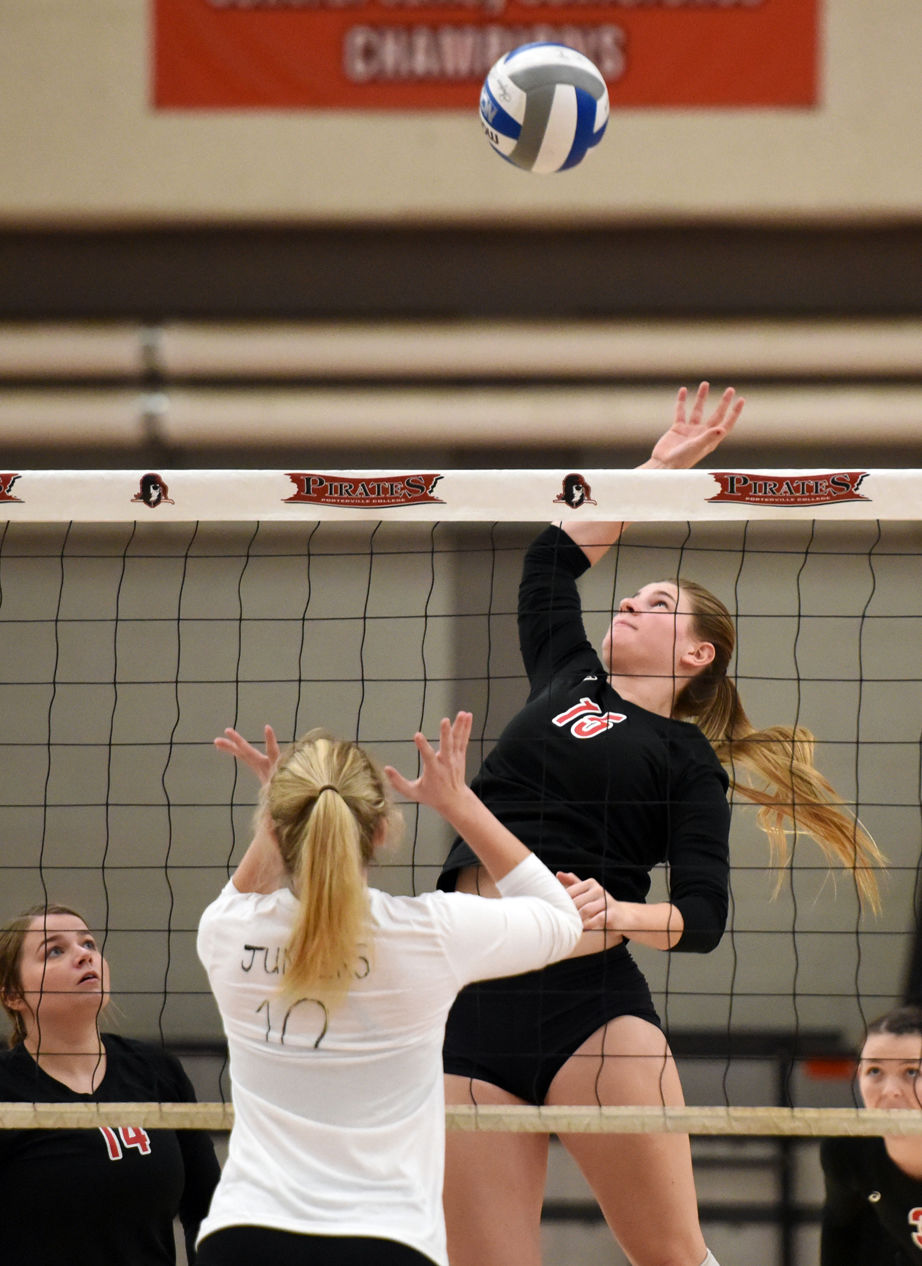 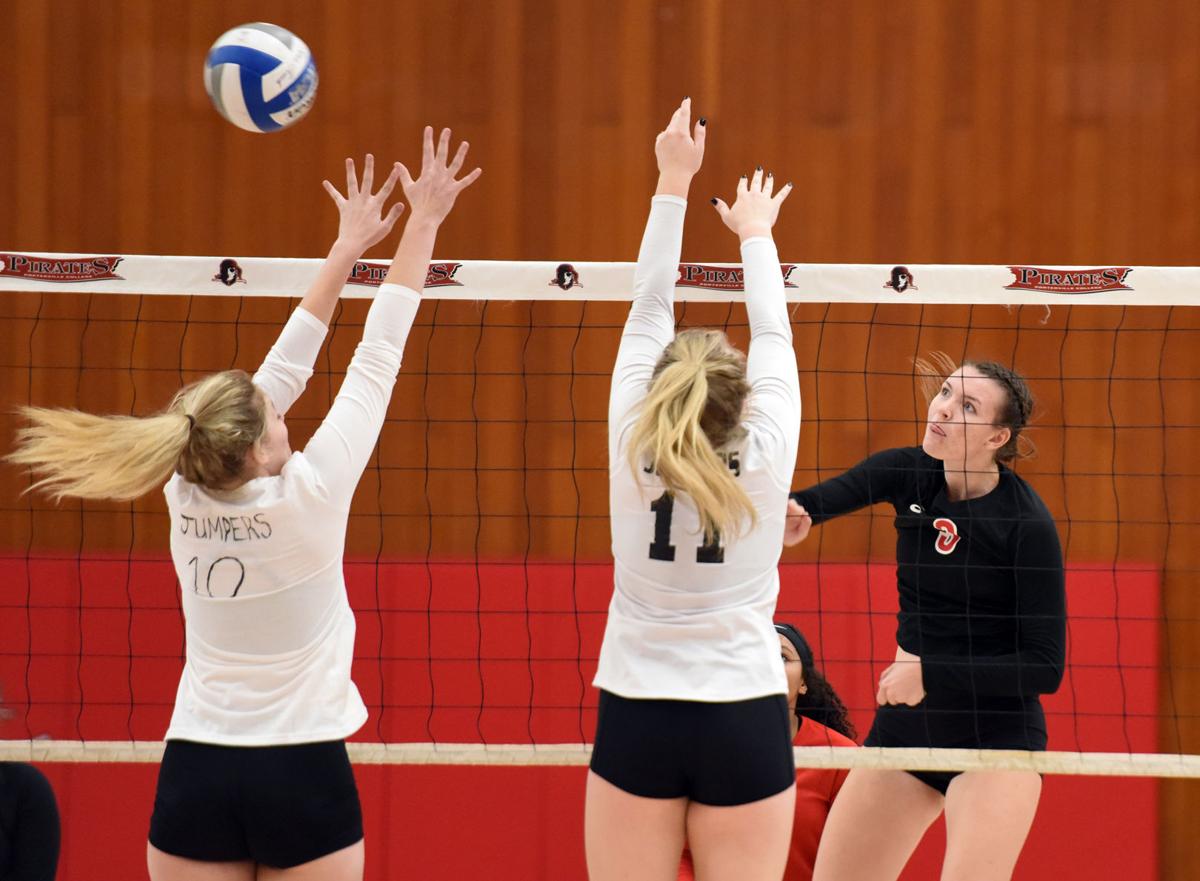 Porterville College volleyball righted the ship Wednesday with a 3-0 sweep of Columbia in their Central Valley Conference home-opener for their first CVC win of the season.

“We played with a lot more energy,” PC head coach Pete Rasmussen said. “Now they're a small team and they're not going to compete with us even if we don't but we need to find a way to play with that energy against good teams. When we played COS, the first 10 points we were ahead of them. And then the energy just stopped and they ended up beating us 25-12. You can't let a good team have that kind of a roll. So we've been talking abou9-t the last couple days.”

After a disappointing 3-1 non-conference loss to Cerro Coso (4-8) last Monday, Rasmussen said there wasn't much he was happy about and that the team needed to work on every aspect of their game.

A week later and Rasmussen said that while the team's serving in crucial moments still needed work, the team looked much better against Columbia (3-2, 1-2 CVC).

“Basically everything has gotten better because of one thing, energy level's gotten better,” Rasmussen said. “Like I said we're communicating on the passing a little better so the passing is better. Our libero is a little more aggressive now instead of timid about the two big outside girls taking the ball away from her. We're getting to run a few more quicker sets because we're getting good passes. The middles are getting into it and then we're getting the outsides into it even with quick sets. So those kinds of things are getting better. And we've got to keep getting better.”

The Pirates did not keep stats during the match but Rasmussen said stats would be available in a day or two.

The Panthers won the match in doubles with No. 3 Maniss and Jazz Medrano winning 8-3. It was the team's only win in doubles.