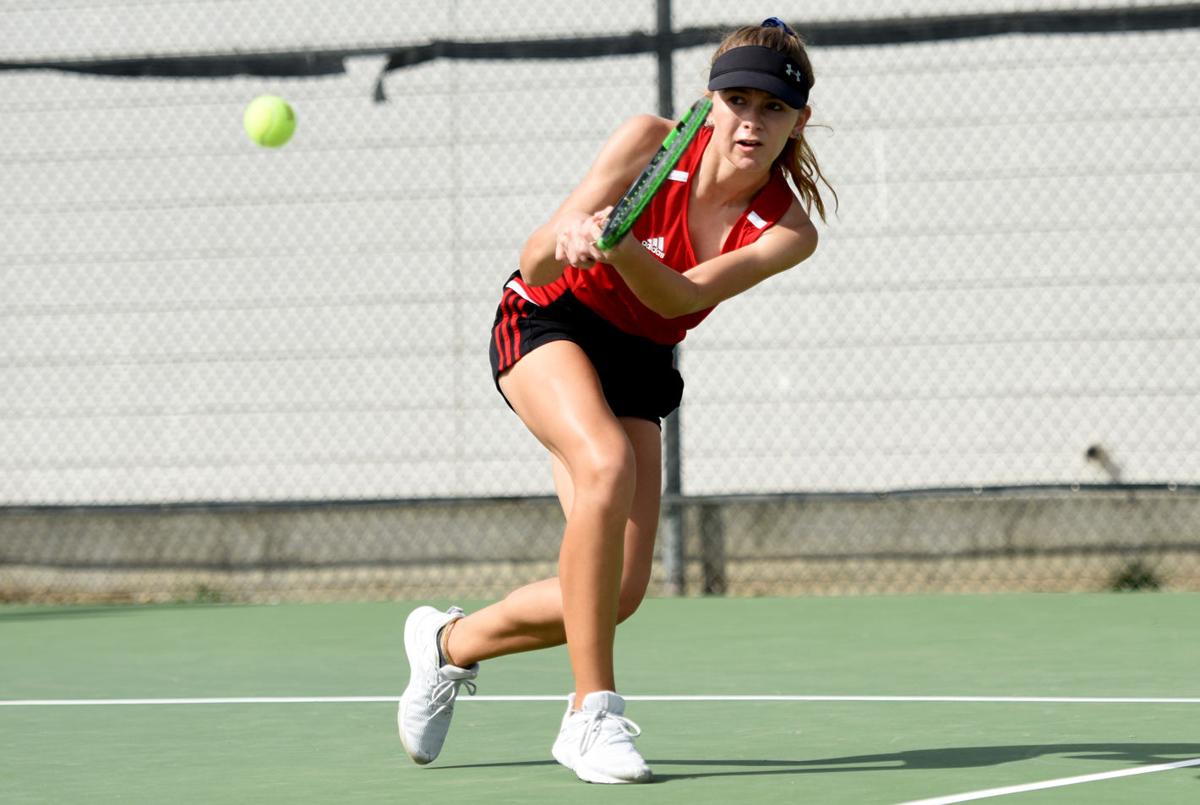 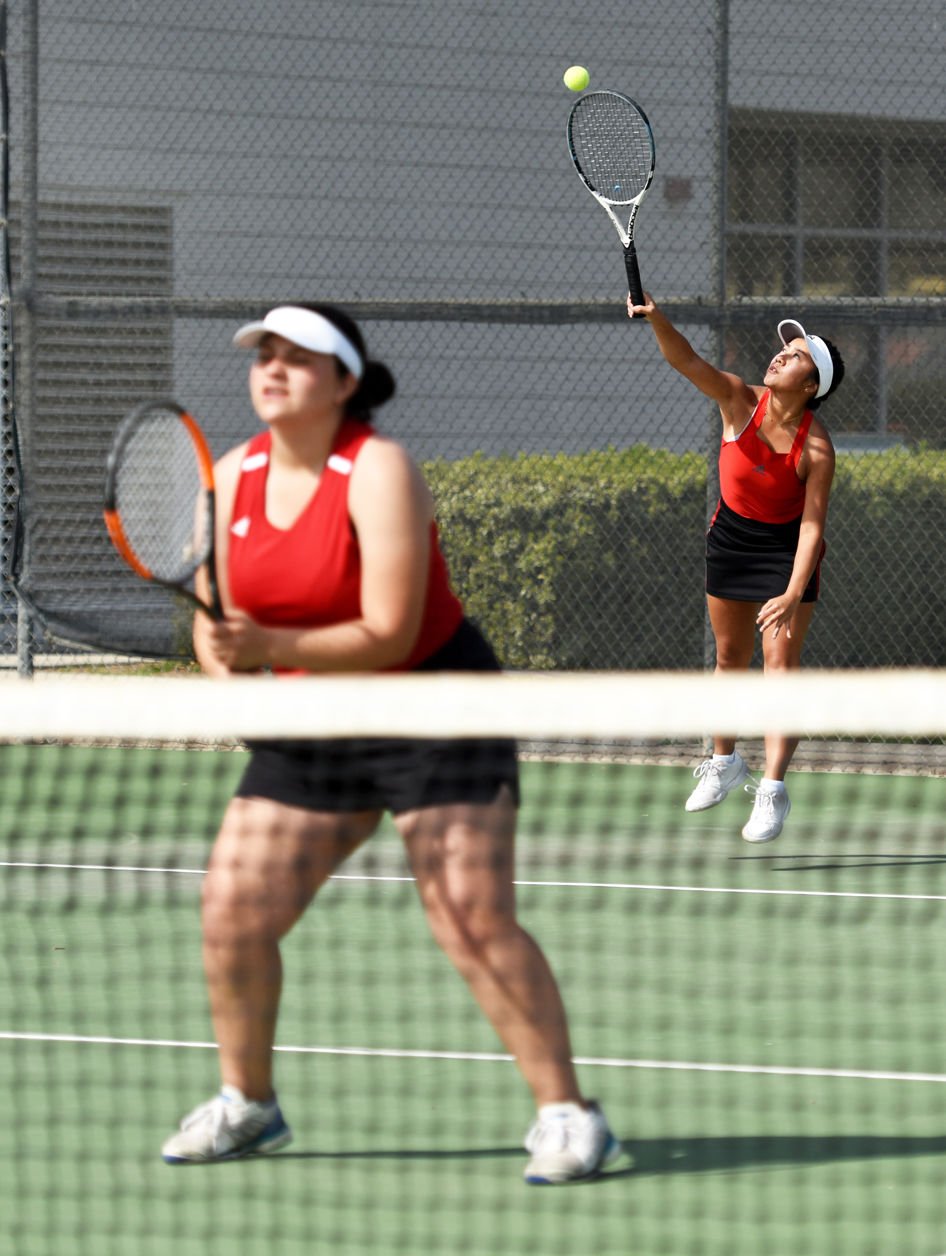 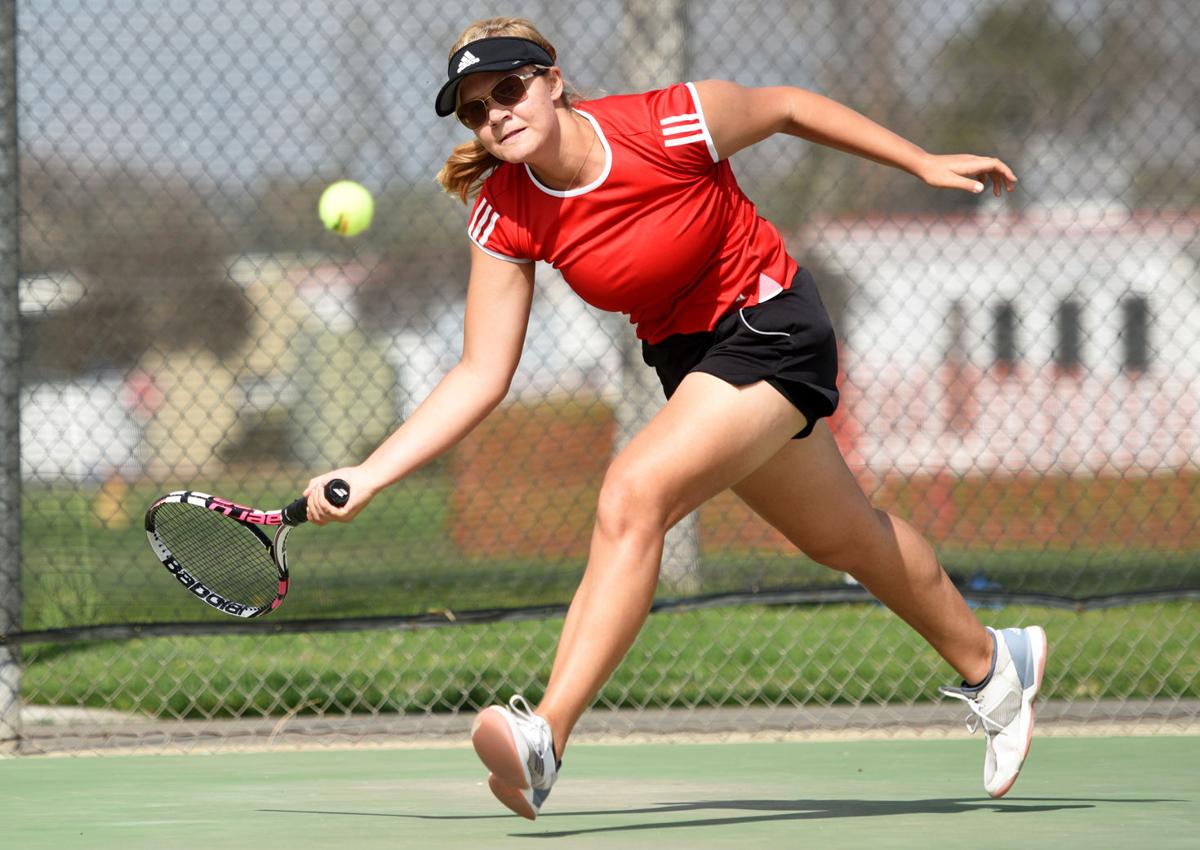 “We're competing in every set, every match but they're just a little more, as far as their game, just a little bit stronger all the way through their game,” PC head coach Kurt Nielsen said. “Modesto girls are first place in the conference. They're probably on their way to winning. So we still battled. We did our best, they just have a lot of game. We're just trying to get better every game.

Starting with doubles, PC's Claire Nuno and Eileen Rooney lost the No. 1 match 8-1 while No. 3 Autumn True and Annabelle Rivera lost 8-0. No. 2 Raquel Calo and Zoe Vasquez had one of the closer matches of the day, with Vasquez playing very well up front, but lost 8-4.

Porterville (4-9, 3-4 B8S) has five matches left in conference and are in a good position to finish third.

“After today we go into the last five matches, all of which we can win,” Nielsen said.

“He was completely in command of the strike zone, it was nice to sit back and watch him work,” Garcia said. Lopez had nine strikeouts with a single walk as his only blemish.

“It was a great start to our league and it gets us back on track,” Garcia said. “The boys played great defense to keep Rene's no hitter intact. Proud of the progress we are making as a team.”

The Spartans picked up wins in doubles with Sal Campos and Julio Beltran winning their match 8-4.

Monache High School softball tied and lost a game in the second day of the Driller Tournament hosted by Bakersfield High School Friday.

In their first game, Marauders led 4-1 against Independence but gave up three runs in the final inning to finish tied. MHS head coach Dave Koontz said all three pitchers — Ana Rivas, Kailyn Castle and Berenize Bermudez — were used in the game but the team didn't execute in the last inning.

Oriana Gutierrez also went 2-for-3 with two doubles for the highlight of the game.

In their second game, the Div. II Marauders lost 17-1 to Div. I Liberty.

“We got spanked,” Koontz said. He added that the Marauders made at least nine errors and faced a talented pitcher and team that is sure to compete for a Valley title.

Koontz said he was still happy with the team and overall the young team is still learning.

Monache's next game of the tournament is at 9 a.m. against Nipomo.