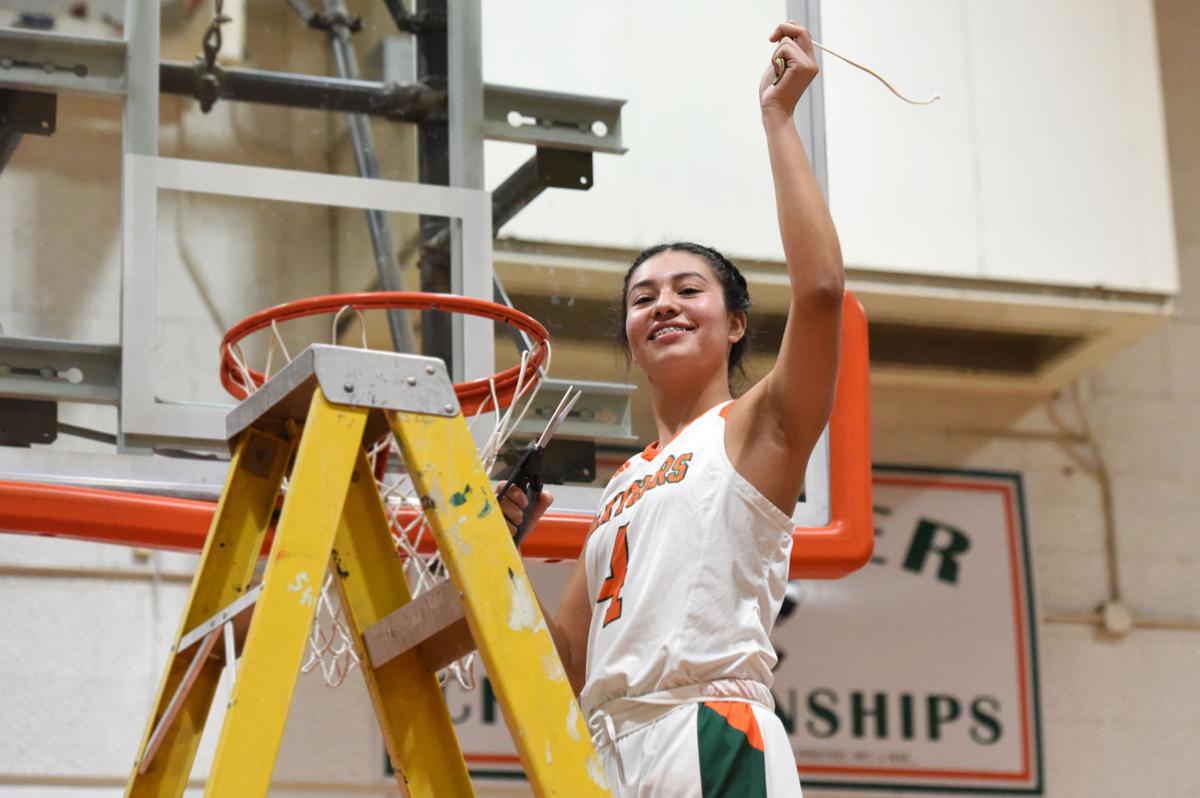 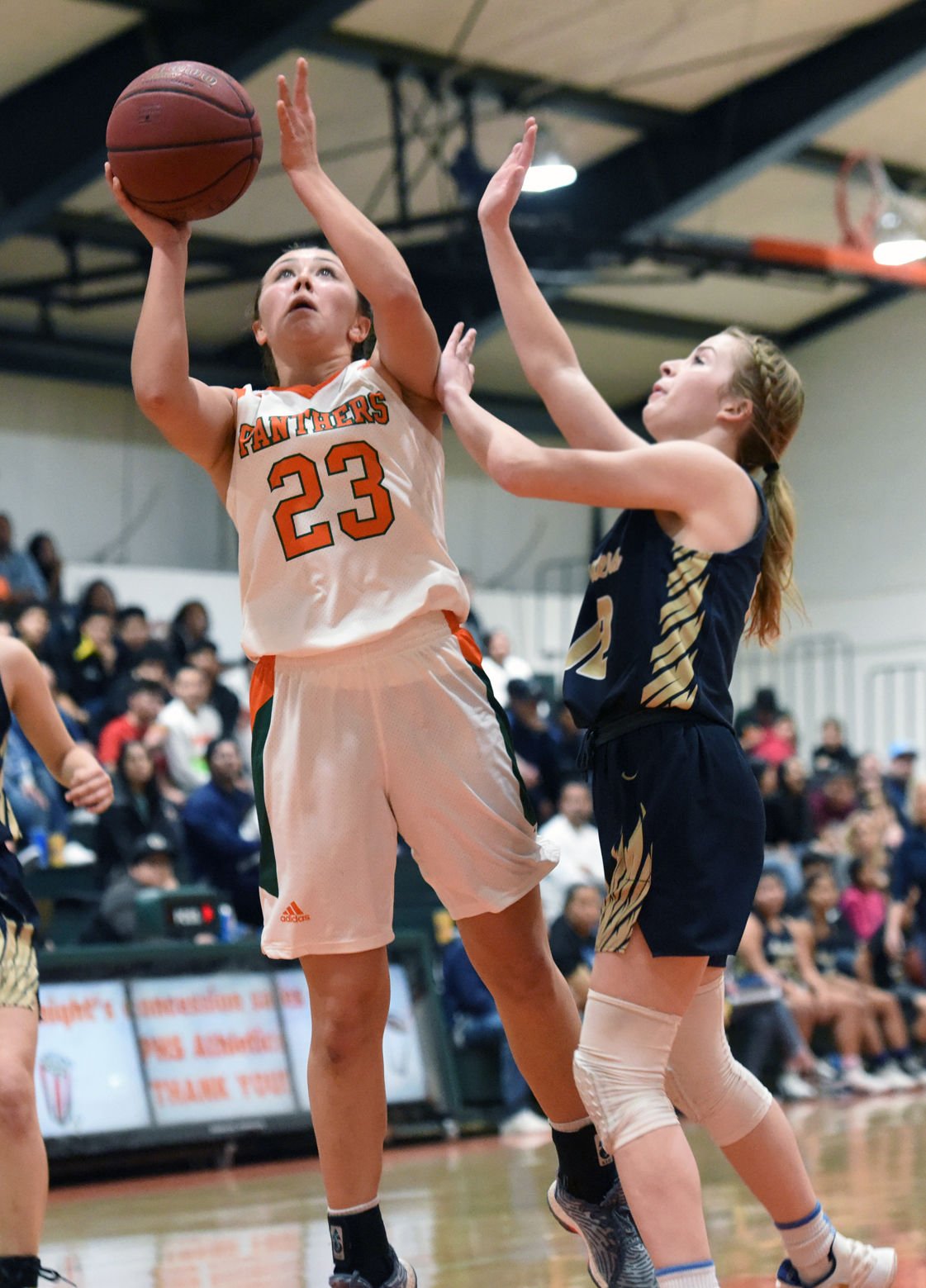 For the second year in a row, Porterville High School girls basketball claimed the East Yosemite League title with a 65-40 win over rival Monache for a perfect 10-0 EYL record in Wednesday's league finale at home.

“It feels very good,” PHS head coach Dave Kavern said. “I've been blessed with some very good players over the years and this group of kids, they get along well on and off the court, and that's a big component of how well we play. You see how unselfish we move the ball and pass the ball, whoever's hot, they get them the ball.”

Senior co-captains, Jazlynne Medrano and Jewelia Maniss, led the Panthers in scoring with 16 points apiece while Madison Johnson had 11 points off the bench.

Following the game, Porterville (27-2, 10-0 EYL) once again cut the nets down with Queen's “We Are The Champions” blaring over the speakers.

This was the Panthers' 24th-straight EYL win and the last for their nine seniors. Kavern called the seniors the “backbone” of the team — a team who is now going to their fourth-straight postseason.

“They're the backbone of this team,” Kavern said. “In the tough situations they understand what needs to be done. You saw it at the end of the half, we went for one shot and …. Zeila (Rivera) found (Desiare Gomez). Dez isn't a typical starter, but she's a senior. She knew where to go.”

He added, “It's just their knowledge of each other, their understanding of the game, how to play the game the right way.”

Porterville now awaits Saturday's Central Section seeding meeting to learn where they'll be seeded for the Division III playoffs. It's likely they'll receive the No. 1 seed and play at home throughout the first three rounds.

Against the Panthers, Nailea Fields and Danielle Garcia led their team with 12 points each. Kailyn Castle also finished with 11 points.

Brianna Rodriguez finished with two goals and an assist, Rosa Marron had two goals, and Celeste Ramos had one goal and one assist. Goalkeeper Descy Lopez recorded the shutout.

The Grizzlies travel to third-seeded Riverdale on Friday, Feb. 14 for a quarterfinal game.

“Game was intense the first 20 minutes, we possed the ball and made good passes but were unable to score,” MHS head coach Tino Rodriguez said. “Our only goal was scored by Zoe Rios being able to bury a loose ball in to the net. The girls gave it there all, heart, sweat and passion for the sport of soccer. A special shout out to our seniors this year that gave it their all also. We had a great season and we look forward to bounce back next year with our special group of girls.”

Rodriguez added, “Also want to thank my coaches for making this a very good year.”

The Marauders finished with a 12-9-3 overall record and a 4-6 East Yosemite League record.