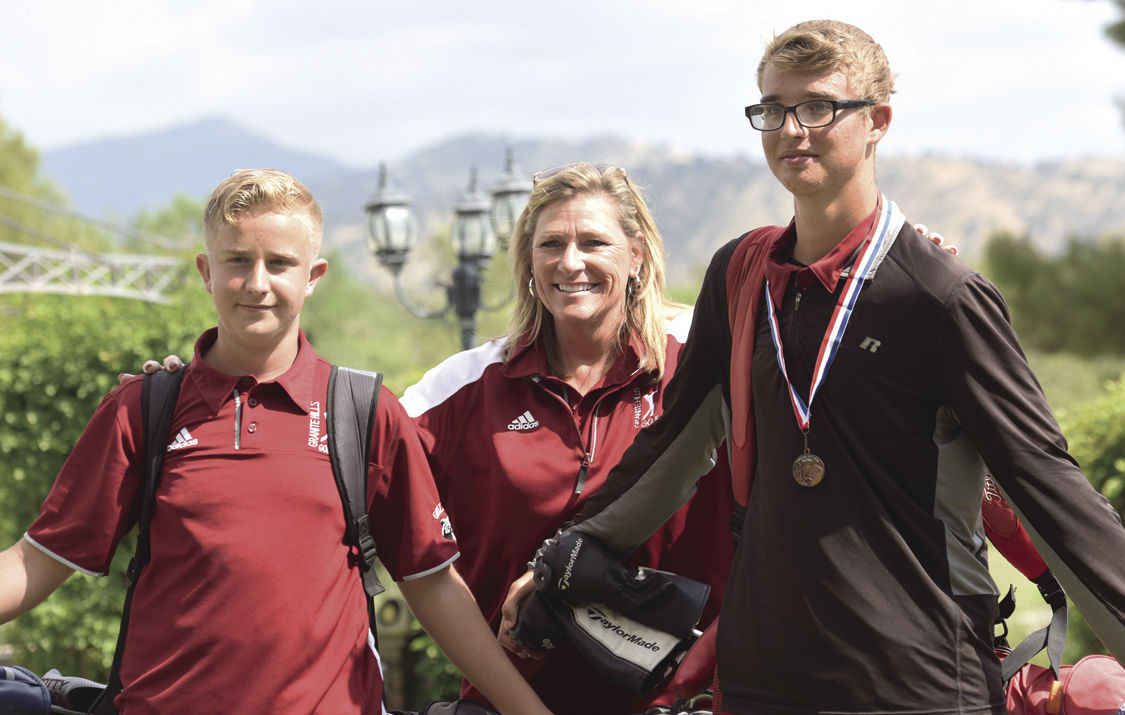 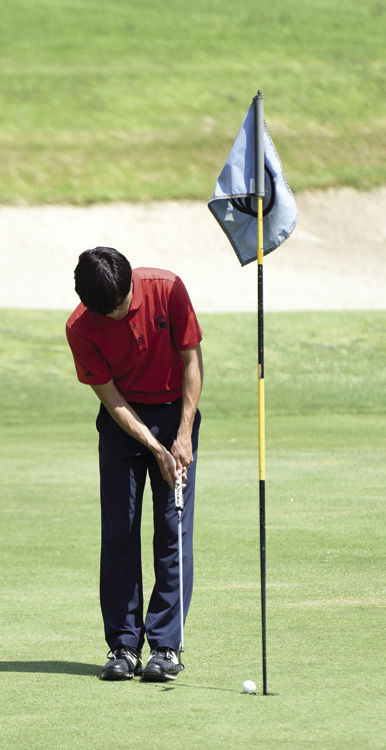 To advance to the Central Section (Valley) Championship meet back at River Island on Monday, May 13, golfers needed to shoot an 85 or better to move on.

Two local golfers, seniors Colton Painter of Granite Hills and Jeeven Larson of Strathmore, both shot a 76 that qualified them for Valley, but it wasn’t until they were placed in the top 10 overall individual scores that either golfer finally looked at ease.

For Larson, who placed ninth, it’s his fourth straight trip to Valley. While for Painter who placed seventh due to his by back-nine score, he’s headed to his first Valley meet.

“Feels amazing actually,” Painter said. “Played really well so I feel like I kind of deserve it.”

Painter said the only good thing that happened on the course were the birdies he carded but he felt that he played well after a rough start.

“I was a little frustrated in the beginning but towards the end I started getting a little more calm,” Painter added. “Started doing a little bit better.”

Sitting on a rock behind the crowd waiting for scores, Colton’s younger brother, freshman Bryce Painter, looked the most nervous of any of the golfers.

“I shot a 38 on the front but a 45 on the back,” Bryce said with a slightly worried look on his face to another golfer who asked him how he did.

Bryce totaled a score of 83 and when it was announced that the top 10 golfers, not including those from the Division I teams of Arroyo Grande and San Luis Obispo, were the ones who advanced he finally smiled.

And when a “Q” for qualified was put next to his score, Bryce received all kinds of congratulations from several golfers and coaches.

Also at Area was Monache's Austin Thompson who just missed qualifying for Valley with an 86.

Taking the loss for the Marauders on the mound was Ariana Rivas.

“It was a tough loss for her,” MHS head coach Dave Koontz said. “She only gave up five hits. Gave up two unearned runs in the first inning and then it was kind of like a pitcher’s duel for the rest of the seven innings. We only had three hits, they only had five. And if you would’ve asked me if it was going to be a defensive pitcher’s duel, I would’ve probably laughed at you. But it turned out that way.

“Ana probably pitched her best game of the year and unfortunately so did the Sanger pitcher,” Koontz said..” She just had our number all day. We beat the ball into the ground. We just could not put anything together. We couldn’t get any consecutive hits. The better team won today. So we’ll learn, we’ll come back up next year better.”

The Marauders finished the season 7-3 in the East Yosemite League and 10-13 overall.

Rivas gets win in Valley return

Rivas got the start and the win in the second game of Saturday’s doubleheader where she went 3 1/3 innings with two runs on eight hits while striking out four.

The New Mexico State softball team heads to Phoenix for the 2019 Western Athletic Conference Softball Tournament from May 8-11. The Aggies have won the last two tournament titles.

As the No. 2 seed, the Aggies earn a first-round bye and are set to face the highest seed available on Thursday, May 9, at 2:30 p.m. MT. Fans can catch every game from this year's tournament live on ESPN+. International viewers can watch on the WAC Digital Network.