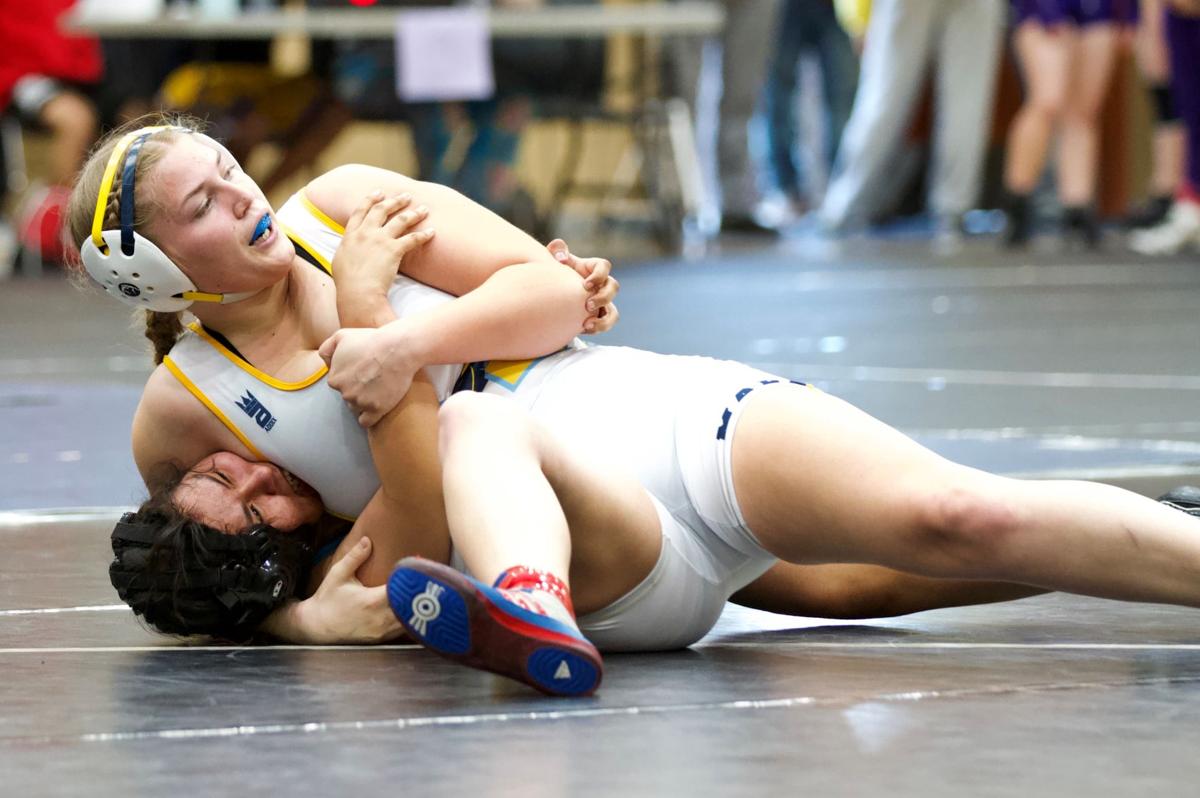 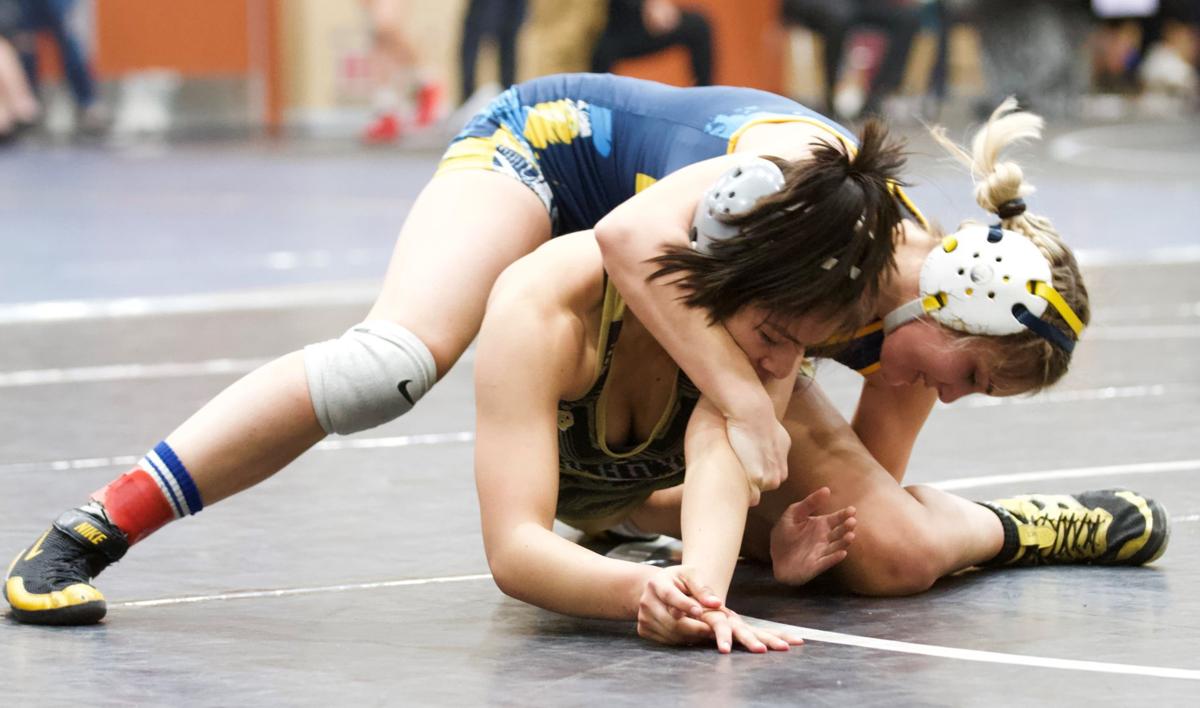 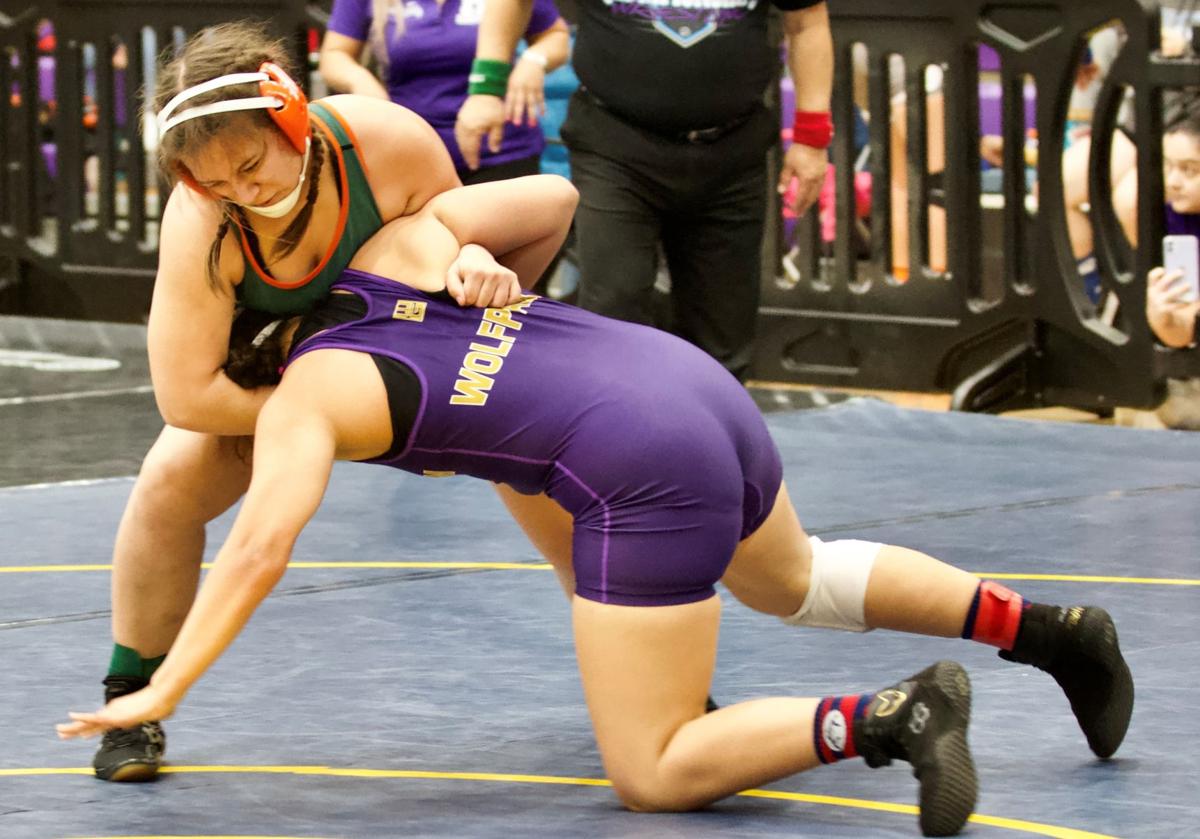 Their wins helped the girls wrestling team to a seventh-place finish with 131.5 points, putting them one place ahead of eighth-place Porterville (101).

After matches on Friday, Kouyoumtjian (118 pounds), Ortega (191) and Rhiannon Cabutotan (123) made it to the semifinal round while Alyssa Mendiola (103) began Saturday’s matches in the consolation rounds.

In the semifinals, Kouyoumtjian defeated Redwood’s Melody Hernandez by a 6-1 decision then Foothill’s Ariana Juarez in a 15-0 technical fall for another Area title. In her semifinal match, Ortega pinned Kennedy’s Dezirae Alejandro in 3 minutes, 45 seconds. For the title, Ortega won by a 3:11 fall against Centennial’s Gracie Lane. Ortega was also voted upper weight Most Outstanding Wrestler.

Cabutotan lost her semifinal match but pinned her way to a third-place finish with a 3:41 fall against South’s Lilmary Cobbins. Mendiola placed fifth with a 1:07-pin of Mira Monte’s Katarina Alvarado.

Reaching the championship rounds for Porterville was Sequoia Cook (162). Cook pinned Ridgeview’s Camilla Caggianelli in 4:37 in the semifinal match but was pinned in 48 seconds by Stockdale’s Ehireme Ohens for second place.

For the CIF Central Section Girls Masters Championship tournament Feb. 21-22 at East Bakersfield High School, both Kouyoumtjian and Ortega earned the No. 1 seeds, while Cook earned No. 4, in their respective weights

The top eight placers advance to Masters, which means Cabutotan and Mendiola from Monache, as well as, Guzman, Pina, Saldana and Palomares from Porterville, are also Masters-bound. The Panthers' Abarca is an alternate.

The Pirates next match is Tuesday at Reedley College.