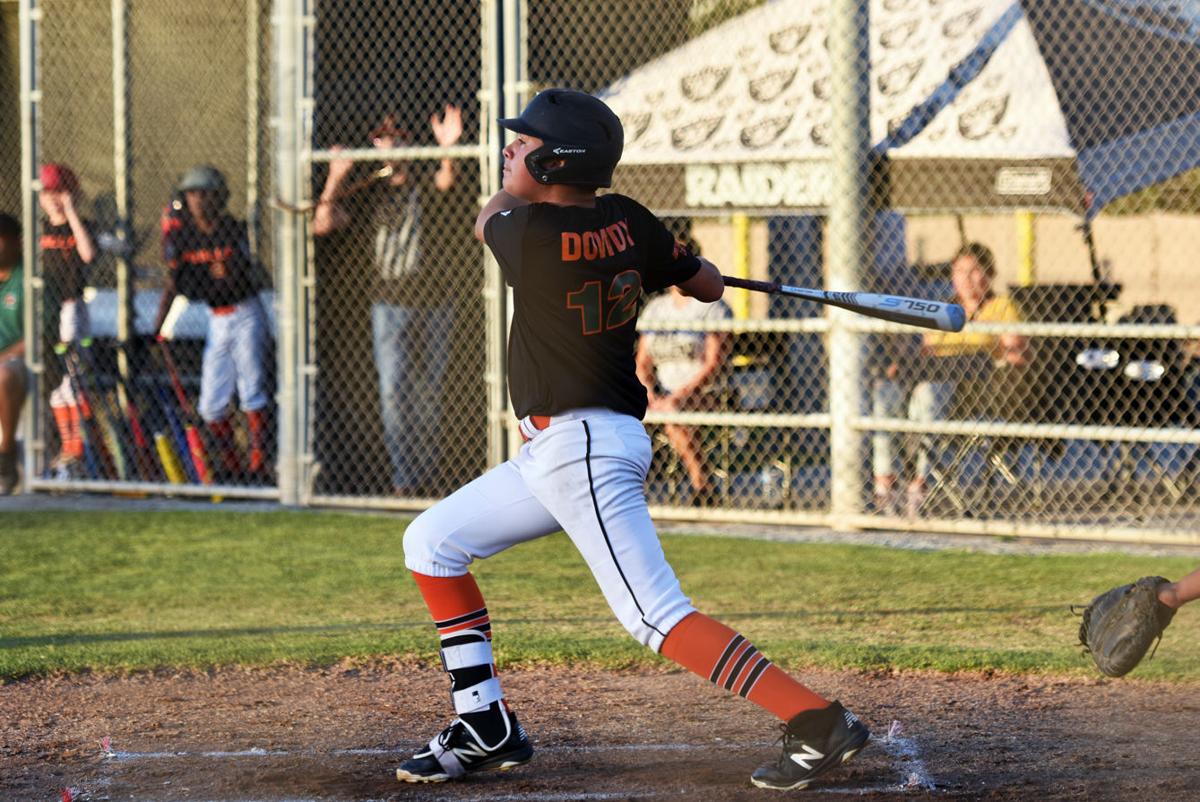 Porterville All-Star, Aeden Dowdy, watches his hit into the outfield during the first inning of the Little League 12s California Section 7 semifinal game against Delano, Friday, July 12, 2019, at Burton Ballfields. 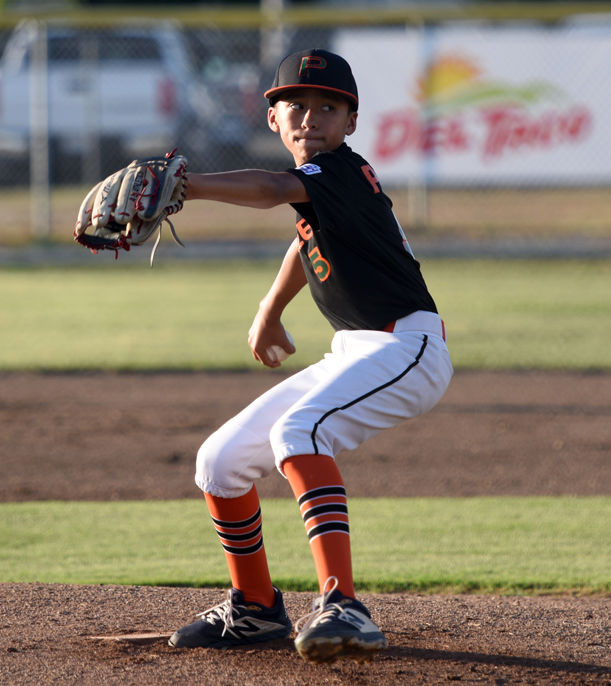 Porterville All-Star, Aeden Dowdy, watches his hit into the outfield during the first inning of the Little League 12s California Section 7 semifinal game against Delano, Friday, July 12, 2019, at Burton Ballfields.

Porterville All-Stars only needed one inning to put themselves comfortably ahead of Delano and cruise their way to a 15-4 victory in Friday's Little League 12s California Section 7 semifinal game at Burton Ballfield.

Trailing 3-0 coming into the bottom of the first, Porterville started their biggest two-out rally of the night with a RBI-double from Thursday's big hitter, Horacio Nunez.

From there Porterville loaded the bases and brought in four runs on a two-run RBI-double from Jacoby Roman and a two-run RBI-single by Wyatt Mauldin, respectively, to take a 5-3 lead.

But Porterville wasn't done yet.

Jose Perez took a pitch to center field for an RBI, then was brought in by Colton Isom on a shot that was just shy of getting over the center field fence. Isom hustled down the bases to turn his long ball into a triple, which gave him a short jog to home plate when Nunez hit another RBI-single.

And before Delano could finally get the third out and end the inning, Aeden Dowdy stretched one to right field for another two-run RBI-single and a 11-3 Porterville lead.

Porterville gave up one final run to Delano in the second inning, but got it back on another two-out rally in the bottom of the second thanks to an Isom RBI. The team's final runs were brought in during the third inning by Roman on a two-run RBI-double, while Giovanni Perez's hit to center scored Roman and helped end the game in four innings.

Porterville's at-bats looked completely different than in Thursday's 3-2 loss to Madera National where the team only managed three hits.

This time around, Porterville faced two different pitchers and combined for 15 runs on 16 hits with only three strikeouts and eight of nine players got at least one hit. Their clutch hitting showed not only in most of the runs coming from a two-out rally but in that all 15 were RBIs.

Jose also got the win on the mound for Porterville. He gave up four runs on 10 hits, two walks and four strikeouts through 3 2/3 innings. Roman closed the game without giving up a hit or run.