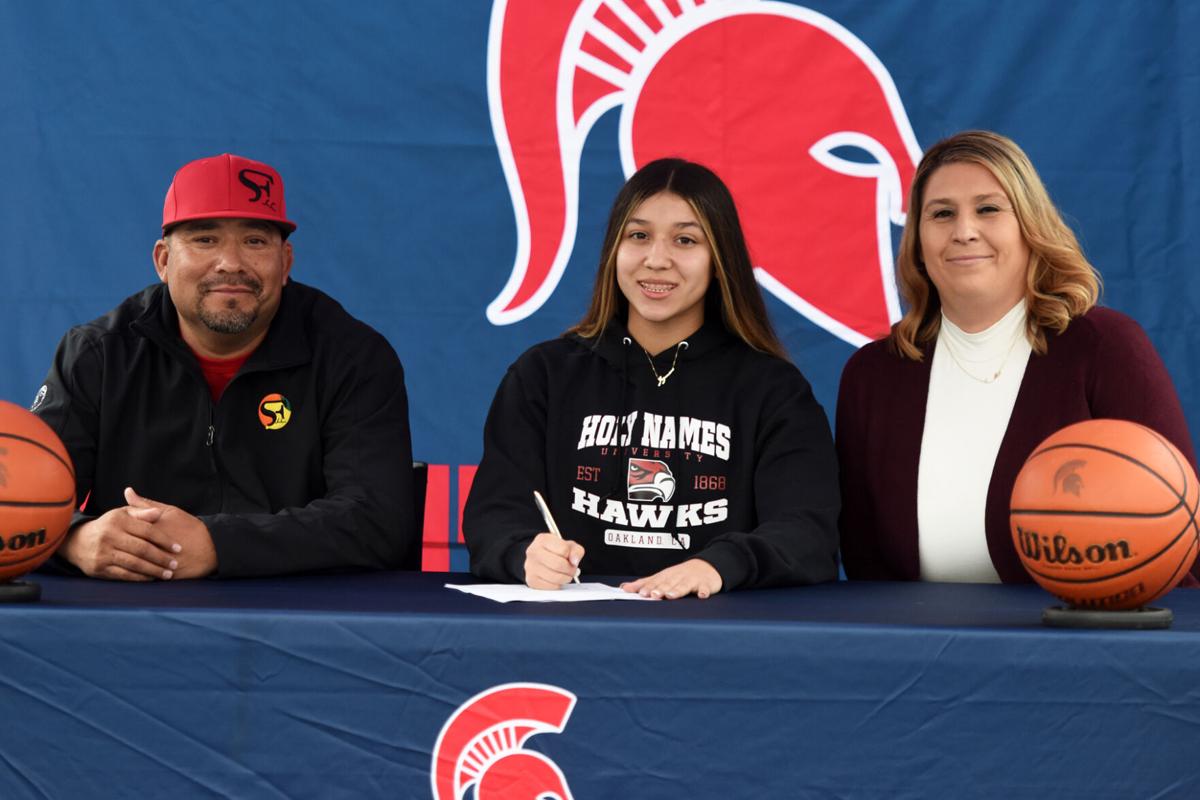 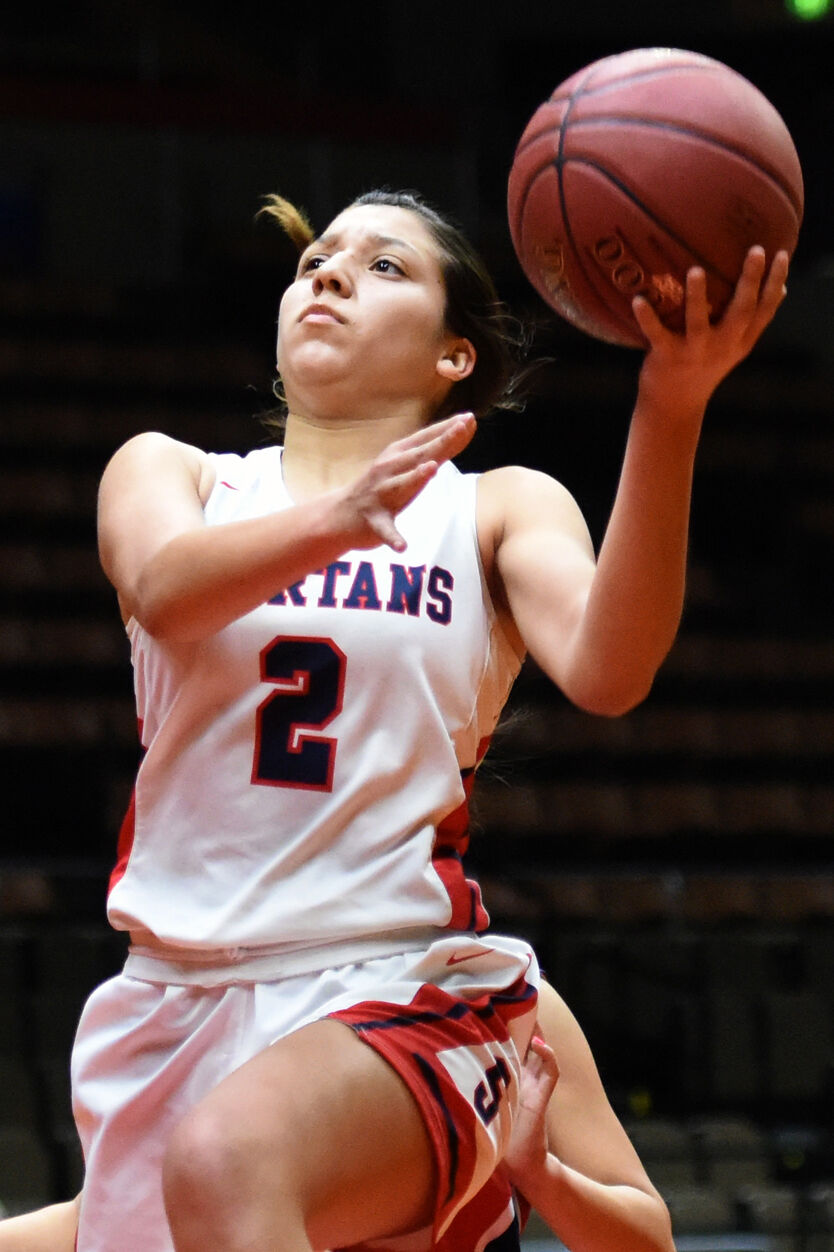 Even without a senior season, Jazmine Soto will go down in history as one of the greatest basketball players to grace the hardwoods of Strathmore High School.

Male or female, there’s no doubting Soto’s resume. And if she does happen to get a senior season, everyone should just say goodbye to their records now.

But while others waited around for word about a 2020-21 basketball season, Soto continued to put in work and was rewarded with a full-ride scholarship to NCAA Division II Holy Names University in Oakland, Calif.

Offered both an academic and athletic scholarship, Soto committed in December and officially signed with the Hawks women’s basketball team on Thursday at Strathmore High.

A prolific scorer and a force to be reckoned with since the day she first put on a Spartan jersey, the only person who didn’t see this signing day coming might’ve been Soto.

“I’ve always got that, ‘Oh, a school’s looking at you,’ or, ‘A school’s interested in you.’ But nobody took that extra step, so I kind of didn’t think it was going to be like that, but it happened. It was just a really exciting moment, and to tell my family especially, they’re really proud of me,” she said.

As a freshman, she broke the Central Section’s freshman scoring record with 712 points while averaging 23.7 points a game.

She barely started her sophomore season before getting her 1,000th career point, a milestone most players don’t achieve until their senior year.

But her junior year was where the biggest records truly began to fall. Early last year, she recorded her 2,000th point in a 39-point performance against Farmersville. Then broke Tulare County’s all-time girls scoring record with 42 points against Corcoran to bring her total to 2,258 points.

On top of all her records, Soto also led the Spartans to the CIF Central Section Division V championships last year, as well as a state playoff appearance, and was selected The Recorder’s Orange Belt Girls Basketball Player of the Year.

When Soto was on the court, she was usually the most exciting player to watch, no matter who Strathmore was playing. From the way she got to the basket and scored regardless of if she was double-teamed or triple-teamed, there was no stopping Jazmine Soto.

If the COVID-19 pandemic continues, a loss of her final high school season and a chance to finally win a Central Section title will be crushing not only to the senior but to everyone who has supported her.

“It sucks, it really does suck,” Soto said. “Everybody was looking forward to it. Not just me, everybody around me, supporting me. I just really hope it happens. I want to make a statement to Strathmore High and for my name.”

In many ways, Soto’s already made that statement.

“I don’t even think she realizes what she’s meant, or means, to this community, to the high school,” SHS head coach Richard Miranda said. “I work at Sunnyside (Elementary School), and I have girls there, young kids. Third graders, fourth graders that about her. They say, ‘Oh, your player, Soto. She’s good. We went to go watch her play.’

At Holy Names, Soto plans to major in psychology with an emphasis in sports psychology while pursuing her dream of playing basketball at the next level.

“I’ve always felt like I was going to be a part of basketball, like always,” she said. “Whether it was coaching or anything like that. To continue playing, and having the ability...I don’t know. Basketball is just something that I cannot explain. And it’s just (a) really hard love emotion that I have for it. They say the answers you can’t explain are always the best ones, and I just can’t explain it. I love everything about it. “

Now the Hawks have their hands on one of the greatest basketball players to come out of the county after spotting Soto playing for her Bakersfield club team, Team Militant.

Soto knows going from being a three-year, varsity starter and two-time All-East Sequoia League Most Valuable Player to a freshman on a Div-II team in the PacWest won’t be easy, but she’s ready.

After years of coaching her, Miranda knows Soto has what it takes to play at the next level and believes that even though she will be a freshman, don’t be surprised if she starts.

“Even as an incoming freshman, she’s going to have to battle them, (those) that have already been there for two years, three years. But I think she’s one that can do it. She’s one that can step up, and I can see her starting. It’s just her mindset.”