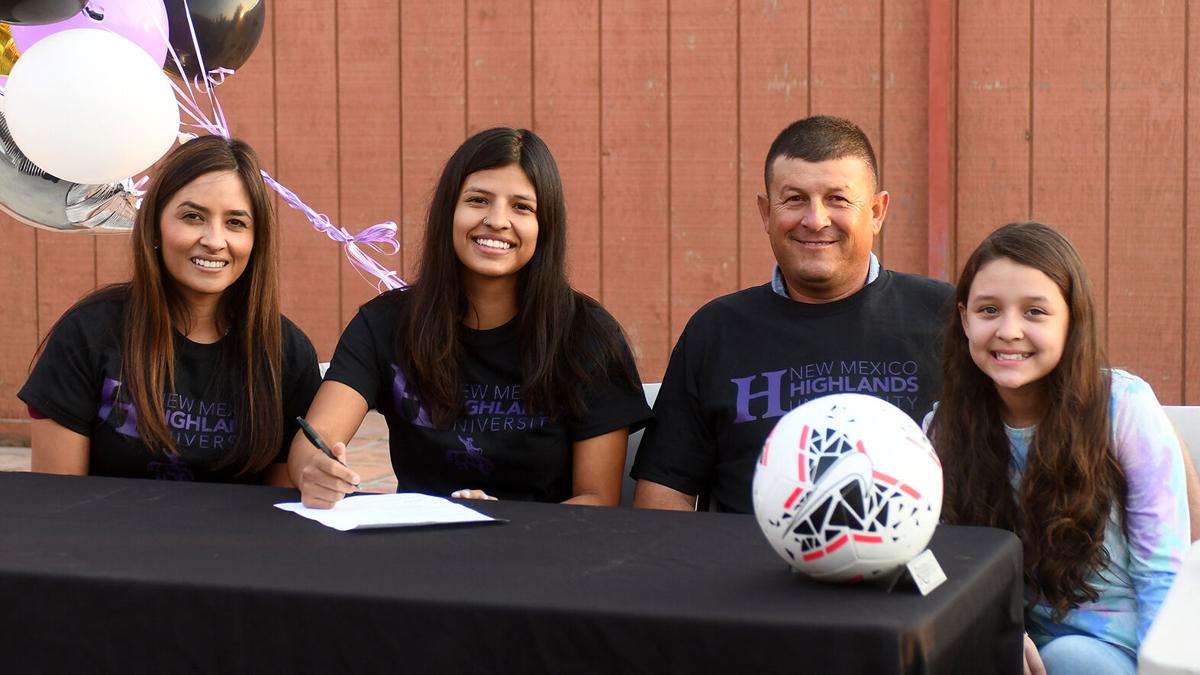 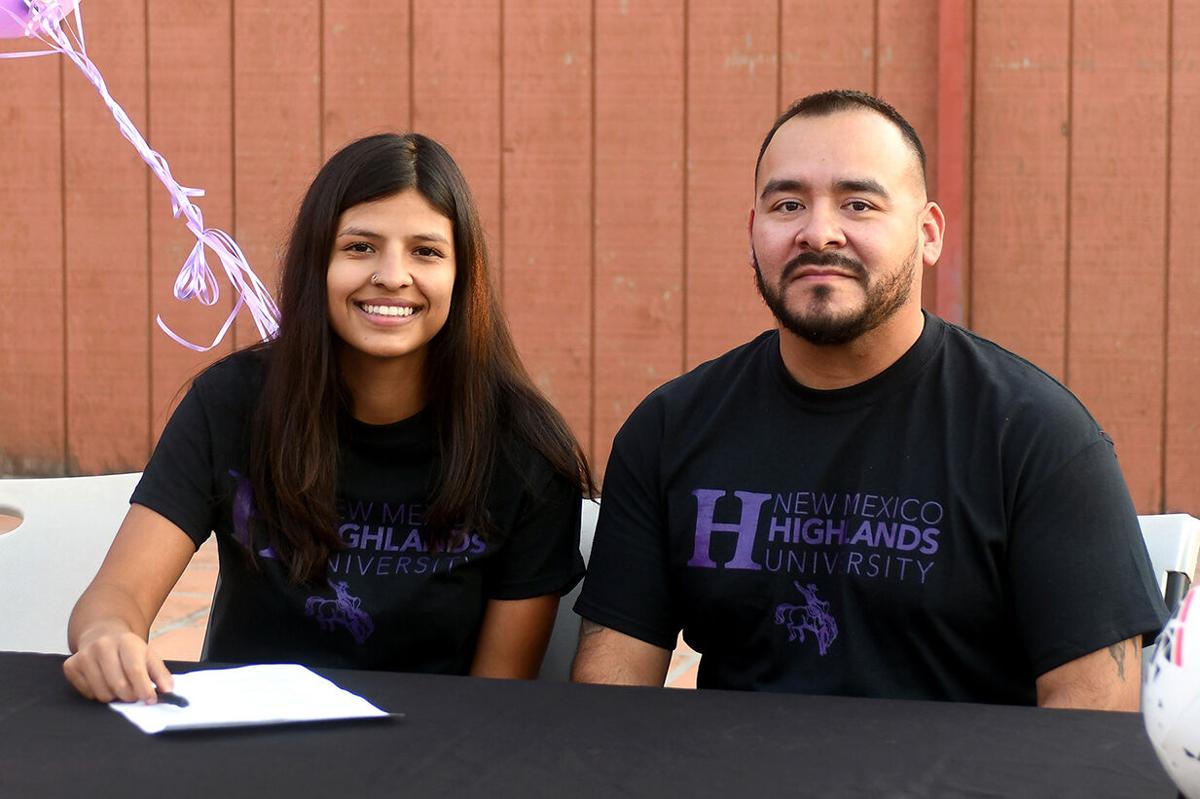 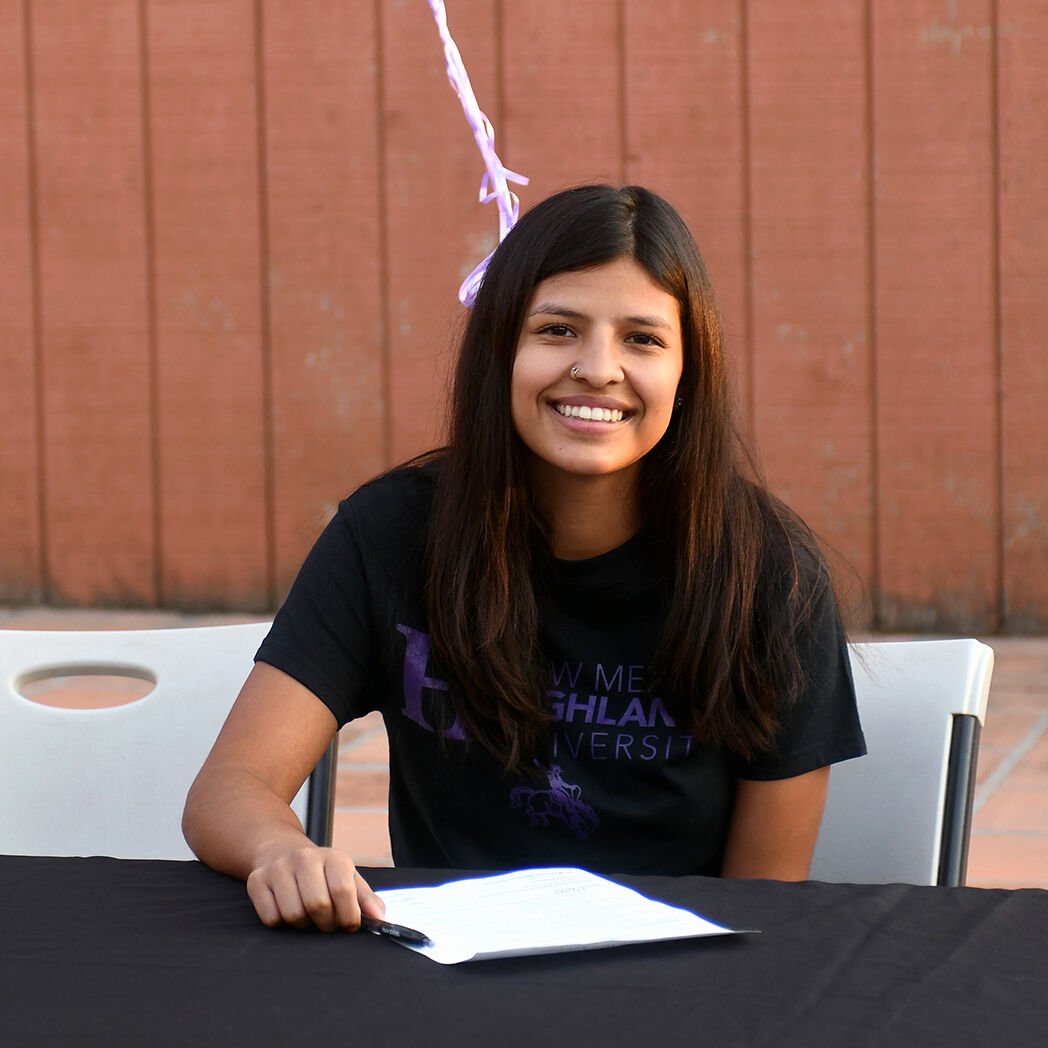 A childhood dream is coming true for Valerie Baca, and she is nothing short of excited.

“It’s very exciting,” she said. “It was literally one of my goals since I was smaller. Play D1, D2. And I’m very excited.”

Baca said she’s played soccer since she was five and loves that when she’s on the field, her mind clears.

“I just like playing it, like just the game,” she said. “I forget about everything when I’m on the field, and it’s just been something that’s always there, always been fun. And I’m grateful that I’ll be able to continue to do it.”

The Cowgirls play in the Rocky Mountain Athletic Conference, and Baca is likely to become one of the team’s new forwards. In high school and at Fresno City College she played defender, but she can play either position.

“I’m excited. I liked forward more than defender, but coaches kept me back there,” she said.

Baca came onto Highlands radar by way of her trainer, Daniel Dominguez. Dominguez, who was an assistant coach at Mission Oak but now is the head coach of Granite Hills girls soccer program, was knew Baca was talented but only started working with her in the summer when he had a conversation with her mom about how to get Baca to the next level.

“I told mom I would help her out, and that’s kind of how everything started with her,” Dominguez said.

While most of the sports world has been shut down because of COIVD-19, Dominguez and Baca have been training one-on-one, working on strength and conditioning, and more since the beginning of August.

“In that time, I was able to get film on her and start making her highlights,” Dominguez said. “Start sending that stuff out to different colleges that I had connections with. We were able to get her a couple offers, and she decided on New Mexico.”

For Baca, choosing Highlands meant going somewhere that reminded her of home and where she could stay focused. Highlands is located in Las Vegas, New Mexico which is about an hour and 45 minutes northeast of Albuquerque and an hour east from the state capital, Santa Fe.

“It’s also a small city like Porterville,” she said. “Everything is about an hour away, so it’s studies and soccer, and I can stay focused over there.”

At Highlands, Baca plans to major in sport sciences and human performances and sport to become a sports physician.

Whether it was at Porterville High or Fresno City, Baca always stood out on the pitch for her strength and smart play. But they are just two things that she’ll bring to Highlands’ program.

“She’s super, super tough,” Dominguez said. “She’s really soccer smart. Very strong-willed and strong-minded, she just has this no-quit in her, and I see that everyday we work out. She’s just always going, going, going. So I think just having that type of mentality and just refusing to not accept where she’s at is going to be huge for her.”

Having a season under her belt from the junior college level will help ease Baca’s transition into playing with the Cowgirls, but she’s still excited about the challenge that Div. II brings.

“It’s going to be way different,” Baca said. “So I’m just excited. Like I’m glad about the change and how much I’m excited for if it’s going to be harder or easier. I’m just looking forward to it.”

Making things even better for Baca is that she will be playing this season, which was pushed back to 2021 because of COVID.