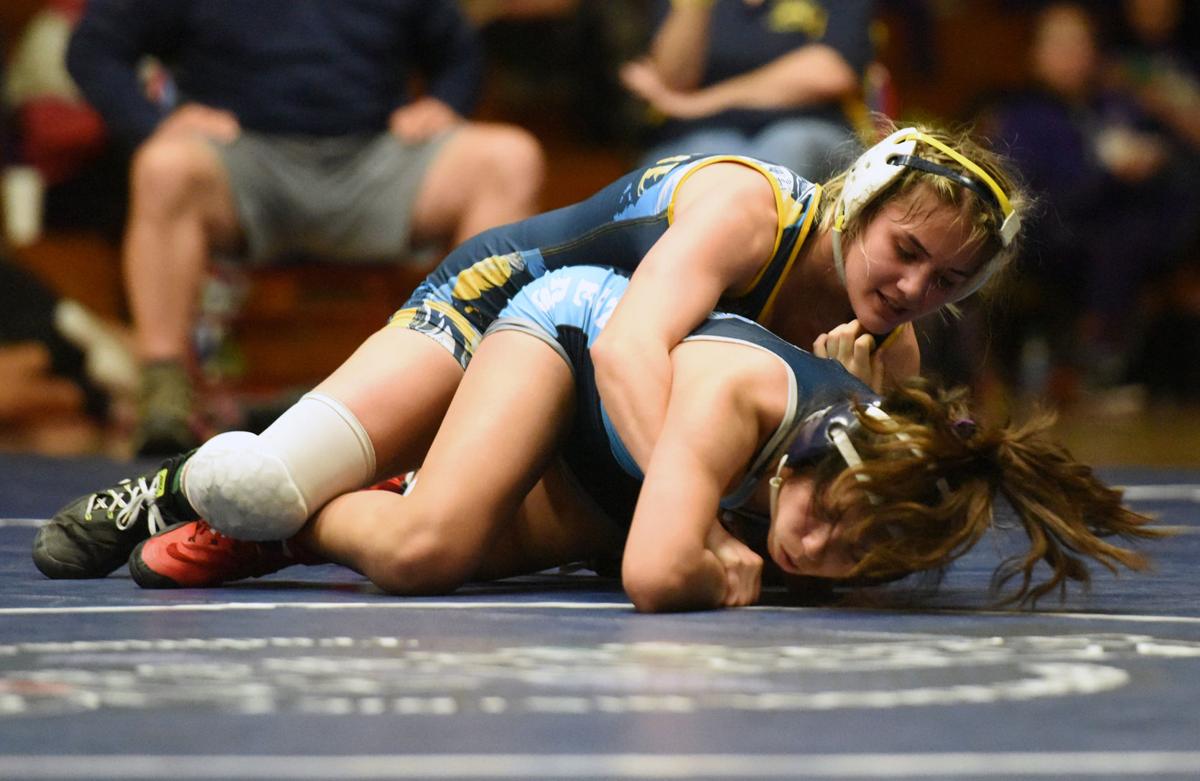 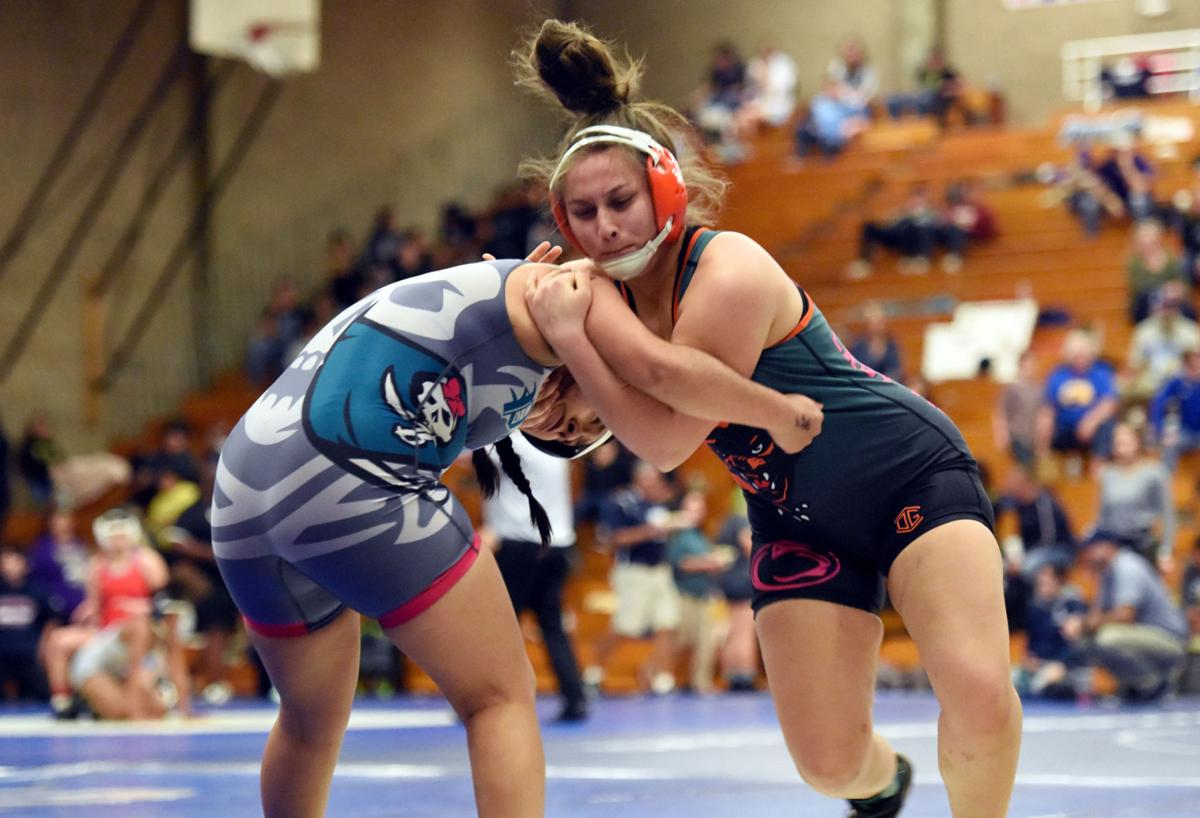 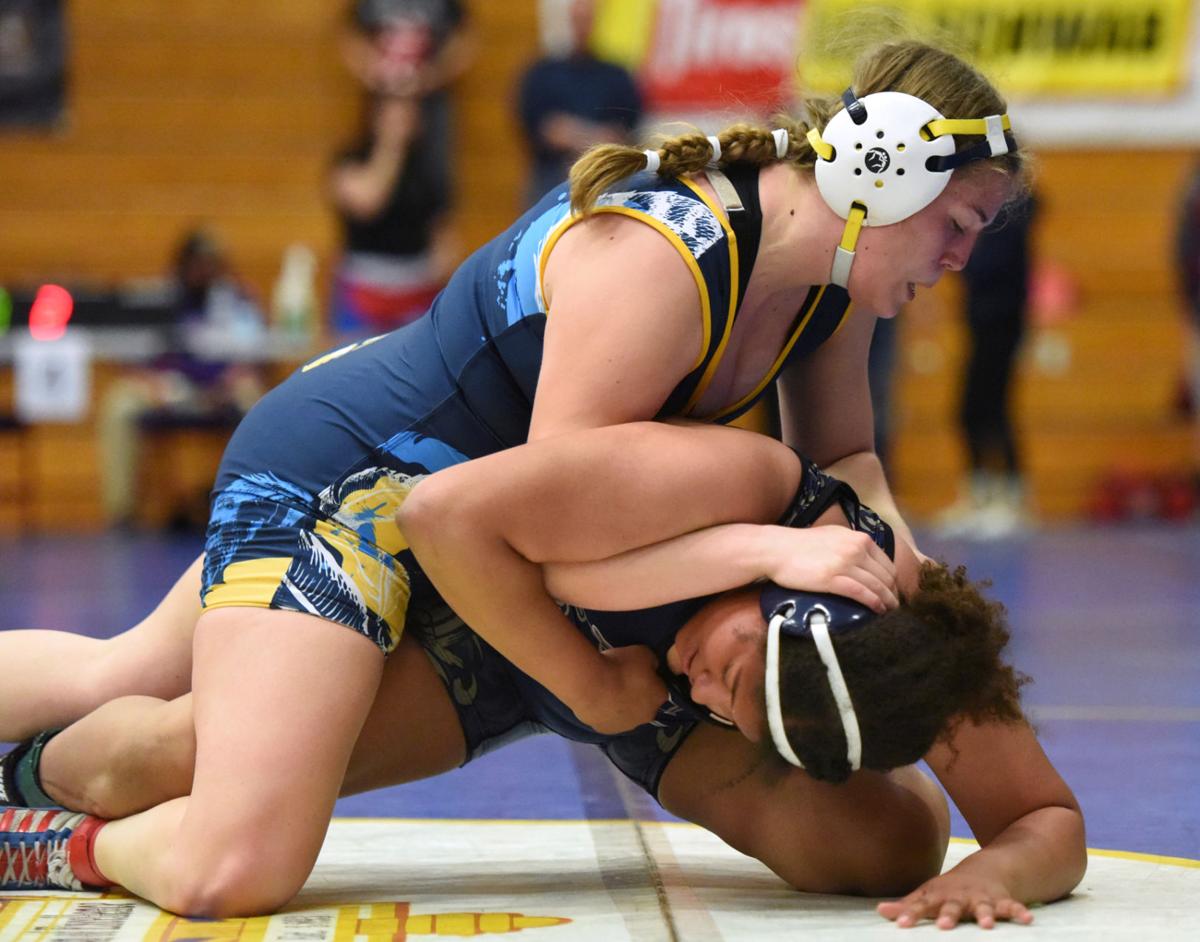 BAKERSFIELD — What’s a postseason without a first-place finish from Charlotte Kouyoumtjian?

With the win, Koyoumtjian heads to the CIF State Wrestling Championships this week on Feb. 27-29 at Mechanics Bank Arena (formerly Rabobank) in Bakersfield. She’ll be joined by teammate Ramona Ortega (189) and Porterville’s Sequoia Cook (160), who also qualified for state.

Looking much like the road to her East Yosemite League and Southeast Area titles, Kouyoumtjian defended her top-seed at the two-day Masters tournament with three straight pins to advance to the championship match.

“I felt good considering I (was sick) the whole season and I can’t breathe after 30 seconds,” Kouyoumtjian said. “So now I can go six minutes and still feel good to go another 30 minutes.”

“I took a couple months off and it changed me. I feel a lot better now and it made all the difference,” she added.

Kouyoumtjian has always had her mind set on winning state. Last year in her first trip, she finished third but became the first female state medalist for Monache.

“I think we’re always trying to improve,” MHS head coach, Jim Short, said. “If we were third last year, first or second would be great. We practice to win it. She’s had a lot of challenges this year with her illness. And other things. But yet look where we’ve come. Look where she’s at now. It says so much for her perseverance.

“It may be a blessing in disguise, she’s not all beat up,” Short continued. “We took at least over a month off because of her illness. And I think she’s back with a vengeance, and I think you can see great things out of her.”

Also making their first trips to State are seniors Ortega (189) and Cook (160) from Monache and Porterville, respectively. The two lost their third-place matches but earned their spots for state with wins in the consolation semifinals.

Top-seeded Ortega was upset 4-2 in the semifinals by Roosevelt’s Maria Arrellano but pulled off an outstanding comeback late in the consolation semifinals, pinning Golden Valley’s Naomi Roby in 4 minutes, 56 seconds, to earn her first trip to State.

“Well I think at the end of the day we teach more than wrestling,” Short said. “And when you get knocked down in life, you have to get up. And I felt like Ramona answered the call. She was down by four, had to come back or she wasn’t going to state, and she gets a pin in the last round. Can’t say enough of her character and perseverance.”

Fourth-seeded Cook battled in her first semifinal match but lost late, 6-1, to Stockdale’s Ehireme Ohens who was the top-seed and ranked No. 7 in the state. But in the consolation semifinals she made quick work of Reedley’s Esther Villa with a pin in 1:46.

“It’s crazy cause I didn’t think that I would make it,” Cook said. “Yeah, I know it’s bad to say and that’s why they always gotta keep reminding me of my mentality and stuff. I’m just so shocked that I’m going and I’m so happy and excited and I’m just like wow. My senior year, thank you. I was so happy.”

Her performance against Ohens showed PHS coach Michael Ruiz that Cook can medal at state, if she can continue to wrestle like that.

“I think she has a fair shot at making the podium next week,” Ruiz said. “If we wrestle everybody like we wrestled the No. 1 girl, the Stockdale girl, I think we can get on the podium. We were down 3-1 in the third, we chose bottom to make it closer. We ended up not being able to get off, made a mistake, she caught us on our back , we lost 6-1. But keeping that close is what we’re going to have to do at State to get through. And I think she has the ability to. Second-year wrestler, I think she’s doing great.”

Mental toughness may be Cook’s biggest challenge in the upcoming days. At Masters she said she felt stressed, but with the support of her coaches and team, Cook also said she’s feeling the best she’s ever felt.

“It was more about keeping the mentality right and my coaches really helped me alot with reminding me of the things I can do if I just believe in myself,” she said. “I’ve worked really hard. I’ve worked more than I’ve ever worked in any other sport. This sport really has taught me a lot of things and made me my best person. I’m the best person I am right now that I’ve ever been.”