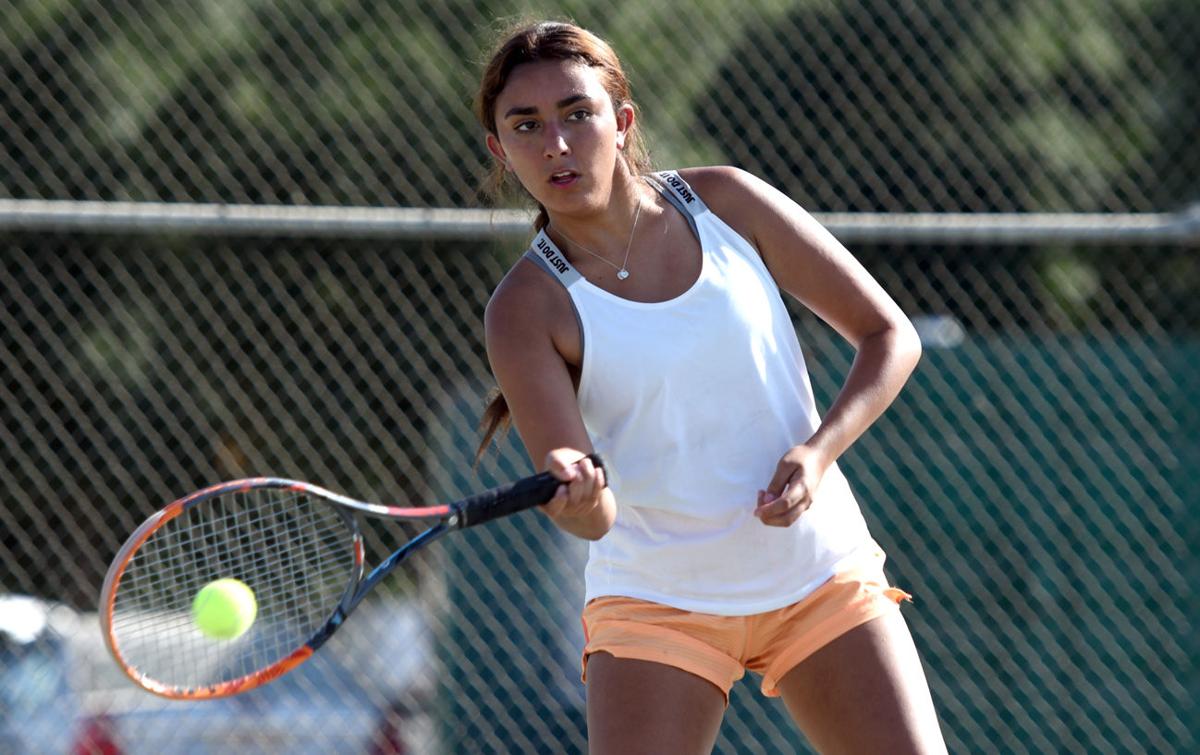 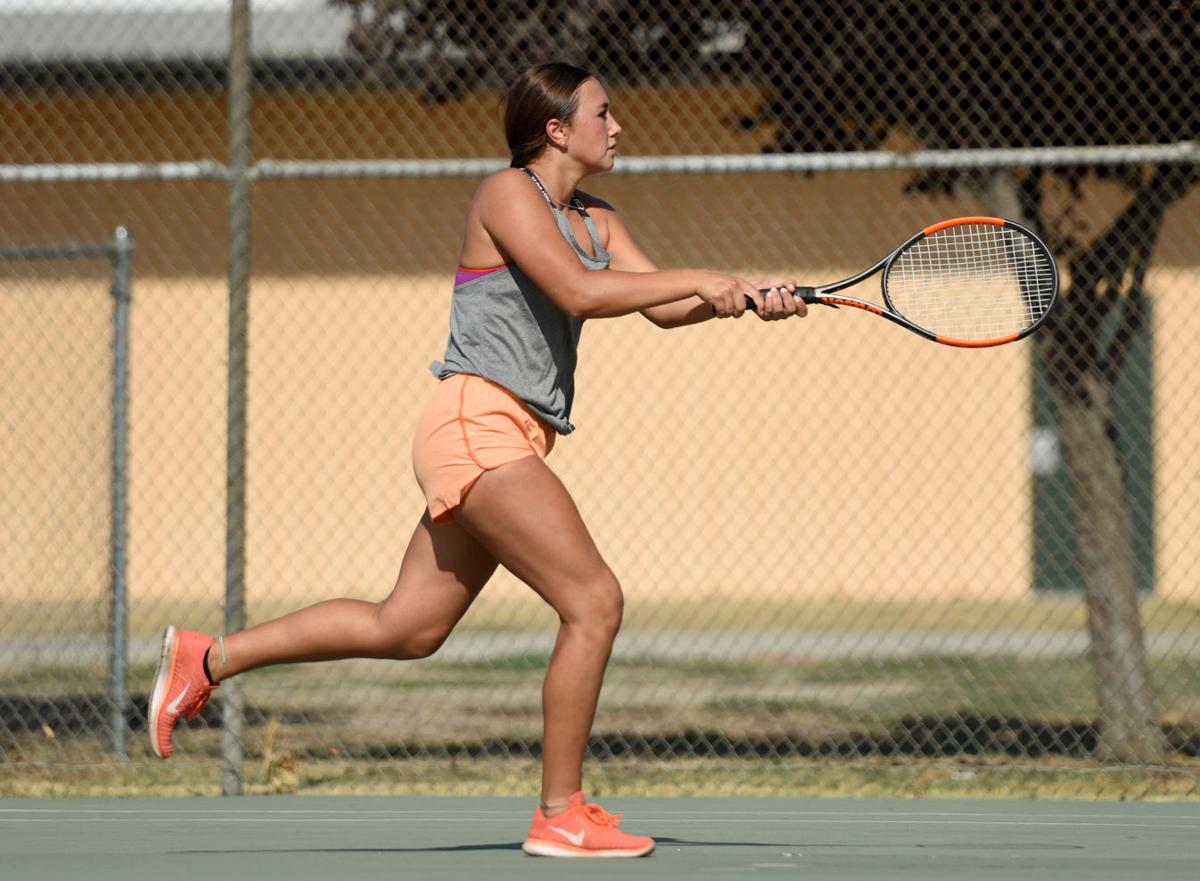 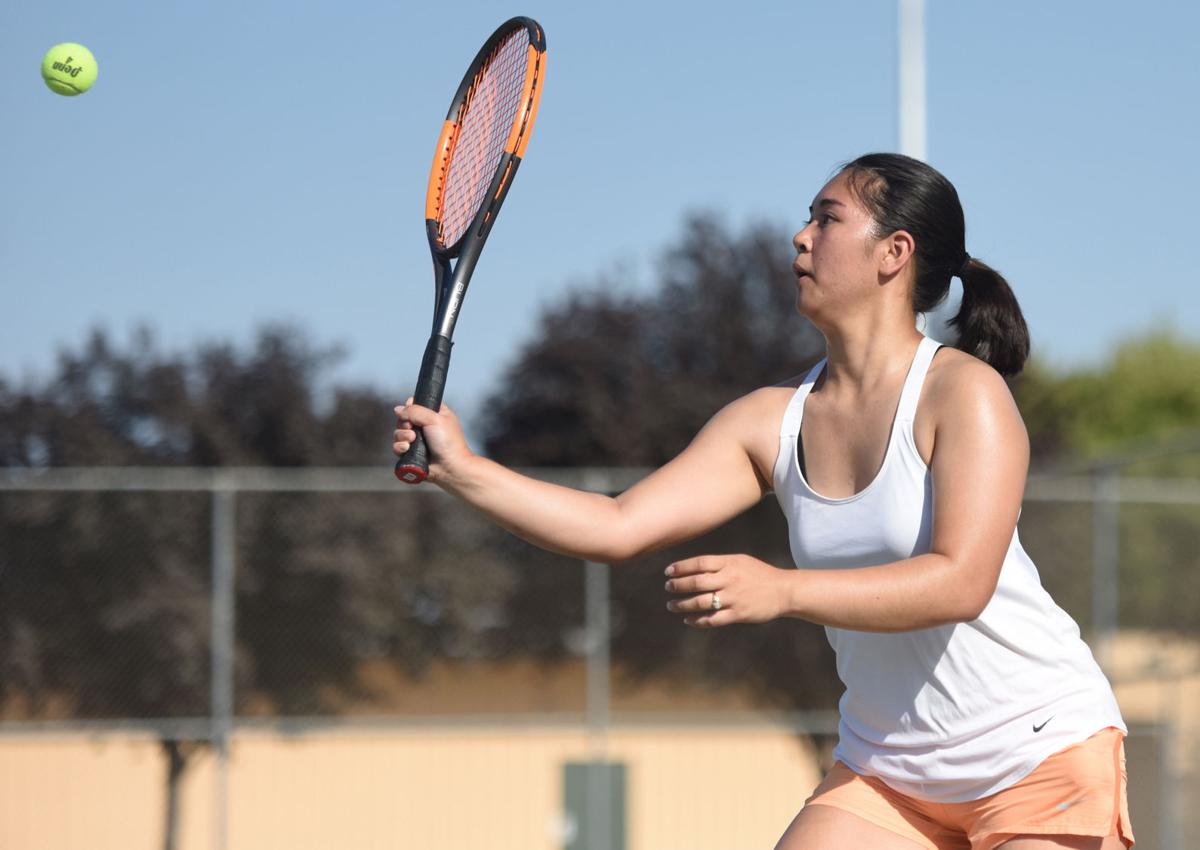 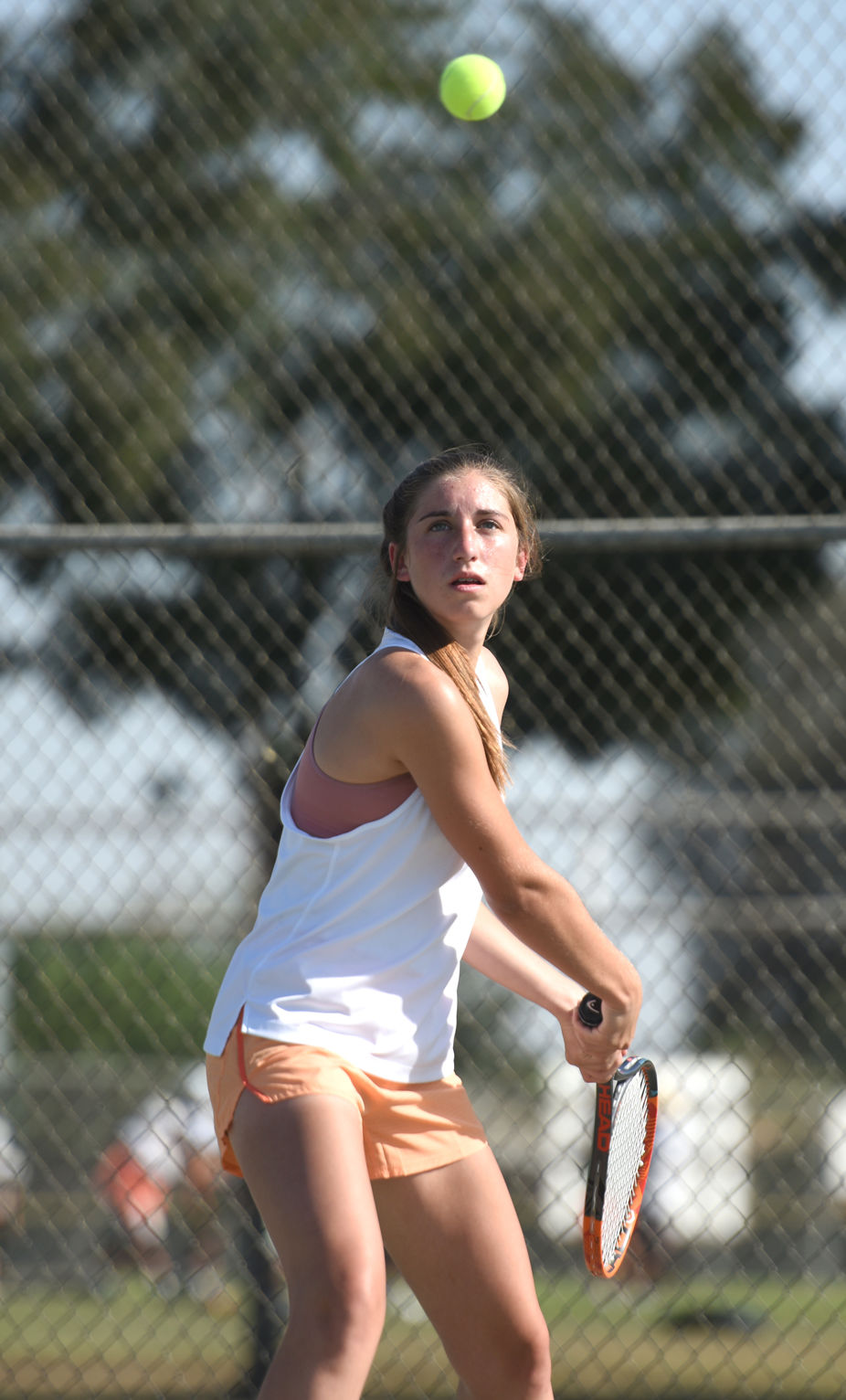 The season continues to start well for Porterville High School's girls tennis with the team defeating Hanford 8-1 in Tuesday's non-league match at home.

The Panthers (4-1) picked up the necessary five wins in singles to win the match early but finished with a complete sweep of doubles.

“They're pretty even,” PHS head coach Kurt Nielsen said about his all senior top six. “Five and six are killing people. I switched Jewelia and Erica. Jewelia's undefeated, she moved to No. 3 and she won. Obviously you see if we're going to (win league) we're going to do it on depth.”

Porterville has struggled in doubles during previous matches but against Hanford things went smoothly, starting with No. 3 Jazlynne Medrano and Desirae Gomez winning 8-2. Maniss and Weaver then won the No. 1 match 8-4 while Palad and Mitchel closed with an 8-2 win at No. 2.

“I'm not happy with the results,” Nielsen said. “We're just not playing well. ... Lack of focus. ...It's not that we don't work. I think that's our key in EYL because you can't just count on playing good singles. So when you get to 3-3 in singles, what are you going to do? Gotta win two out of three doubles.”

Porterville has its eye on the East Yosemite League title this season but Nielsen expects Tulare Western and Tulare Union to be the team's biggest challengers.

“Union has those top two girls, so it depends on their depth,” he said. “I know Western won last year but they had a lot of seniors.”

He added, “Trying to build a team that can get five points against Union even though we beat them the last two years with the top two girls.”

Nielsen believes the team can do well against Mission Oak and Delano, and also have a chance against Monache who they defeated twice last year despite the Marauders having No. 1 Madison Giannetto. Giannetto was the team's No. 1 for the past four years.

“(Monache) girls are always good but they've always had that good No. 1 for the last 12 years so we'll see how they are without a dominant No. 1,” Nielsen said.

The Panthers next match is Thursday, Sept. 5, at Exeter. They'll also play in a tournament hosted by Clovis High School on Sept. 6-7.