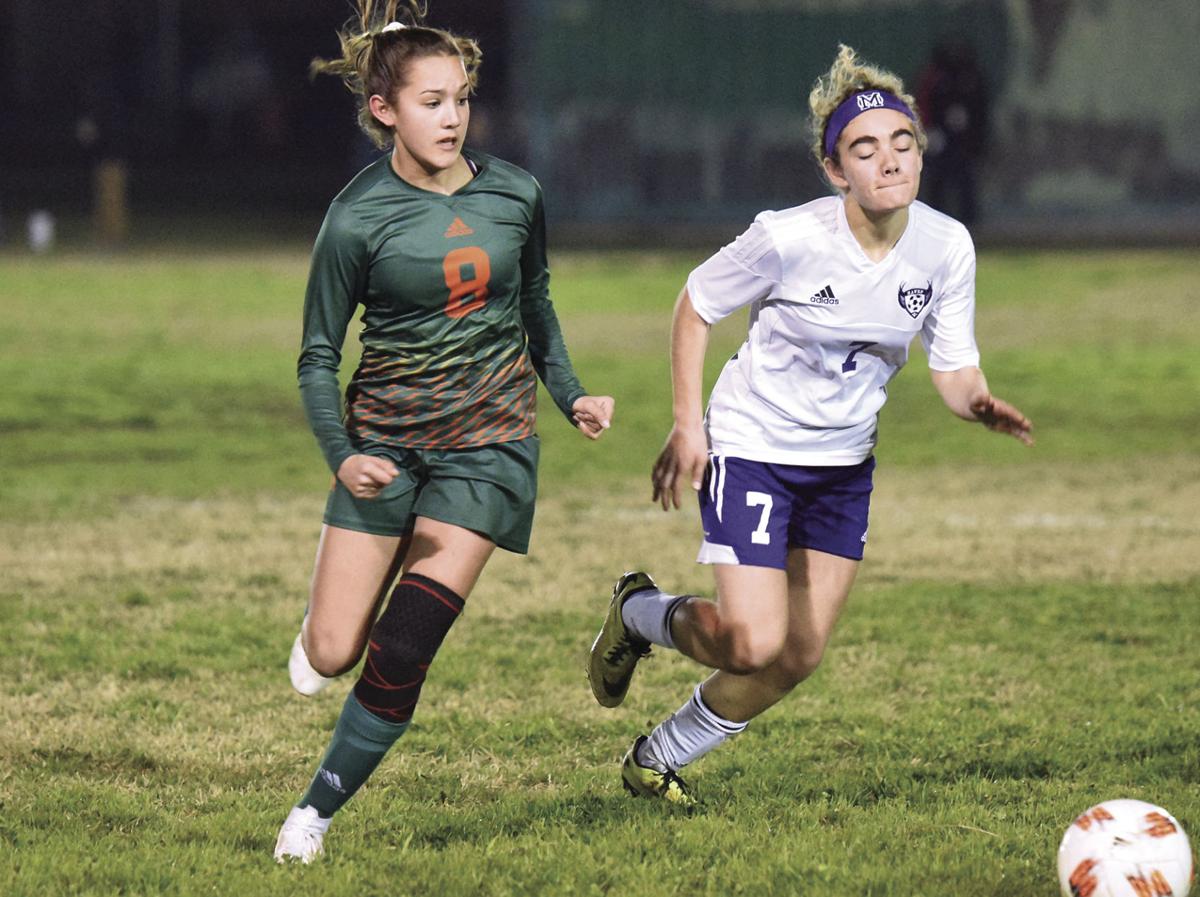 Porterville High School's Olivia Guillermo, left, dribbles down the field Tuesday, Jan. 22, 2019 during the first half of a game against Mission Oak High School at Porterville. 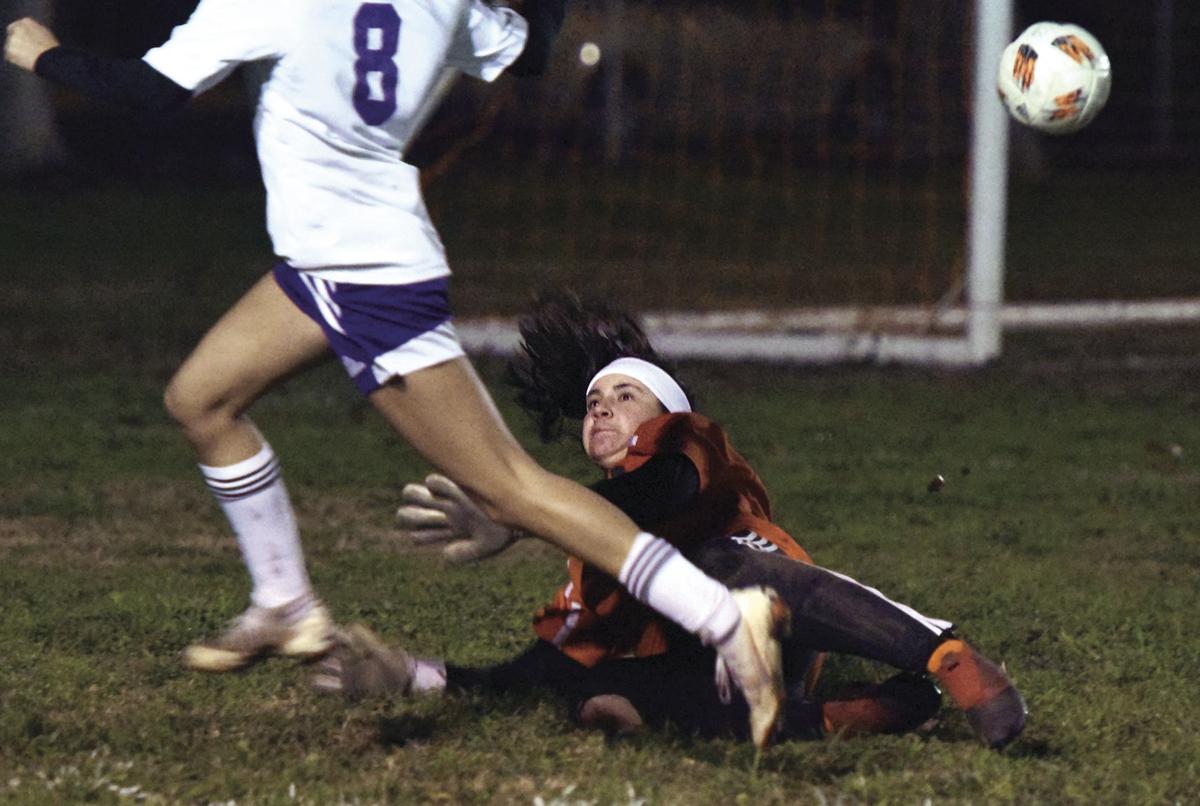 Porterville High School's goalie Faith Ortiz tries to narrow the course Tuesday, Jan. 22, 2019 during the first half of a game against Mission Oak High School at Porterville.

Porterville High School's Olivia Guillermo, left, dribbles down the field Tuesday, Jan. 22, 2019 during the first half of a game against Mission Oak High School at Porterville.

Porterville High School's goalie Faith Ortiz tries to narrow the course Tuesday, Jan. 22, 2019 during the first half of a game against Mission Oak High School at Porterville.

It’s usually the little things that factor into a team’s loss and that’s exactly what happened to Porterville High School girls soccer in Tuesday’s East Yosemite League game at home.

“We’re not capitalizing and we’re making simple mistakes,” PHS head coach Cruz Rivera said. “And it’s the simple mistakes that hurt us. I felt we were dominating. All we had to do was put the ball in the net and we’re not.”

Porterville was dominating in the first half and were counteracting a faster Mission Oak team with solid defensive play but that began to falter in the last 10 minutes of the half. Off a bad defensive touch by the Panthers, Angelica Cervantes scored an easy first goal for the Hawks which was followed up by another Hawks’ goal, this time from Gissel Mora in the 37th minute.

The Panthers’ had only a few chances in the first half but managed to capitalize early in the second half with a goal from senior forward Jailene Fernandez in the seventh minute, cutting Mission Oak’s lead to one.

Porterville’s defense once again proved to be a tough match early but midway through the half they had some miscues that left Porterville goalkeeper, junior Faith Ortiz, in several one-on-one situations. Like her first goal of the game, the Hawk’s Mora scored two more goals in a four-minute span in the last seven minutes of the game, in one-one-one situations against Ortiz.

“I tell my girls, ‘We got the team that we can play against anybody,’” Rivera said. “It’s just on a given day, how bad do you want it. If you show up to play, then we got it. If not, these are the outcomes.”

Two minutes before Mora’s last goal, Porterville freshman Olivia Guillermo scored the Panthers final goal of the game. Porterville had one more chance to score at the end of the game on a corner in the 38th minute but they were called offsides after the ensuing cross from Fernandez.

Coach Rivera said the team can easily clean up their mistakes by relaxing their passes.

On Friday, Porterville defeated rival Monache (11-11-1, 2-3 EYL) and now need only two more wins to qualify for the CIF Central Section Division IV playoffs. The Panthers are currently ranked fifth in the division by MaxPreps.com and travel to Tulare Western (8-6-3, 3-0-2 EYL) Thursday for another EYL game.

“I’ve thought about playoffs,” Rivera said. “It’d be nice to beat the Tulare schools, you know that’s our ultimate goal. And then, we just got to beat Delano and get past Monache. And Monache, anytime we face Monache it goes either way because that’s when the girls play their hearts out. With those two games under our belt, we’ll make playoffs.”