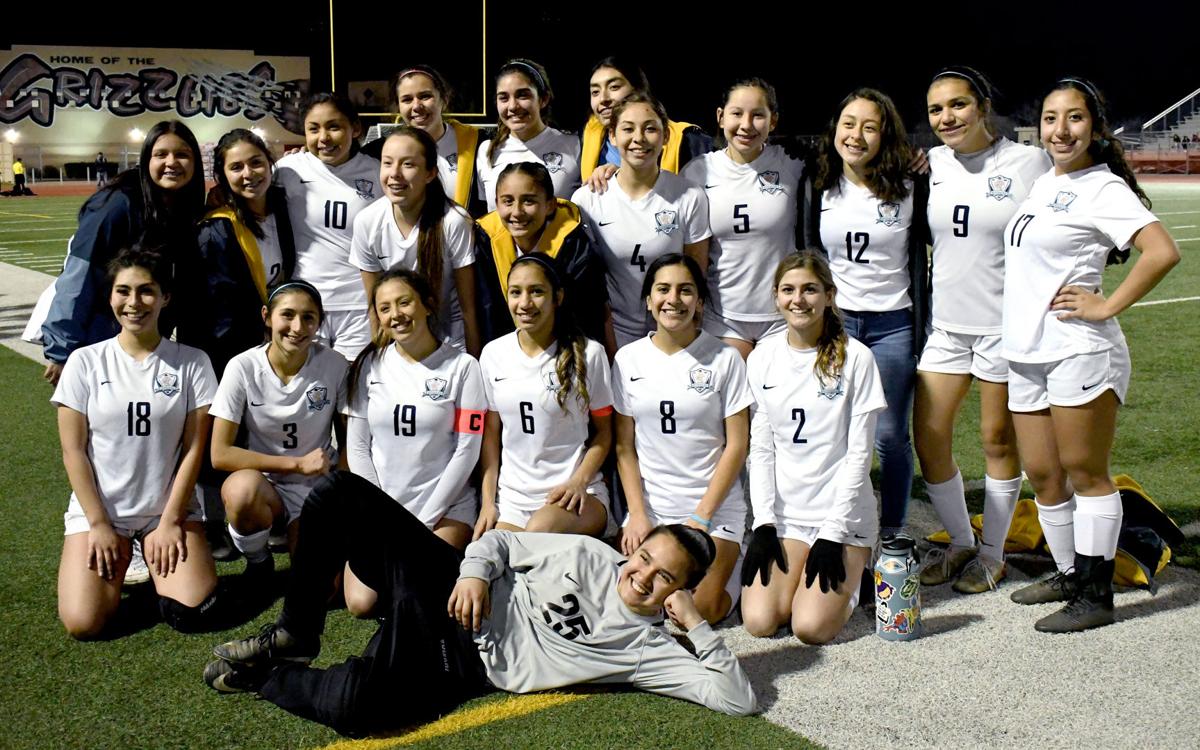 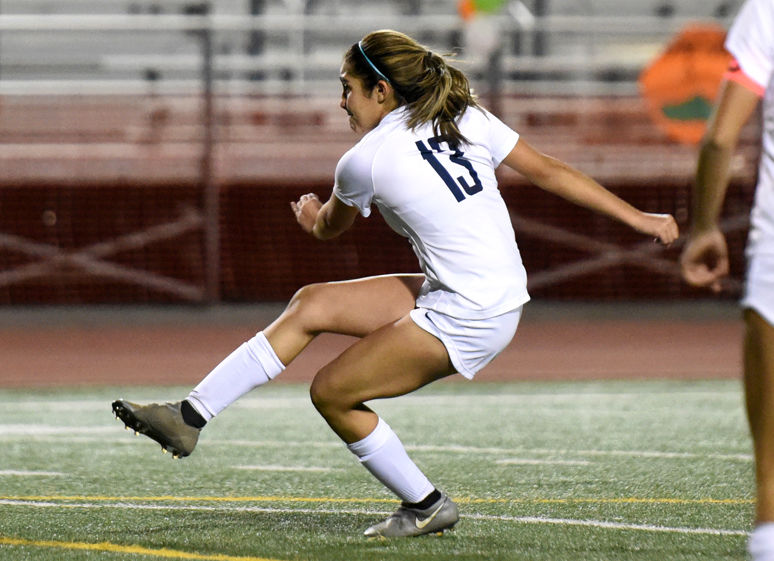 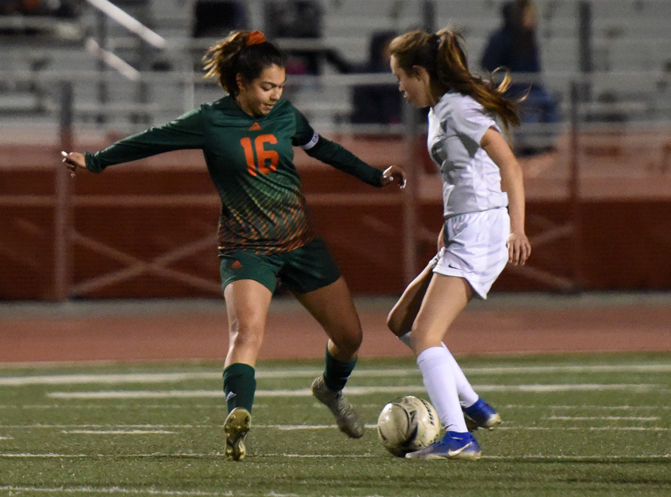 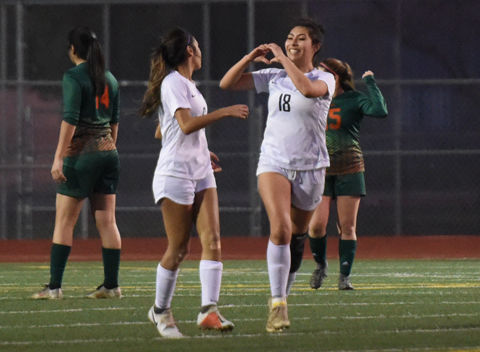 Monache High School's Gabriela Vasquez (18) makes a heart with her hands after scoring a goal during a game against Porterville, Wednesday, Feb. 5, 2020, at Jacob Rankin Stadium.

Monache High School's Gabriela Vasquez (18) makes a heart with her hands after scoring a goal during a game against Porterville, Wednesday, Feb. 5, 2020, at Jacob Rankin Stadium.

Tino Rodriguez has talked all season about how special his team is, and once again Monache High School girls soccer showed how special they are with a 2-1 overtime win against rival Porterville.

Playing in both team's final East Yosemite League game of the season Wednesday at Jacob Rankin Stadium, the Marauders came from behind with goals from Gabriela Vasquez and Alexandria “Mia” Rivas to get the win.

“It was great,” Rodriguez, MHS' head coach, said. “It was a good win for us. So I'm real happy for the girls. ... So it leads us into the playoffs. We'll find out Saturday night who we play and then we'll see what happens after that. But it's a special team. It's a great team.”

“Honestly, these PHS games mean more to me than the other games,” Vasquez said. “We could lose but as long as we play as hard as we can, especially against PHS, there's nothing more I could ask for.”

Trailing 1-0 early in the second half, Vasquez scored the equalizer for Monache on a throw-in by teammate Jessica Batres.

“My mind was blank,” Vasquez said about her goal. “The only thing I could think was, oh my gosh, my team did it. I didn't even know. It was just pure excitement and joy. That's the only thing that went through my head. It wasn't a one-man thing, my whole team, all 11 players helped with this. All of our bench. All the girls did amazing, I was just so excited.”

The goal came in the 20th minute of the half and gave the Marauders a much needed boost after one of their players, Abigail Sotelo, went down minutes before near the Panthers' sideline. Rodriguez said both the goal and Sotelo's wipeout were game changers for the team.

“It was a great shot by Gabby,” Rodriguez said. “Great shot by Gabby. But we got back to center and that was Gabby and Evelyn (Caballero), and it was the other girls also just stepping up. And that was awesome. So that's what we needed. It was almost kind of a little wake-up call, cause it was almost to the fact that we're in this but we're not executing as we should. And unfortunately it took that, and I think we did pretty good after that.”

The first half didn't go well for either team and although Monache had several chances, including three corner kicks, they couldn't find the back of the net. Defensively, the Panthers outplayed the Marauders in the middle but Monache controlled possession and when Porterville did get the ball, they couldn't score.

But both teams continued to fight in the second half and it was Porterville's Vanessa Tadeo who scored the first goal of the game in the ninth minute.

“Give credit to the other team,” Rodriguez said. “They were putting it to us. They were. But we stepped up and (we) put it to them the second half and in that overtime period.”

Heading into overtime tied 1-all, the Marauders played aggressive and scored quickly on a shot by Rivas two minutes into the first overtime.

“I knew my girls were going to give it to me and I just did the best I could to get it in the goal cause I knew we wanted this game,” Rivas said. “Getting that goal in for my girls, it was the best feeling in the world.”

Both Rivas and Vasquez were keen on making sure their team got the credit for their goals. And for Vasquez, a senior, she couldn't thank her team enough for the win and the last four years.

“I know I'm going to cry,” Vasquez said. “The last four years of high school ball have been the best thing to ever happen to me. I've improved so much as a person, as a player. I can only thank the entire soccer staff for doing that.”

But Monache's season isn't done. The Marauders qualified for playoffs and they'll learn Saturday who and where they play.

“I think we can go really far in playoffs,” Rivas said. “I know my girls and I know if we keep playing the way we played tonight, we're going to get far. And I think we'll do well.”