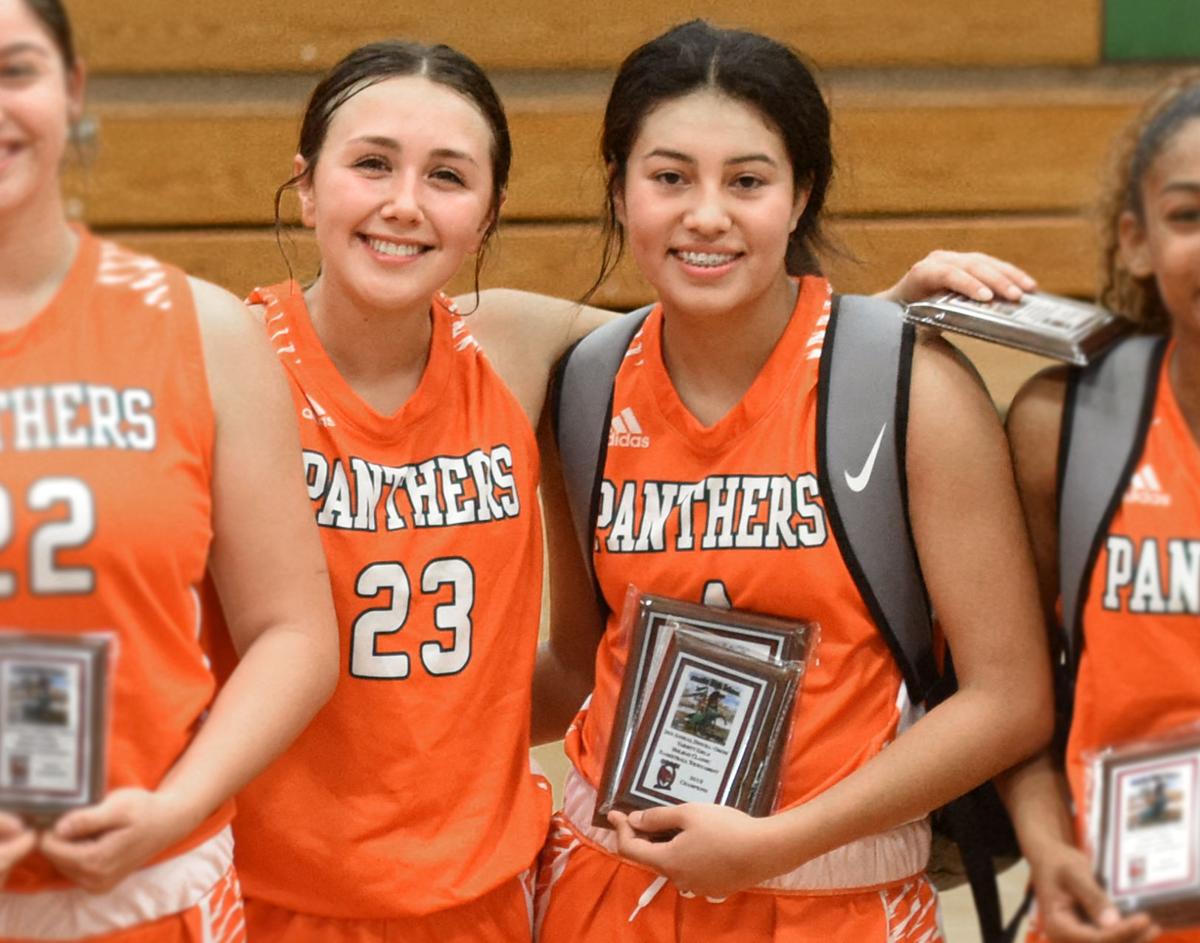 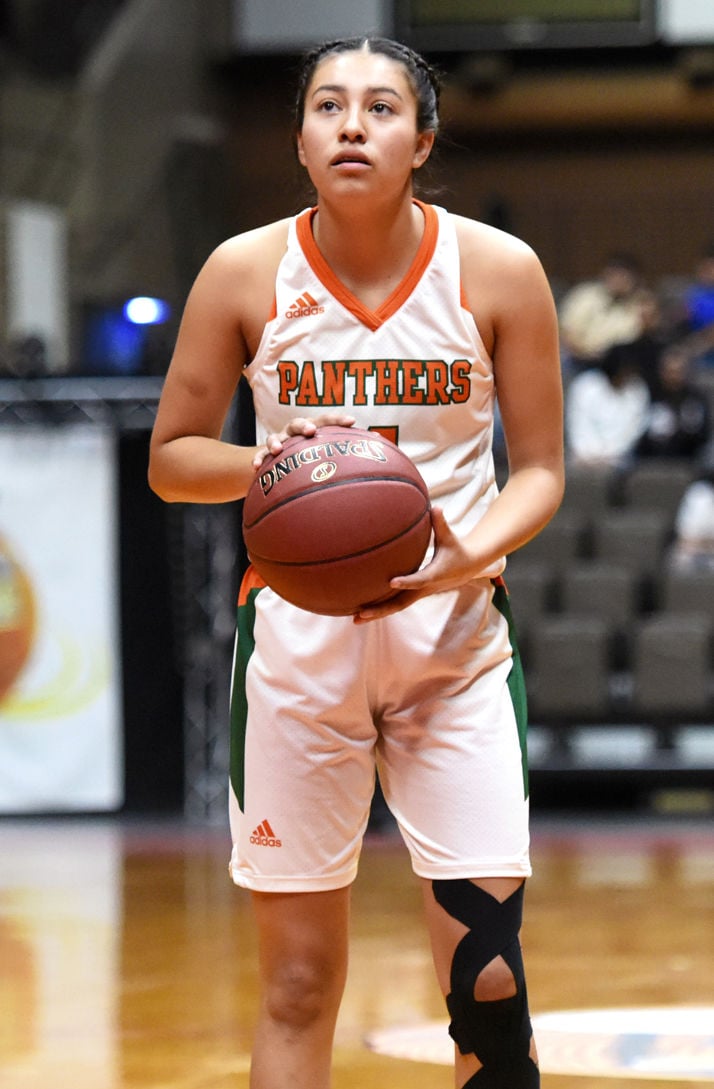 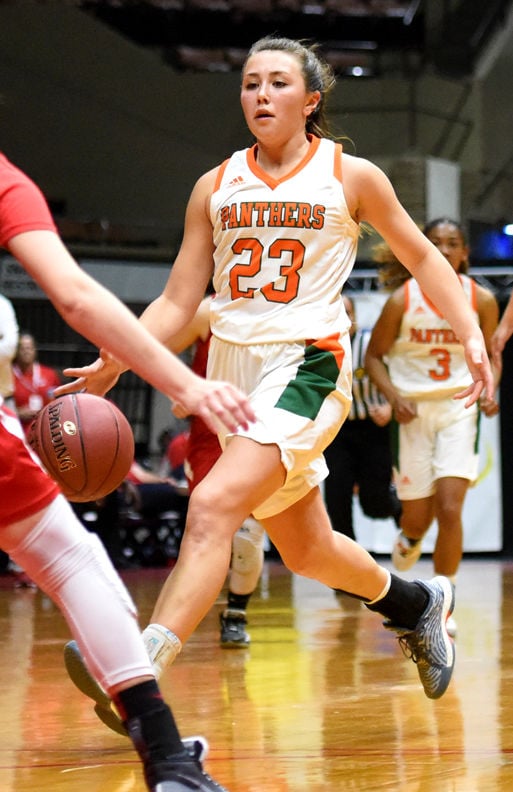 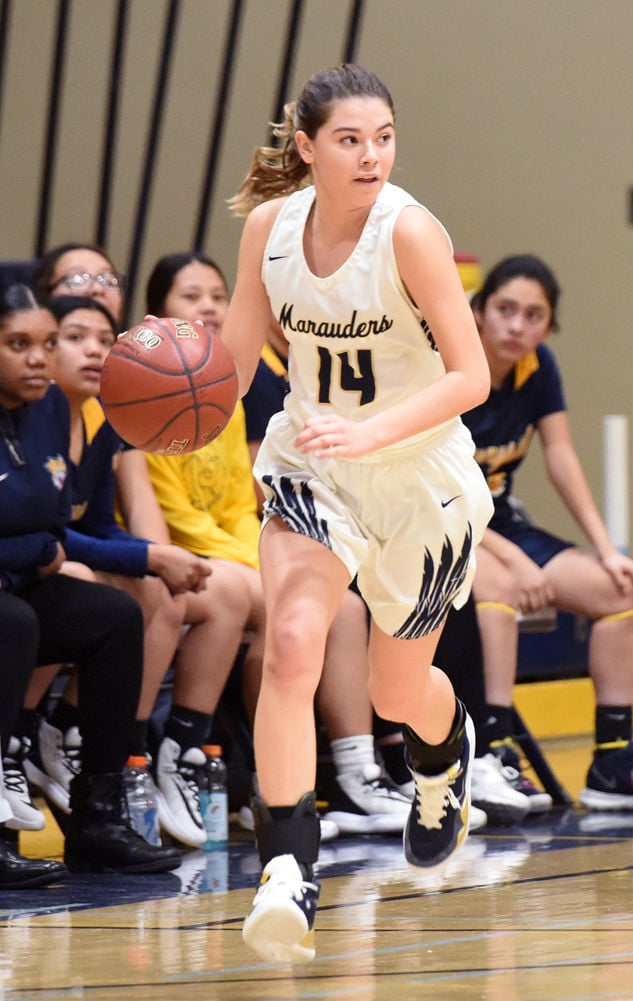 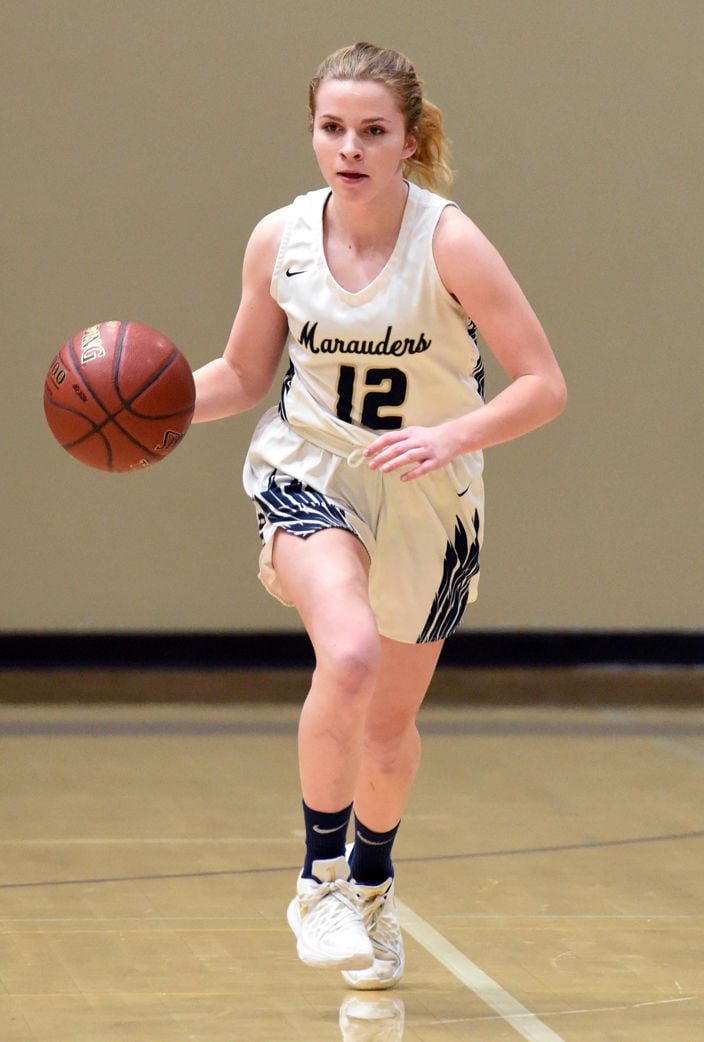 The two seniors were the heart and soul of Porterville High School girls basketball and their contributions to bring the Panthers' back-to-back, undefeated East Yosemite League titles was recognized with the two being named the All-EYL co-Most Valuable Players.

In their fourth season on varsity, both Medrano and Maniss were seamless in their play.

Medrano provided the team with an outside shot, especially from the 3-point line, but could also drive to the basket and draw the foul. She was the league's second leading scorer, averaging 14.3 PPG with 22 3-pointers. Through 31 games this season, she averaged 14.5 PPG and made a team-high 78 3-pointers.

At 5-foot-8, Maniss was one of the team's most versatile player. She could play guard but did the most damage inside the key. In 31 games, she averaged nearly a double-double with 12.2 PPG and 9.4 rebounds per game. In league she had three double-doubles with a 16-point, 16-rebound performance in a 65-40 win over Monache.

The duo were key to the team earning the No. 1 seed for the CIF Central Section Division III Championship tournament. Porterville won the Div. III title with a 65-39 win over No. 2 Arvin (28-6).

Also important to the Panthers success this season were All-EYL first-team selections, sophomore guards Madison Johnson and Nseije Ortiz. The two will be crucial in the team's future success.

Garcia was the league's leading scorer with 148 total points and a league-high 14.8 PPG. She also led the league in 3-pointers made with 34 and had 56 on the overall season. Castle averaged 9.3 PPG, was second in the league with 39 assists and also had 28 steals.

Freshman power forward Nailea Fields was a second-team selection. She almost averaged a double-double in league with 10.3 PPG and 9.1 RPG, which was the second-highest in league. On the overall season, she finished with a team-high 232 rebounds.

Morgan Hunter, a freshman center, was the team's honorable mention after getting injured in the team's second EYL game. Through 16 games, Hunter averaged a double-double with 15 PPG and 11.3 RPG.

Monache's season came to an end in the first round of the Central Section Div. II playoffs when the seventh-seeded Marauders lost 70-63 to 10th-seed Ridgeview (14-14).

All stats provided by MaxPreps.com.