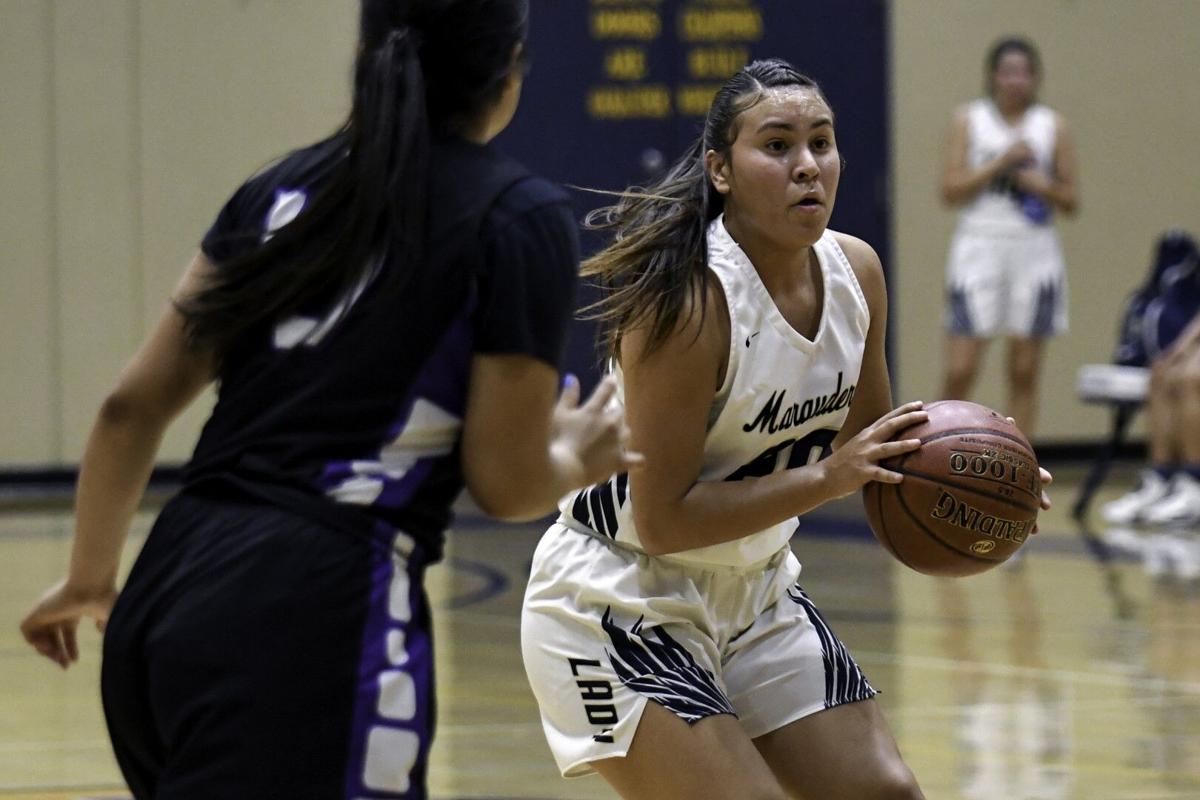 Monache High School's Alisha Verdejo, right, looks to shoot during the first half of an East Yosemite League game against Mission Oak, Friday, April 30, 2021, at Monache. 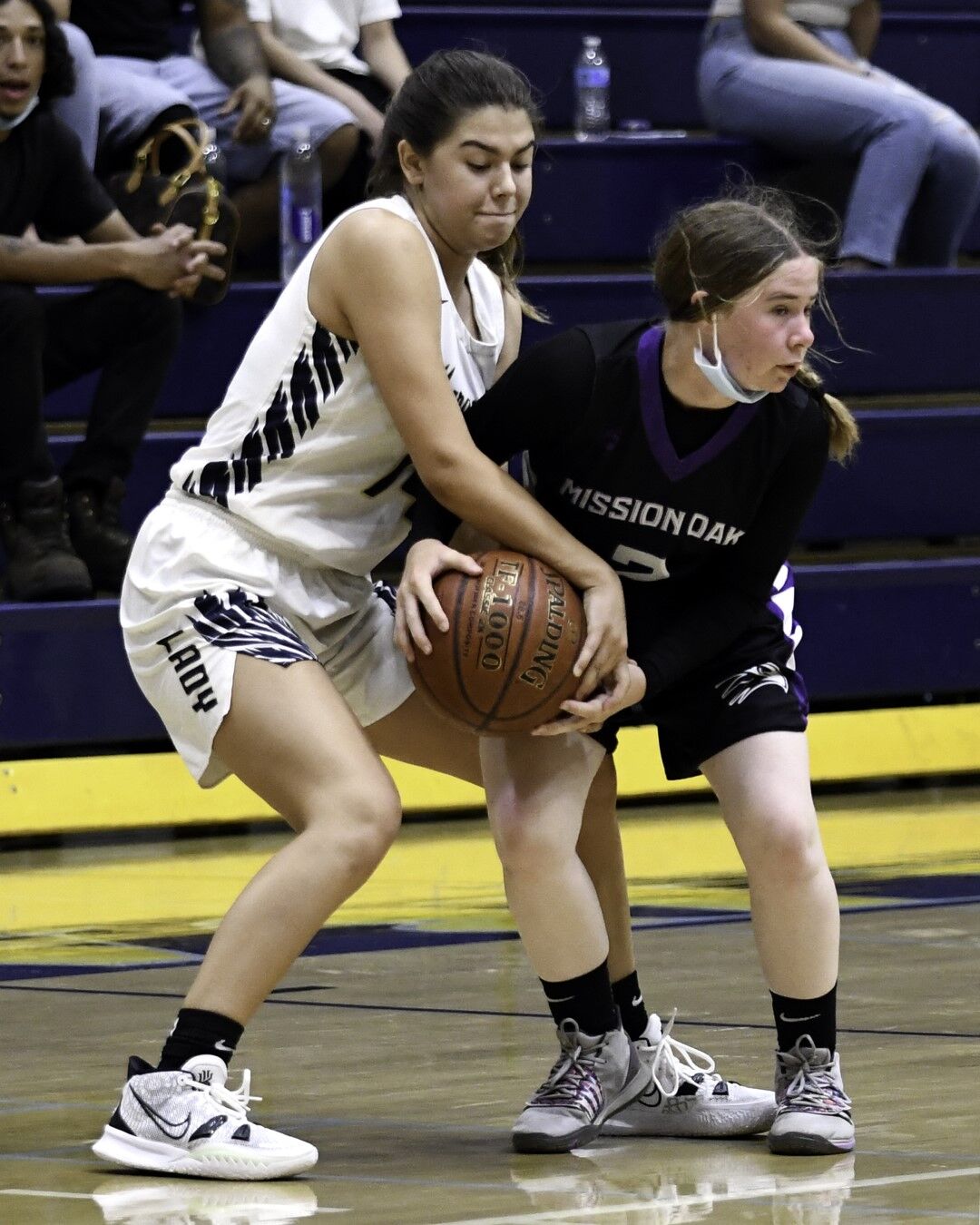 Monache High School's Danielle Garcia, left, and Mission Oak's Hannah Thompson battle for the ball during the first half of an East Yosemite League game, Friday, April 30, 2021, at Monache.

Monache High School's Alisha Verdejo, right, looks to shoot during the first half of an East Yosemite League game against Mission Oak, Friday, April 30, 2021, at Monache.

Monache High School's Danielle Garcia, left, and Mission Oak's Hannah Thompson battle for the ball during the first half of an East Yosemite League game, Friday, April 30, 2021, at Monache.

Playing at home, the Marauders (3-0 EYL) trailed in the first quarter but outscored the Hawks (1-2 EYL) in the next two to take a lead that carried them to a 53-48 victory.

“They just have so much heart,” MHS head coach Junell Garcia said. “They really want to win. I told them that this season was just kind of for fun. We get a season, let’s be happy with that. You’ve been off for a whole year or more, but they really all want to win in their hearts. So they give it their all. That’s just who they are. I love these girls. They’re awesome.”

Leading Monache in scoring with 20 points was freshman Alisha Verdejo.

“She’s amazing,” Garcia said. “And her attitude is, she’s just super coachable, and she brings a lot of fun to the rest of the team. She just was an instant fit. The girls love her. We love her. She’s a hustler. She doesn’t want to lose. She just gives it 100% all the time.”

Verdejo was vital for the Marauders on offense and defense, where she and seniors Kelci Seaman and Danielle Garcia ran the team’s full-court press that resulted in multiple steals and easy layups.

“Defensively, I tell them that’s definitely what we always have to focus on,” coach Garcia said. “Without having a preseason and being off for so long, and just a short amount of practices, I told them your legs, you don’t have basketball legs. Shots are going to be hard to come by. Try and get the easy steal and a layup. So they work hard on defense. They really, really do. That’s really what saves us, is our defense.”

After trailing 7-0 to start the game, Monache increased its defensive pressure and spread out its offense with 3-point scoring from Verdejo and baskets inside from junior Molly Ortega. They finished the first quarter down 16-14 but scored early in the second to tie the game.

From there, the team kept rolling. Veronica Herrera gave the Marauders the lead with a score, then Danielle Garcia stole the ball as the Hawks tried to bring it down the court and dished it to Verdejo, who scored for the 20-16 lead. Monache outscored Mission Oak 10-1 in the first six minutes of the second quarter.

The Hawks finished the half down 28-24, but the Marauders played well against their zone defense and started the fourth with a 40-35 lead. For Monache, Danielle Garcia also finished with 15 points and Ortega with 10.

In today’s 2:30 p.m. game at Mission Oak, the team will be without several players making it anyone’s game come tipoff.

“We lose a couple girls to softball and track,” coach Garcia said. “One starter (Seaman) will be gone, so it’ll be a tough game for us. Really tough game.”