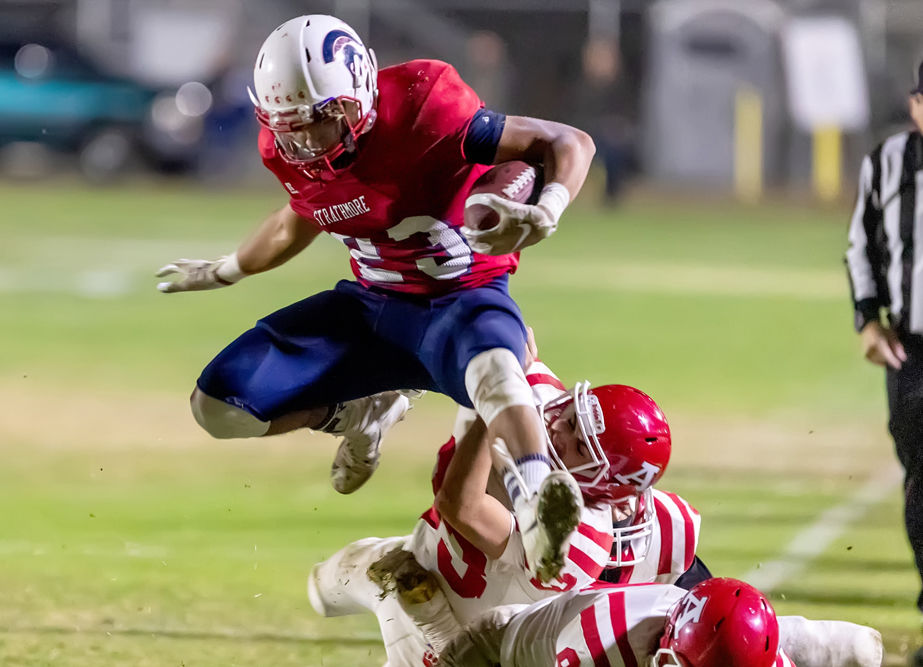 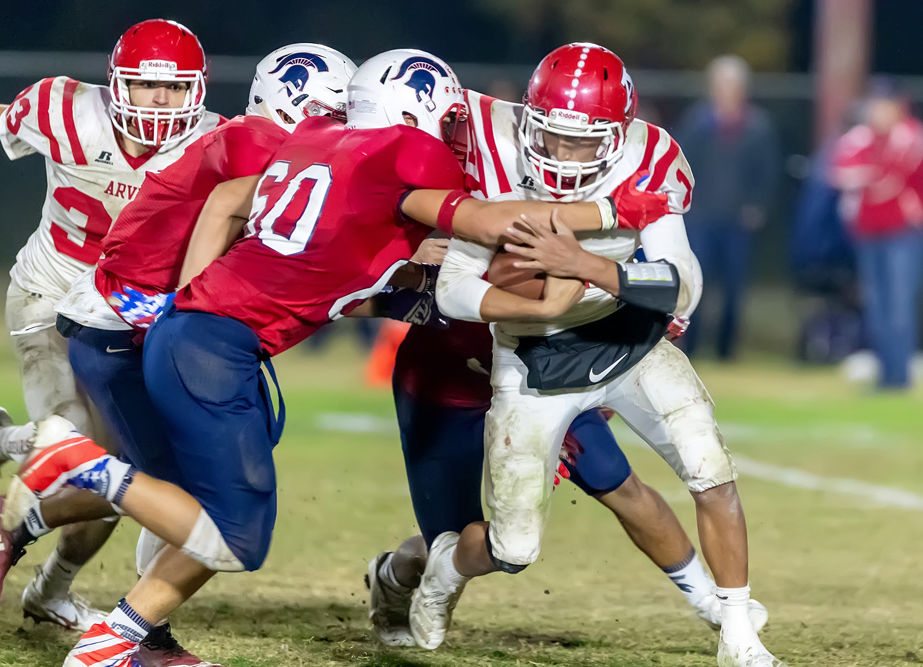 Arvin was bigger and faster.

What does that make Strathmore High?

Semifinalists in the Central Section Division 6 playoffs, because better trumps all other measurables in the world on this Spartans football field.

The fourth-seeded Spartans, winners of three straight Division VI titles, will have their winning streak tested to the n’th degree Friday when they visit top-seeded Caruthers, a 43-7 winner over No. 9 Immanuel.

The Blue Raiders should be warned: if Strathmore (11-1) has shown anything in their jump up a division this year, it’s that they don’t shy away from anyone.

“We don’t have the biggest guys, but when they hit you, they bring a load,” Strathmore coach Jeromy Blackwell said.

Don’t let the final score fool you: Strathmore advanced this week because its defense came up big, even if few of their players clear the 6-foot line.

There was 5-foot-4 linebacker Javier Garcilazo, leaping 5-feet-8 in the air to nab an interception in the fourth quarter. It was Angel Colunga beating a double team for a fourth-down tackle for a loss.

In the middle of it all? How about senior Cutter Zeller, running down the quarterback for three hope-dashing sacks in the second half, including one for a 20-yard loss.

Maybe you haven’t heard of any of these names before. That’s what happens when you play for a defense at a school where offense rules and running backs reign.

“The offense gets a lot of the attention … the defense goes unnoticed, but when we needed to make a stop, the defense is all about it,” Zeller said.

Even if it takes a while. Arvin led 7-0 and 13-7 in the first half, and tied the game at 21-21 late in the third quarter, all because of a quarterback that could start at running back anywhere he wanted.

Bears senior Gil Medina was that fast, and that elusive. His 65-yard touchdown run through 11 defenders, followed by his own two-point conversion run, could have been the back breaker.

Instead, Strathmore broke Arvin’s back.

Strathmore’s defense had stopped nothing to date. This is when everything changed.

Zeller and Cristian Rodriguez dragged down Medina for an 8-yard loss. Colunga then dropped Medina for a loss on 4th and 2 at midfield.

No more bleeding. The tide had turned.

Moreno ripped off a 26-yard touchdown run, part of his 31-carry night for 259 yards and four touchdowns. That’s 543 rushing yards and seven touchdowns in two playoff games for the sophomore, for those wondering why no one ever notices the defense around here.

Next drive: three plays and a punt. Then, Garcilazo grabbed his pick. Lastly, freshman linebacker Sebastian Gonzalez got his own interception.

Remember Medina’s 65-yard touchdown run in the third quarter? Arvin had minus-4 yards of offense on 14 plays the rest of the game.