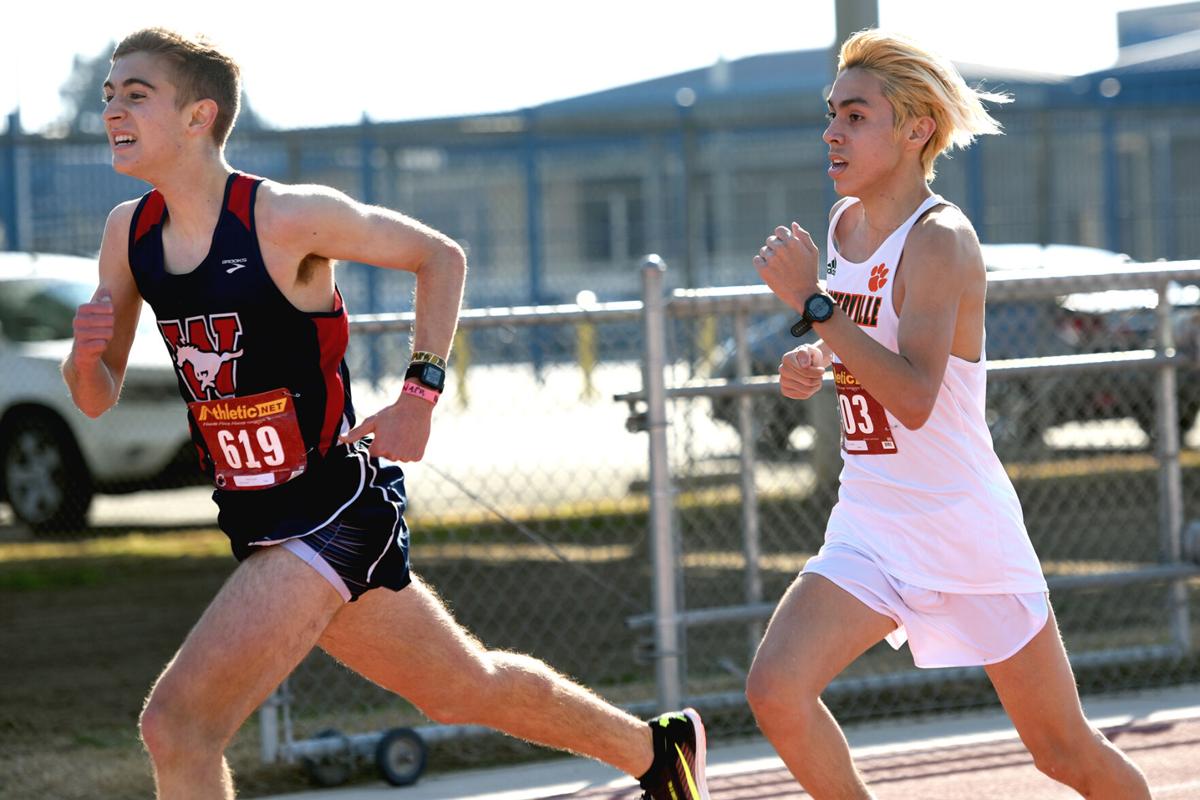 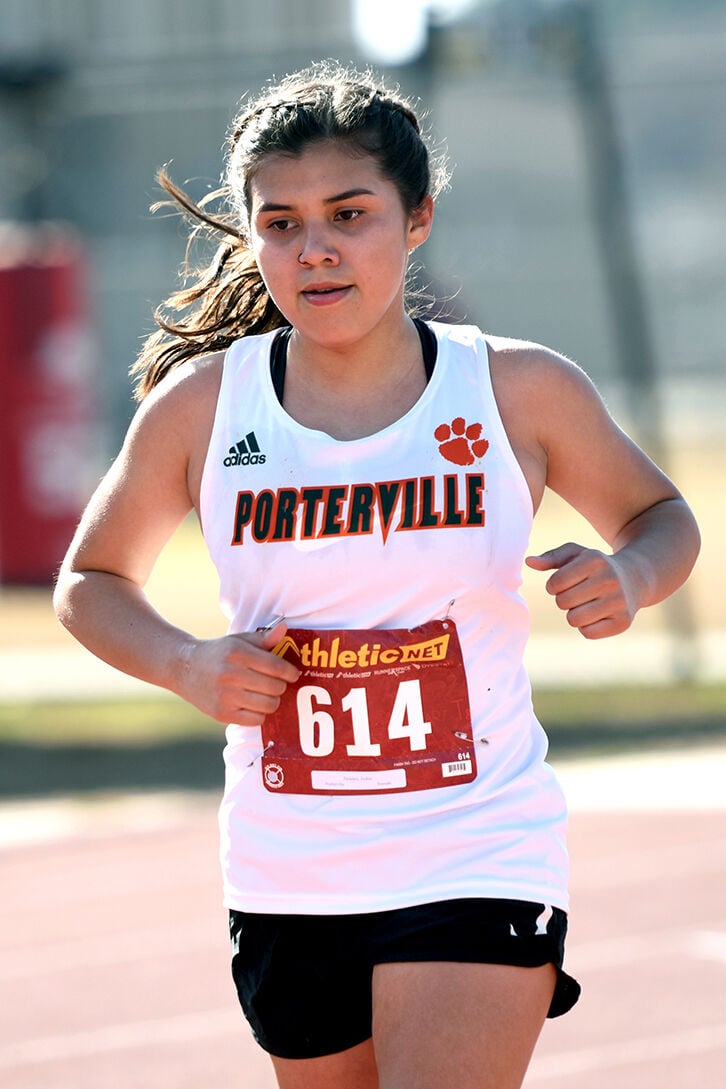 After an 11-month wait, Porterville High School cross country got their first taste of action Wednesday when they faced off with Tulare Western in both team’s East Yosemite League opener.

Unfortunately for the Panthers, the Mustangs came away winners in both the boys’ and girls’ varsity races. Western’s boys won 25-33 and their girls, 15-50.

“I’m not sure,” PHS coach Jesus Salas said when asked about why his team struggled. “I didn’t really talk with the kids yet. Probably (because it’s) the first race back in 11 months. But Western was in the same boat and I don’t want to take anything from them. They had a great victory.”

Josh Jimenez nearly secured Porterville’s lone first-place finish when he turned on the jets for the last stretch of the 3-mile run. With about 100 meters to go, Jimenez passed TW’s Carter Mendes and closed in on Joseph Flores for a close finish.

“He wasn’t in it at all until the third lap, and then all of a sudden he’s kicking in the last 100,” Salas said. “And I thought he won, but he lost. Barely. And he usually never finishes that strong. So that’s growth in that aspect.”

Tulare Western’s girls claimed the first victory of the day, with the team sweeping all of the top eight spots. The Mustang’ Yeimy Vazquez and Fatima Cortez tied for first with times of 22:21.

Sophomore Joslen Jimenez, Porterville’s No. 1 girls runner, was with the lead pack early but ended up placing 9th with a time of 24:01 -- her slowest time ever.

“Joslen didn’t seem like herself,” Salas said. “But that’s our job as coaches to see why she wasn’t in the race.”

Salas said only Ferrer, who ran for Strathmore last season, and Jimenez had run a race before, so it was the first time racing for most of the team’s runners.

“I guess they could have a little more of an excuse cause they’re young but just (a) learning curve,” Salas said.

Due to COVID, the invitational has a unique setup. A total of 16 teams compete but only two teams run at a time, during a two-hour period, for both the boys and girls races.

Editor's Note: Story was updated to reflect the division placement for Porterville and Redwood's boys and girls teams.