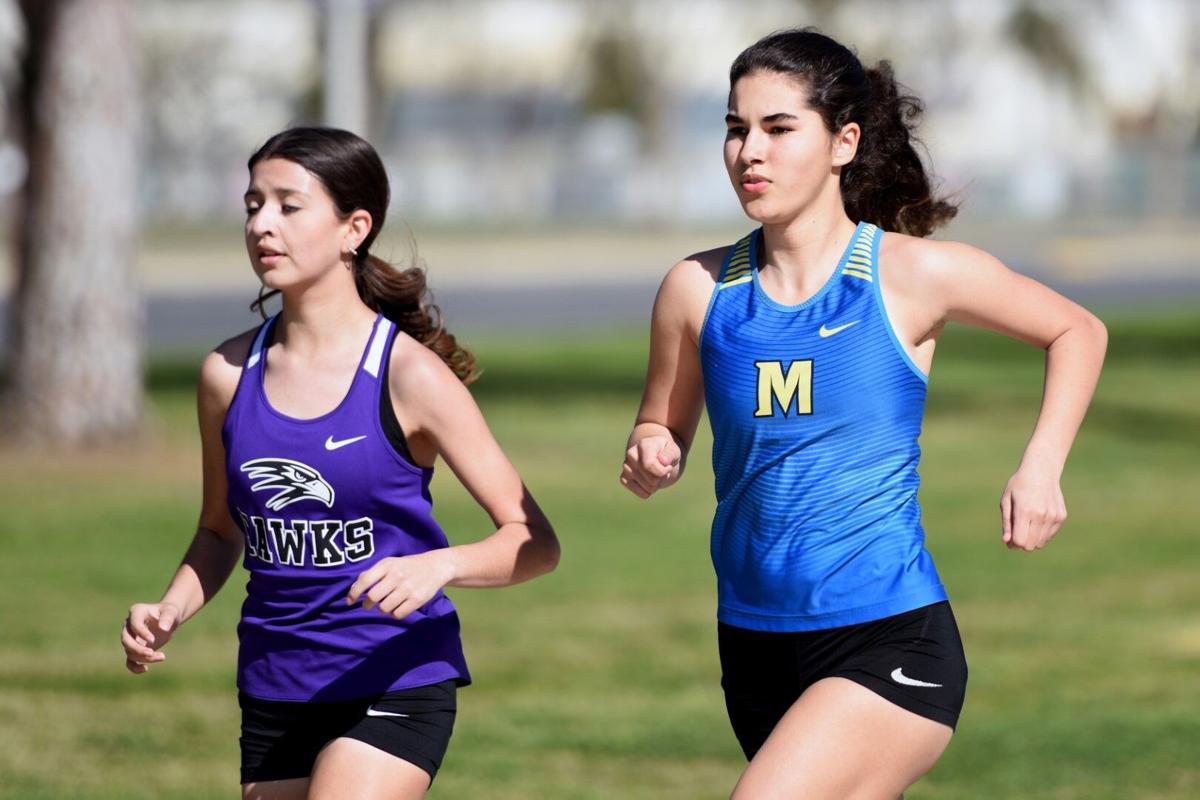 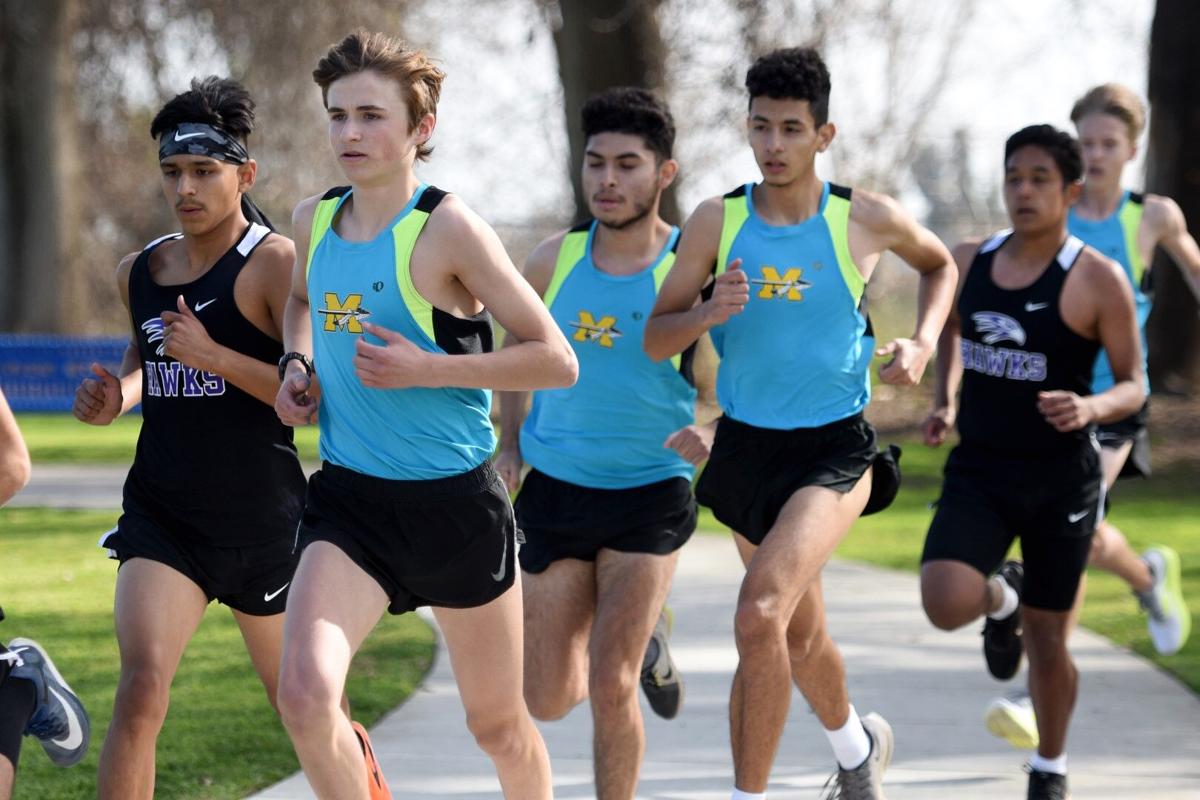 The Marauders, who nearly had to forfeit the girls’ race due to only having four runners, were saved when Chanel Bradley decided to run. Bradley ran the three-mile course in 23 minutes, 22 seconds and placed third.

“We only had four girls, and then Chanel Bradley popped in last minute,” MHS head coach Seth Ishida said. “So that was a big save on her part. That was all to her. And then actually ran really well to get third place in this race. Without her, it wouldn’t have been close.”

The Hawks’ Alyssa Arevalo (23:51) and Brinna Steed (24:18) placed fourth and fifth, respectively, while the Marauders' Eilene Molina (24:29) placed sixth to give Monache a slim 10-11 lead with three runners apiece finished.

“It’s very competitive with the girls, and I really enjoyed this because it was such a close race,” Ishida said. “...It was pretty much tied, and then they kind of decided it. And Riley had to outkick some people at the end. So Riley Beeman did a great job.”

“I thought about holding back a little bit, but we’re so tired, I don’t think we could’ve. And Mission Oak’s Leonel Villareal, I remember him from last year. He’s one of the quality runners on a normal year. And he’s a senior and the leader of their team. He’s a legit contender. So to get fourth (17:52) in this race. He is good. So they had to respect Mission Oak.”

Monache considered holding back because the team’s next race is Thursday at the Dinuba Invitational. The girls will race Selma at 10:15 a.m., while the boys take on Avenal at 10:45 a.m.

“Boys did really well today,” Ishida said. “They’re not particularly rested. They really took the loss hard against (Tulare) Western. Now they’re working extra hard. Isaiah (Mendez) is approving and getting back into it. We’ve got another guy that’s injured, that’s coming back. Ian’s looking great. Sixteen, twenty-two, not a bad three-mile. And we’ve got a race Thursday? All the guys have that in their minds as well.”

Right now, every dual and every invite matter significantly for Monache, who are working with teams across the Central Section to pull off a sub-section championship race.

“The coaches are working on it at a grassroots level, of trying to get a sub-section championship going where Tulare County goes south,” Ishida said. “So we’re going to compensate by trying -- it’s up to CIF if they allow us -- to get some races at a neutral site at Kern.”

The neutral site would have to be in Kern County so that coastal schools could compete since teams can only compete in neighboring counties.

“The coastal schools versus Aislin would be -- that’s the one we’re shooting for,” Ishida said.

“We’re hoping to kind of seed ourselves well in the duals so we can matchup (well) in the duals for the overall championship race. Because if you don’t pair up well, you don’t get to run with the faster opponent. So every win is very important.”

If the race gets approved, it would have to happen by March 27, which is the date the cross country season ends.