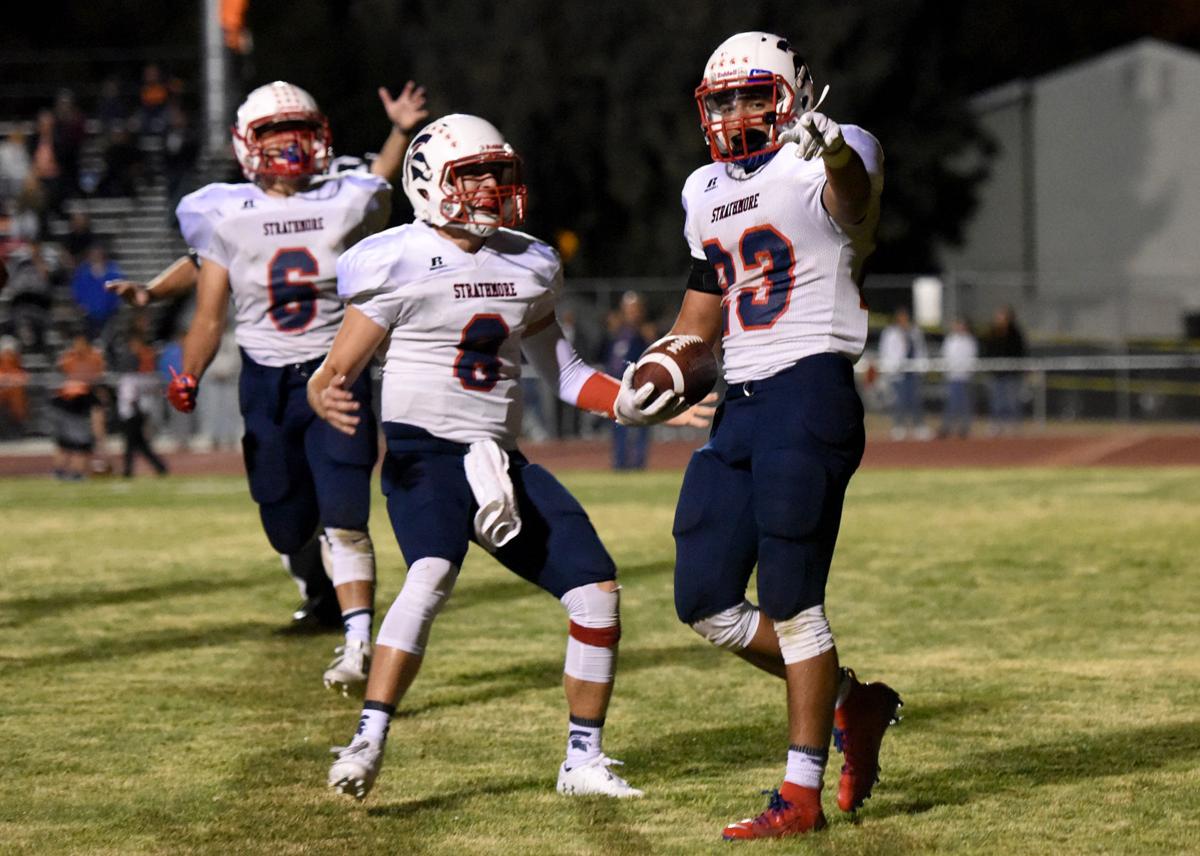 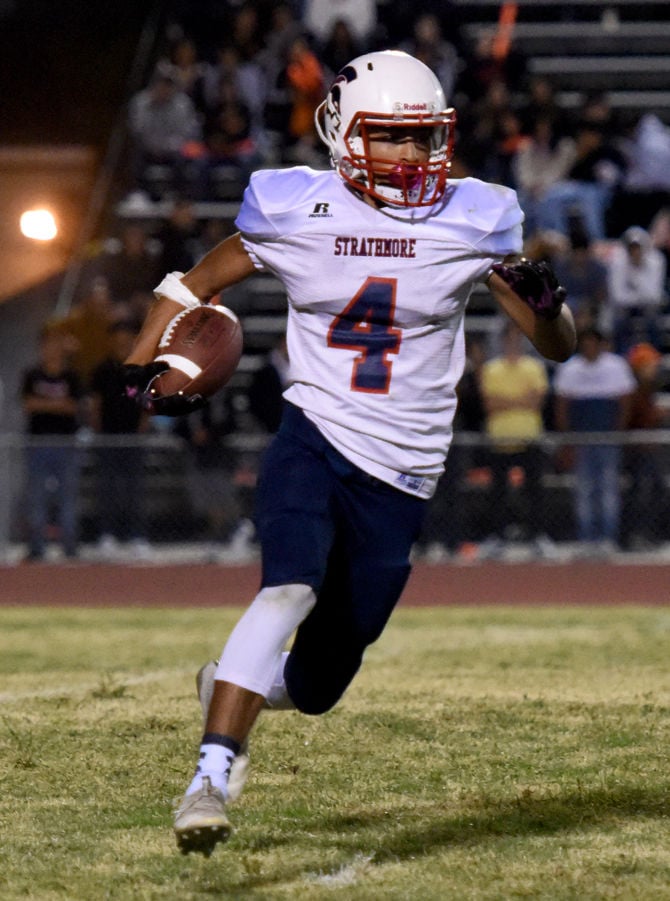 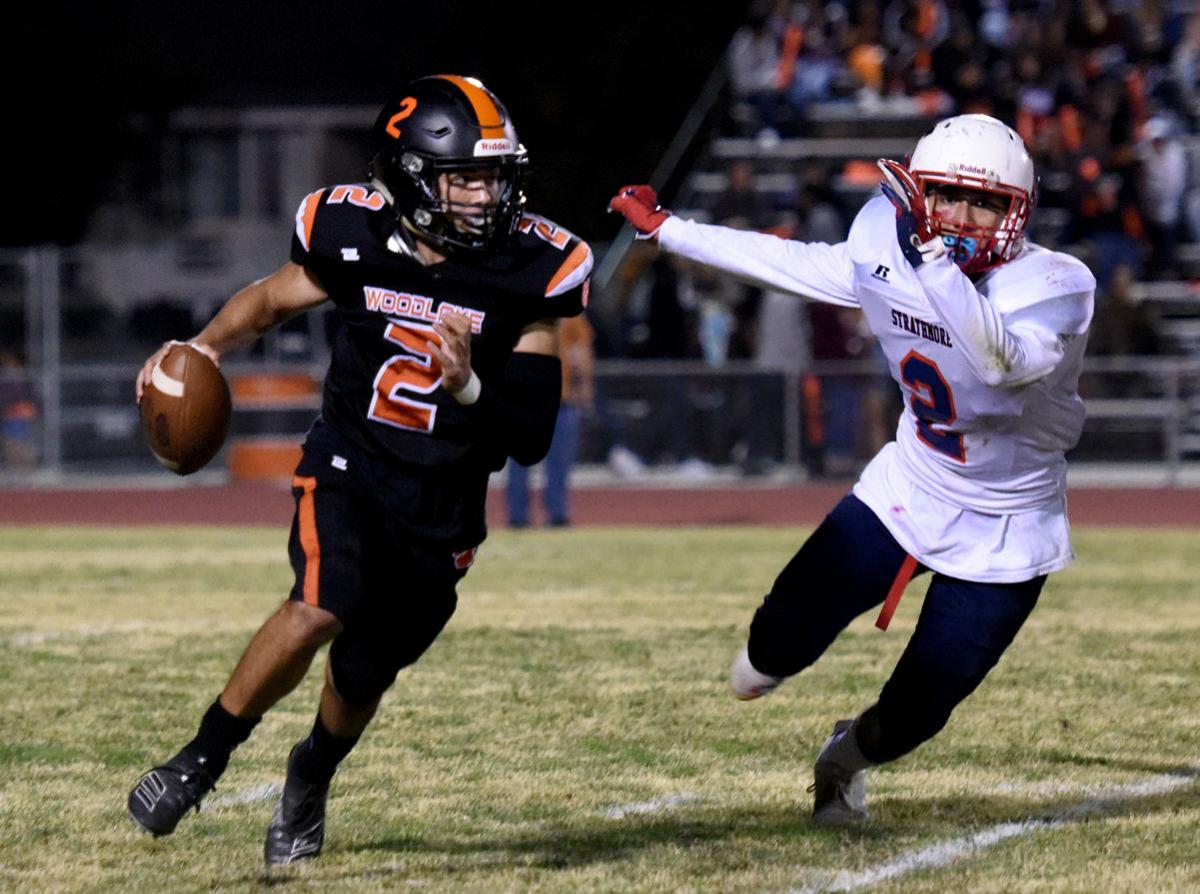 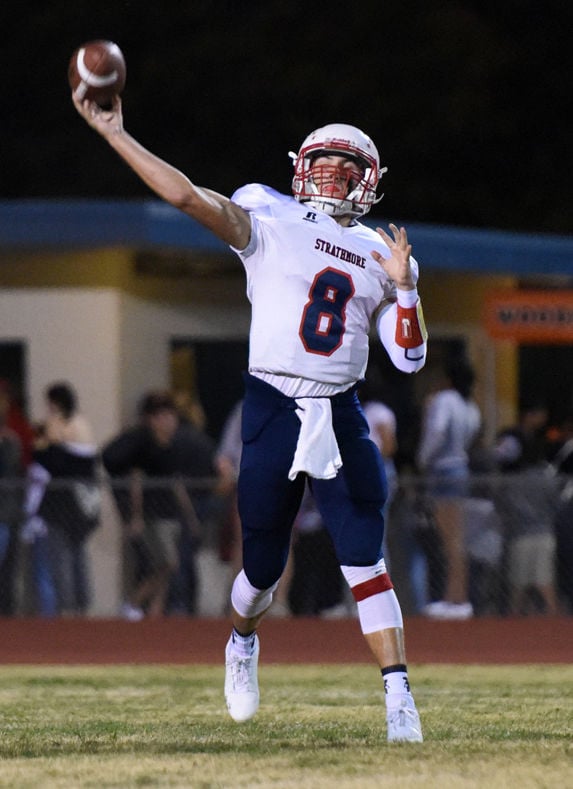 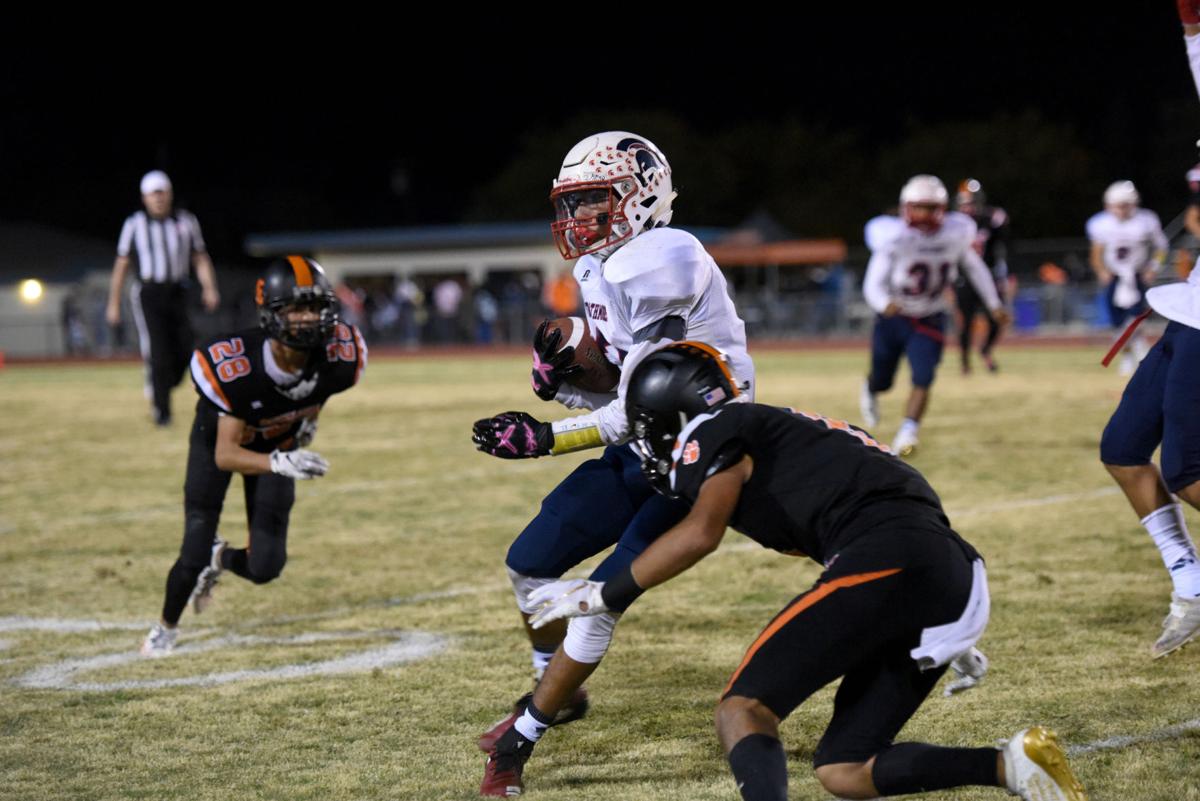 It was its big test of the season and Strathmore High School football aced it with minutes to spare.

The Spartans (6-0, 2-0 ESL) came into Friday’s East Sequoia League game at Woodlake with a target on their back and a big question from doubters of just how well they could compete with a Div. V team.

They answered that question and more with a 26-22 comeback against Div. Woodlake (5-2, 2-1 ESL) that should silence critics, at least for this week.

Trailing the entire game, Strathmore didn’t take the lead until the start of the fourth quarter when Trace Pugh’s 24-yard pass to Lee Navarro put the Spartans inside the 10. The Tigers weren’t giving up much to Strathmore on the ground, but on fourth-and-1, Carlos Moreno muscled his way into the end zone from the 1-yard line.

The 2-point pass attempt was unsuccessful but the Spartans had their first lead, a 20-14 one that Woodlake let them enjoy for about five minutes before they capped off their next drive with a 3-yard touchdown run by Saul Palomo and a 2-point conversion for the 22-20 lead with 3:15 to play.

Starting from their own 23-yard line, the run-heavy Spartans switched to the pass and took the game over. Navarro came up huge twice by catching a 17-yard pass on fourth-and-3 to convert the first down then taking Pugh’s next pass 41 yards to the Tigers’ 1-yard line.

With 1:07 on the clock, Moreno ran the ball in for what would be the game-winning touchdown. He came up unsuccessful on the 2-point conversion but the six points were all the Spartans would need.

The defense came up clutch in the final minute, sacking Woodlake’s Damian Hernandez for the first time all game and forcing a fumble. The Tigers recovered the ball and moved down field but there was no getting past Strathmore.

“This is our time, hold them!” was the message from the sidelines and the Spartans did just that. Sophomore defensive back Manuel Andrade nearly intercepted Hernandez on the second to last play and then with 4 seconds on the clock, Hernandez threw another incompletion to end the game.

The finish was a big turnaround from the start of the game when Strathmore gave up a touchdown and 2-point conversion in the first quarter but were down 8-0 at halftime.

Pugh went 8 of 17 for 144 yards and one touchdown. That one touchdown was a 22-yard pass to Andre Bravo to put the Spartans on the board. Woodlake answered with a touchdown of their own on the next drive but Moreno gave life back to the team with an 82-yard kickoff returned for a touchdown.

The sophomore running back finished the game with 95 yards and two touchdowns on 22 carries.

Also making some noise on defense was Bravo and Christian Onsurez, who both recorded an interception.

With the win, Strathmore remains undefeated and at the top of the ESL. The win not only puts the Spartans in good position to win ESL but it should also bolster their resume when it comes to seeding for the Central Section Div. V playoffs.

EDITOR'S NOTE: Pictures from Strathmore's game were not available as of press time for Saturday's edition of The Recorder due to technical difficulties.