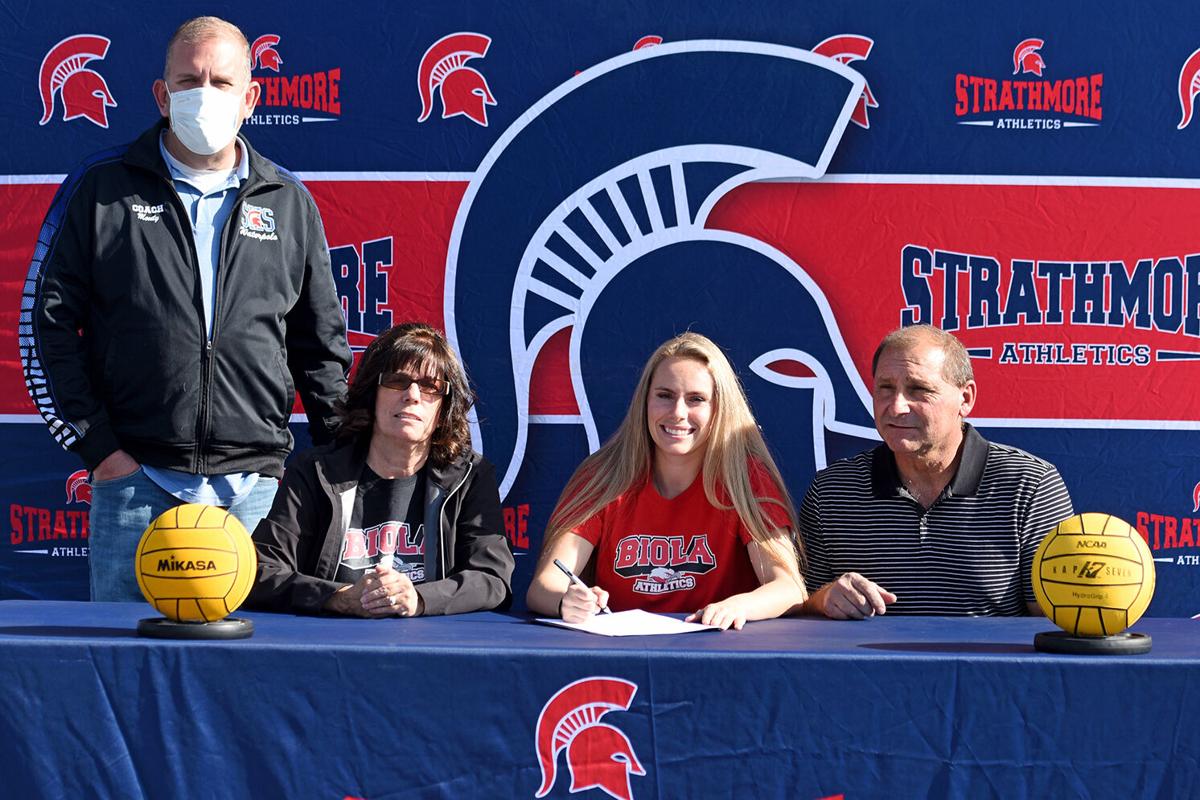 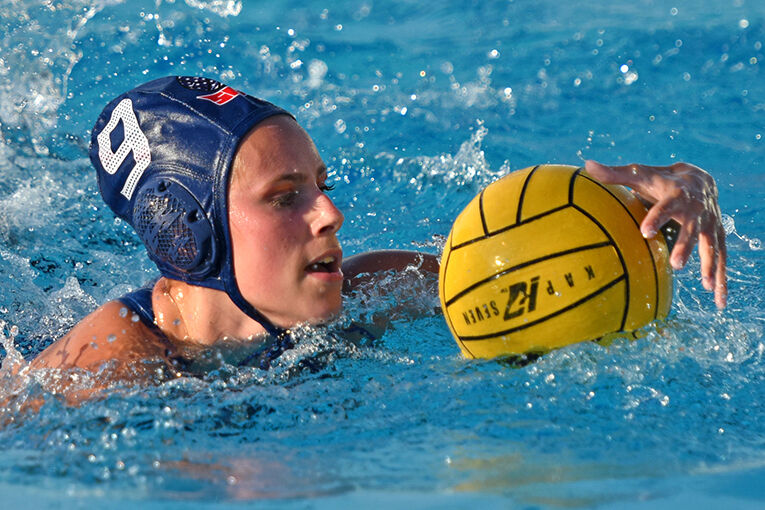 Cemo enters her fourth and final Strathmore High School season as a captain once again.

Cemo enters her fourth and final Strathmore High School season as a captain once again.

The stress over where she’ll spend the next four years is finally over for Paulina Cemo.

On Thursday, the Strathmore High School water polo player signed a letter of intent to play women’s water polo for Biola University in its inaugural 2021-22 season.

“It feels a lot better because I was going back and forth between all (four) of the schools a lot, so now that I finally said, OK, that’s what I’m going to do, it feels so much better, and I can just focus on finishing high school,” she said.

At Biola, Cemo plans to major in psychology and later get a law degree to become a criminal attorney. Her new school will be a private Christian university in La Mirada — 20 minutes from Disneyland.

On choosing Biola, Cemo added, “I chose Biola because it’s religious-based and I’m a religious person. And I also liked that it’s a new team, so I’d be starting something, and it’d be a time where people would be like, ‘That’s new. That’s cool.’ And I wanted to be a part of that.”

The Eagles are an NCAA Division II program led by head coach Sarah Orozco, who was a national champion water polo player with UCLA when she played for the Bruins from 2008-2012.

Since she began playing varsity water polo for the Spartans as a freshman, Cemo’s always been one of the team’s bright spots as both a player and leader.

Cemo’s list of accomplishments with Spartans is extensive. For both her sophomore and junior years, Cemo earned All-East Sequoia League first-team honors, was selected team captain and named the team’s MVP. She also received the team’s Outstanding Offense Award her sophomore season, while in her freshman year, she was an All-ESL honorable mention and received the Coach’s Award.

“It’s been really good,” Cemo said about her time with Strathmore. “My freshman year, we were really loaded with seniors. So as soon as that year was over, it was like me and one other junior that was on the varsity team. So it was a big switch from freshman year to my sophomore year, but as years have progressed, we’ve gotten back up to where we were my freshman year.”

But even with all of Cemo’s awards and accomplishments, it is seeing her team continue to get better every season that she’s enjoyed the most.

“We played at an Exeter tournament (summer before junior year), and Exeter is really good compared to us, and we only lost by one,” Cemo said when sharing her favorite moment as a Spartan. “I thought that was really great for us, and I was really happy.”

With just one year left as a Spartan, it’s Cemo’s leadership and team-focus that the team will miss the most next season.

“Just her presence at practice every day,” coach Newkirk said. “Telling the kids what to do, getting the rest of the team into the pool, and doing the little things that a captain is required to do.”

However, Newkirk knows Cemo will bring a strong willpower and dedication to her new team. “The will to win, the will to try to be her best. And dedication. She’ll be there every day before anybody else will,” he said.

Cemo will likely be Biola’s only left-handed player, but she won’t be the only player from the area there. Two other local players and teammates from her Exeter Water Polo Club team -- Ava LoBue (Monache ‘21) and Samantha Rainey (Porterville ‘19) -- signed to play for the Eagles in November. With familiar faces on the team, Cemo believes things may go smoother.

“I think it’ll be easier because I already know their playing styles since I played with them for a while,” she said. “So I think that’ll really help us, and maybe we can incorporate (our playing styles) with other people.”

Although she still has one more season left with the Spartans, Cemo is already looking forward to the collegiate level and the experiences it will bring.

“I honestly hope it’s a lot different,” she said. “Like I had a great high school experience, but I just kind of want something different, something new.”