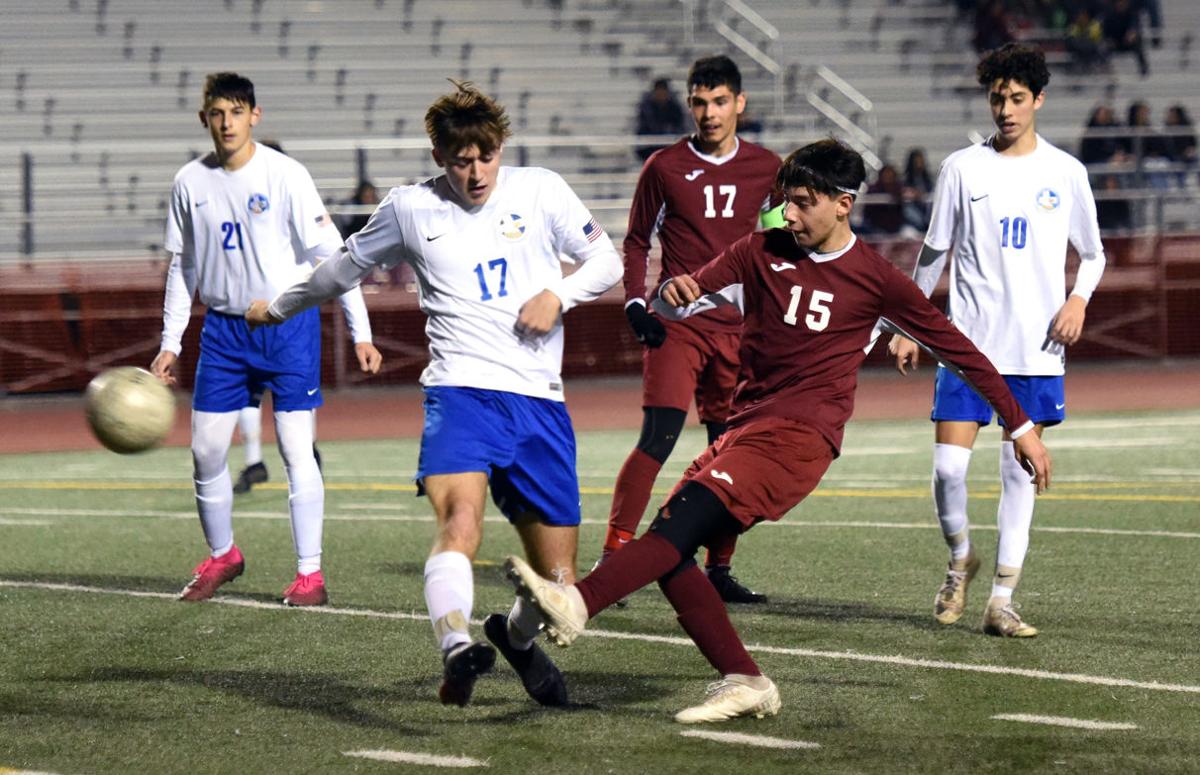 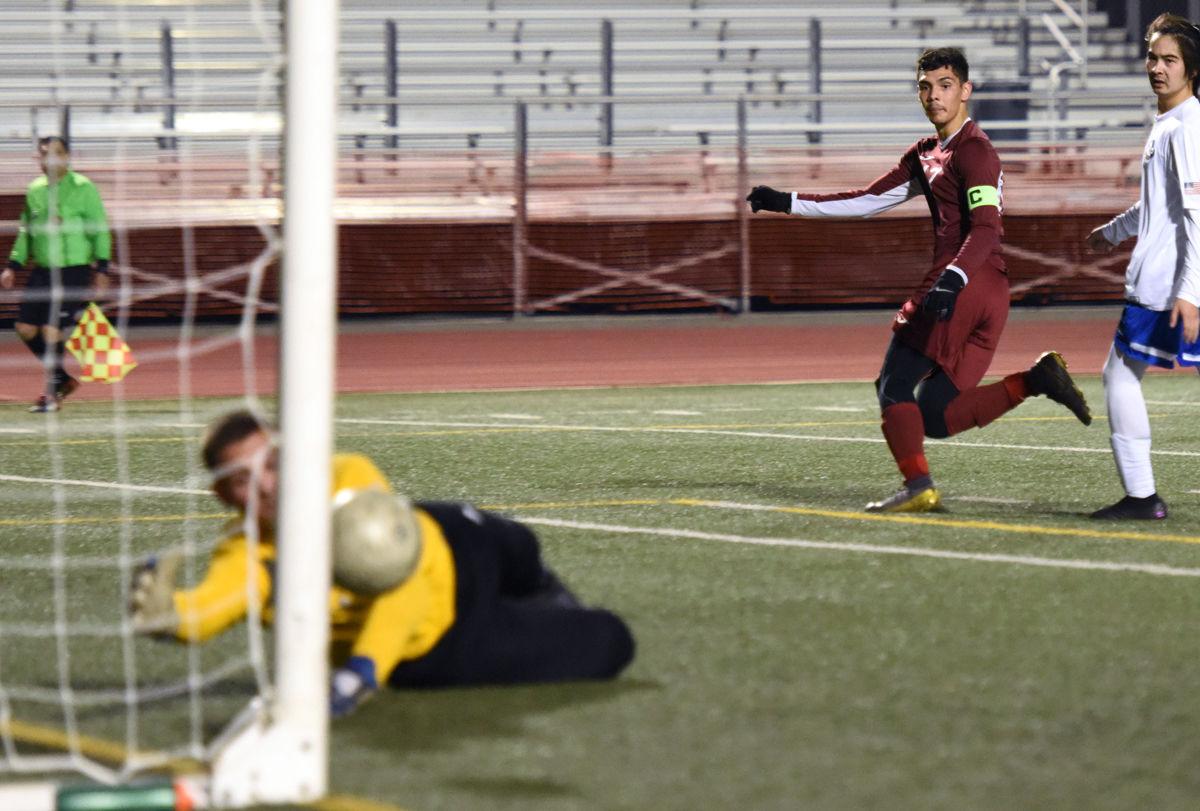 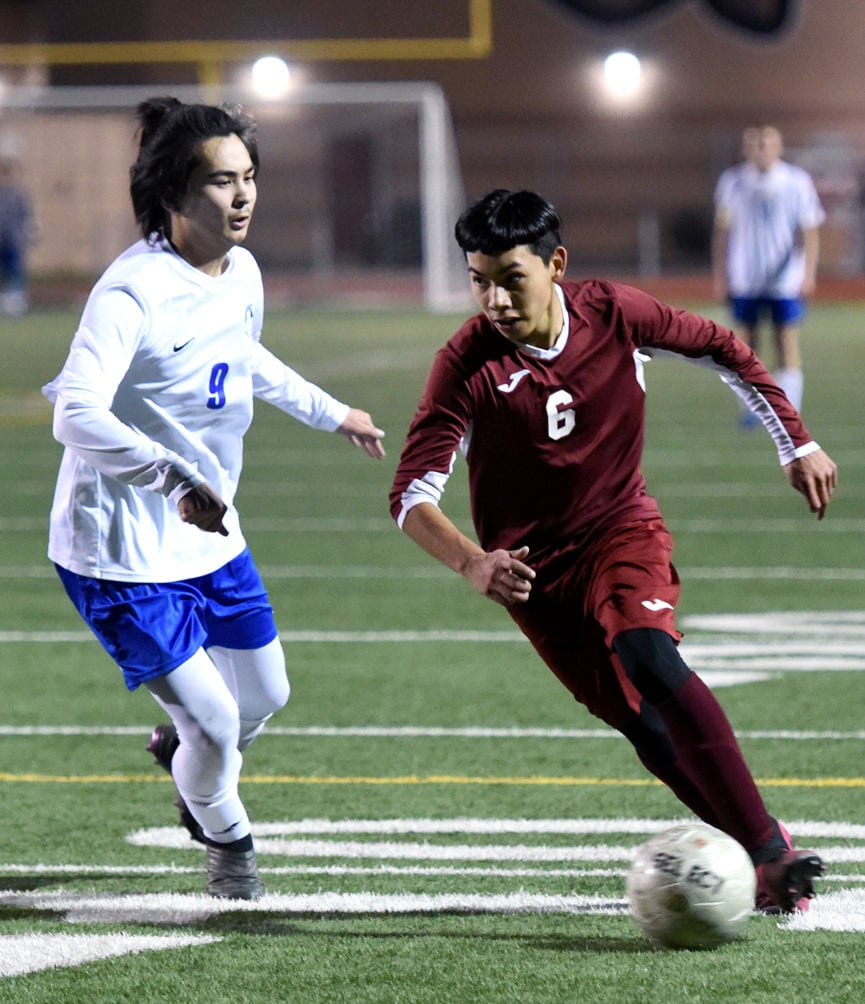 It was less about revenge and more so about playing the way they knew they could in Thursday's 11-0 quarterfinal thrashing of eighth-seeded Bakersfield Christian High School at Jacob Rankin Stadium.

Last season, the Eagles came to the top-seeded Grizzlies of Granite Hills (18-4-2) home field and upset them 2-1 in the quarterfinals of the CIF Central Section Division VI playoffs.

On paper, Thursday's matchup mirrored the same situation, with Granite coming off an opening round-bye to start their defense of the No. 1 seed against Bakersfield. But this year things went much differently behind a well-balanced, talented Grizzlies team.

“It was amazing,” GHHS striker Salud Magana said. “We weren't expecting so much goals but we did it. So proud of the boys that we made it to here.”

In the first seven minutes, Granite (18-4-2) led 3-0 with goals by Daniel Ruiz, Ricardo Herrera and Jonathan Carranza, respectively. Herrera led the team with three goals for a hat trick while Ruiz and Magana had two goals apiece. Alder Morales and Carlos Jimenez scored a goal each while the Eagles also tallied an own goal in the second half.

“I just told the kids we have to put pressure since the beginning because they only have one player. No. 10, that's the one they move the ball around,” GHHS head coach Pedro Gonzalez. “If we don't give a chance to him to move the ball around, and put pressure to him, we take (pressure off us). So that's what I tell them. Keep pressure, keep pressure, keep pressure. And then we make the results right away. This is what we practiced the last two, three days.”

One of the best parts about the Grizzlies' play was how flawlessly they worked together. Substitutes and players recently brought up from the junior varsity team came in for starters almost seamlessly and kept the Eagles (2-14-1) scoreless.

“These kids, I mean they have skills,” Gonzalez said. “I know a lot about it because we're working hard. Some teams they don't click in. You see, we put the JV's in and some of the players that didn't play the whole season, and I don't see the difference. They keep pressure, they play the same way. This what I want for this program. No matter who go in, keep playing the same level. And I think finally they kick in, they play a good game.”

The Grizzlies led 7-0 at halftime with the final two goals of the half coming off the foot of Magana. A junior captain who was on the team last season, Magana was at a loss of words for what it meant to him to score against Bakersfield.

On Wednesday, Feb. 19, the Grizzlies host fifth-seeded Robert F. Kennedy (2-12-1) in a semifinal game. The two teams met earlier this season with Granite coming out the winner with an 8-0 victory. Between that win and Thursday's it'll be on Gonzalez to keep his team levelheaded going into another matchup with the Thunderbirds.

“First I have to take out of these kids' mind, what we do today, in regards to score,” Gonzalez said. “And concentrate for the next one. Start working Monday.”