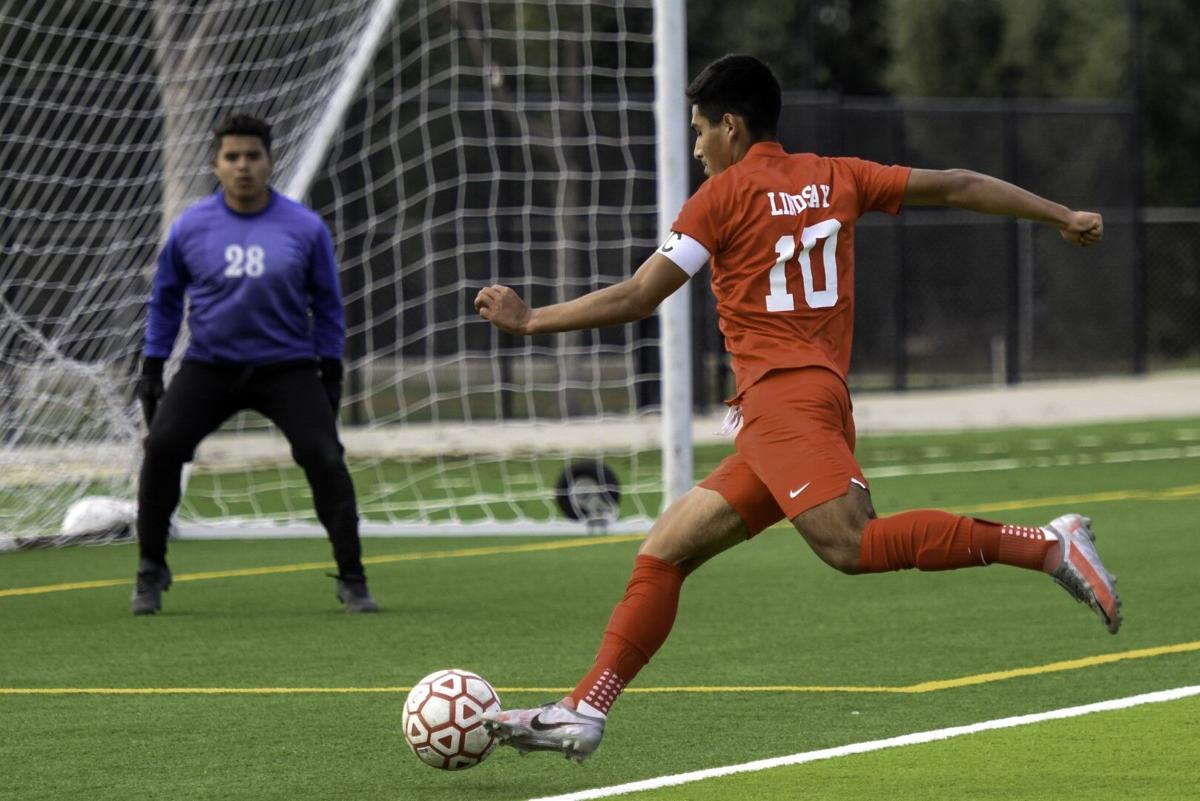 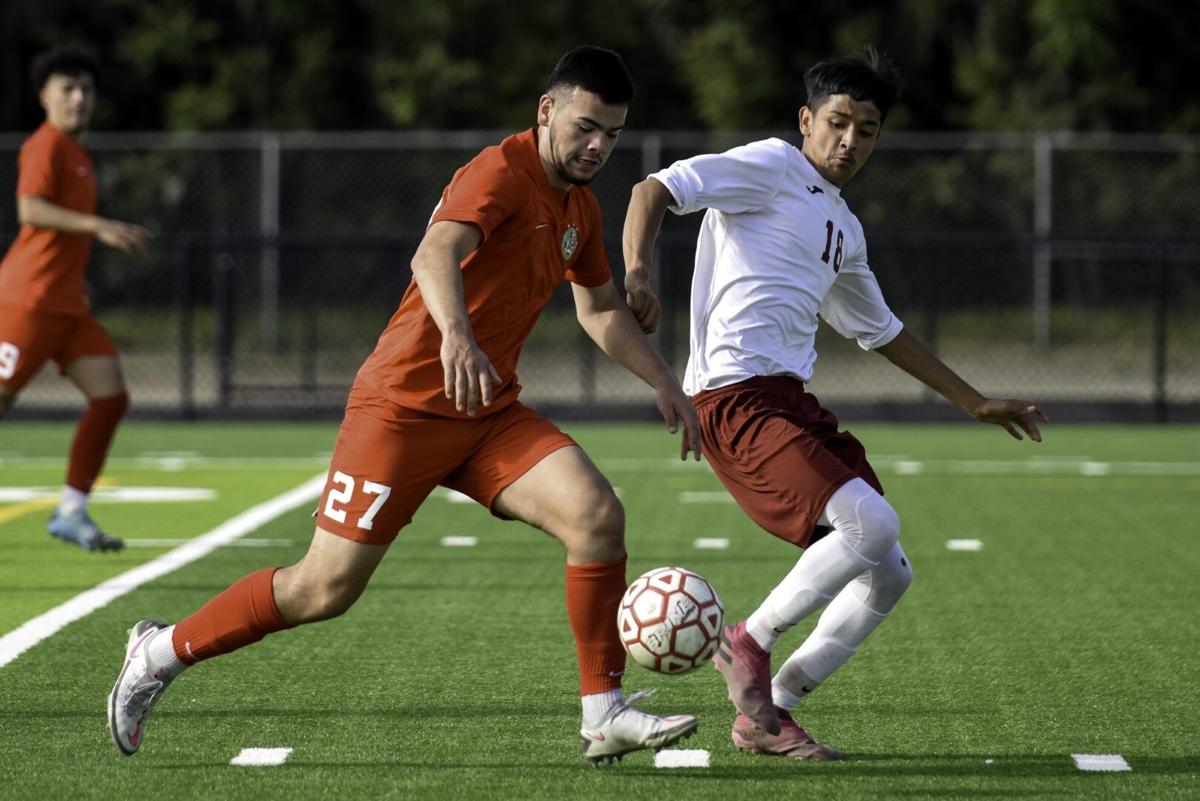 Tony Godoy wanted to make a statement and the Lindsay High School boys soccer team did just that.

Lindsay took an early 1-0 lead with a goal by Emiliano Corona in the 13th minute. But a red card given to Granite Hills’ top goal scorer, Salud Magana, for cursing three minutes later put the Grizzlies a man down for the rest of the match.

Even with the advantage and the lead, Godoy and the Cardinals refused to sit back and instead gave it their all.

“It was great because the beautiful thing about playing in league is that you play everybody twice and you try not to give the other team momentum going into the second game,” Godoy said. “So we didn’t want them to think that they only lost to us because of a red card. We wanted to make an emphatic statement. I told the guys at half, ‘We need to beat these guys by six, seven, eight goals.’”

Lindsay led 3-0 at the half thanks to a penalty kick by Corona and a free kick from Daniel Perez. Corona, recorded his fifth game with two or more goals and scored his third goal in the second half. Perez and Corona also had two assists apiece and played key roles in the win.

“(Corona) and Daniel Perez are the rock,” Godoy said. “Like if I take one of them out, they’re so important to the team, I think we wouldn’t be as organized because their IQ is so high.”

With the lead, the Cardinals were also able to do more with their bench and try other players out in different positions.

"Chris Macias usually plays up top and him and Daniel Perez have been just killing in practice," Godoy said. "They have such good chemistry, so I dropped Chris in the middle and you could see, those guys are incredible. Their touch, kind of reminds me of when we had Marcos (Ceballos) and Moises (Betancourt) back there."

Godoy added, "They played great. And to see them go all out, 100% the whole game, was great to see regardless of changing positions."

In the second half, Andres Lemus scored two goals while Ulysses Godoy and Jorge Quintero also scored a goal each. Quintero, Hector Lopez and Iker Miguel also had an assist.

“They beat us,” GHHS head coach Pedro Gonzalez said. “They beat us. I think if we (are) 11 players in the field, probably going to be a little bit different. But that’s not excuse. We have to learn to play with 10 players.”

Gonzalez added that he hoped Magana, who will miss one game for the red card, will learn from the experience and the team can move forward. Granite hosts Monache tonight but are looking forward to facing Lindsay again.

“Soccer, they give you a lot of revenge,” Gonzalez said. So I hope next game at home, we play different and these guys, they understand that they have to win the game.”

Lindsay is back in action Tuesday, April 12, when they travel to defending ESL champion Farmersville (8-2, 3-0 ESL). The Aztecs are currently the top team in the ESL and have only allowed one goal in league.

Godoy said the team has double the motivation to get the win since the Aztecs ended Lindsay’s eight-year reign atop the ESL and also won the Champions Cup last year.

“I don’t want anything to slip away from us because it’s bad enough that we had that blunder against Sierra Pacific, now -- Farmersville has the upper-hand,” Godoy said. “I can’t wait til Tuesday.”