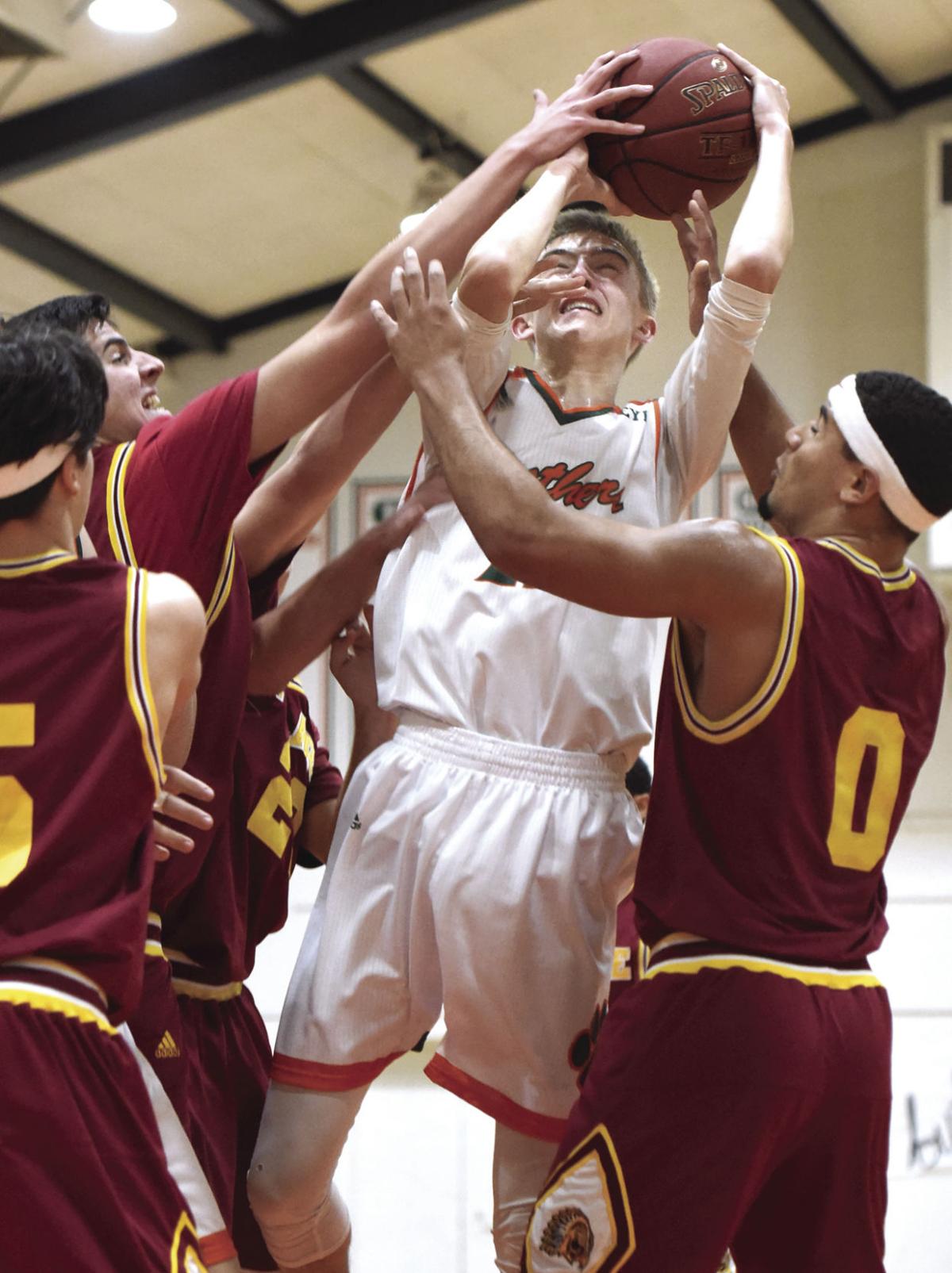 \Porterville High School’s Dane Odsather battles under the net to take a shot Thursday, Jan. 10, during the first half of a game against Tulare Union High School at Porterville. 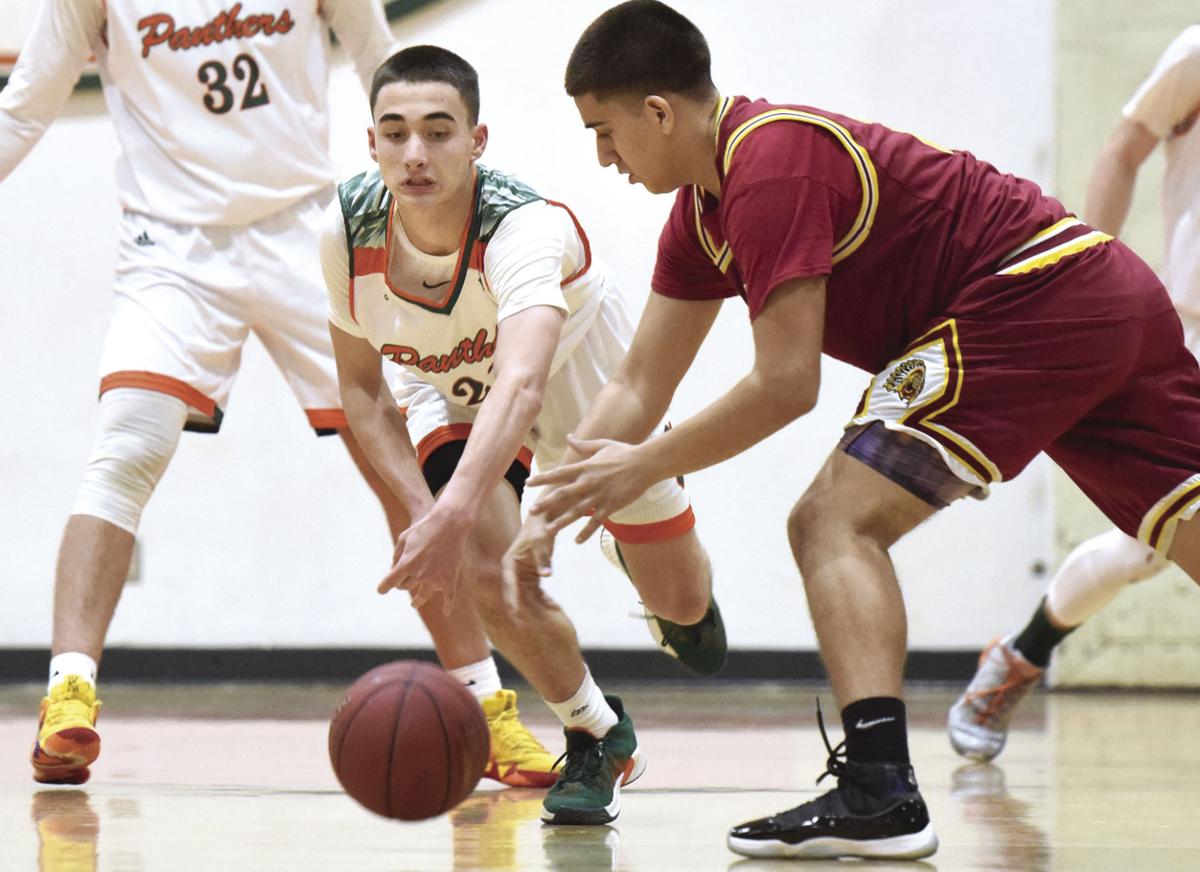 Porterville High School's C.J. Fish, left, attempts to steal a ball Thursday, Jan. 10, 2019 during the first half of a game against Tulare Union High School at Porterville. 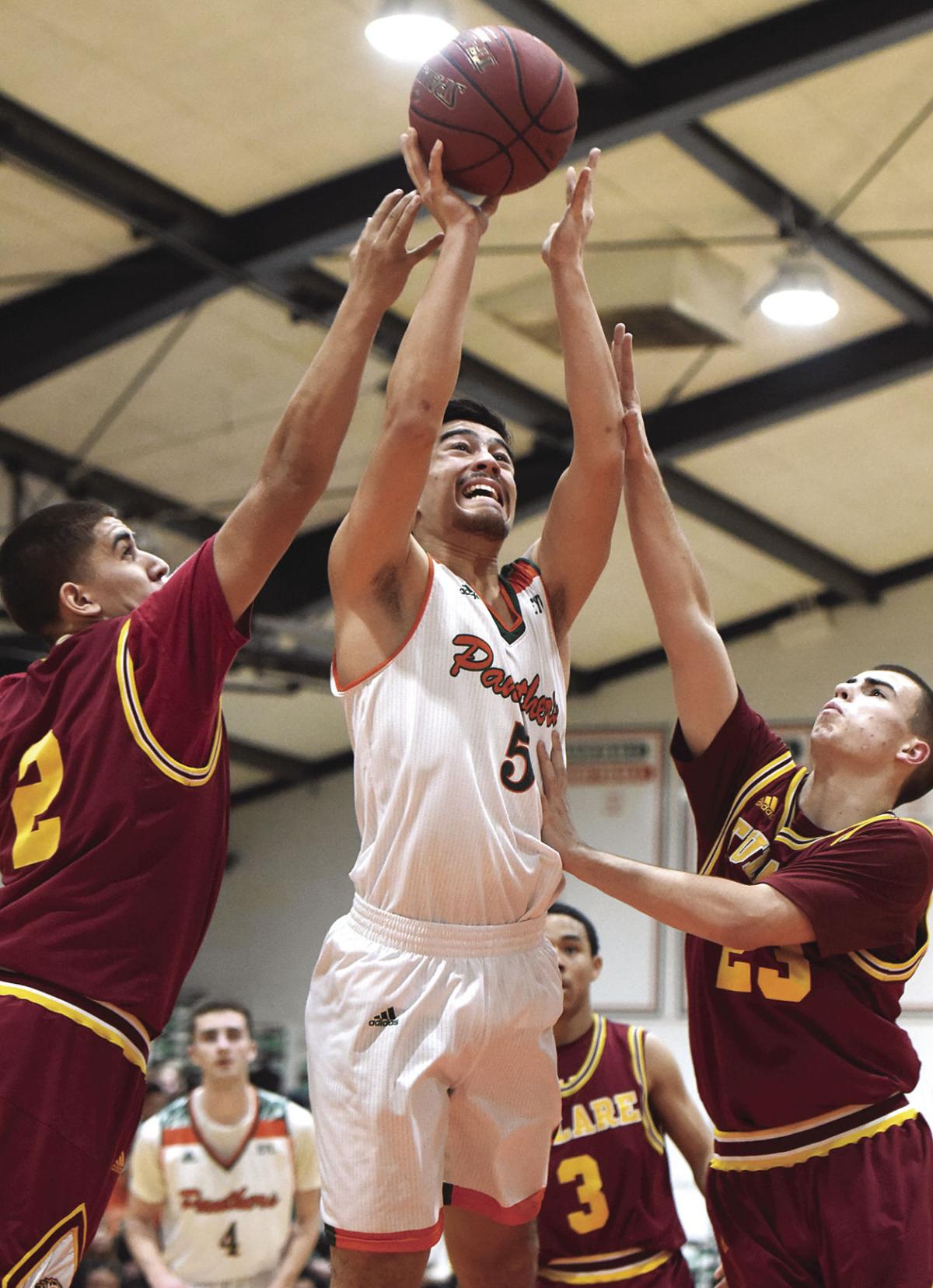 \Porterville High School’s Dane Odsather battles under the net to take a shot Thursday, Jan. 10, during the first half of a game against Tulare Union High School at Porterville.

Porterville High School's C.J. Fish, left, attempts to steal a ball Thursday, Jan. 10, 2019 during the first half of a game against Tulare Union High School at Porterville.

At 6-foot-4, lanky sophomore Dane Odsather, is proving to be a perfect sixth man for the Porterville High School boys basketball team.

Coming off the bench midway through the first quarter of Thursday’s East Yosemite League game against Tulare Union (3-18, 0-3 EYL), Odsather had an immediate impact and scored seconds later after checking in. He went on to finish with a game-high 13 points — all in the first quarter at Bill Sharman Gymnasium.

“Dane can score the basketball,” PHS head coach Lance Wallace said. “And I mean you can just see his confidence level grow and grow as the season goes along. He’s our sixth man off the bench, he comes in, he’s like a microwave — he gives us instant offense. His confidence is getting bigger and bigger. Once his body catches up with his head, he’s going to be a mess to be handle for other teams.”

After one lead change in the first quarter, the Panthers (15-5, 3-0 EYL) were able to pull away from the Tribe in the second and go into halftime up 31-17. The rest of the game continued in that fashion but from the second quarter on, it was more than just Odsather giving Union problems.

The Tribe had to move away from a zone defense by the second half after realizing that the Panthers had multiple 3-point shooters. Seniors C.J. Fish, Kaden Ramage and Gabriel Surita, as well as Odsather, all knocked down treys for Porterville.

But even with a switch to man-to-man defense, Porterville’s unselfish style of play allowed all players to contribute. Fish, Surita, Odsather, and senior Jesse Hernandez all did a good job of distributing the ball while junior Jose Tapia came through when his name was called. Tapia came off the bench, rebounded the ball well and finished with 10 points.

Porterville senior Jacob Daguman attacked the basket well and finished with nine points. Surita had two three’s and totaled eight points. Nine of the Panthers’ 13 players scored but every player had a hand in either getting a steal, an assist or a rebound.

The win moves Porterville to a six-game winning streak while keeping them undefeated in EYL alongside rival and defending EYL champion, Monache (10-9, 2-0 EYL). The two meet next week in a 6 p.m. game at Monache on Friday, Jan. 18.

Ranked fourth in the CIF Central Section Div. II standings according to MaxPreps.com, Porterville will first take on Delano (5-13, 1-1 EYL) Wednesday, Jan. 16, at home before their rivalry showdown.

“When we started the 10-game EYL season I told them it was going to take 10 special nights,” Wallace said. “We’re done with three of them. Seven more to go, so we’ll see what happens.”