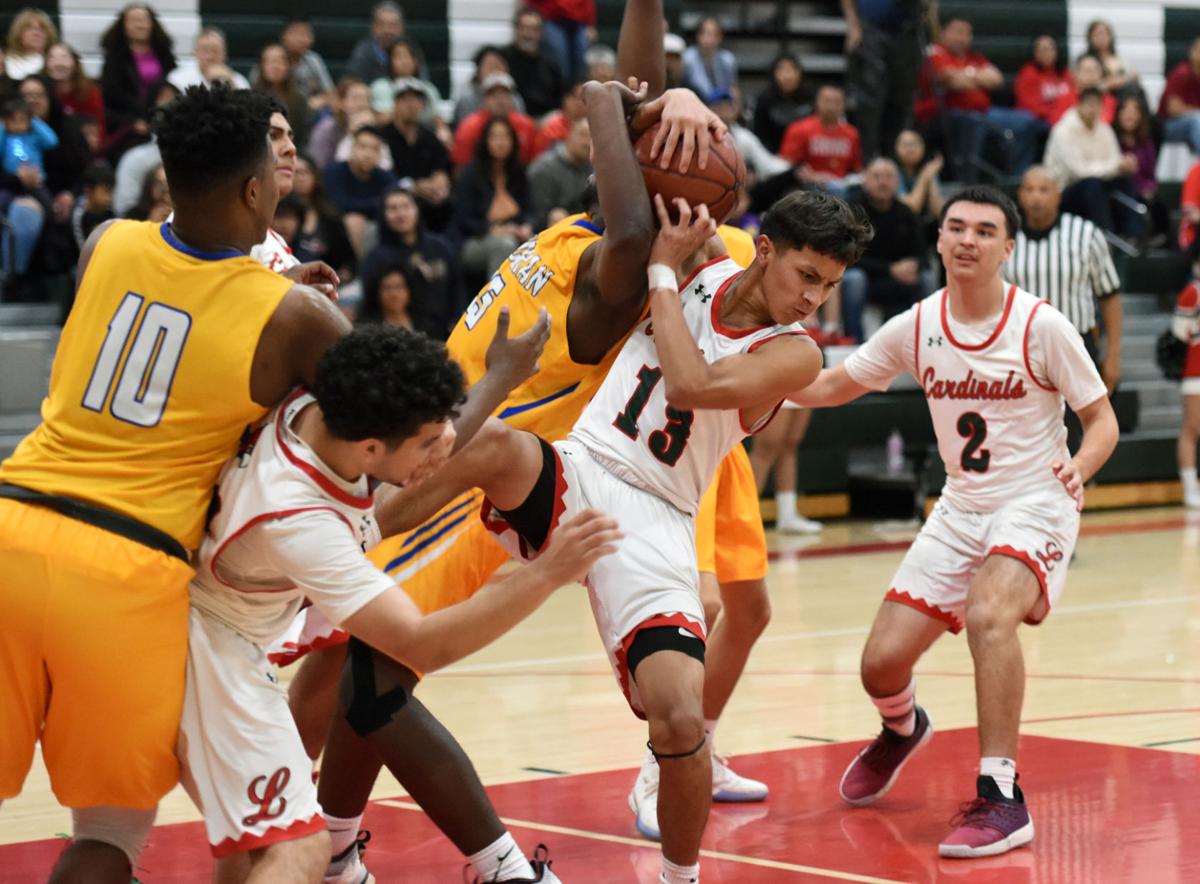 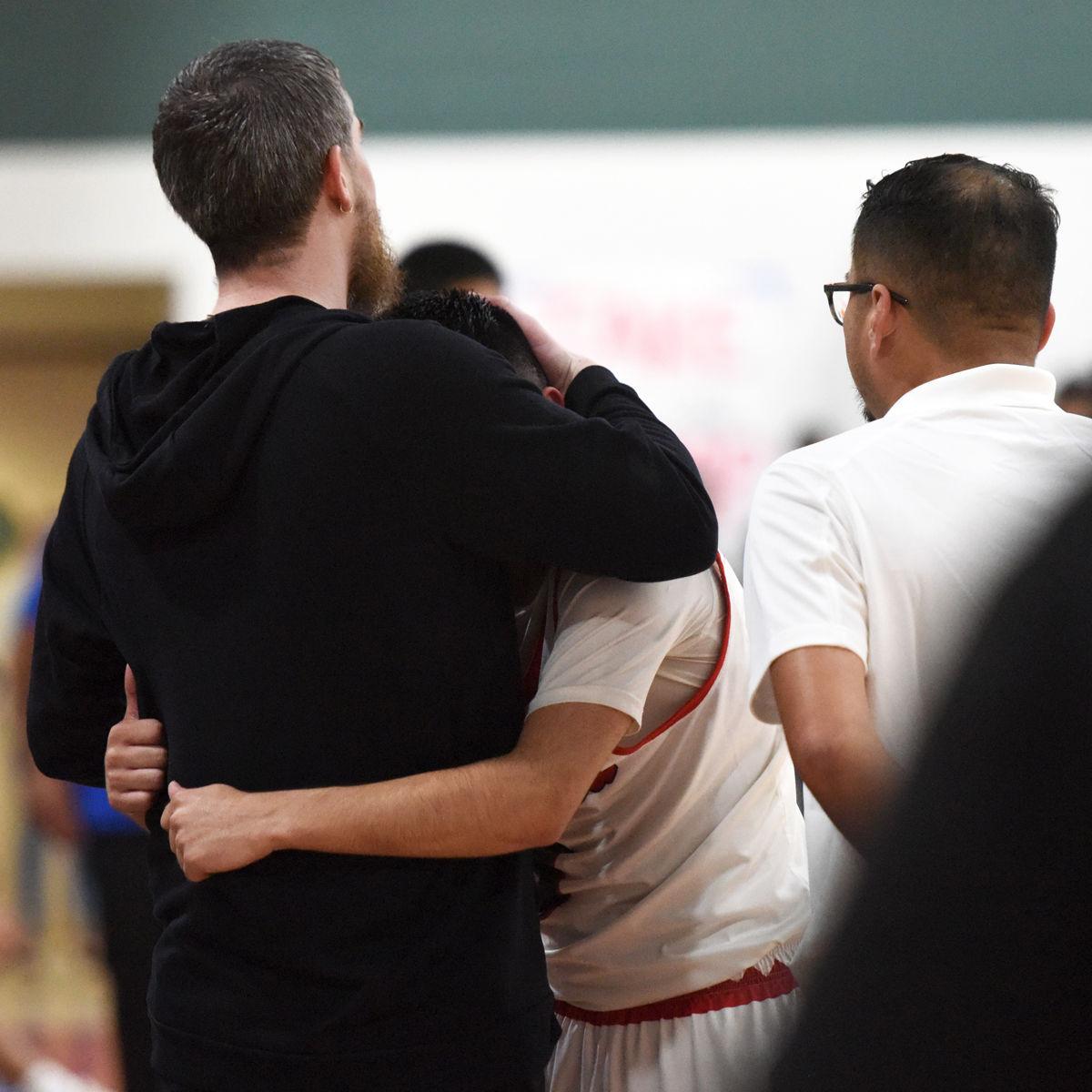 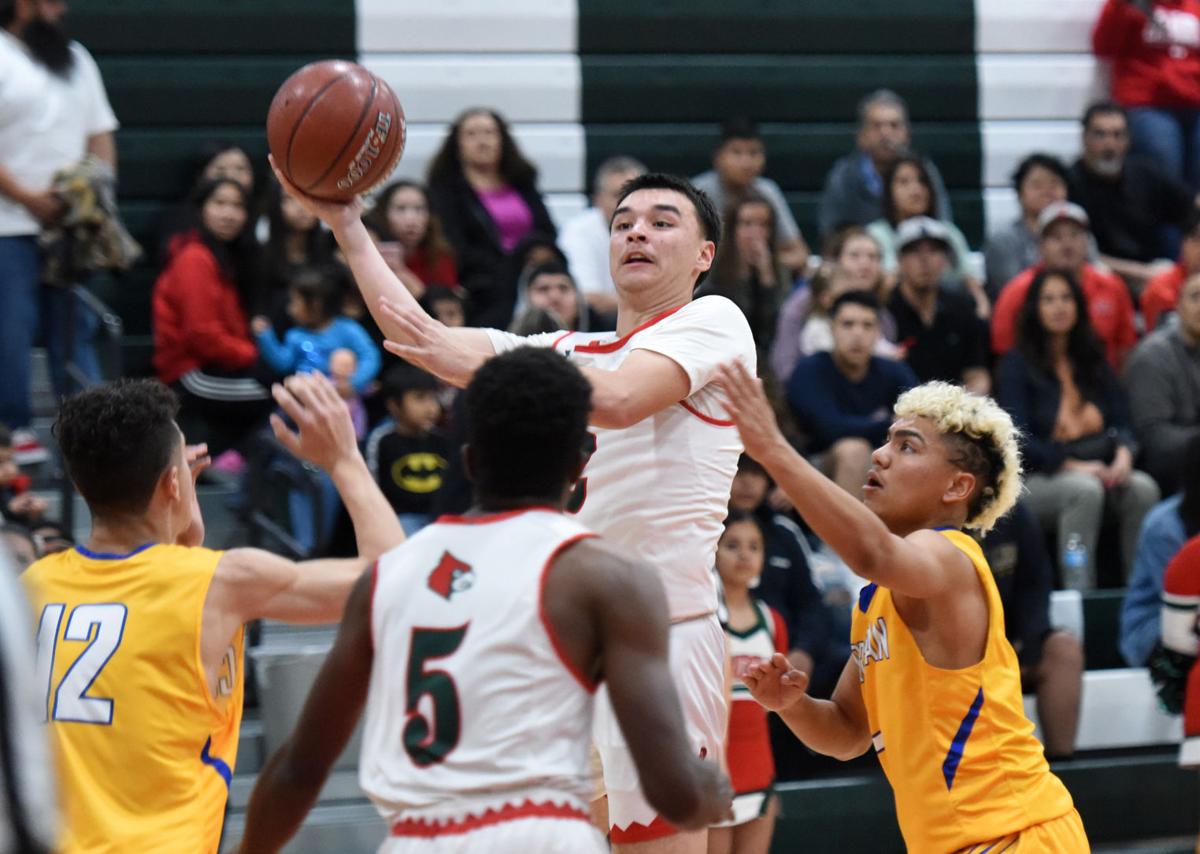 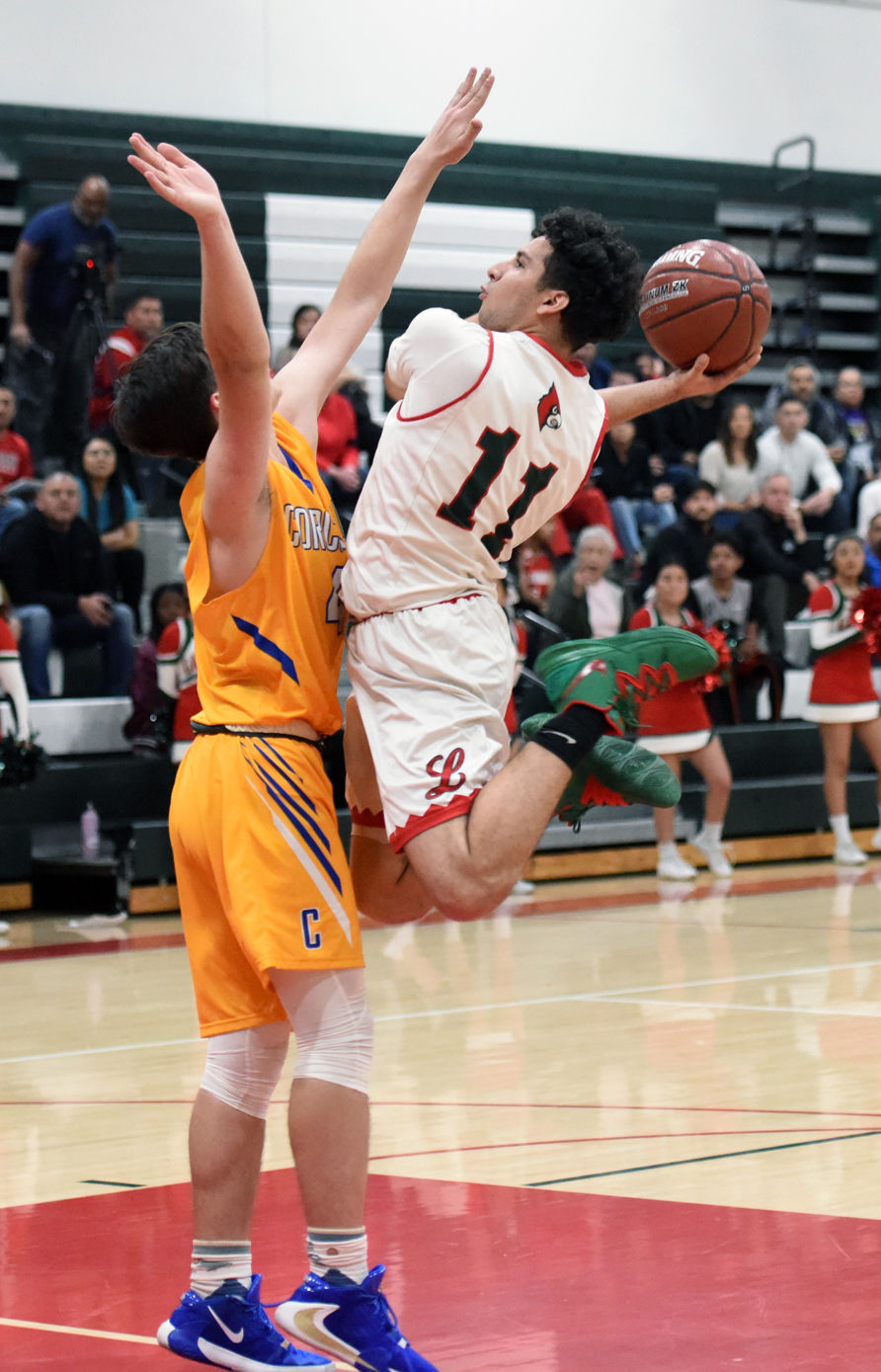 The whirlwind, turnaround season that saw Lindsay High School boys basketball climb to the top of the East Sequoia League and Division V, came to an end Thursday in the playoffs.

It was an emotional loss for a team that returned six players from last year’s group that went 3-25. Led by seniors Issac Munoz and Mohamed “Moe” Kourain this season, the Cardinals (21-9, 9-3 ESL) tied for second in the ESL and earned home games for their first two playoff games.

“They came back with the right attitude, they turned it around,” LHS head coach Frank Morin said. “And I’m so proud of our seniors. They’ve invested summers and offseasons, and they just worked hard.”

But against the ESL champion Panthers, the Cardinals were without Kourain, who was sidelined with the flu. The loss hit Lindsay hard, with Kourain being one of their key players that could hit big shots and spread the floor with Munoz.

“He averages 14 points a game for us so there was a key swing … couple times I looked at that scoreboard and knew 14 points,” Morin said. “But we’ve been deep enough and fortunate enough to have guys step up in the past, so we were hoping at home — that’s what we tried so hard for that home court advantage, hoping somebody would play superhero powers and step up. And that just didn’t happen tonight.”

Lindsay trailed 11-4 after the first quarter but cut Corcoran’s lead to 17-13 with nine points from Sebastian Madrigal and Julian Avalos. Avalos finished with a team-high nine points while Munoz contributed seven.

But the Cardinals biggest issue was in the paint where they couldn’t get defensive or offensive rebounds, or make many layups, especially in the second half. They saw Corcoran’s lead stretch to 30-17 by the end of third with Lindsay scoring just four points.

“It was (a) tough loss and we couldn’t get no momento,” Morin said. “The flu hit us and we were sick, and we just didn’t have enough guys on the front lines to get through this battle. And it was just a shame. But we gave our best with the guys we had to go, and it’s part of sports. And we knew there was a chance it was going to end like this. So I’m just proud of our guys and the effort they put in.”

In ESL, Lindsay lost their first game 87-63 to Corcoran but won 60-55 in their second meeting.

The Cardinals will graduate eight seniors, several of whom had major impacts on the team like Munoz.

“He accomplished a lot and his name, you know, he made his mark in our programs for the last couple of years and I’m just really proud of him, and disappointed that it ended like this for him especially,” Morin said.

On his other seniors, Morin added, “Julian, I was really proud of him for playing so hard. And he’s a very emotional player. And Carlos Lemus worked hard into the season and just really became a player over the course of four years and helped us out. Just all the seniors, just really proud and really disappointed how it ended. But losing Moe really hurt us tonight."

“We missed several opportunities in the first half with shots in the paint,” SHS head coach Justin St. Clair said. “That was really the difference in the game. We struggled to finish against their length. Thought we battled for four quarters. Fowler is tough to guard. They have several guys who can score. Our guys competed tonight, tough to win on the road in the playoffs.”

The Spartans finished the season 6-6 in the East Sequoia League and 18-11 overall.