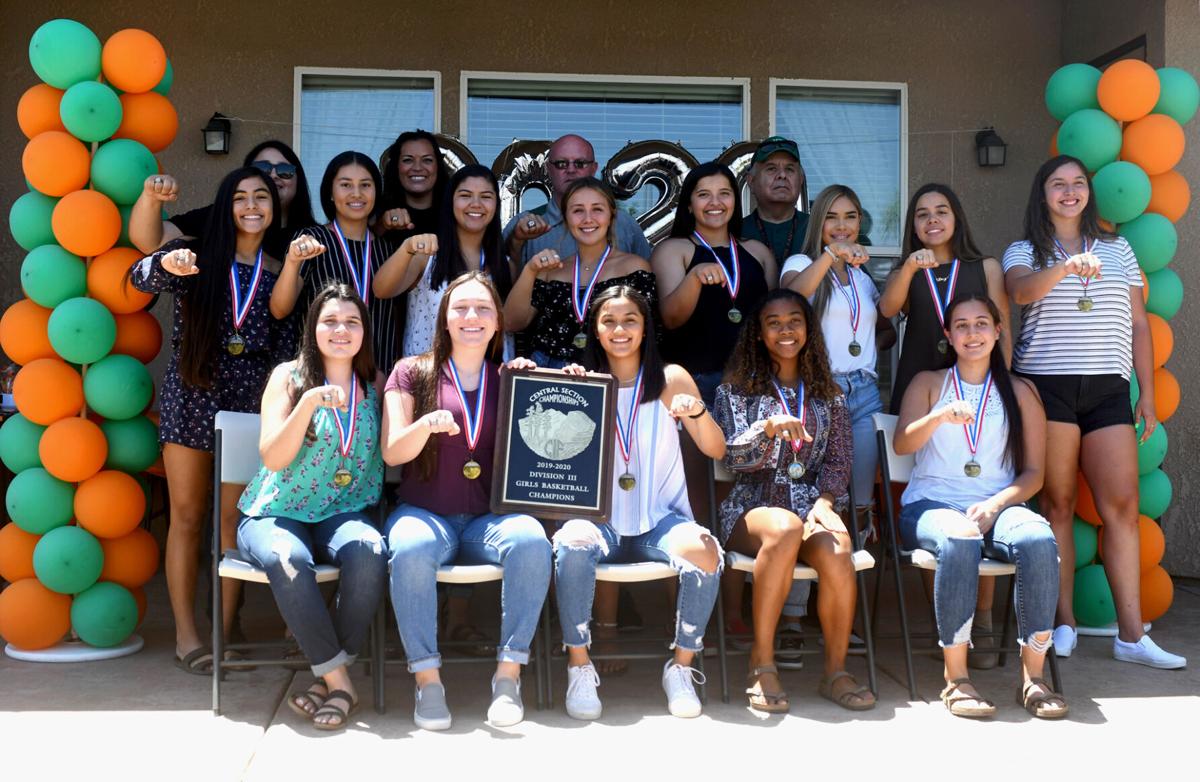 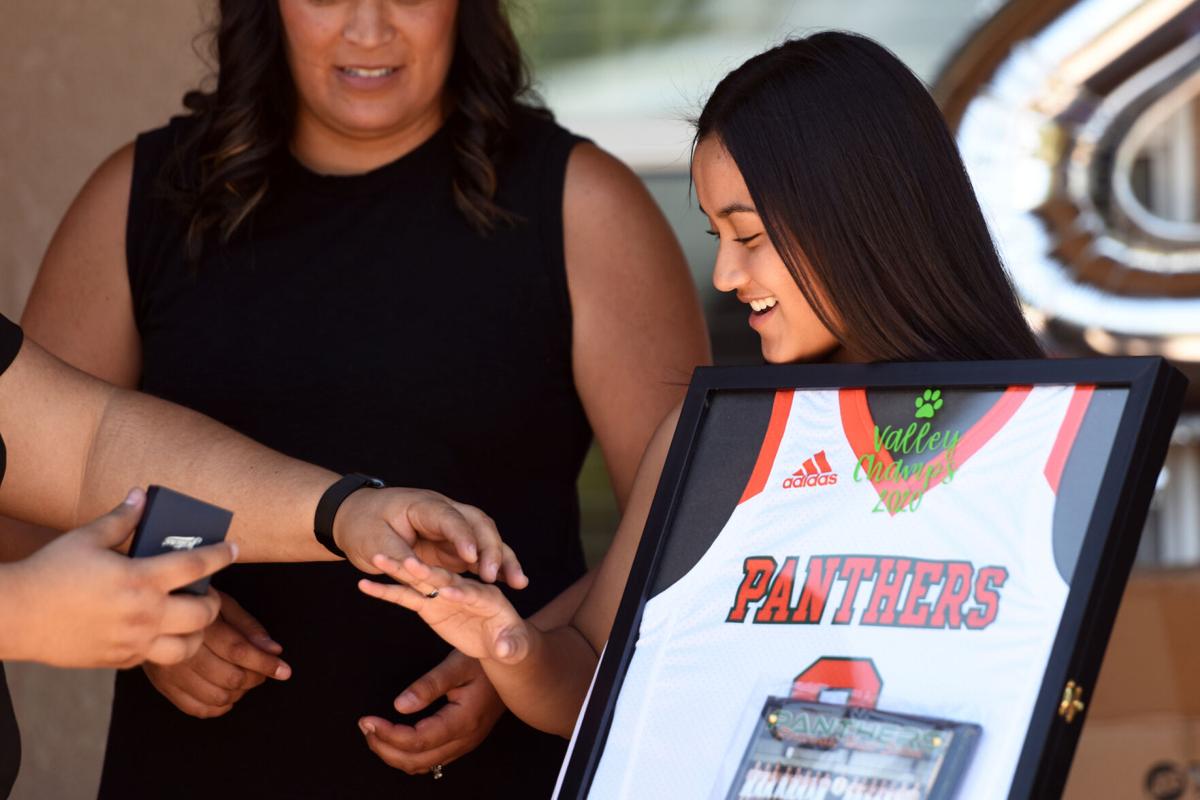 Jada Ortega smiles after her Valley championship ring is placed on her finger, Saturday, June 6, 2020, at an awards lunch in Porterville. Ortega and the Porterville High School girls basketball team won the Central Section Division III Championship in February. 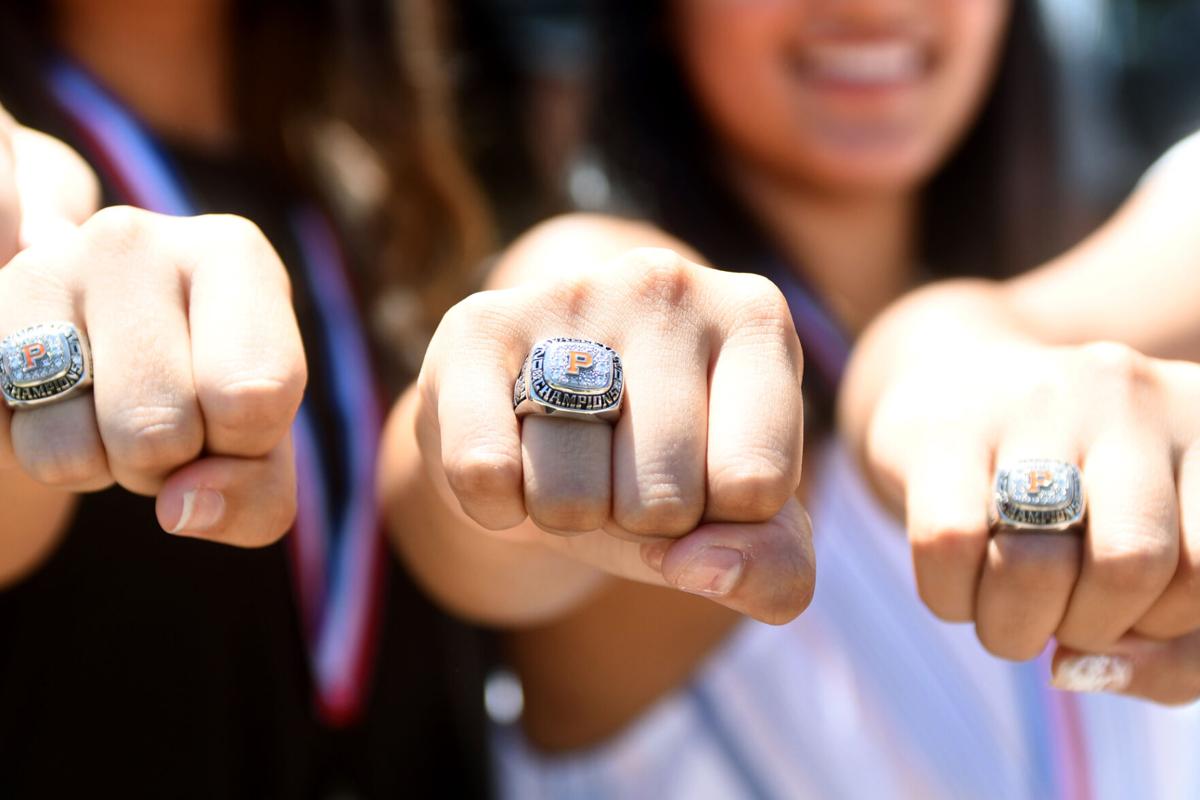 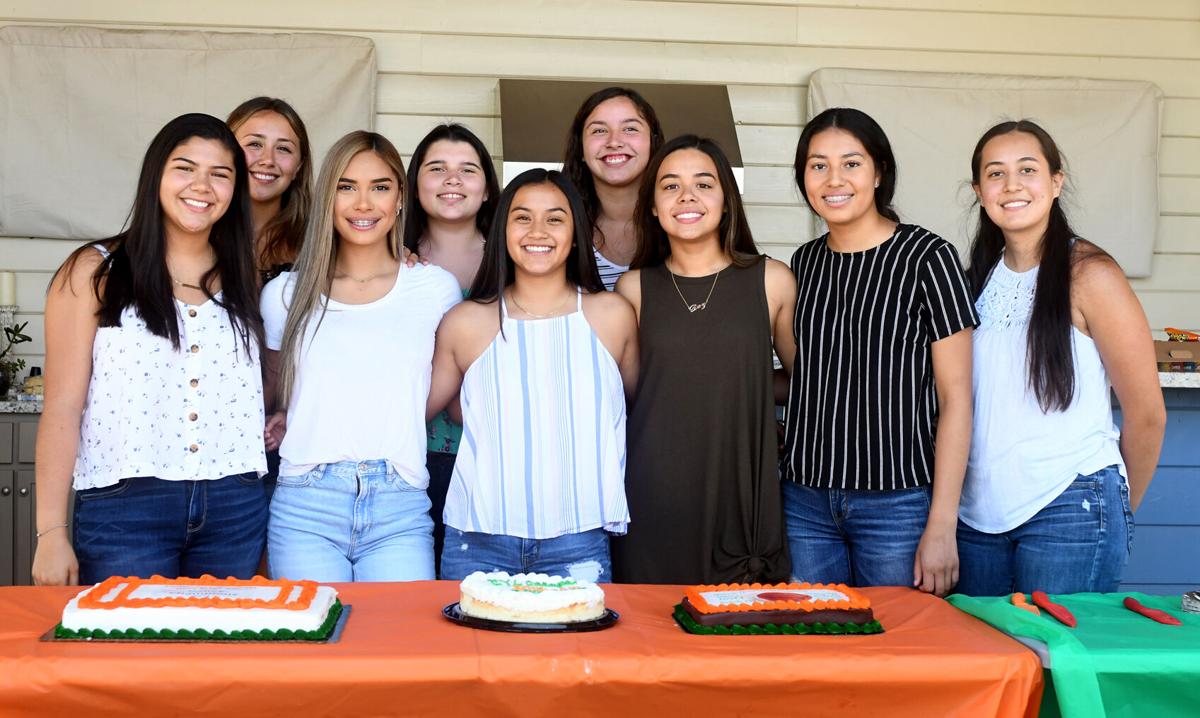 Jada Ortega smiles after her Valley championship ring is placed on her finger, Saturday, June 6, 2020, at an awards lunch in Porterville. Ortega and the Porterville High School girls basketball team won the Central Section Division III Championship in February.

There was plenty of bling on display Saturday afternoon as the Porterville High School girls basketball team received their rings for this year's Valley championship win.

The No. 1 Panthers (31-3) dominated both the East Yosemite League and the CIF Central Section Division III, with their season accomplishments accumulating in a 65-39 Valley title win over No. 2 Arvin (28-5) at Fresno's Selland Arena in February.

Speaking to parents, players and coaches, PHS head coach David Kavern thanked parents for their support, especially in fundraising, and for allowing him to coach without interruption.

Reminiscing about the day of the Valley championship game, Kavern joked about all the bad things that happened before the team was able to finish off as winners.

“I really thought it was going to be a bad day cause when we started that Friday morning, (PHS athletic director) Brian Hill took us all out to breakfast at Black Bear and when I got there, when I got out of my car, I went 'Oh crap. I locked my keys in my truck,'” Kavern said.

In warmups that day, senior Jewelia Maniss sprained her ankle, disrupting a Panthers' starting lineup that rarely changed over the season. Also in the first half of the game, another starter, Madison Johnson, sprained an ankle.

“It's a testimony to how good this team was that we still won by 26 points,” Kavern said.

Co-MVPs for both the EYL and the Panthers were Maniss and Jazlynne Medrano. They were recognized at the award's lunch for their contributions and leadership. The two were both four-year varsity players who scored over 1,000 career points.

Senior Zeila Rivera was also recognized as the team's Most Improved Player, while senior Allison Martinez was recognized for her All-EYL, second-team selection.

Kavern noted that the Panthers' senior class won a total of 100 games in four years, the juniors won 85 in three and the sophomores won 58 in two.

Two cornerstones to the team's future success are sophomores Nseije Ortiz and Madison Johnson, who received their All-EYL, first-team medals Saturday. Ortiz was also named the team's Offensive Player of the Year while Johnson was awarded the Spirit of the Panther.

Next year's varsity team will also be bolstered by members of last year's junior varsity squad that went 21-0 and were led by Coach Mike Hill. Some believe the JV team was good enough to take second or third in the varsity's EYL rankings.

Assistant coach Jennifer Schoonover, who won a Valley title with Porterville in 2003, also spoke to the team and said she looks forward to when her daughter one day plays for the Panthers.

“I hope one day, one of you come back and tell these girls, four or five years later, that this is what we do at Porterville High School,” Schoonover told the players. “We win championships. We win Valley championships. And that's just how we do things.”

Along with winning the Valley title, Porterville won their second-straight, undefeated East Yosemite League title with a perfect 10-0 record.

“When I was talking to the parents, the support, the kids all accepting their roles,” Kavern said. “I'm sure I could've had two or three kids score 20-25 points a game but that's not what I believe. And the kids bought into it.

“Other kids would wait for a coach to call practice and they'd show up. My kids wanted to get better. I think it's evidenced, we had two kids score 1,000 points in their career. Got Madi and Nseije, more than halfway there. The philosophy of team is what I'm most proud about.”