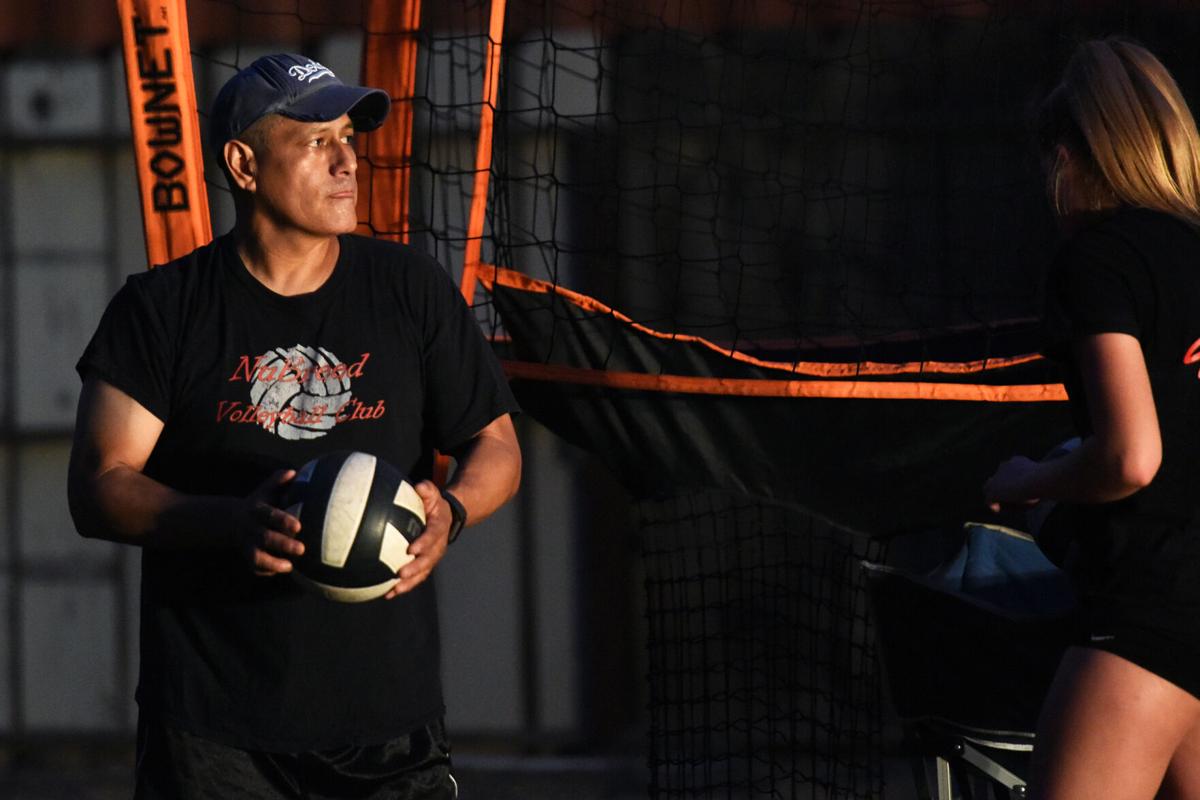 Job Lara, left, gets ready to hit the ball to Kailynn Rios while Jaaci Patterson, right, gets the next ball ready, Tuesday, Sept. 1, 2020, in Lindsay. 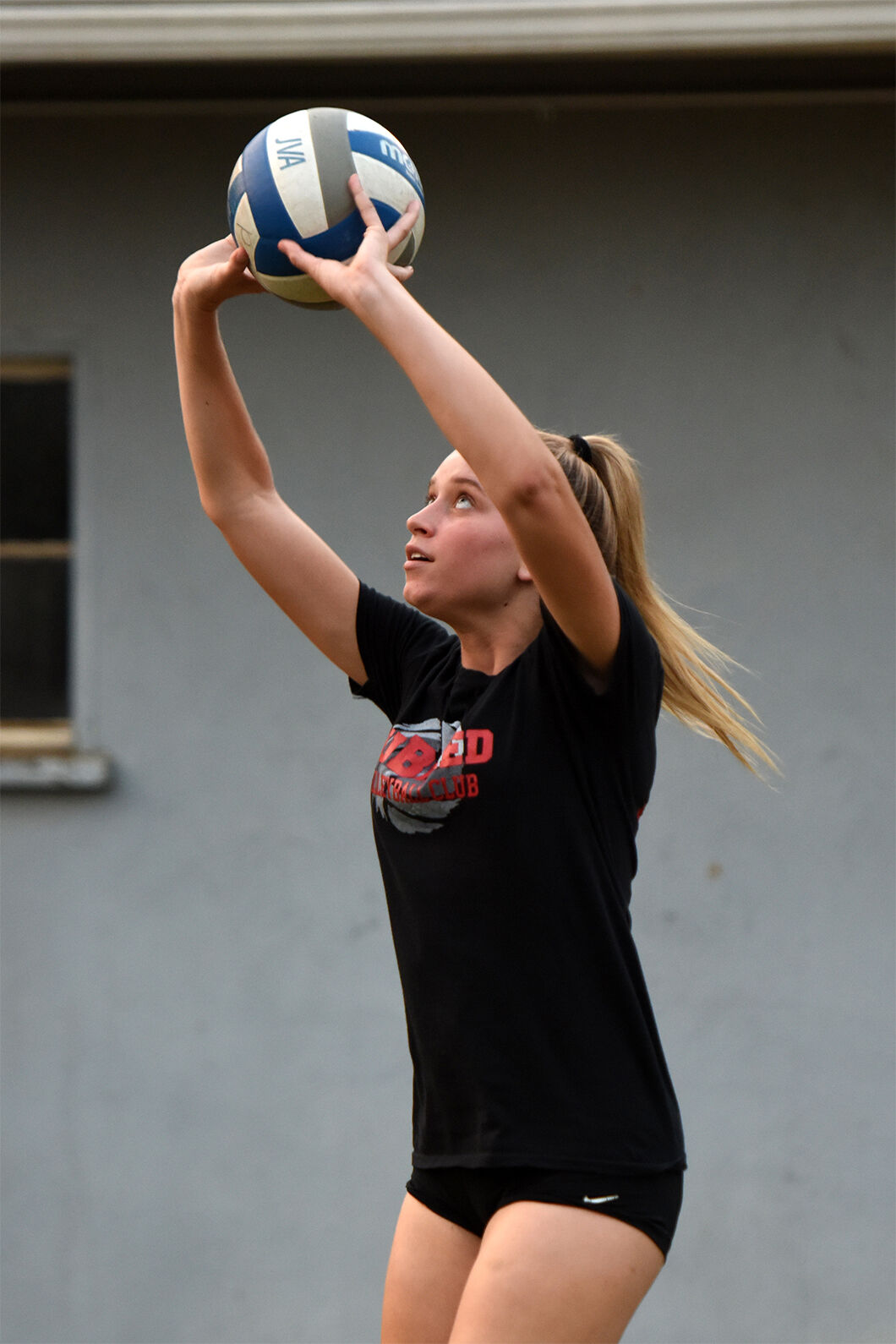 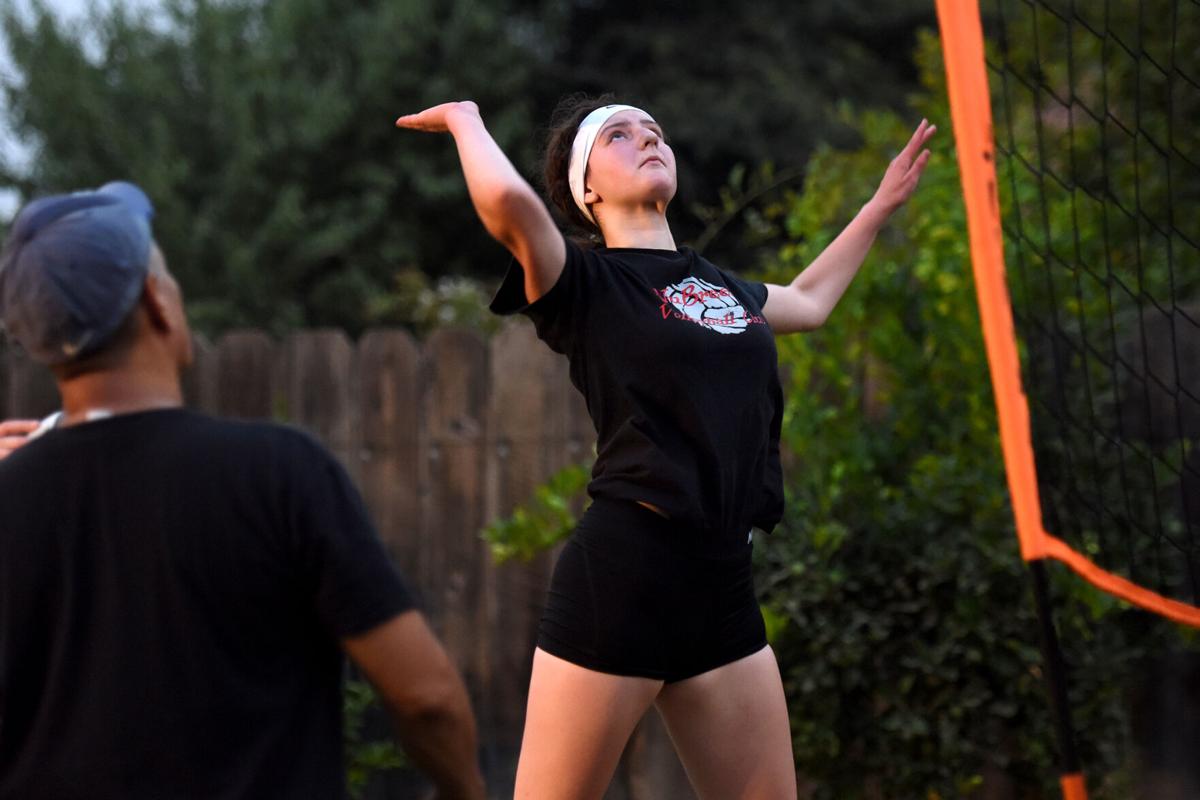 Kailynn Rios keeps her eye on the ball during a hitting drill, Tuesday, Sept. 1, 2020, in Lindsay.

Job Lara, left, gets ready to hit the ball to Kailynn Rios while Jaaci Patterson, right, gets the next ball ready, Tuesday, Sept. 1, 2020, in Lindsay.

Kailynn Rios keeps her eye on the ball during a hitting drill, Tuesday, Sept. 1, 2020, in Lindsay.

Organized sports are on hiatus but there’s still no days off in Job Lara’s backyard.

With over 30 years of volleyball coaching experience, Lara continues to train athletes who are working on their game during this extended offseason. He does so by focusing on fundamentals.

“When you have the fundamentals, then you can be creative,” Lara said. “I share with them how Michael Jordan and some of the greats talk about how they worked on fundamentals all the time, even at their peak, because that allowed them to be great.

Lara, who is also the head volleyball coach at Summit Charter Collegiate Academy, runs the NU Breed Volleyball Club out of McDermont X in Lindsay with his daughter Janá. He’s always trained athletes along with coaching his club teams, but when COVID put a stop to nearly everything, Lara continued the personal training from his home.

Recently, he’s begun working with one football player on his conditioning but a majority of Lara’s athletes are volleyball players from the surrounding areas. Some of them are as young as five while others are in high school or college.

“We’re here for anyone who wants to train, and Janá sets up the schedule,” Lara said. “We have athletes from Porterville, Springville, Tulare, Visalia. From a variety of ages and places.”

Although Lara’s training sessions happen outside he still makes an effort to follow the many safety guidelines put out to guard against COVID.

All athletes are temperature checked and anyone who is sick, or has been exposed to a person with COVID, are not allowed to come. Equipment is regularly sanitized and the players even sanitize during their workouts. There are also only two athletes allowed per session, with a group of three sisters as the exception.

Each of Lara’s sessions are an hour long but because he operates on a fast-paced schedule with short breaks, they are jam-packed with reps that work on setting, passing, defense and more. By doing everything at a fast pace, Lara also keeps the sessions as game-like as possible.

“We’re trying to do as much as we can game-like with what we have,” Lara said. “So it’s all rapid, rapid, rapid. They were doing 30 seconds (of) setting and then they switched. Try to get as many (reps) so they can feel the game. That way when they get into a game situation, they’re moving and setting. And it’s not just not static, it’s dynamic movement.”

Although he’s thankful for this opportunity to continue training his athletes, Lara said he’s still very much missing having actual sports back.

“I’m dying,” Lara said with a laugh. “I’m very fortunate to be out here and so that, kind of satisfies a little bit of the thirst. But I cannot wait to get back with the rest of the athletes, all together. I have a lot of them here but they’re all separate cause they can’t be together yet. So yeah, I’m looking forward to it. Going to be a great reunion.”

For more information about training, contact Coach Lara at 562-413-3444 or  send an email to info@nubreedvbc.org.