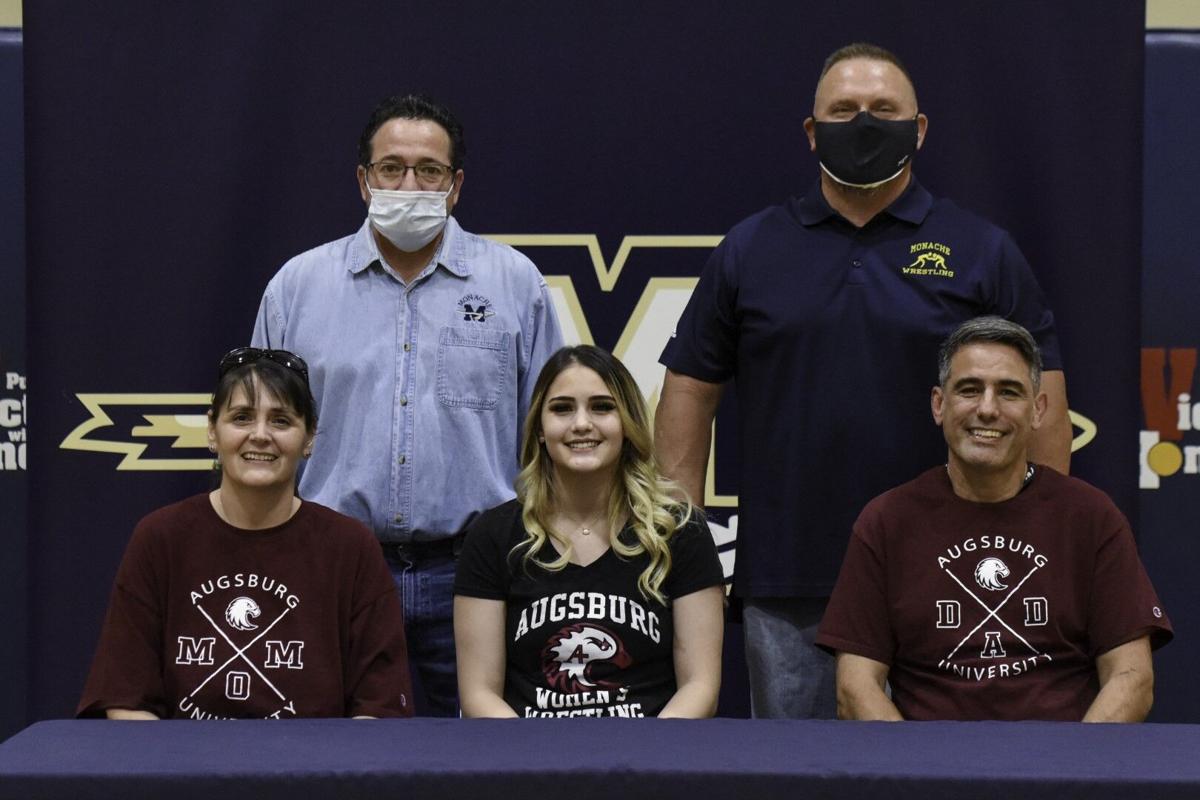 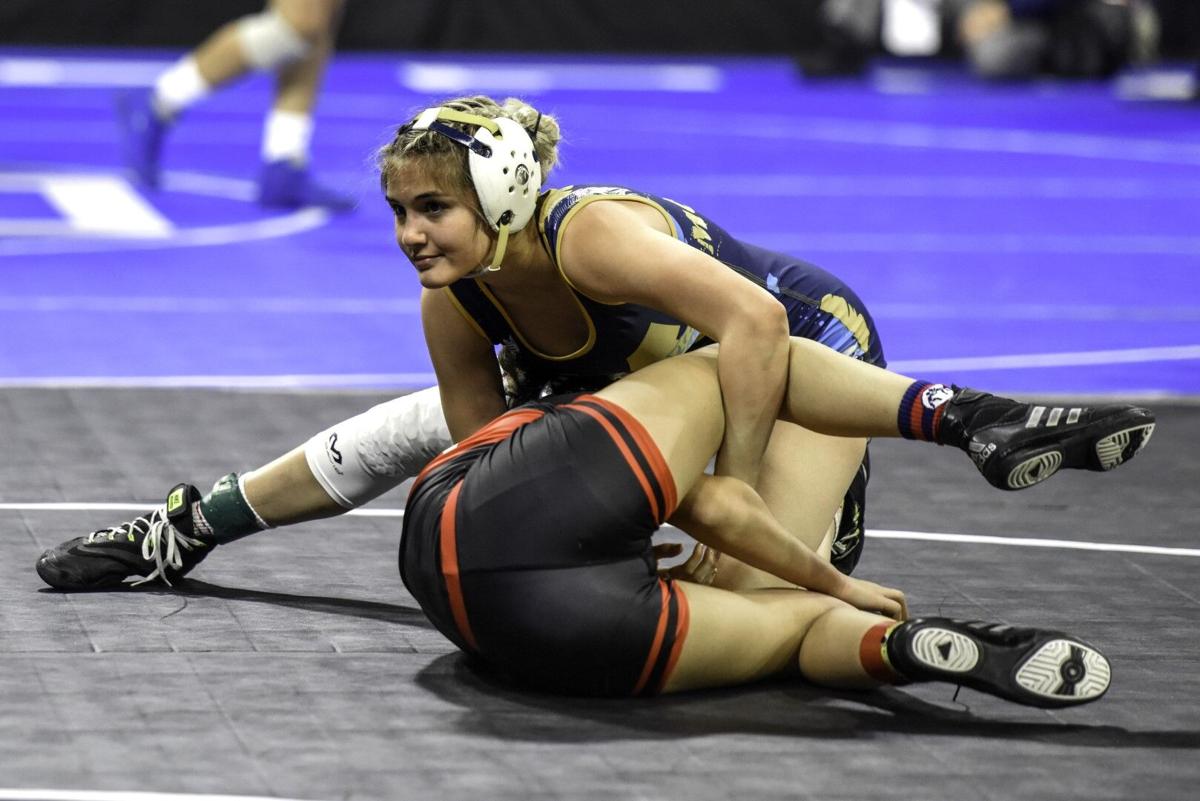 The storybook career for the greatest girls wrestler in Monache High School history is beginning a new chapter.

Senior Charlotte Kouyoumtjian signed on to the women’s wrestling program at Augsburg University in Minneapolis, Minn, during a small signing ceremony Tuesday at Monache. The Auggies of Augsburg are an NCAA Division III program.

Kouyoumtjian said she had wanted to go to Augsburg and knew it was the right place when she visited, then committed, last November.

“Everybody was really nice, and they kept coming up to me and talking to me and telling me stuff,” she said. “I’m just really shy, so I was like, I’m scared to go here because I’m not going to be good at making conversations with people. But they came to me, so it was easier.”

Kouyoumtjian also chose to become an Auggie because Augsburg has some of the best women’s wrestlers in the nation on their roster. Four wrestlers qualified for the US Olympic Trials, the team placed fifth at the National Collegiate Women's Wrestling Championships, and five wrestlers were named All-Americans.

Kouyoutmjian isn’t sure whether she’ll wrestle at her usual 116 pounds or go up to 122, but she is excited about the idea of wrestling with the best and being challenged. Or, as she puts it, getting “beat up.”

“I’m excited because I’m finally going to have girl partners,” she said. “Our girls’ team, we didn’t really have a full lineup, and most of the girls were either bigger (or) smaller. And I’m just excited to train with people who are better than me, like by a lot, so I can get beat up...I feel like if I get beat up, I’ll get better from that instead of getting beat up by boys who are big. At least (I’ll) have some kind of chance with girls my size.”

In California, there was rarely ever anyone better than Kouyoumtjian.

As a freshman, she won the largest and most prestigious girls wrestling tournament, the Napa Valley Classic. Then as a sophomore, she won the Central Section Masters Championship and medaled at state with a third-place finish. Kouyoumtjian won Valley again as a junior, then went even further to become the Marauders’ first-ever female state finalist. She finished second in a close 6-5 loss to Desinee Lopez of Folsom. Kouyoumtjian ended her Marauder career with a record of 105-7.

“For my money, Charlotte’s one of the most accomplished athletes that’s donned the blue and gold,” MHS girls head coach Jim Short said.

He added, “I have to believe that barring COVID and injury, she would’ve been a three-time Valley champion and odds on favorite to win the state of California this year. And I don’t think you could do it any better than that. I think that’s a storied high school career.”

Kouyoumtjian’s career as a Marauder is remarkable for many reasons in that almost everything she did, she was the first to do it. But it was her junior season that sets truly defined her as one of the best athletes ever, male or female.

Last season Kouyoumtjian came down with a viral infection that plagued her all season and kept her out of some matches. It was so bad that it pained her to train and she was constantly having trouble breathing. But she kept fighting.

In the CIF State semifinals, Kouyoumtjian pinned Elena Ivaldi of Del Oro in 1 minute, 56 seconds to advance to where no female Marauder had ever been before -- the state finals. In one of the rare moments where she showed emotion, a crying Kouyoumtjian leapt into the arms of Short to celebrate how far she’d come.

Kouyoumtjian was The Recorder’s Orange Belt Girls Wrestler of the Year in 2018-19 and 2019-20, but her accomplishments exceeded Monache, the city, and even the state. She became Monache’s first-ever California USA Wrestling Triple Crown Winner as a freshman after winning the Cadet and Junior Folkstyle championships and Cadet Freestyle championship. That summer, she also went to nationals for the first of two times and placed second.

With her high school career over, Kouyoumtjian can now focus on wrestling at the collegiate level. At Augsburg, Short believes anything is possible for the young wrestler.