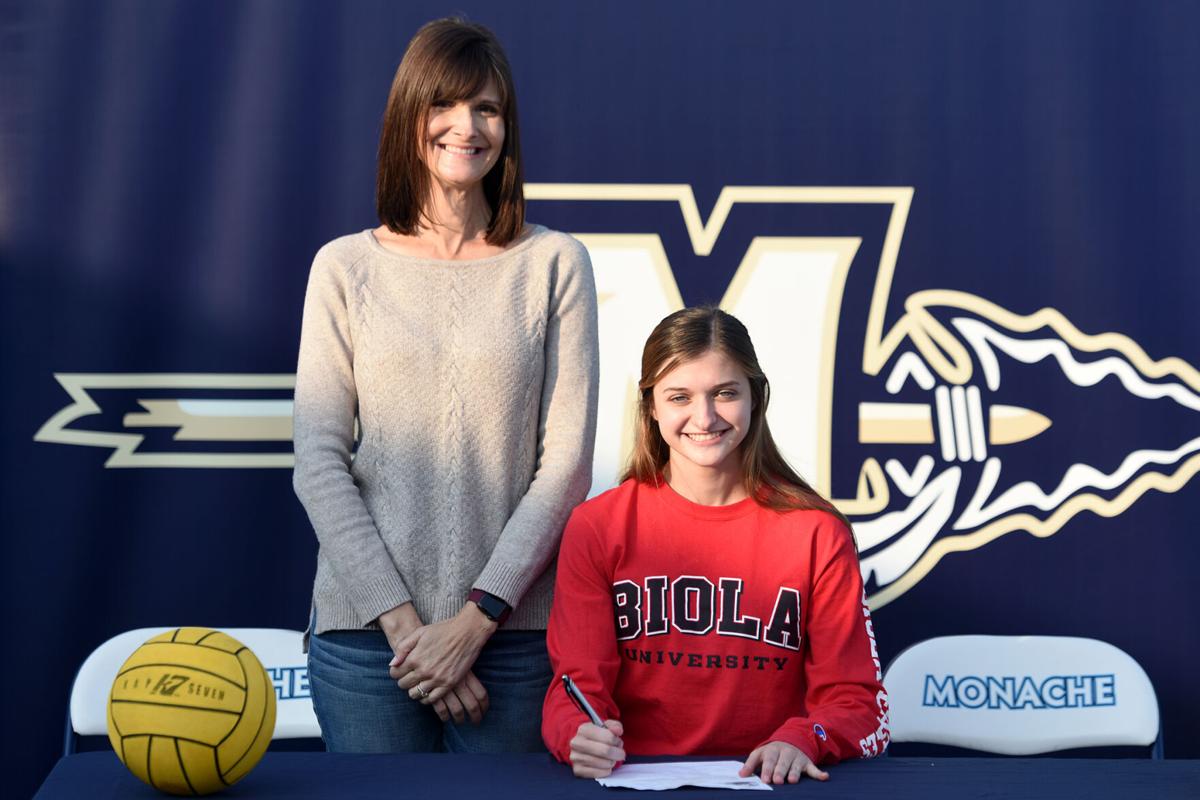 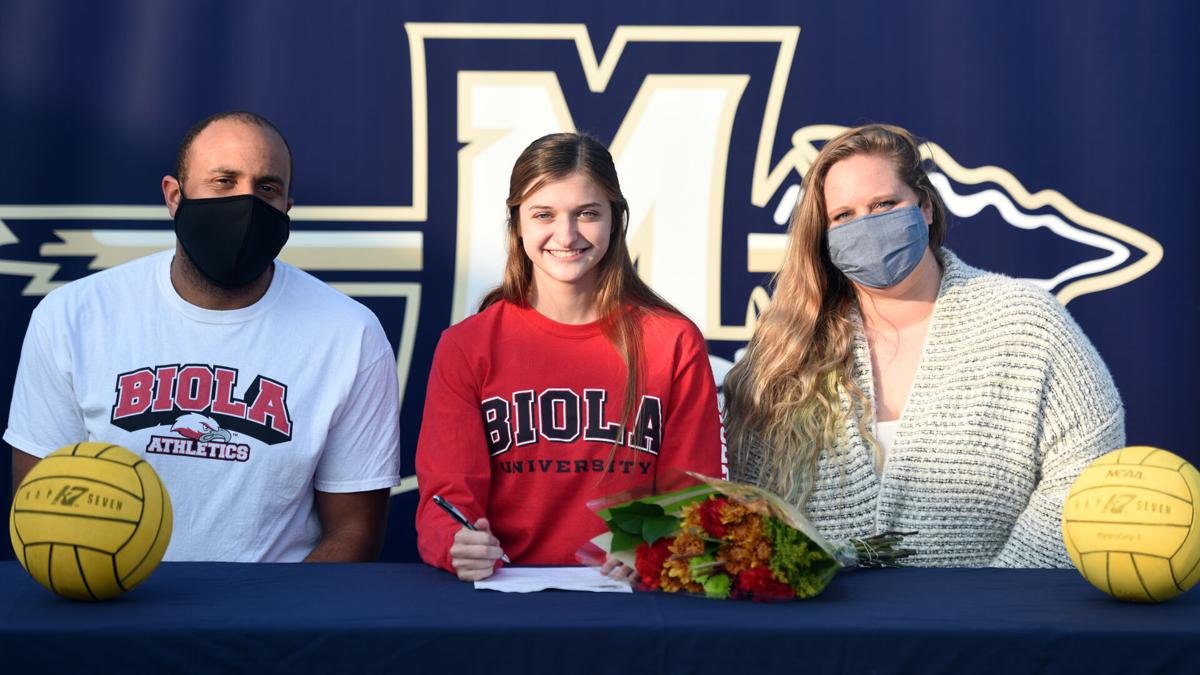 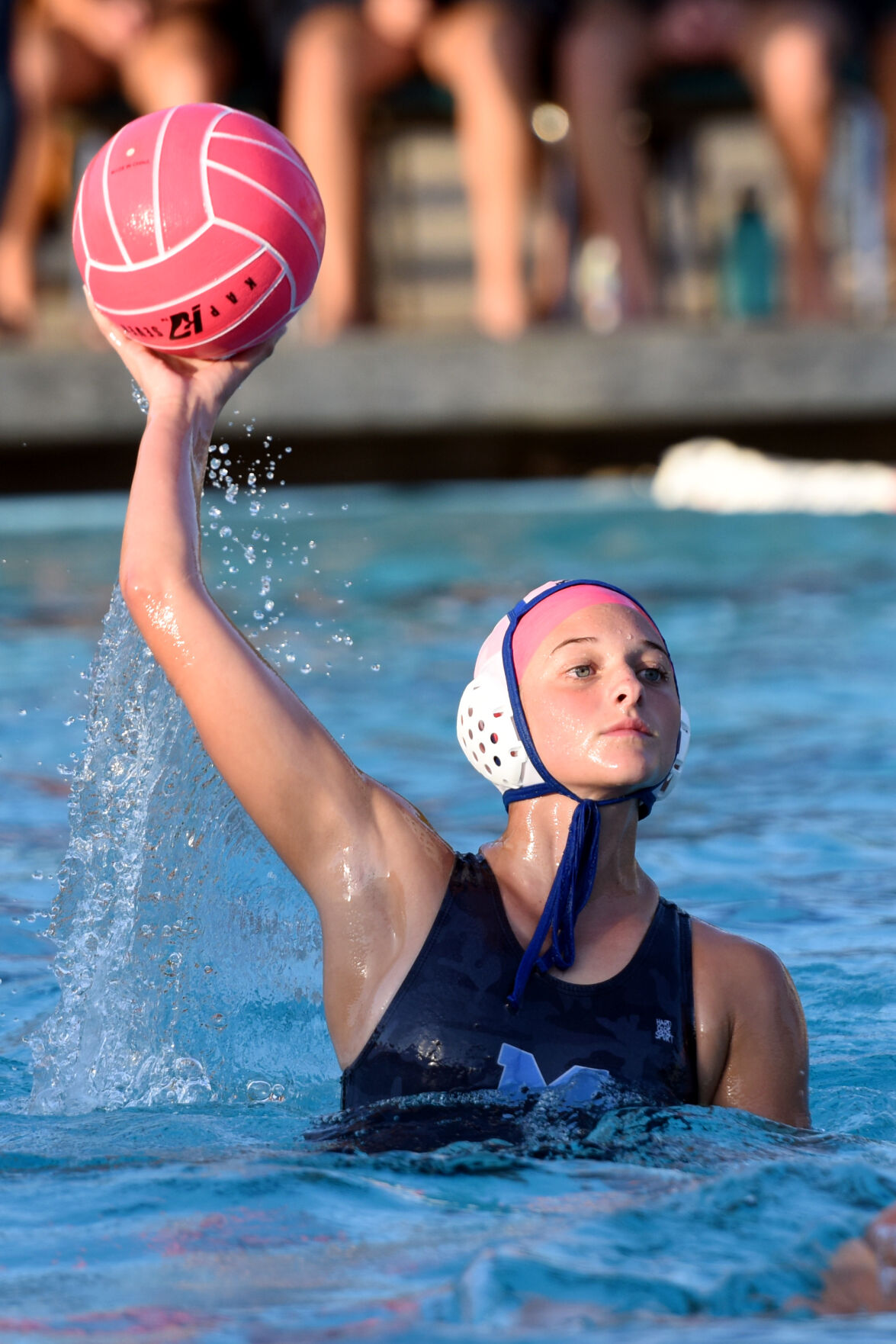 The future is red and black for Ava LoBue.

On Monday, the Monache High School senior signed a National Letter of Intent to play women’s water polo with Biola University in the Eagles’ inaugural 2021-22 season.

LoBue marked the occasion with a signing day at the Marauders’ pool with family and coaches Kyla Conway of Monache and Jack Amaral of Exeter Water Polo Club.

LoBue started playing water polo six years ago and fell in love with the sport.

“I love everything about it,” she said. “I like that we’re just doing stuff the whole time, playing on people, being aggressive. I love how aggressive it is. It’s just a really rewarding sport cause it’s a lot of hard work.”

This season will be LoBue’s fourth year on Monache’s varsity team. LoBue was recognized twice as an All-East Yosemite League player through her past seasons and played in two CIF Central Section Division II championships.

As a Marauder, LoBue said she always has fun with her team and enjoys playing for Conway and previous MHS head coach Brandon Weaver.

“I’m so proud of her,” said Conway, who’s in her second year. “She’s my first player to (sign)….I had a lot of talented players last year, but one thing about Ava is that I’ve never been around another player who loves it as much as she does. Her love for it, her work. Everything has come together and paid off for her. So it’s a privilege to be able to watch (her sign). I’ve known her since she was born. I’ve coached all her siblings in (recreation) swimming...But I’ve known the family forever, and so just to watch that amount of success, it’s amazing. I’m so proud of her.”

Because of COVID-19, the recruiting process took a little getting used to for LoBue, but she ended up deciding on Biola because it had a lot to offer.

“There’s a lot of different aspects,” she said. “The culture there is really great. The religious aspect. And it’s a new program with a really great coach, and I think that it will be a great group of girls.”

LoBue also said she plans to become a nurse and will study biology at the private Christian university in La Mirada, located south of Los Angeles.

At Biola, LoBue will join club teammate and former rival, Samantha Rainey. Rainey, her twin Shyanne and Rosemary Chapman all played for Porterville High and Exeter Water Polo Club. Although Biola has not decided on what conference it will play in, LoBue will likely face Shyanne (Azusa Pacific) and Chapman (Fresno Pacific) in future games.

“I think it’ll be cool that we played club together, we were high school rivals, and now we get to play together, and play against each other,” LoBue said. “That’s fun that we all get to keep doing that.”

LoBue has one last season to play with the Marauders before joining the Eagles as an attacker. However, when she does get to the collegiate level, her coach knows she will excel there.

“She’ll do great,” Conway said. “And one thing with her is she’ll never feel like, ‘Oh, I’m good enough.’ She’s never that type. She’ll continue to work as hard as she needs to. She’ll put hours in the weight room. She’ll put hours in the pool. She’ll give it 110% all the time. And so, I’m not worried about her rising to any occasion that she needs to. The coach doesn’t know what she has. She’s extremely lucky to get a girl like Ava who will put in the work all the time.”